The Mighty Bruins Shut Out Trafficking

This year, the End Trafficking project has partnered with the National Consortium for Academics and Sports (NCAS) to implement Shut Out Trafficking on ten university and college campuses across the US to raise awareness and promote action to end human trafficking. This story was written by Esha Jalota and features her experience working on Shut Out Trafficking at UCLA, which took place between April 6th-11th, 2015. This is part of a series on the 2014-2015 Shut Out Trafficking initiative.

My peers have known that human rights and particularly sex trafficking has been something I have always been interested in. Shut Out Trafficking had initially reached out to UCLA Athletics and administration and the Undergraduate Students Association to bring on more students to the steering committee. When the current student body president brought me into these initial meetings, I immediately began to involve myself in every step of the planning. UCLA has always had a multitude of events occurring simultaneously on this campus, but the incorporation of UCLA Athletics in these events brought in an entirely new dynamic to these events. Additionally, the combination of student government leaders on this campus and other interested students like myself integrated these events on our campus beyond other UCLA programs. 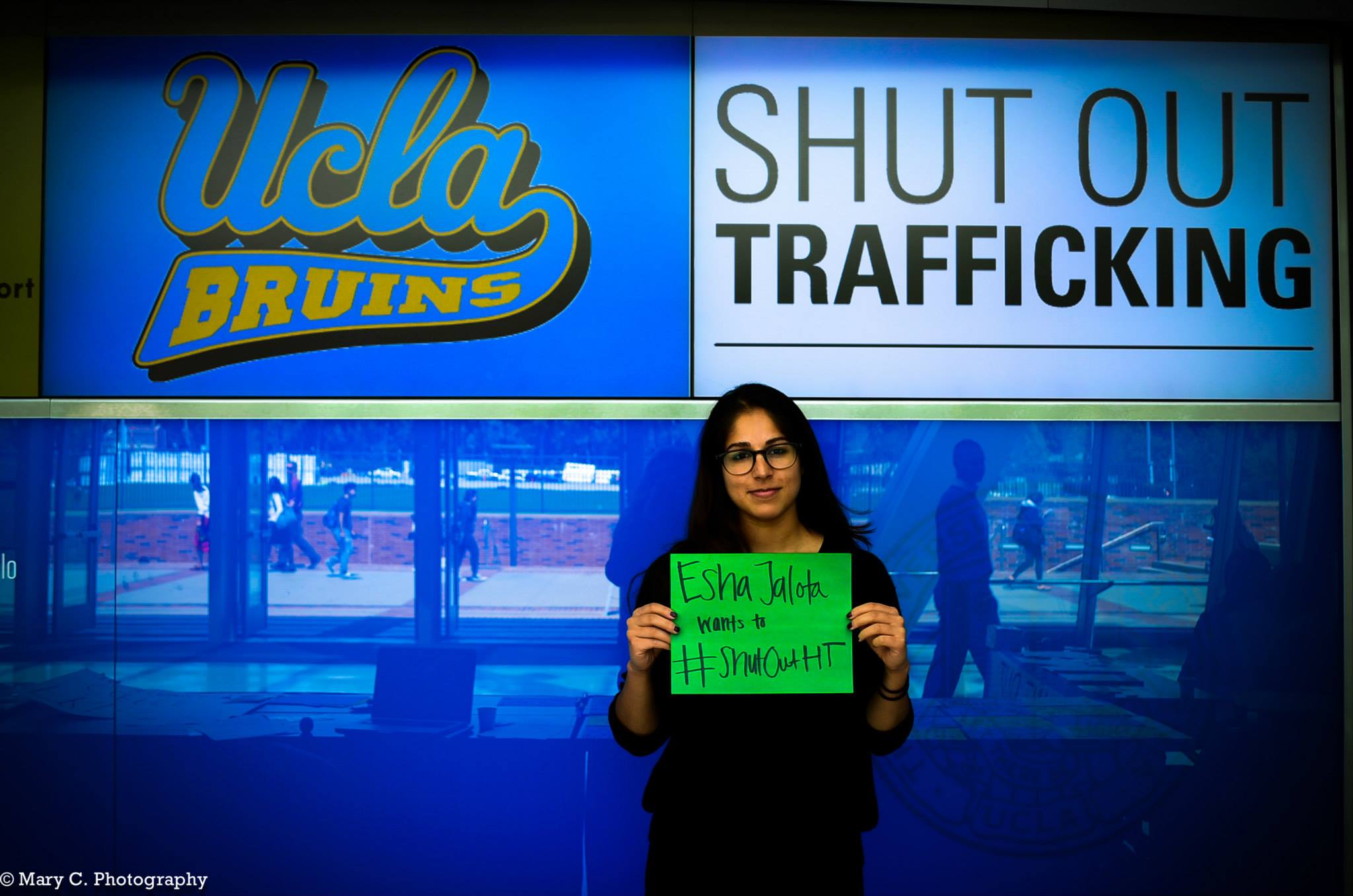 As one of the few fair trade campuses in the country, UCLA has set a high standard for other universities to follow suit. However, we can do more. I believe that Shut Out Trafficking Week helped fill in the gaps of educating my peers on the issue of human trafficking on a global, national, and local scale. We were able to bring in fair trade vendors from Los Angeles to showcase and sell their products to UCLA students. We launched a photo campaign where students, athletes, and administrators alike were able to stand in solidarity with Shut Out Trafficking. Moreover, this experience has both educated me even further on the issues of human trafficking on a local level and national level and allowed me to help my peers learn about these issues as well. 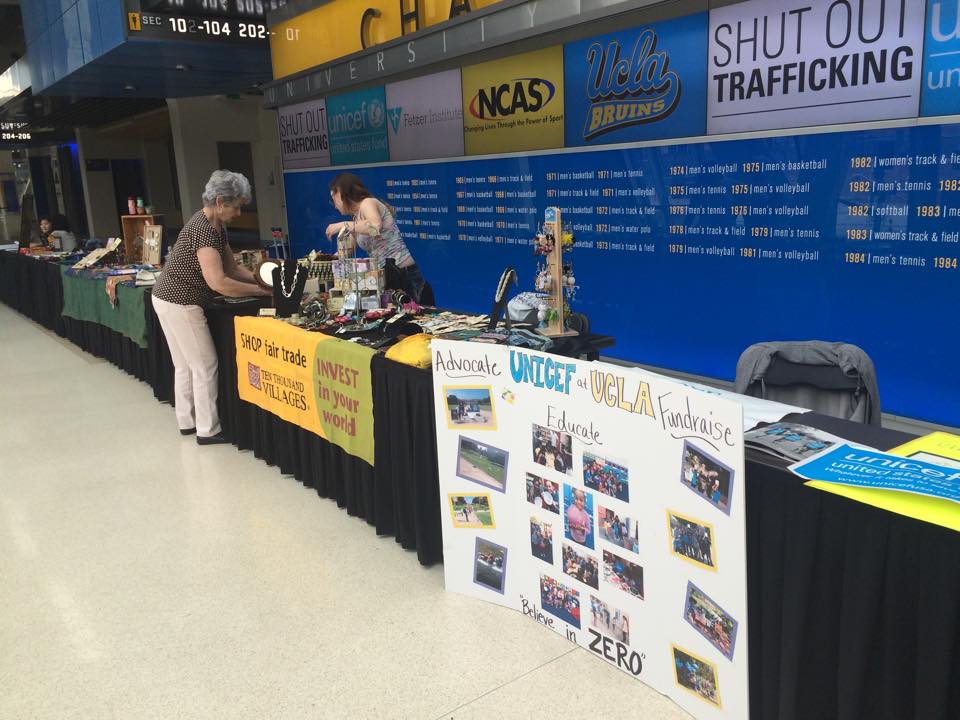 The Keynote Presentation in the Pauly Pavilion Club was an important moment for this week - the high attendance of student-athletes along with the successful photo campaign was a great way to kick off the week. Students were able to ask questions at the end of the presentation, thereby extending their knowledge about the issues discussed. 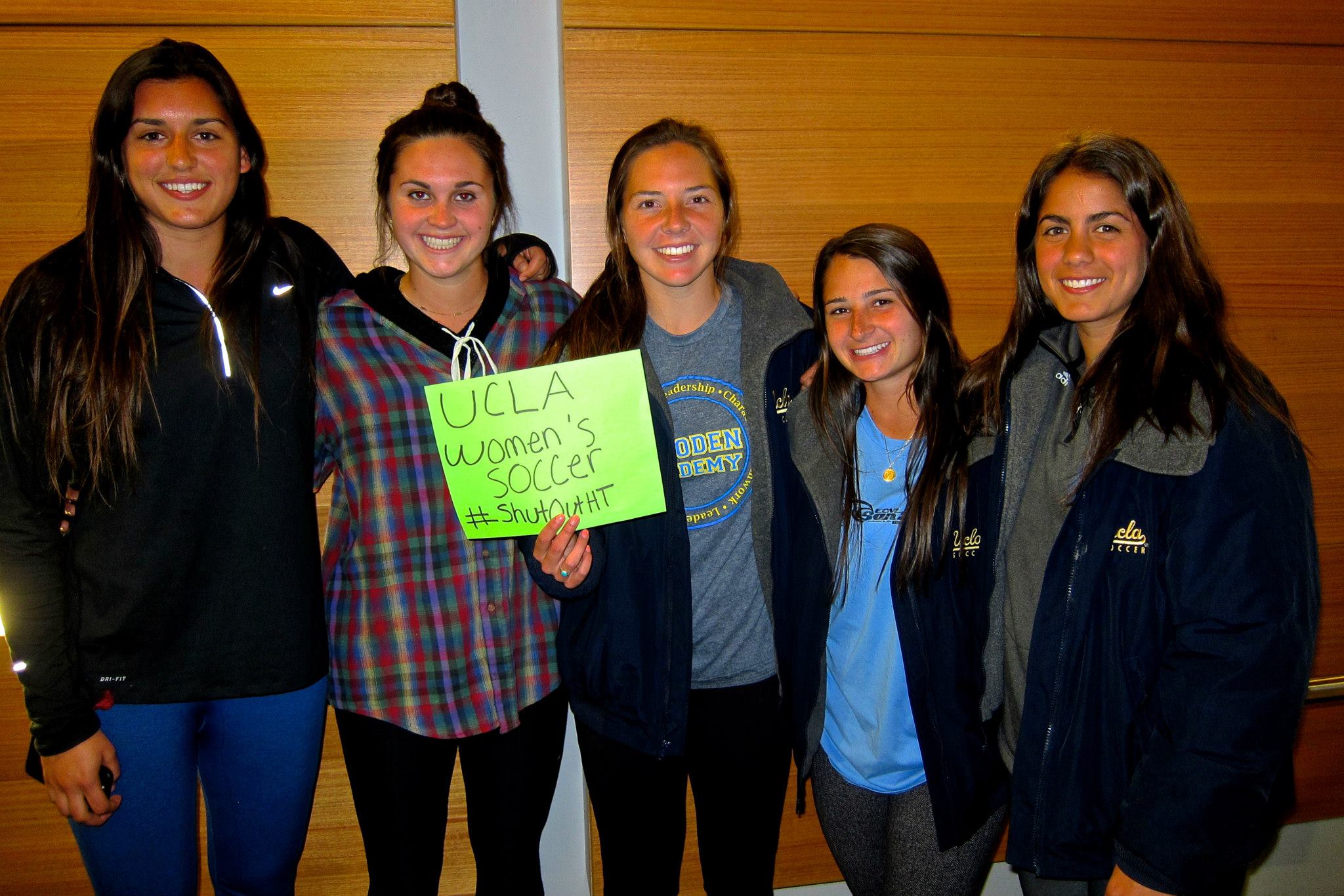 This week was more than being a part of different programing events. It demonstrated the power of issues and how people from different walks of life can be brought together to fight this issue together. Although this week has ended, I want to continue fighting human trafficking through non-profit organizations while simultaneously educating my peers on these issues.

Shut Out Trafficking Week at UCLA is the kind of event that the UCLA campus should continue to support and bring to its students, and I hope to continue working with UCLA Athletics and administration to ensure the continued efforts of bringing more awareness of human trafficking to the UCLA population.