Mental Health Services for Refugees and other Displaced People

By Kieu My Phi

In February 2021, UNICEF UNITE leaders and Neil Joseph Nakkash, a UNICEF UNITE Youth Representative, came together toto highlight the mental health crisis within refugee communities. Neil brought together a panel of professionals who discussed and answered questions on this important topic. 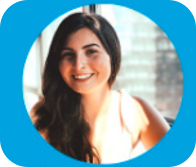 Leena Zahra, a Syrian-American and the Co-Founder and current Advocacy Lead for In-Sight Collaborative,shared her experience volunteering on the Macedonian Greek Border in 2016. Here, she met the In-Sight Founder who saw that families coming through Turkey for “endless possibilities and refuge in Greece were facing unimaginable difficulties.”

Zahra shared that almost 80 million individuals are forcibly displaced and that every two seconds someone is forced to flee their home - with the COVID-19 pandemic compounding the problem. She noted that refugees also may face social isolation, a loss of communication with their loved ones and overall fear and anxiety about the whole process.

Furthermore, Zahra believes the best way to advocate for mental health services during the COVID-19 era is through the power of storytelling. Zahra’s sentiments are reflected on In-Sight's Blog, a page created to establish a space for the stories of refugees to be shared. 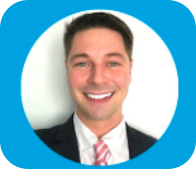 Connor Mautner, Founder and Managing Director of the Chicago Refugee Coalition (CRC), spoke on the impact his organization is having in the Chicago area. After conducting a “listening tour” throughout Chicago, Connor and his team created programs focused on food security, childcare, women’s economic opportunity and gender equality.

Their Food Security Initiative highlights their holistic support as they strive to provide more that 35,000 meals to the refugee community in Chicago. Mautner also noted that food insecurity is a major source of anxiety among refugee youth. Laila Khoudeida, a social worker and the co-founder and director of Women Affairs at Yazda Organization, was the final panelist Khouedeida’s organization was founded by Yazidi students and professionals in response to the 2014 attacks on Yazidisin Iraq when 12,000 people were killed or abducted by ISIS and thousands more were taken into captivity in different parts of the Middle East.

In 2021, 300,000 people remain displaced and scattered across camp complexes and the Kurdistan region. She noted that these camps have not been renewed or changed in the last seven years and that the people there are suffering from multiple layers of trauma.

At the camps, Yazda provides women’s psychosocial support programs such as one-on-one counseling, support groups, handicraft groups, and a pilgrimage to Lallish (Yazidi sacred site) to help promote different levels of mental healing. Yazda also provides education projects for survivors of ISIS enslavement to address the education gap that was created due to the absence of children being in school during the last three years. To close, Khoudeida highlights that through her work, she sees that survivors are struggling with depression, PTSD, and major anxiety disorders. She asserted that “the refugee mental health crisis is more than just that, it is a human crisis,” and we all need to come together to address it.