LDS Charities and UNICEF Light the World for Children

LDS Charities and UNICEF USA came together to help children this past holiday season in an unexpected way: Giving Machines.

This past holiday season, The Church of Jesus Christ of Latter-day Saints brought charitable giving to the streets of New York; Salt Lake City; Gilbert City, AZ; London and Manila in an unexpected way: Giving Machines. Using one of the most common and easily understood transactional platforms — the vending machine — these Giving Machines allow a passerby to make donations to both local and global charities, purchasing anything from winter boots and holiday meals for families in need to malaria treatments, baby resuscitation kits and School-in-a-Box kits for children and families around the globe.

UNICEF was proud to be featured as one of the global partners in New York, Salt Lake City and Gilbert, where UNICEF Inspired Gifts were on display for "purchase." 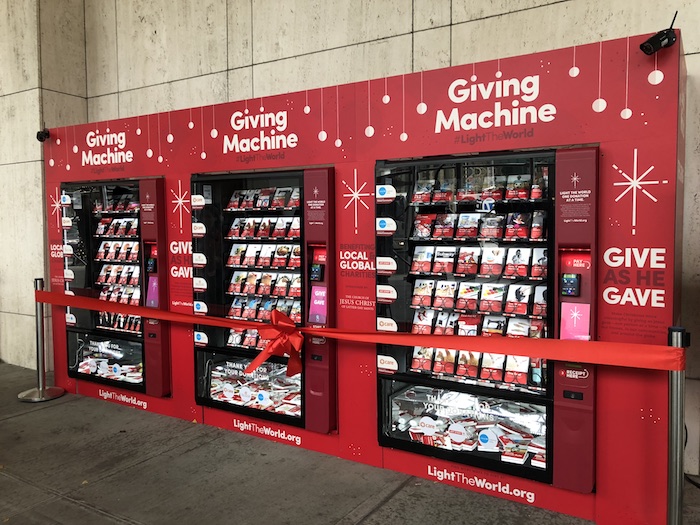 For the 2018 #LIghtTheWorld campaign, LDS Charities set up Giving Machines in five cities, raising $2.3 million in donations in just one month. © UNICEF USA/Procida

The #LightTheWorld campaign took place from Giving Tuesday (November 26, 2018) through the end of the year, allowing members of the Church and the general public to purchase UNICEF Inspired Gifts.

The UNICEF Inspired Gifts chosen to be in the Giving Machines included lifesaving supplies such as mosquito nets, vaccines and Ready-to-Use Therapeutic Food packets, and items that ensure vulnerable children can learn and play — and just be kids! — including backpacks, soccer balls and School-in-a-Box kits to keep children learning even in the midst of displacement and disaster. 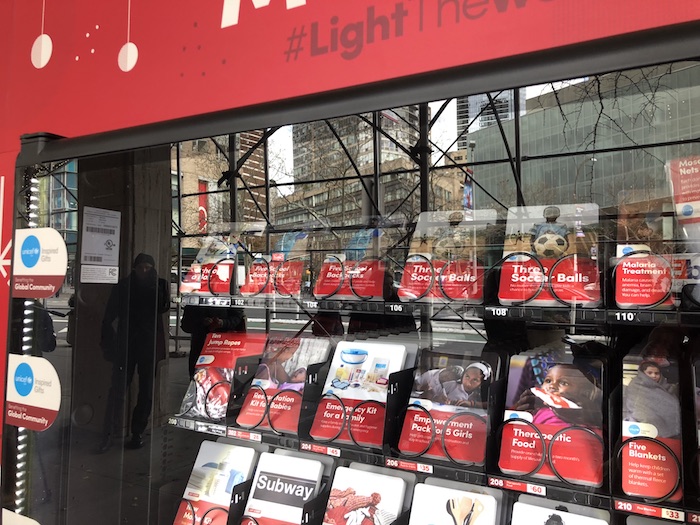 "It is such a fun and easy way to give," said UNICEF USA Vice President, Global Cause Partnerships Leslie Goldman.

It is such a fun and easy way to give. — Leslie Goldman, UNICEF USA Vice President, Global Cause Partnerships

Through the #LightTheWorld campaign, more than $450,000 was raised for UNICEF Inspired Gifts!

Thanks to the support UNICEF received, 370,000 polio vaccine doses can be purchased and 3,564 soccer balls can go to children in communities all over the world. More than 9,300 children can benefit from education in emergencies thanks to School-in-a-Box kits and 2,732 resuscitation kits can be procured, saving countless babies' lives.

This impact is possible thanks to UNICEF USA partners LDS Charities and The Church of Jesus Christ of Latter-day Saints — who invited UNICEF USA to join the #LightTheWorld initiative — and the thousands of individuals who stepped up to Giving Machines last year and made a donation to help a child in need.

Below are just a few examples of the impact UNICEF Inspired Gifts can have on children around the world:

UNICEF Representative in Serbia Michel Saint-Lot visited the Jovan Ristic primary school in Borca, Serbia, where UNICEF backpacks filled with school supplies were distributed to all students, including refugee and migrant children. © UNICEF/UN0118963/Vas

UNICEF backpacks are the perfect size for young students to carry the materials they need for successful learning in school. 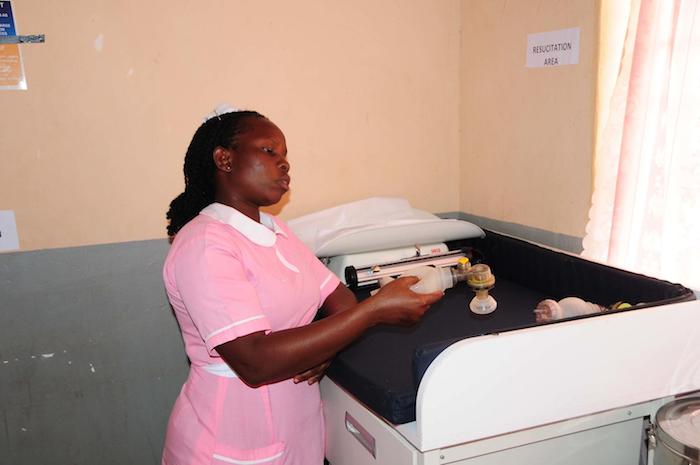 Midwife Betty Ipoot is one of the four midwives in Apeitolin Health Center in Uganda's Napak district. Above, she displays a resuscitation kit for newborn babies. © UNICEF/UN0232726/Adriko

Lifesaving baby resuscitation kits provide immediate emergency assistance to save the lives of newborns who are not breathing properly at birth. 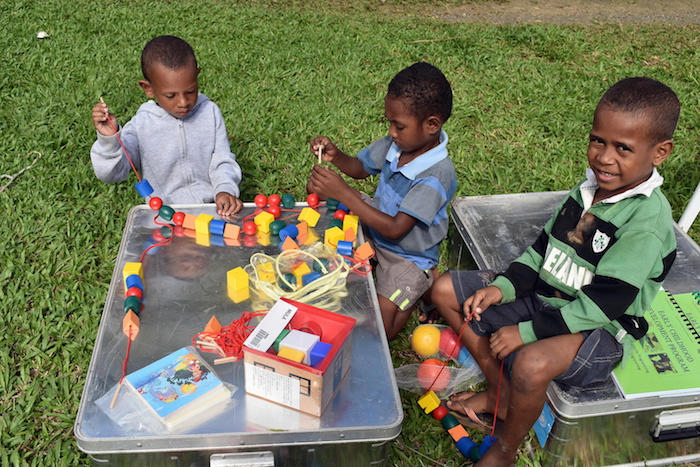 A single School-in-a-Box kit contains enough supplies and materials to help at least 40 children continue their education during times of emergency and conflict. Classroom materials come packed in a large aluminum case: notebooks, pencils, erasers, scissors, posters, a teaching clock, markers and flip chart — even an inflatable globe for geography lessons. The kit also contains resources for teachers, including special information on social inclusion and teaching children with disabilities. 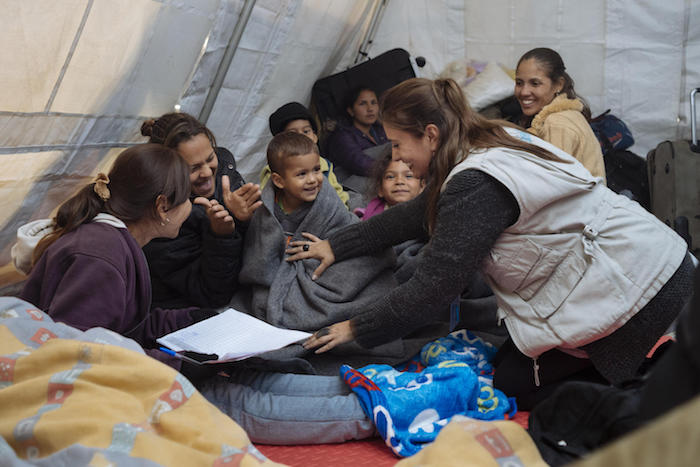 Maria Belen Rodriguez, a UNICEF Ecuador official, distributes thermal blankets to Venezuelan women and children in Rumichara on the Colombia - Ecuador border in August 2018. Families fleeing economic collapse in Venezuela are often unprepared for the cold in Rumichara, where temperatures drop into the 30s at night. © UNICEF/UN0247726/Arcos

LDS Charities is the humanitarian arm of The Church of Jesus Christ of Latter-day Saints. Its purpose is to relieve suffering, foster self-reliance and provide opportunities for service. LDS Charities sponsors relief and development projects in 189 countries and gives assistance without regard to race, religious affiliation or nationality. Aid is based on the core principles of personal responsibility, community support, self-reliance and sustainability. Largely run with volunteer labor, LDS Charities operates both independently and in cooperation with other charitable organizations and governments.

LDS Charities and UNICEF USA have been in partnership since 2013, supporting programs to reach the world's most vulnerable children and families.