Inside Migrant Shelters at the U.S.-Mexico Border | UNICEF USA

Inside Migrant Shelters at the U.S.-Mexico Border

In early September, the Department of Homeland Security and the Department of Health and Human Services proposed regulations that would allow children to be detained indefinitely. Both family separation and detention are bad for children. Please join our UNICEF UNITE grassroots advocates in speaking out to stop this harmful proposal.

Coyotes offer a package deal: three attempts to be smuggled over the border into the U.S. for one flat rate. Their Central American and Mexican clients pay because they have run out of choices. Their hometowns are controlled by violent gangs. They need jobs. They want their children to grow up in safety and to have a chance at a better future. So they hand over the money and take their chances on the dangerous journey across the Rio Grande. 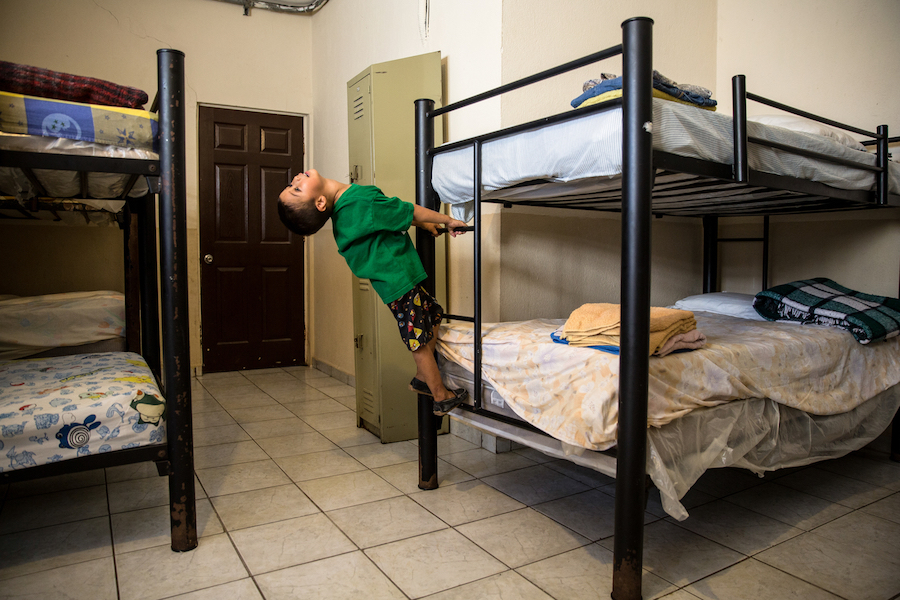 Parents face an agonizing decision: stay home surrounded by crime and violence, or strike out for the unknown, where many are killed or kidnapped en route. Above, a 4-year-old boy plays on a bunk bed at the Casa del Migrante, a shelter for migrants run by Catholic nuns in Reynosa, Mexico across the border from McAllen, Texas. He and his mother, 2-year-old baby brother and 6-year-old sister were trying to join family in the U.S. when they were caught in Roma, Texas and deported across the Rio Grande. At the Casa del Migrante, they were given a place to sleep, nutritious food and clean clothes. "I'm very tired and without money now," his mother said sadly. "I have to go back home. It's too dangerous for the kids."  © UNICEF/UN030703/Zehbrauskas 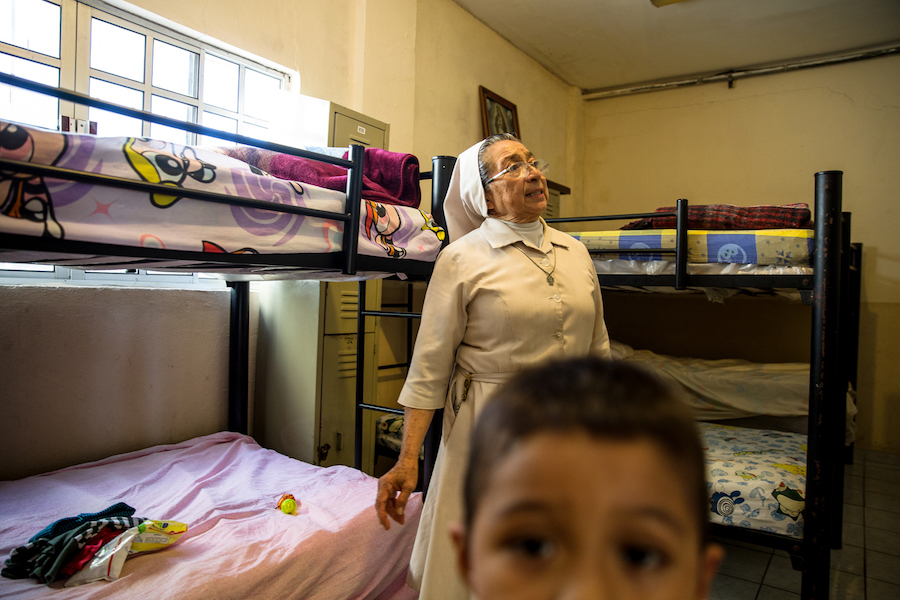 Mexicans and Central Americans line up at the U.S.-Mexican border to make asylum requests. Shelters run by charities in border cities like Reynosa, Tijuana and Nogales all have reported an uptick in migrant asylum seekers. Above, Sister Maria Nidelvia Basulto visits with some of her guests at the Casa del Migrante in Reynosa, which houses both migrants hoping to reach the U.S. and deportees preparing to return home. © UNICEF/UN030702/Zehbrauskas 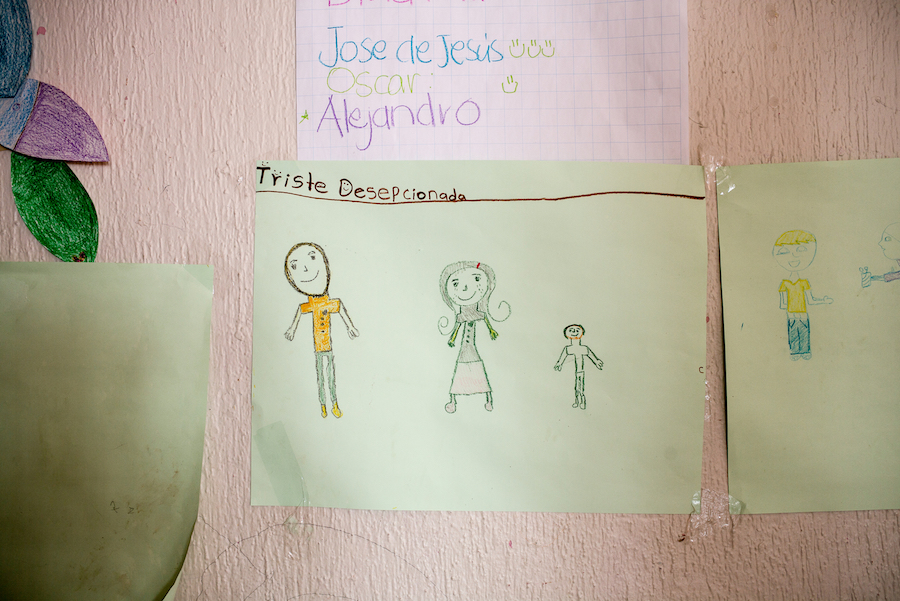 A child's drawing taped to the wall at Casa Hogar, a shelter in Reynosa for children under the age of 12, is titled, "Sad. Disappointed." Child psychologists report that migrant children are at high risk of anxiety, depression, post-traumatic stress and other mental health problems. © UNICEF/UN030701/Zehbrauskas 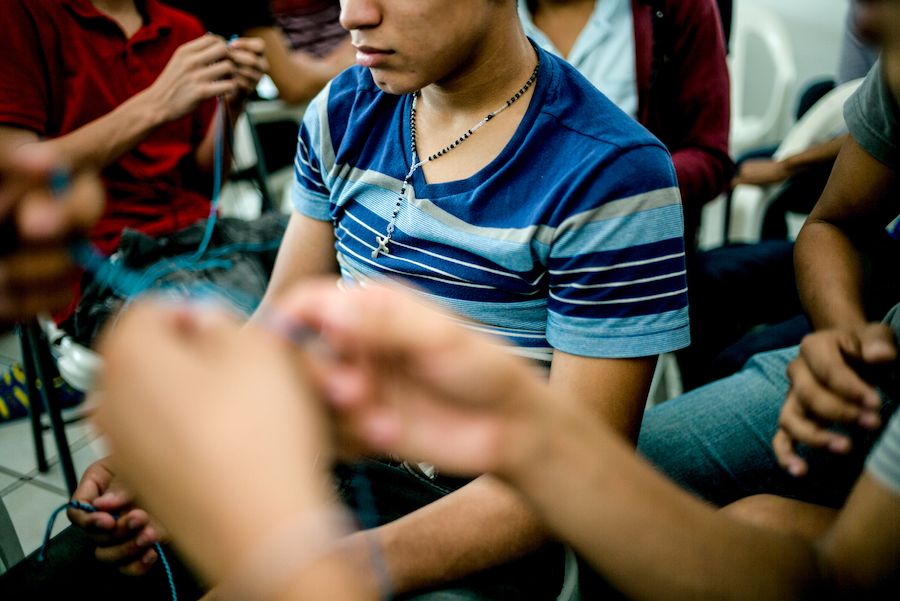 While they are awaiting deportation, some teenagers attend a crafts class at the CAMEF (Centro de Atencion a Menores Fronterizos or Border Youth Care Center) in Reynosa. Minors between the ages of 12 and 18 apprehended trying to cross the border or deported back to Mexico are brought here. For some children, deportation may end up being a death sentence. Anyone who fled from a gang or other criminal organization is at high risk of being physically or sexually assaulted or killed upon returning home. © UNICEF/UN030691/Zehbrauskas 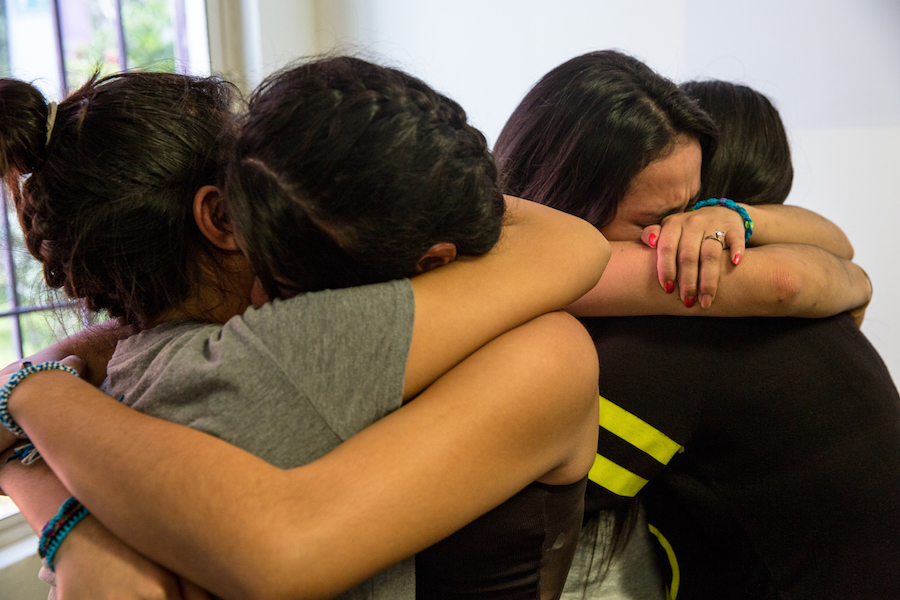 Before being deported back to their home countries, Central American teenage girls say a tearful goodbye in the girls' dormitory in the CAMEF (Centro de Atencion a Menores Fronterizos or Border Youth Care Center) in Reynosa. Girls and women travelling alone often encounter physical or sexual assault along the way, sometimes by the people they have paid to help them get to safety. In spite of all the hardships they face on the trip — hunger, extortion, assault, exhaustion, fear — many will try again. © UNICEF/UN030695/Zehbrauskas

Learn more about how UNICEF is mobilizing to protect and support Central American migrant children every step of the way.

Top photo: Central American migrants at the migration station located at the end of the bridge connecting Reynosa, Mexico and McAllen, Texas. Undocumented migrants detained on either side — families with children — are brought here. © UNICEF/UN030733/Zehbrauskas