How UNICEF Works to Stop Tetanus, One Country at a Time

Despite great progress in the long fight to wipe out maternal and neonatal tetanus (MNT), too many mothers and babies remain at risk. UNICEF MNT elimination specialist Dr. Azhar Abid Raza, recently back from Haiti, describes what it's like on the front lines of this ongoing battle.

The symptoms are excruciating. Mothers and babies who contract maternal and neonatal tetanus (MNT) are ultimately robbed of their lives, and death follows days of pain and suffering. The good news is, the disease is entirely vaccine preventable. UNICEF and its partners are committed to reducing the number of cases to virtually zero, which can be achieved through inexpensive immunization and by promoting hygienic delivery and cord care practices during childbirth.

Since 1999, UNICEF and partners have immunized more than 145 million women in 53 countries — efforts that have helped slash the number of endemic countries by two-thirds, from 59 to just 19 today. This is tremendous progress, but the fight is far from over.

Making sure that MNT is eliminated once and for all across the globe is all part of a day's work for Dr. Azhar Abid Raza, a UNICEF health specialist based in New York. We caught up with Dr. Raza to find out what it's like on the front lines.

DR. AZHAR ABID RAZA: It has dual benefits and dual protection — that is the best part of it. You are saving children and their moms, but vaccinating mothers only!

What do you see in countries where MNT is still a threat?

RAZA: The countries are working hard, yet I still see a lot of room for improvement in community immunization programs and in health services, particularly antenatal care. When we conduct risk assessments of a country, we look at the infrastructure and procedures that are in place to determine whether women are getting the protection they need. 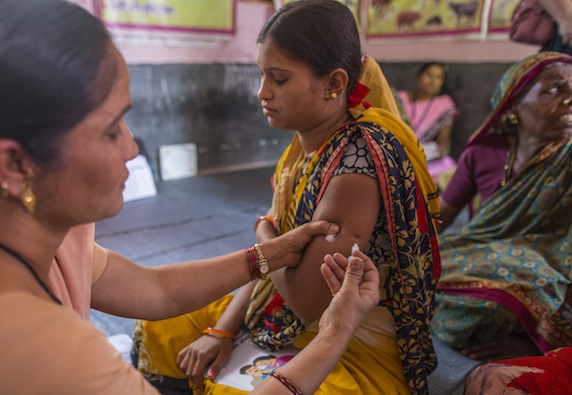 A pregnant woman is immunized against tetanus in a health center in India, where the government, working with UNICEF and partners, successfully eliminated MNT in 2015. © UNICEF/UN016365/Singh

How do you assess MNT risk?

RAZA: We look for routine vaccination and delivery care coverages. We like to see that vaccines are available at clinics when women come in for routine checkups. We survey women in villages that are miles away from the nearest facility to see if they are getting care and whether their birth attendants are properly skilled in safe practices. We identify gaps and make recommendations.

Haiti was recently "prevalidated" for MNT elimination. What does that mean?

RAZA: It means the country has reached a significant milestone toward eliminating the disease within its borders. It is really the second to last step before a country can declare victory. We have outlined some final steps Haiti will need to take to be ready for the validation survey and become officially MNT-free.

What do investigators look at, specifically?

RAZA: We look at the numbers —  such as immunization rates, infant and maternal mortality and morbidity rates, and the access and utilization of vaccination and maternal care services. We identify the lowest-performing areas and review health facilities in those districts. We go into communities that are hardest to reach and survey the women to determine their level of protection. 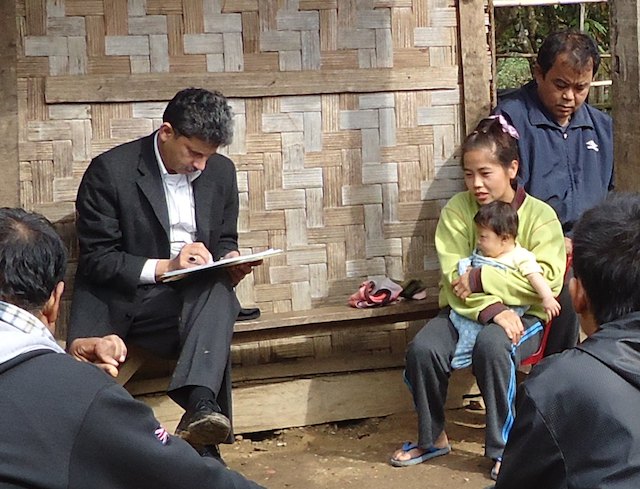 What do you ask the women you survey?

RAZA: We ask, where and at what point, either before you got pregnant or during your pregnancy, did you receive the vaccine? We ask, where did you deliver your last baby, and who assisted in that delivery? We ask whether they applied anything to the umbilical cord stump, and if so, what? Their answers to these survey questions tell us a lot about whether the system is working to prevent MNT.

After completing your investigation in Haiti, what did you conclude?

RAZA: We determined that even in the three lowest-performing districts in Haiti where women had been considered potentially still at risk, 95% or more of those who had delivered a baby in the last two years were found protected against tetanus. This means their babies were protected, too. These are the rates you want to see. The community health workers there are very dedicated and thorough.

Do countries ever fail these reviews?

RAZA: Yes. Recently, the Democratic Republic of Congo went for prevalidation and didn't get it. We identified some flaws in their health system. This might appear to be a setback, but it will only make them stronger, because they will be taking some corrective action that will help ensure that once they do get rid of the disease, it won't come back. 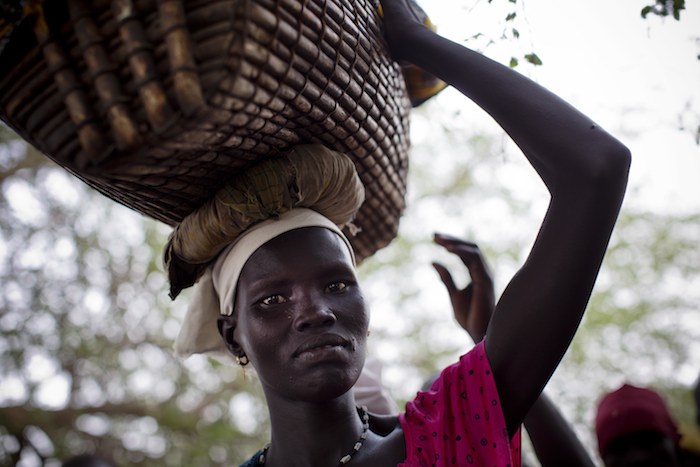 A mother waits her turn to receive a tetanus vaccine at a UNICEF-supported relief site in South Sudan. © UNICEF/UN016657/Holt

Is the field work dangerous?

RAZA: Things do happen. It's normal. Once when I was in a tribal area of Pakistan, North Waziristan, there was a missile attack nearby. The sound of the missiles firing woke me up, but I went back to sleep. I had to go to work in the morning.

Have you ever encountered resistance from people in villages?

RAZA: My driver and I were held at gunpoint while monitoring a polio campaign in a rural part of Sindh province. The locals thought I was a spy working for local police. They searched the car, but eventually, after local health staff intervened, they let us go.

What keeps you going?

RAZA: Witnessing the ripple effects of success and the motivation of regions, provinces and countries. I am from Punjab, Pakistan, a province recently prevalidated for elimination of MNT and undertaking the validation survey this month. When Punjab province "graduated" from the program, having hit all the necessary marks, Sindh stepped up its efforts. We saw the same phenomenon in India. Competition is good!

In 2010, Kiwanis International and UNICEF united to help end maternal and neonatal tetanus (MNT), a cruel, centuries-old disease. This initiative, The Eliminate Project, protects babies and mothers all over the globe, and is committed to helping to remove the terrible shadow of MNT from pregnant women living in the 19 countries still battling the disease.

Learn more about Kiwanis International and The Eliminate Project.