A country has eliminated the deadly but preventable scourge of maternal and neonatal tetanus — but in 20 more countries, the battle against the disease continues.

On May 19th, an important milestone was achieved: the World Health Organization (WHO) declared that Indonesia has eliminated the terribly painful and deadly disease of maternal and neonatal tetanus (MNT).

As recently as 2000, Indonesia was one of 59 countries where the risk of contracting the disease was highest. After India eliminated MNT last year, the four Indonesian provinces of Papua, West Papua, Maluku and North Maluku comprised the last pocket in South-East Asia still suffering from MNT.

With this development in Indonesia, is the entire South-East Region of WHO member states has been declared MNT-free. 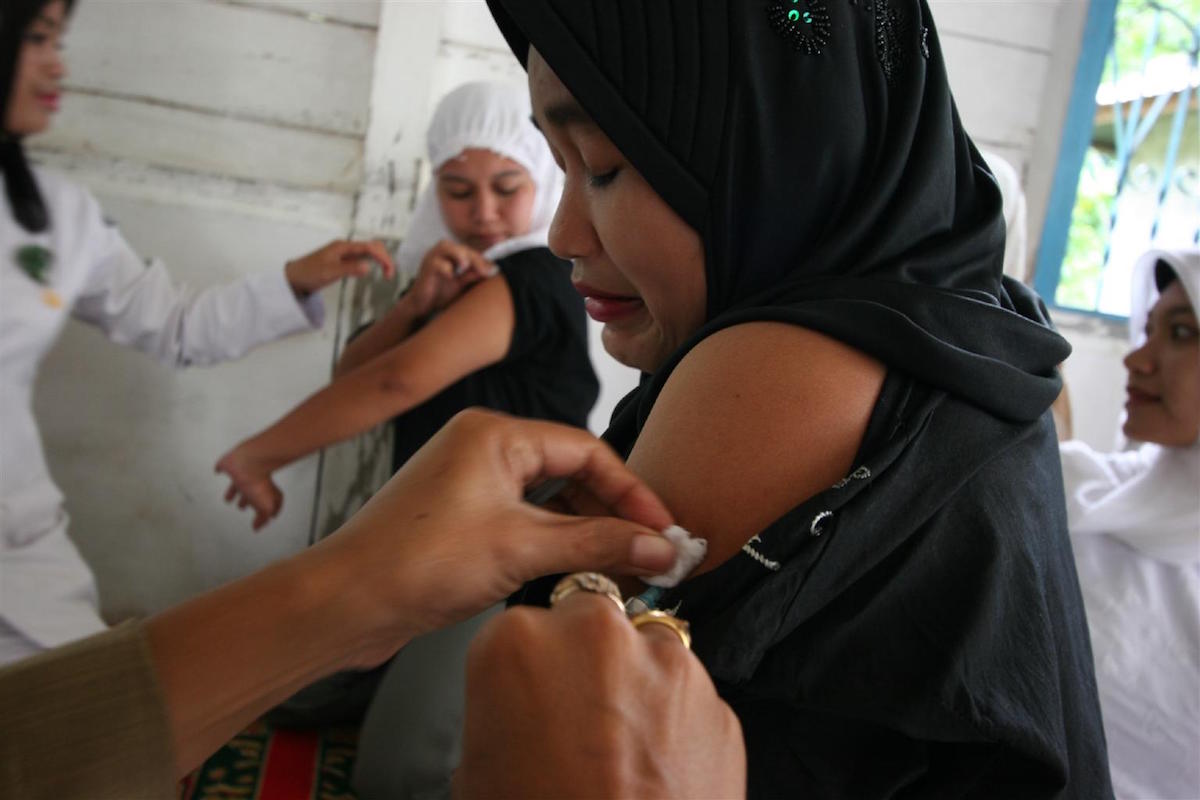 A woman's arm is swabbed by a health worker following a tetanus vaccination in the village of Semeureung, Indonesia. © UNICEF/Estey

The struggle to eliminate MNT is a long and difficult one — and ongoing. In 1988, there were an estimated 780,000 deaths from neonatal tetanus globally. In 1999, UNICEF, WHO and the United Nations Population Fund (UNFPA) made a commitment to reduce tetanus among mothers and their children around the world. Between 2003 and 2015, approximately 1.4 million Indonesian women of reproductive age in high-risk districts were protected with at least two doses of tetanus vaccine, thanks to the work of the national and provincial governments, UNICEF and partners.

In 2010, UNICEF partnered with the global service organization Kiwanis International to launch The Eliminate Project. The project is aimed at raising $110 million to help vaccinate 129 million women of reproductive age, protecting them and their future newborns against the debilitating and fatal disease of MNT. The Eliminate Project continues to help 20 countries still battling the disease — nearly all also withstanding the pressures of poverty and conflict. 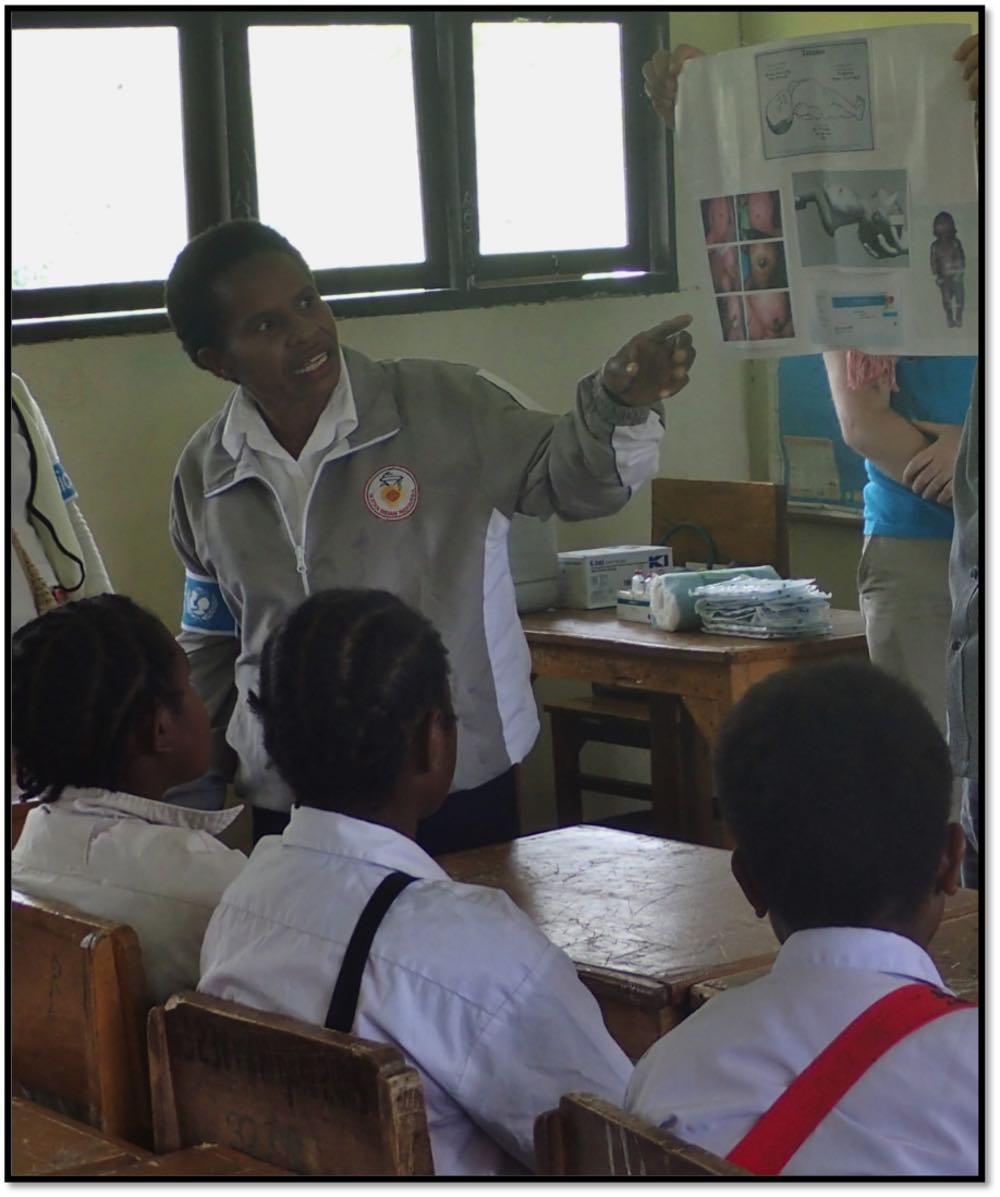 A health worker in a remote area of Papua, Indonesia, instructs students in hygienic birthing practices that prevent infection from tetanus. © U.S. Fund for UNICEF/2014/Westfall

MNT occurs when the tetanus bacteria enters the body through an open wound or puncture. The bacteria spores are almost everywhere — they live in the soil, in animal dung and in feces — and tetanus can affect anybody. Inside the human body, the bacteria produce a toxin that attacks the central nervous system.

A newborn can be infected with tetanus due to unhygienic birthing practices. If the tetanus spores enter a wound, the infection can spread, and the child usually dies a slow and painful death. Mothers can also be infected with tetanus during unsafe or unsanitary delivery if tetanus spores are present. Tetanus is sometimes called the “silent killer,” because so many of these women and newborns die at home, where both the births and the deaths go unreported.

“Neonatal tetanus is a marker of health and immunization inequity. It most likely affects the poorest and the least educated part of the population,” said Dr. Jihane Tawilah, WHO’s representative in Indonesia.

UNICEF and partners' work to eliminate MNT in Indonesia is a significant feat, given how challenging it is to reach the most vulnerable and marginalized in Indonesia: the country is spread over more than 17,000 islands, and has the fourth largest population in the world at 220 million, speaking some 700 languages. Much of Indonesia's landscape is covered with dense rainforest, mountains and volcanoes.

Achieving MNT elimination in Indonesia was only possible with the help of Indonesian community-based health workers. Ron Smith, a member of the Kiwanis International Foundation’s Board of Trustees, put it this way to health workers in Papua, one of the final provinces in Indonesia to eliminate MNT: “Indonesia is an example of what every country can evolve into. It is providing healthy children, and healthy children will result in a better education system. Improved education will subsequently result in a more viable community. This is world changing.”

With the elimination target reached, what follows are crucial efforts to maintain MNT-free status with continued vaccinations. Finally, says UNICEF Indonesia representative Gunilla Olsson, Indonesian women need no longer fear the brutal consequences of MNT. “Once neonatal tetanus is eliminated, maternal tetanus is also eliminated. So as long as we ensure that women of reproductive age have proper and complete access to tetanus toxoid vaccine and follow hygienic birth practices, neonatal tetanus becomes a disease of the past.”