How UNICEF Supports Families to Prevent Child Labor in Madagascar

UNICEF's education and child protection programs focus on breaking the cycle of poverty — the root cause of why 1 in 4 children in the world's least developed countries go to work instead of school, jeopardizing their health, well-being and future prospects.

UNICEF is in Madagascar, working to put an end to child labor and exploitation. Help UNICEF give Malagasy children the childhood they deserve.

In Madagascar's southern region, many children spend their days at the mica mines — hanging around or helping the adults who are sorting the shiny bits from piles of rock extracted from underground. And sometimes it's the children doing the extracting. 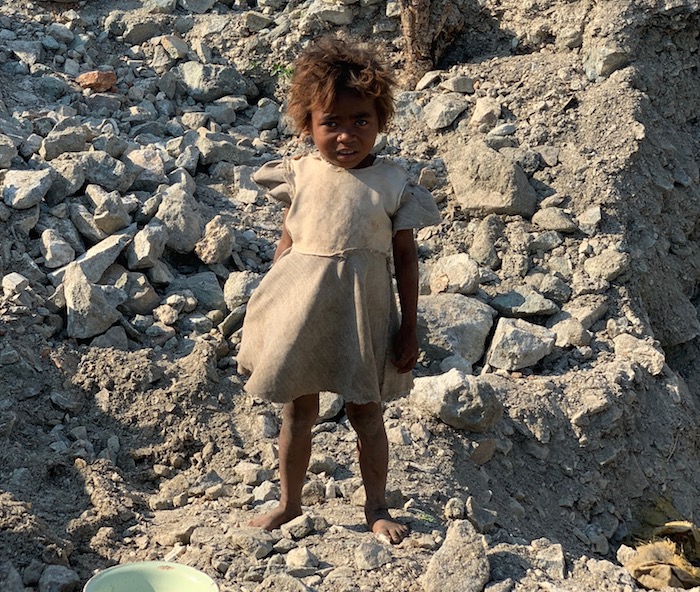 Many children in southern Madagascar spend their days at the mica mines instead of in school. © Erica Vogel for UNICEF USA

UNICEF estimates that 10,800 children in Madagascar, an impoverished island nation off Africa's southeastern coast, are involved in mica mining and sorting. And that number is just a tiny fraction of the total number of child laborers in the country — estimated at over 5.7 million, or nearly half (47%) the under-18 population. Over 230,400 Malagasy children are involved in some form of mining — miners for gold and precious stones typically travel around, bringing their families with them — and the rest work in agriculture.

Whenever children are working instead of attending school — no matter how dangerous the conditions — it is considered a violation of their rights as stipulated under international conventions, including the right to an education, and the right to be safe, protected and cared for. It is a form of exploitation and abuse. Mining is considered one of the worst examples. An investigation by NBC News in Madagascar found scores of children working in unregulated and poorly-ventilated mica pits and processing centers. (To learn more, read Child Labor in Madagascar's Mica Sector.)

In the world's least developed countries, about one in four children (ages 5 to 17) are engaged in labor considered detrimental to their health and development

To prevent child labor, UNICEF works to break the cycle of poverty and provide children and families with alternative options. For example, a UNICEF-supported cash transfer program helps vulnerable families in Madagascar pay for basics such as food and clothing, so they can continue paying their children's school fees. Since launching in 2017, and with the help of local champions called Mother Leaders, the program has reached 12,000 families, about one-third of them in the south.

Often child labor, like child marriage, is a last resort for families whose lives have been upended by conflict or natural disaster. In war-torn Yemen, for example, emergency cash transfers from UNICEF have been pivotal in helping families avoid taking such extreme measures to survive. Approximately one-third of the country's population — some 9 million people — now rely on this support to buy food and medicine for their children, many of whom are malnourished. 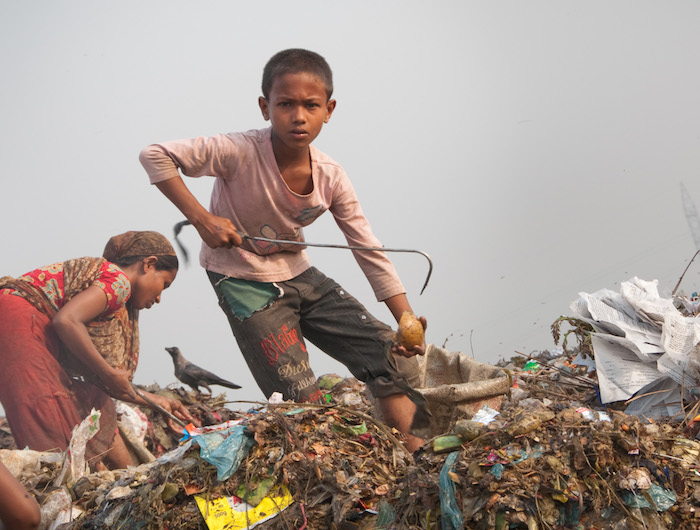 Masud, 10, searches a garbage dump in Dhaka, Bangladesh for things to sell. One in four children living in the world's least developed countries are engaged in some form of child labor, putting their lives and futures at risk. © UNICEF/UNI123128/Khan

Another key UNICEF strategy is to support early child development (ECD), by providing safe spaces for infants and toddlers to learn and play while their parents are at work. In Rwanda, UNICEF-supported ECD centers have been life changing for women who work in the tea fields and factories, with enormous developmental benefits for the children. UNICEF plans to pursue a similar solution for mica mining families in Madagascar with new partner Terre des Hommes. 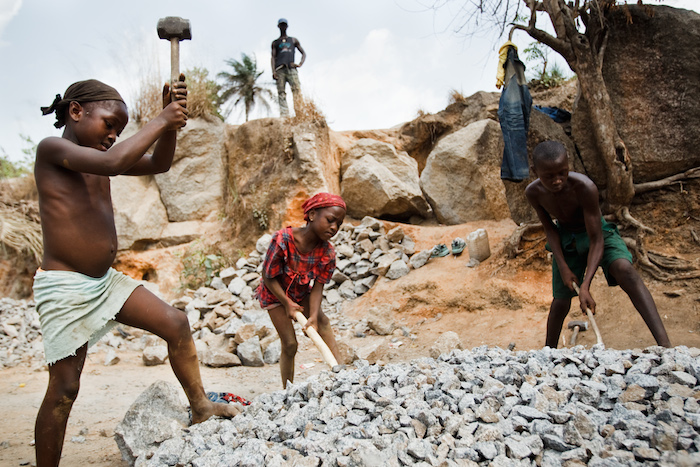 UNICEF also works within countries at a policy level, assisting governments to identify types and conditions of work to be prohibited for kids under 18; to promote social norms and public attitudes that reject child labor; to promote decent youth employment opportunities and better work conditions for all. UNICEF also advocates for governments to include child labor concerns in their national education plans, to ensure that children who are at risk of falling victim to child labor, or trapped in it, have access to meaningful schooling opportunities.

A new interagency report on labor rights violations released on Nov. 12 calls on governments, businesses, the financial sector and civil society to take strong action against human rights abuses — including child labor — that exist across the global supply chain. UNICEF addresses this end of the problem through its Better Business for Children initiative, which focuses on helping companies improve business behavior and practices.

"Child labor can have lifelong negative consequences on children’s physical, mental and social development,” UNICEF Executive Director Henrietta Fore said. “We need to address the root causes that push children to work, like poverty and violence. We also need concrete solutions to ensure that families have alternative income sources and children have access to quality education and protective services.” These children learn and play at a UNICEF-supported Early Child Development (ECD) center while their mothers work at the Rutsiro Tea Plantation in Rwanda. Programs like these help keep children out of the work force — and out of harm's way. © UNICEF/UN0313179/Rudakubana

For over 70 years, UNICEF has been putting children first, working to protect their rights and provide the assistance and services they need to survive and thrive. Help UNICEF deliver services to vulnerable children and families. With your support, we can break the cycle of poverty that leads to child labor and other forms of exploitation and abuse.

Support UNICEF to help vulnerable children in Madagascar and around the world.

Top photo: A man, woman and child sift through piles of rock for mica, the silvery mineral composite that ends up in everyday items like makeup and paint. © Erica Vogel for UNICEF USA