Children and young people are entitled to the same basic human rights wherever they are, regardless of borders.

Every child deserves a safe and happy childhood. But for children growing up surrounded by gang violence and crushing poverty in Central America, the prospects are grim.

No child leaves home alone, striking out for parts unknown, unless they feel they have no choice

Leaving behind everything and everyone they've ever known, thousands of young people each year make the heart-wrenching decision to set out alone from El Salvador, Guatemala, Honduras and Nicaragua on the dangerous journey to the U.S., hoping for a chance at a brighter future. 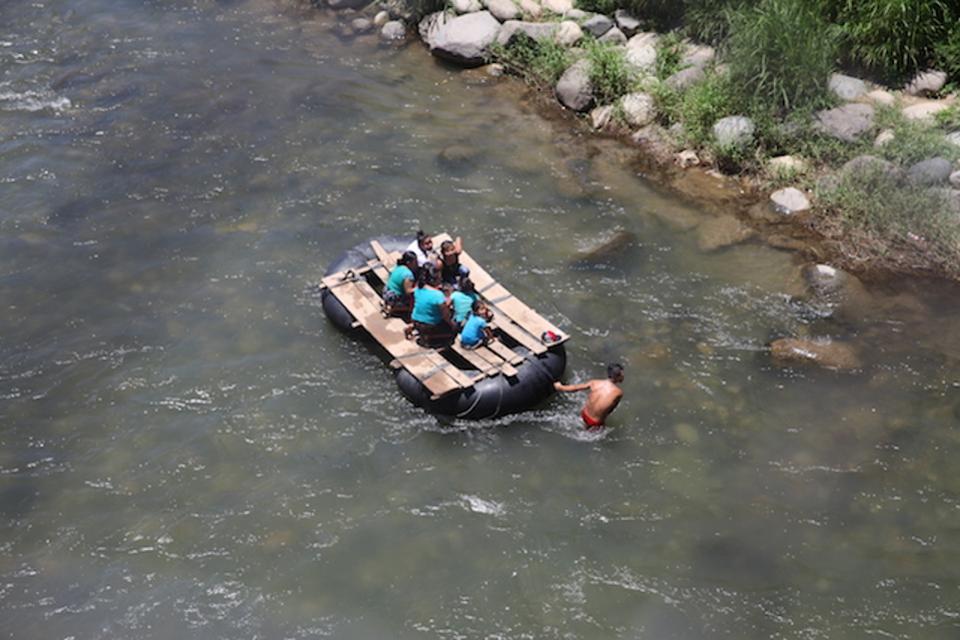 The crossing from Guatemala to the state of Chiapas, Mexico. The official border is in view, yet there's a constant flow of families without papers being escorted across the border by coyotes (human smugglers). © UNICEF USA / Jessica Dineen

Along the way, many fall victim to trafficking, exploitation, violence and abuse at the hands of criminals or security forces, But still, they try. Because they want better opportunities, or they want to reunite with family members already living in the U.S. Because the drug cartels have taken over their hometowns, and staying means being forced to join a gang or to become the girlfriend of a gang member, or just living in constant fear.

En route, unaccompanied child migrants may be maimed, molested, enslaved by child traffickers or even killed

Some make it as far as the United States border. According to U.S. Customs and Border Protection, more than 72,000 unaccompanied children age 17 or younger were apprehended at the southwest border in Fiscal Year 2019. 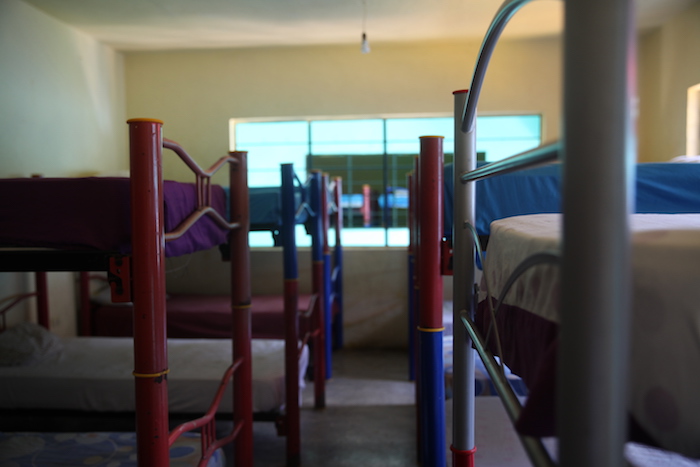 But for many unaccompanied young migrants, the journey ends in Mexico, where they are intercepted by the government and detained in "closed-door shelters." UNICEF regularly visits children and teens locked in these facilities to ensure that they are given learning materials, counseling, proper nutrition and health care.

On a recent visit, children in one shelter played a game, provided by UNICEF, modeled on Snakes & Ladders with real-life problems and solutions experienced by kids on the run. In another shelter, a teenager explained that he left Honduras because there was no chance of finding honest work in his hometown, which is completely controlled by drug traffickers. Murals at the Guatemala / Mexico border offer hope to migrants seeking safety and a better life. "Nothing on earth can stop us." "With the inclusion and protection of immigrants, we all win." © UNICEF USA

Some of the children apprehended in Mexico are kept in detention for weeks, or months. Unaccompanied children may face years of uncertainty as their cases go before immigration courts. UNICEF staffers regularly visit shelters to make sure that detained children know they have the right to request asylum and connect them with networks of pro bono lawyers who can advocate for them in court. UNICEF also works with local partners to train judges and government authorities in specific courts to consider the best interest of the child at all times.

The reality is that the majority of unaccompanied detained migrant children and teens will be sent back to their countries of origin and to the poverty, violence and persecution they likely faced there.

Their parents are relieved to know that their children are alive. But they know that until the crushing poverty and pervasive violence that drove these young people to leave in the first place are addressed, many of them will try again, hoping to find work and safety and a better life.

For many years, UNICEF offices in Central America and Mexico have been working to strengthen national protection systems and address the root causes of migration. Through various programs, UNICEF works to strengthen services that protect children from violence, crime and other threats, and supports programs for education and health, with special focus on the most affected and vulnerable communities.

Learn more about how UNICEF is working to protect and support children on the move in northern Central America, Mexico and the U.S. during the COVID-19 pandemic.

Top photo: Central American girls say a tearful goodbye before being deported from a shelter for unaccompanied migrant children and teens in Reynosa, Mexico. © UNICEF/UN030689/Zehbrauskas