How to Help Refugee and Displaced Children Around the World

Millions of children are on the move.

Like the more than 2 million children who’ve fled Ukraine, some escaped their homes with no more than the clothes on their backs. On their journeys, they can be separated from their families, face a heightened risk of human trafficking and exploitation and miss out on an education — hazards that leave lasting physical and psychological effects.

It doesn’t have to be this way. UNICEF works around the world to address the refugee crisis and protect every child on the move, whether they are migrants, refugees or internally displaced. From Ukraine and its bordering countries to Yemen and Afghanistan, teams deliver lifesaving nutrition, health care, safe water and sanitation, provide Child-Friendly Spaces so children can rest and play and reunite those who've become separated from their families with their loved ones. 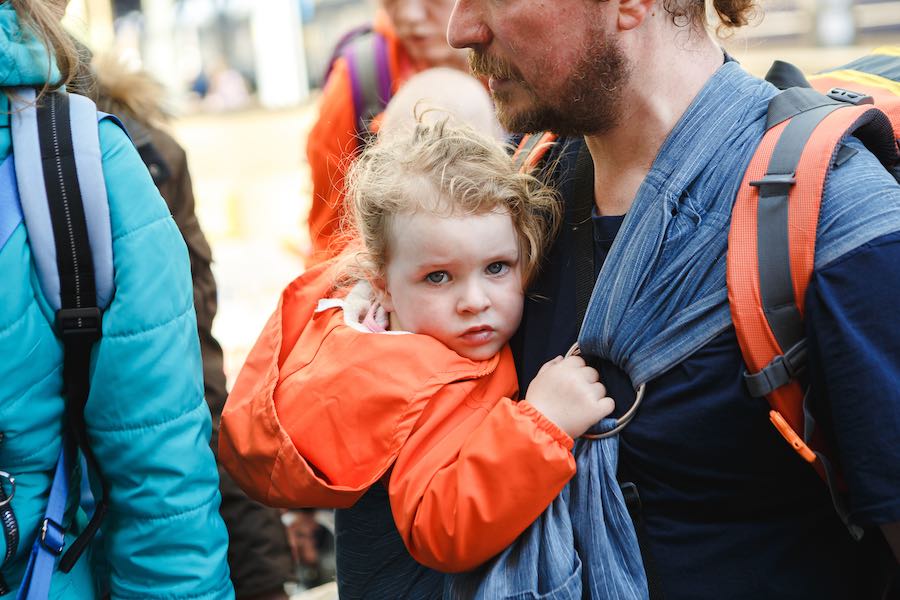 As the war in Ukraine passes the 100-day mark, children and their families continue to flee their homes. Some head onward to neighboring countries, forcing children to withstand long journeys. The little girl above endured a crowded train ride, which led to a 30-hour-long drive to Ternopil, where she and her parents took shelter for a time at a volunteer center. The next stop was Lviv, then on to Uzhhorod, where they're staying now. 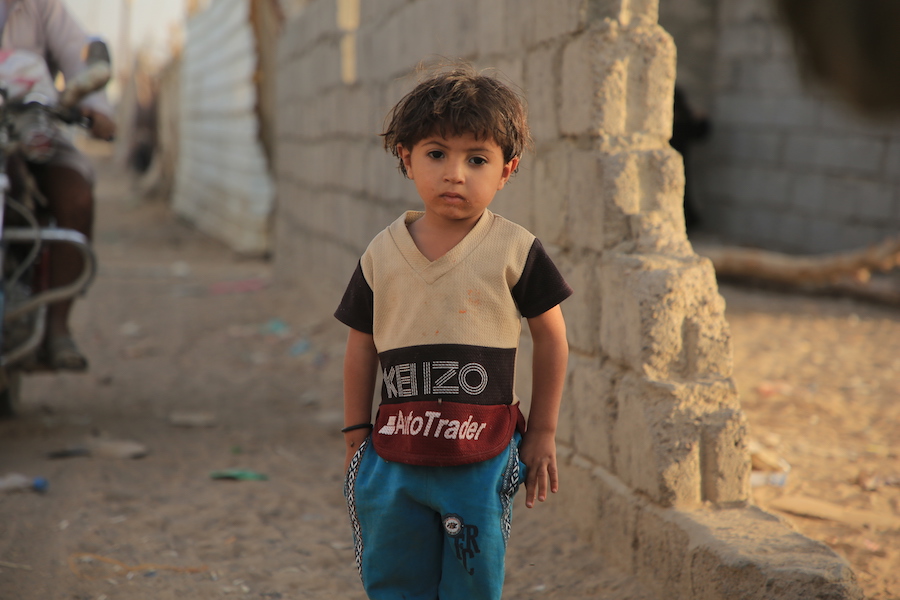 Eight years into the conflict in Yemen, 20.7 million people need humanitarian assistance with over 50 districts across the nation impacted by fighting on the front lines. The violence has displaced over 4.2 million people, of which 79 percent have been children and women.

Three-year-old Khalid, above, lives in the Al-jufainah camp for displaced people located in Yemen’s Marib governorate. Marib hosts 60 percent of all Yemeni families like Khalid's and others who have fled the militias that turned Yemen into the world’s largest humanitarian crisis.

UNICEF's humanitarian focus in Yemen is on providing lifesaving assistance while strengthening the war-torn nation's infrastructure and systems so they can withstand present and future shocks. With the nation's acute malnutrition rates at severe levels, UNICEF is working hard to provide the nutritional support and treatment needed to spare children the threat of lifelong consequences. 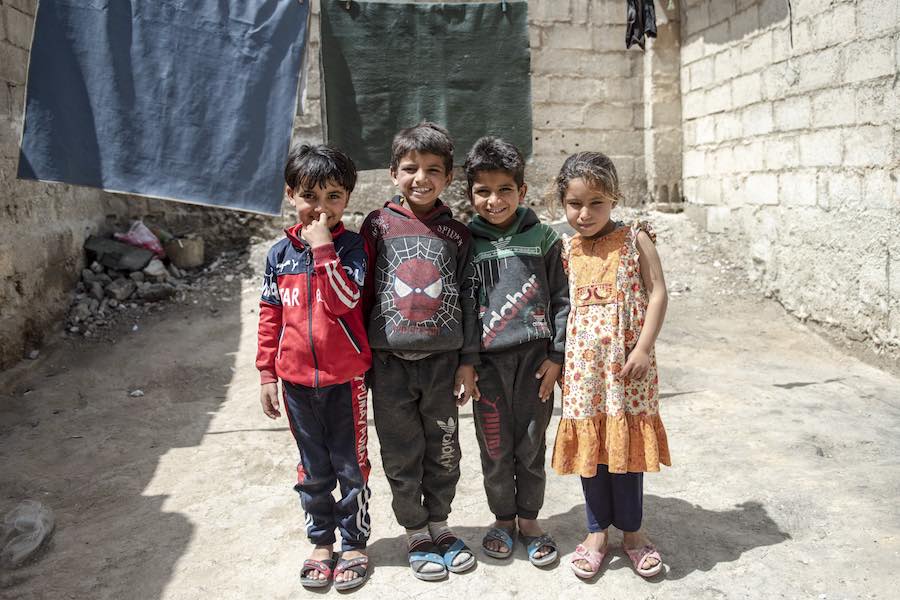 Syria’s decade-plus conflict has inflicted scars on its children that are likely to become permanent. Some 6.5 million need help now, the greatest number recorded since the crisis began 11 years ago. Hasan, 6, seen far left above with his cousins Mohammad, 8, Ahmad, 7, and Sham, 6, now lives in rural Damascus with his family. After fleeing violence in northeast Syria, Hasan and his family have suffered five long years of displacement and poverty. Syria’s continuing economic deterioration has only made their situation worse.

It’s not just the children in Syria like Hasan who suffer. The instability, poverty and hardship plaguing Syria's neighboring countries where families have fled have left 5.8 million more children reliant on humanitarian aid.

In 2022, UNICEF is continuing to give Syrian children, wherever they may be, the safe water, health care, nutrition, education and protection they need to stay healthy and hopeful. In 2017, violence and persecution drove 30-year-old Rubina (above with her baby Rijuwan) and over 1 million other Rohingya refugees from their homes in Myanmar. Ninety percent sought sanctuary in Bangladesh and Malaysia, where they’ve struggled long and hard to start over and support themselves and their families. Many Rohingya refugees are women and children who live in Bangladesh’s Cox’s Bazar, the world’s largest refugee settlement.

Since the crisis began, UNICEF has been working in Cox's Bazar to provide lifesaving support and protection, services that proved critical over the past year when Rijuwan became severely acutely malnourished. UNICEF has established nutrition centers in the settlement, and thanks to the treatment Rijuwan received at one the 10-month-old is recovering. In addition to nutritional support, UNICEF also provides health care, safe water and a mammoth education operation, which served 300,000 children in 2021. 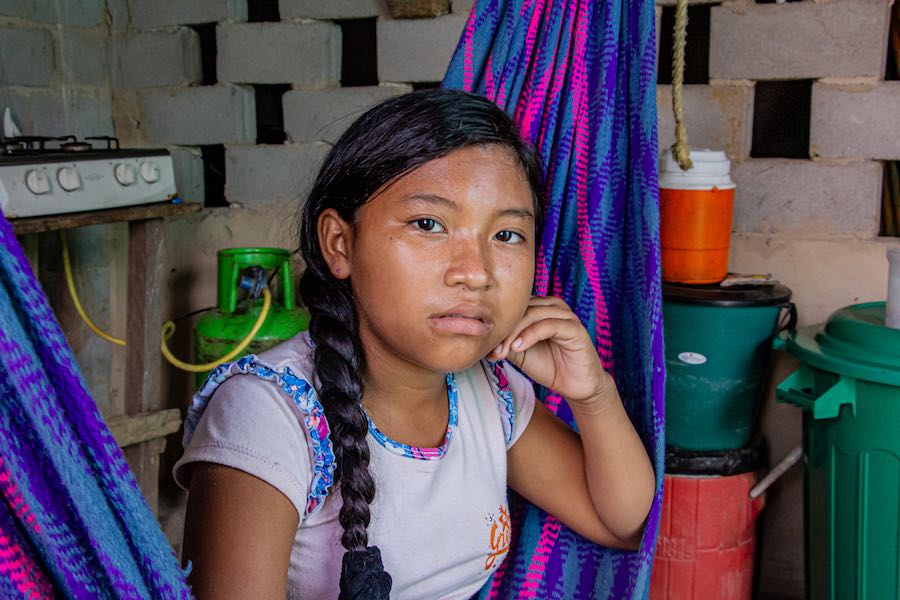 Violence, insecurity and extreme poverty have forced millions of Venezuelans to flee their homes for countries within Latin America and the Caribbean, many searching for food and other essential services.

Over the past five years, the number of Venezuelan migrants in Colombia, including the young girl above and her family, has risen more than 3,000 percent — from 53,747 in 2016 to 1,842,390 in 2021. Last year, after Colombia granted temporary protection status for Venezuelan migrants living there, UNICEF Colombia supported Migracion Colombia in registering more than 850,000 Venezuelans, with a priority on children under 7.

The refugee and displacement crisis is upending children’s lives — but we can make a difference. In addition to actively reaching children on the move, UNICEF is acting to address the causes of this issue. Through initiatives and global advocacy, UNICEF is increasing access to education, strengthening child protection and social safety nets, and calling for conflict resolution so children never become refugees in the first place.