Arab American Heritage Month pays tribute to the historic role that individuals and communities of Middle East descent have played in the United States and throughout the world.

The Diaspora and Multicultural Partnerships team at UNICEF USA is pleased to celebrate Arab American history, contributions and culture during Arab American Heritage Month (AAHM) this April.  AAHM pays tribute to the historic role that individuals and communities of Middle East descent have played in the United States and throughout the world.

AAHM’s recognition was formalized in 2019 when Rep. Debbie Dingell (D-MI) and Rep. Rashida Tlaib (D-MI) issued a Congressional resolution for AAHM to be recognized on a national scale. AAHM truly marks a time to reflect on Arab American contributions to the United States.

“It is my hope as a strong and proud Arab American in Congress that our nation can uplift our contributions in the United States by supporting Arab American Heritage Month,” Rep. Tlaib, a first-generation American, said about the resolution. “From the agriculture sector to medicine and beyond, we have been at the forefront in building our country without losing our rich culture.” 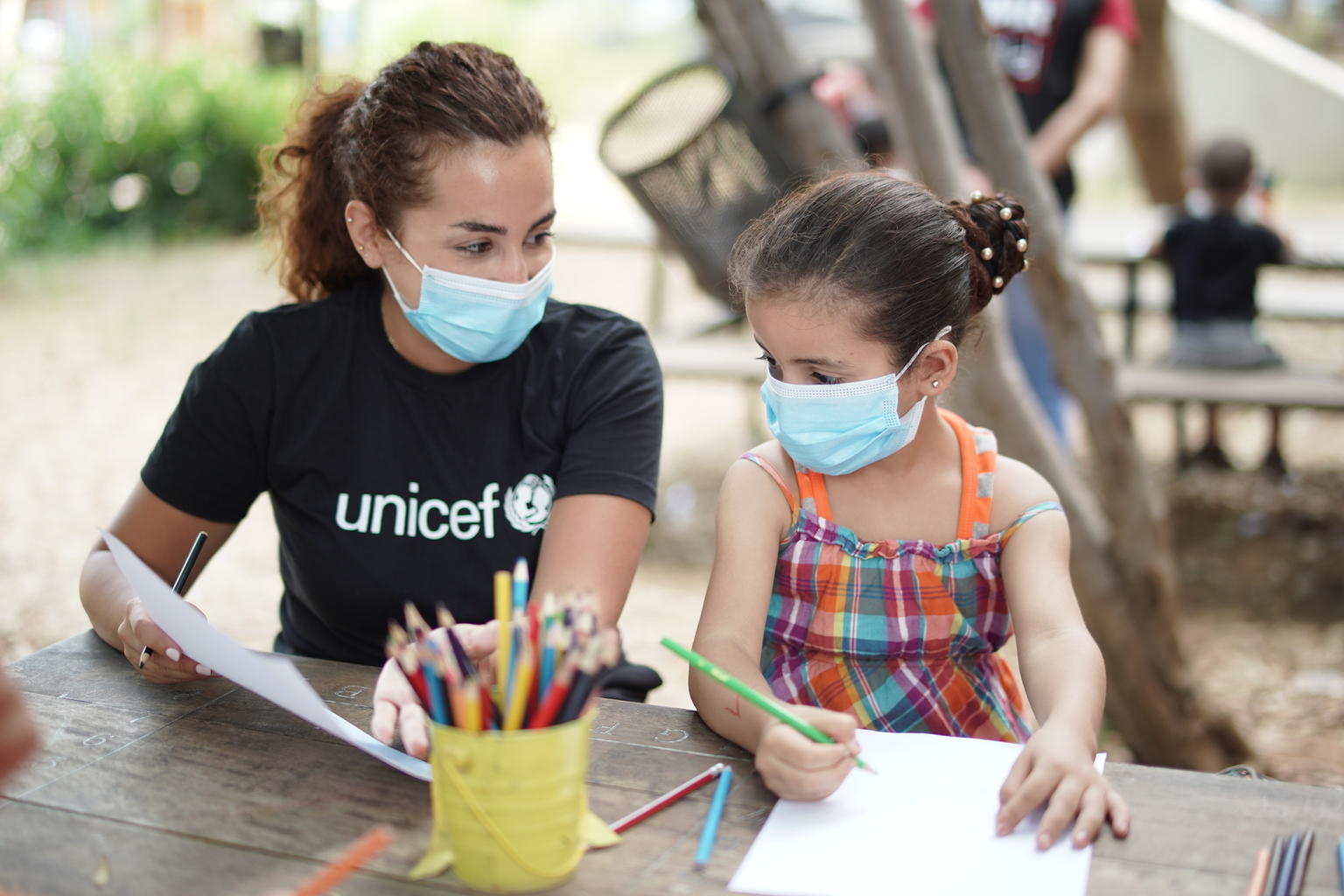 A Lebanese girl participates in psychosocial activities at the UNICEF's children friendly space (CFS) at the Karantina public garden in Beirut, Lebanon. © UNICEF/UNI366078/Choufany

Arab Americans and Americans of Middle Eastern heritage have a long history in the US ranging from scientists and doctors to military heroes and politicians. At UNICEF USA, we celebrate and uplift this community’s rich heritage.

Arab Americans have linkages to the world’s 22 Arab nations, located from northern Africa through western Asia. These countries such as Jordan, Lebanon, Syria, Yemen, and many others are politically, religiously and ethnically diverse but share a common cultural and linguistic heritage. AAHM acknowledges the critical nature of these linkages to different geographical areas within the Diaspora. Children at the playground of a Community Based School in Kandahar, in the Southern region of Afghanistan.
© UNICEF/UNI309794// Frank Dejongh

UNICEF USA is committed to representing the diverse interests of Diaspora communities. Diaspora partners are illustrative of how the Arab American community has extended its support and demonstrated a special kinship to their ancestral homeland. Through collaborations with UNICEF USA, prominent Arab American organizations such as the National Arab American Medical Association, the Center for Arab American Philanthropy, the World Lebanese Cultural Union and the Syrian American Women’s Charitable Association, have made a significant difference to children around the globe through fundraising, advocacy and outreach.

This month also honors and acknowledges stories from the Arab American experience, reminding us of the challenges and triumphs facing this region.  UNICEF USA prides itself on its relationship with the Arab American Diaspora. Through partnerships that highlight child protection and humanitarian assistance, UNICEF USA will continue to raise awareness, engage diverse communities and advocate for inclusive programs that help lift the lives of children everywhere.

Top Photo: Qamar and Rayan, both 17, met at a UNICEF-supported center providing psychosocial support in Bustan Alzahra neighborhood, Aleppo city, Syria. They have become friends ever since and have encouraged each other to attend the sessions. © UNICEF/UN0410506/Chnkdji