Going the Distance to Eliminate MNT in Pakistan

UNICEF-trained community health workers won't stop until they've vaccinated every woman of reproductive age against tetanus, even in the hardest-to-reach parts of the world.

Every 17 minutes, a newborn baby dies from tetanus. Typically contracted through unhygienic childbirth and umbilical cord care practices, the disease affects mothers and newborns in some of the poorest, hardest-to-reach populations in the world.

Tetanus is acquired by exposure to the spores of the bacterium Clostridium tetani, commonly found in dirt. Mothers who have not been immunized against tetanus and who give birth outside hygienic health facilities are most at risk. Infants infected during or just after delivery suffer an agonizing death.

The good news is that tetanus is surprisingly easy to prevent through immunization and hygienic birth practices. A series of three shots provides immunity to a woman, who automatically passes on that immunity to her future children. 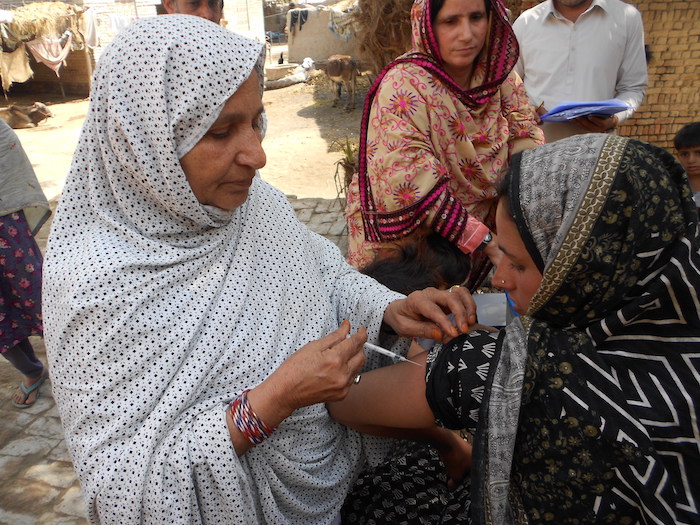 Tetanus is easily preventable through immunization and hygienic birth practices

MNT still threatens the lives of millions of women and their newborn babies. In Pakistan, health workers travel long distances to educate families living in remote villages about the lifesaving benefits of immunization.

Jameela, a health worker in Pakistan's Kambar District, says the work is difficult but rewarding. "I feel blessed to have served my community for so many years. Though there are many challenges facing my region, it is fulfilling to provide safe, effective and typically inaccessible vaccines to women and children."

For women in rural Pakistan, it's a struggle to reach vaccination centers. "Ranwati County has about 52 villages and 41,000 people," explains Jameela. "The village of Peer Jo Goth is far from any health facilities, and the community is reluctant to travel to outside areas for health services. This has created great limitations to our community's access to vaccines." To provide tetanus vaccinations to all women of reproductive age in Kambar District, a team of female health workers developed a special outreach campaign. They organized all pre-campaign preparation, microplanning and community engagement activities, and encouraged communities to attend the outreach sites.

Although some communities seemed hesitant about being vaccinated, the local health workers were welcomed in many villlages.

"Once the campaign began, we would start before dawn to prepare for the new challenges of the day," says Shamul, one of the health workers. "We would begin by attending an orientation and briefing on the needs and barriers to vaccination in that village. Then we were given tally sheets, vaccines and other supplies. There are many challenges and hurdles at the community level.

"As a female health worker, there was often no safe route for me to take to reach some of the communities. But despite this, we reached every one and were received with warm welcomes, where families would serve us traditional refreshments. It was through these interactions that we were able to develop relationships with the local families, creating a bridge between our many communities." 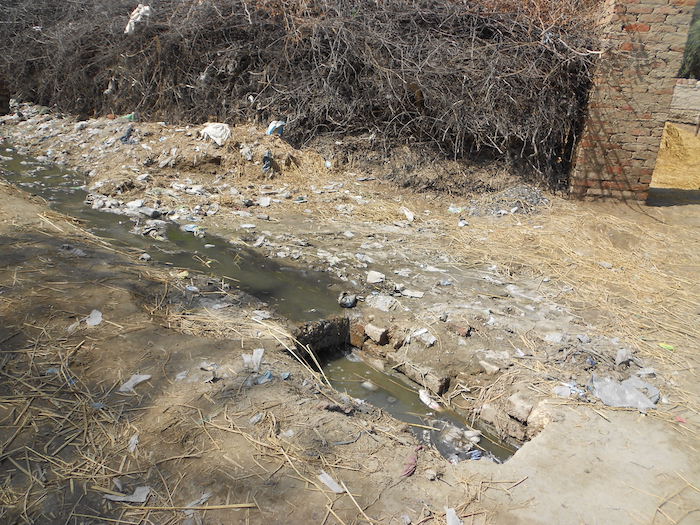 In a remote village in Pakistan, poor sanitation near the local health center contributes to unhealthy conditions for pregnant women. © UNICEF Pakistan

In order to successfully eliminate MNT, a country must certify that there is less than 1 death from neonatal tetanus per 1,000 babies born in every district of the country. Pakistan's Punjab Province, home to more than 50 percent of the population, has already declared elimination. Sindh Province is likely to be the next to achieve elimination status.

"After witnessing many cases of neonatal tetanus and seeing how terrible this disease is, I am so concerned for those who are not yet vaccinated," says Shamul.  "I feel responsible to provide basic services to our entire community. I register every pregnant woman and tell each one the importance of prenatal care and tetanus immunizations. I also provide tetanus vaccinations for all women of reproductive age, not just the pregnant women, so that we can save our women and children from this killer disease." 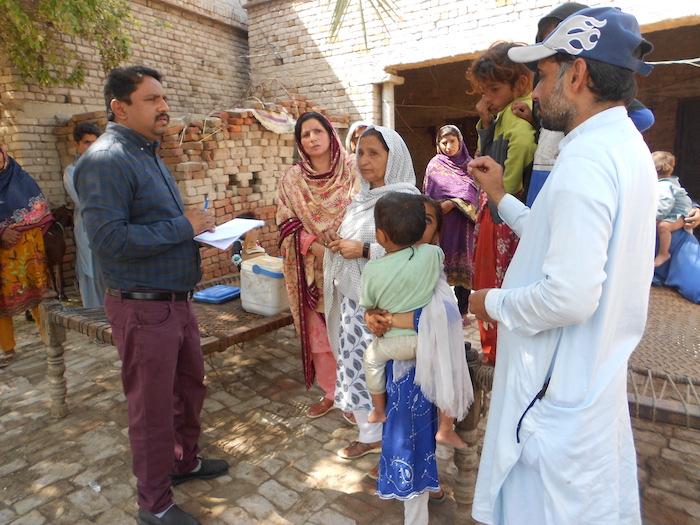 A UNICEF team member meets with community members in rural Pakistan to raise awareness about the importance of routine immunizations. © UNICEF Pakistan

Jameela and Shamul and their fellow local health workers in Pakistan are hopeful that education on hygienic birthing practices, proper neonatal care and increased access to vaccines will lead to the elimination of MNT across the country in the near future.

Your generous gift will help UNICEF eliminate tetanus around the world.