Your monthly gift makes it possible for UNICEF to maintain continuous support and services for the world's most vulnerable children.

UNICEF has helped save more lives than any other humanitarian organization.

Monthly donors are a major reason why UNICEF can make that claim, according to Karla Coello, UNICEF USA Senior Director for Monthly Giving. “Last year, UNICEF responded to nearly 300 humanitarian emergencies, from conflicts to natural disasters,” says Coello. “Emergency appeals bring in important revenue — but after the emergency, there are still a lot of things children need to make life bearable. That’s what our monthly donors provide.”

Helping before, during and after a crisis

When drought destroys crops, conflict forces families from their homes, an epidemic breaks out or a disaster strikes, children suffer most. And in some countries, even the best of times are perilous for its youngest citizens. Every day, around 15,000 children under 5 die from preventable causes.

Protecting children before, during and after a crisis requires a reliable source of funding. The constant stream of revenue provided by monthly donations enables UNICEF to reach children with what they need most when they need it.

Protecting children before, during and after a crisis requires a reliable source of funding. The constant stream of revenue provided by monthly donations enables UNICEF to reach children with what they need most when they need it, prepositioning emergency supplies before a disaster strikes and continuing to build sustainable solutions after an immediate crisis has subsided.

Monthly giving is also crucial to funding large-scale interventions. Thanks to UNICEF’s global immunization campaigns, the world is now nearly free of polio, and 47 out of 59 countries identified as high-risk for maternal and newborn tetanus have fully eliminated the disease linked to nearly half of all deaths of children under 5. 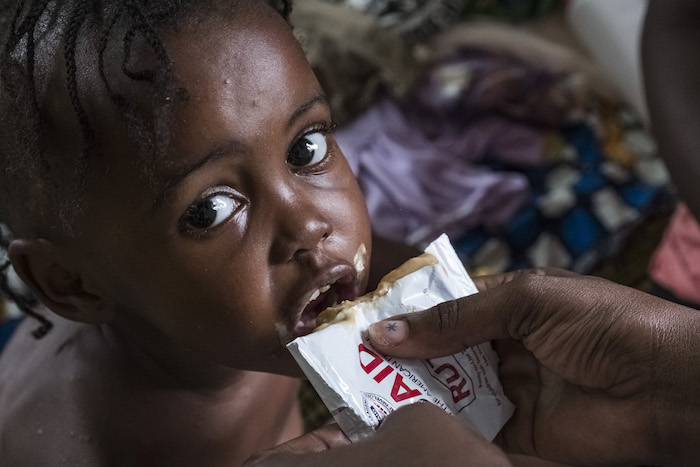 Empowering UNICEF to combat every danger

If there’s a danger to children, chances are UNICEF has a program to combat it. Empowering UNICEF to hold a consistent presence on the ground in over 190 countries and territories is a motivator for monthly giving.

“The reason I chose UNICEF for my donation was all the different projects the organization has across the globe,” said Sweety Sharma in a recent survey of supporters UNICEF USA conducted. “I give several times a year because UNICEF’s work is so important to children around the world,” said another monthly donor. “I want to be a part of that service in some small way.”

Being part of a team

“UNICEF USA monthly donors are our most engaged, most dedicated supporters,” says Rebecca Volpe, UNICEF USA Manager, Monthly Giving. “So we do our best to make them feel appreciated by keeping them thoroughly updated about the powerful impact they are having and showing them how much they matter to us.” In turn, monthly donors tend to be dedicated supporters. “Protecting children — giving them opportunities to play, learn, feel safer, heal — is critical to us,” explained another survey respondent, expressing a commitment that UNICEF USA’s Monthly Giving team seeks to match with personalized service.

Supporters who sign up with UNICEF USA to give monthly automatically become members of the Guardian Circle, which affords them a number of benefits, including:

“We have some donors who are on a fixed income, others who can afford to make substantial monthly donations," says Coello. “Whether you give $5 or $700 a month, you are super important to us. What’s important is that they all really want to give and help children. And that’s amazing.”

UNICEF USA’s Guardian Circle program was designed to help members streamline their financial housekeeping so that they can be strategic. Those who believe that giving to children is important want to ensure that every dollar donated has maximum impact. Planning giving in advance and dividing annual gifts into smaller monthly payments make giving easier. The Monthly Giving Team also keeps Guardian Circle members informed of match opportunities to make their support go further — a tactic that can easily turn a monthly gift of $5 into $55 and have even greater impact for children.

"There was an exclusive offer where UNICEF matched our donation by 10 times," said one donor. "We felt as though our donation was going a long way."

Giving monthly is also a way to avoid cash crunches. Unexpected expenses — car repairs, appliance replacements and the like — can force potential donors to put off a yearly donation until November or December, a time when holiday spending often puts extra strain on the family purse. A better approach can be to add a modest gift to a monthly budget and watch it quickly and easily add up to significant support for the world's children by year’s end. 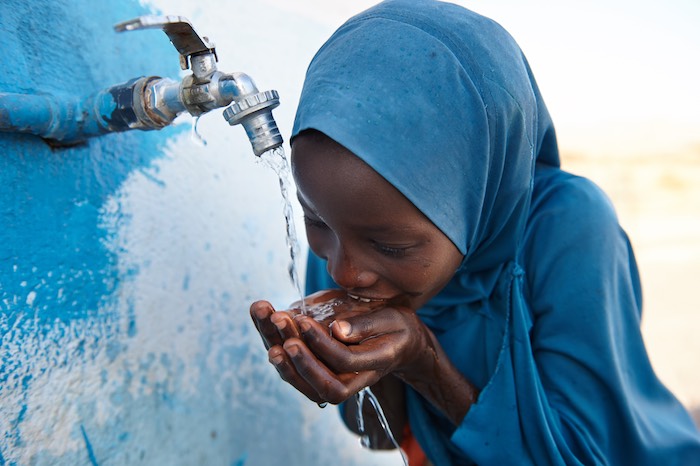 UNICEF knows that improving water, sanitation and hygiene facilities is schools is one of the best ways to keep girls learning and focused on happy and productive futures. Above, a girl drinks safe, clean water from a tap outside a UNICEF-supported school in Djibouti. © UNICEF/UN0199510/Noorani

Easing the burden at tax time

It can be time-consuming and difficult to track charitable donations. At the end of the year, Guardian Circle monthly supporters receive one statement that makes filing tax returns easier — and it's gratifying to see how much good has been done for the world’s most vulnerable children. 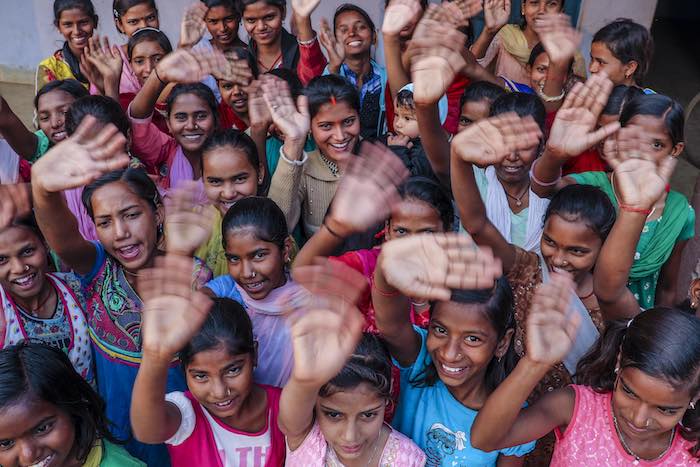 Teen girls attend karate classes in Giridih, India, where UNICEF cash-transfer programs are helping girls stay in school and resist the economic pressures that drive them toward early marriage. © UNICEF/UN061996/Vishwanathan