Giving Hope During a Critical Time

Through the impact and investment of many, hope is a reality UNICEF is making possible throughout the world with our partners. The Unitarian Universalist Congregation at Shelter Rock in Long Island, New York is one of our partners making a difference for refugee children in Greece.

Children in crisis face numerous challenges from basic survival of food, water and shelter, to protection for themselves and sometimes for their siblings and others. As the world continues to grapple with the reality of migration and displacement, there seems to be little hope for many children living in crisis. Through the impact and investment of many, hope is a reality UNICEF is making possible throughout the world thanks to our partners.

In 2017, the Unitarian Universalist Congregation at Shelter Rock (UUCSR) is supporting refugee children in Greece affected by the on-going conflicts in Syria, Afghanistan and Iraq, giving hope to many women, children, and vulnerable populations forced to leave their homes.  In Greece, close to half of all arrivals are women and children. Most children stranded in Greece, are there due to border closures across previously traveled European routes. As of April 2017 the number of refugees reported in Greece was 62,000, and by year’s end UNICEF anticipates there will be over 40,000 more arrivals.  The recent surge in refugee and migrant arrivals has led to further overcrowding and deteriorating living conditions on island camps. 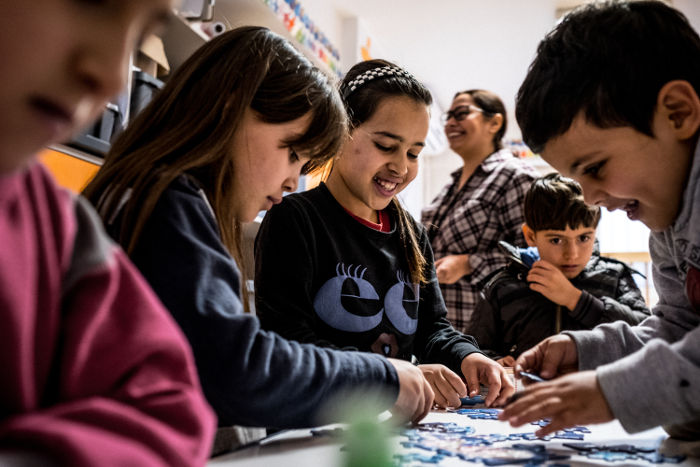 Nine-year old Marjan and her sibilings, refugees from Kabul, Afghanistan, at a Blue Dot center near Athens, Greece. The family has been in Greece for the past ten months where they have found themselves in limbo after the flow of refugees was stopped by Central European countries. © UNICEF/UN057926/Gilbertson VI

In situations like these, children are the most vulnerable and require significant support. UNICEF is responding by addressing factors that expose refugee and migrant children to risk. This strategy involves strengthening child protection systems to keep children safe; providing uprooted children with access to education and health services; and ensuring that children and their families have shelter, nutrition, water and sanitation.

The support provided from the UUCSR has been instrumental in helping UNICEF meet the immediate needs of refugee women and children in Greece. “We are happy to be able to make this contribution to help the refugee children in Greece and further UNICEF’s mission,” says Carol Garbarino, UUCSR Large Grants Advisory Group Chair. 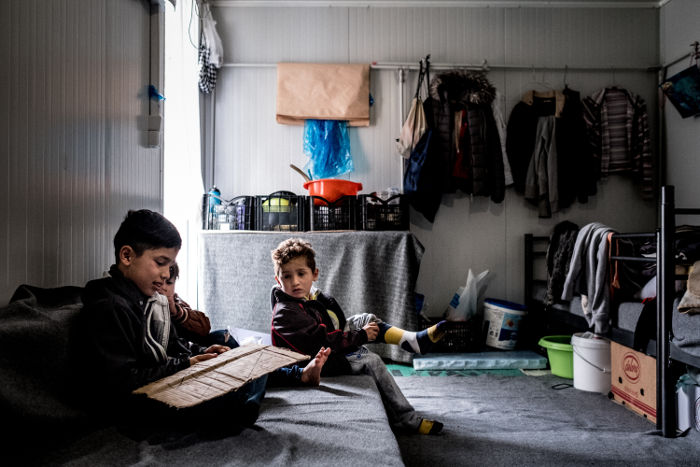 Siblings sit in the family’s shelter in a refugee camp on the outskirts of Lesvos, Greece. © UNICEF/UN057946/Gilbertson VI

As the seven principles of the Unitarian Universalism indicate, the respect, worth and dignity of every person is equally balanced with the role each of us take individually, within our communities, and congregations to build a world of peace, liberty and justice for all. The compassion and call-to-action showed by one congregation is giving hope to so many children and their families when they need it most. This holiday season, UNICEF USA would like to thank UUCSR for giving hope to so many children. The power a single congregation to make an impact and give hope, creates a ripple effect for generations to come.