Floods in Malawi Force Thousands of Families from Their Homes

Heavy rains have displaced more than 300,000 people, at least half of them children.

Malawi has been hit by heavy rains since the beginning of January, causing severe floods and forcing 336,000 people from their homes. The floods have severely damaged crops, livestock and infrastructure including schools and health facilities. Malawi is already one of the poorest countries in southern Africa.

“Stagnant water and poor sanitation can be deadly for young children," said UNICEF Malawi’s Mahimbo Mdoe. "We are in a race against time to reach displaced communities with clean water, sanitation and medical supplies.”

Many people remain trapped in areas surrounded by water, while others are housed in temporary camps with a shortage of decent shelter and sanitation facilities. Outbreaks of disease including cholera, pneumonia and malaria are a growing concern. Children are missing out on school and are now at greater risk of exploitation, violence and abuse. 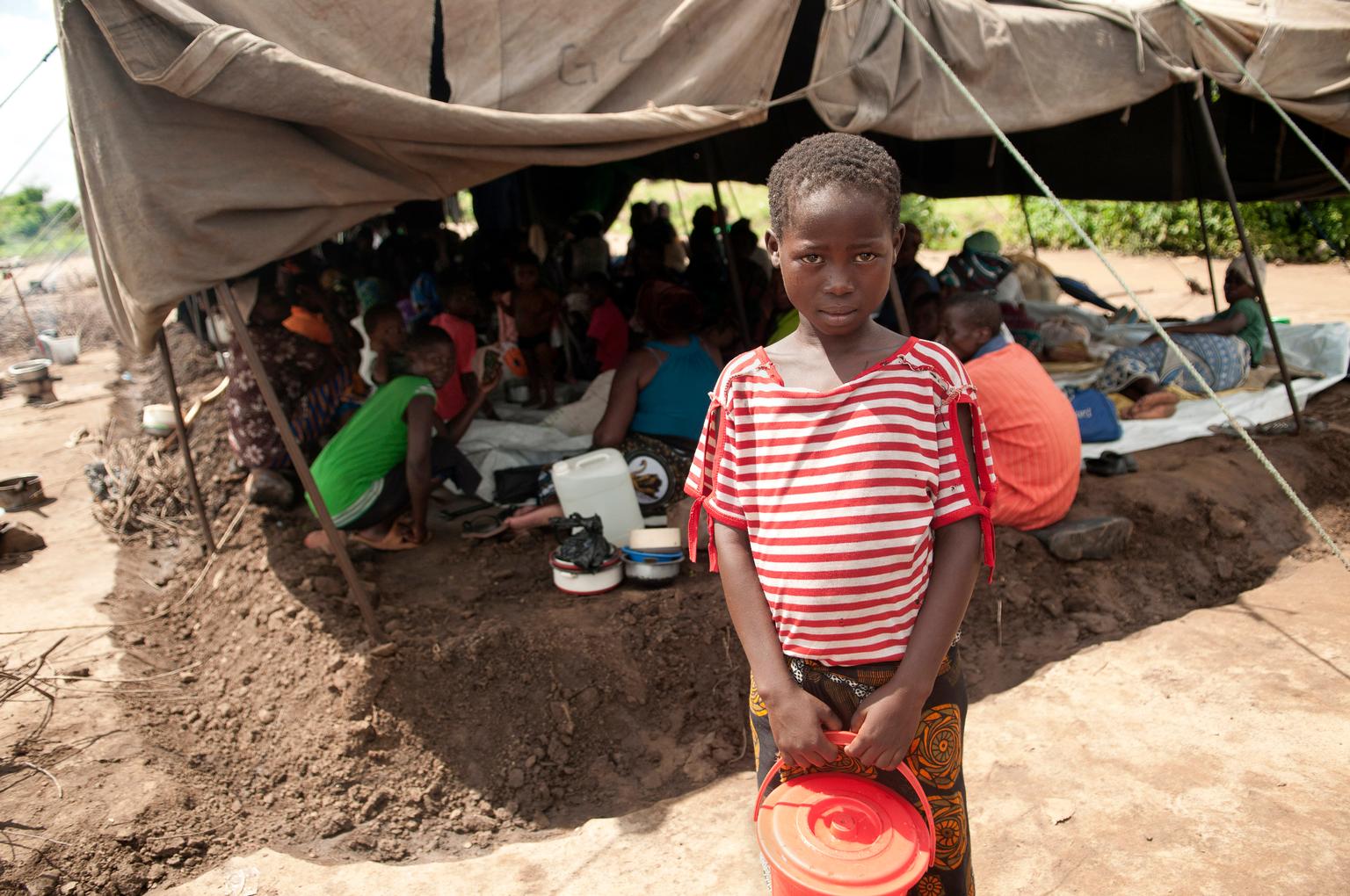 A girl with a stands outside a crowded tent shelter in the Sekeni II camp for displaced people, near the town of Nchalo in Chikwawa District. © UNICEF/NYHQ2015-0048/van de Merwe 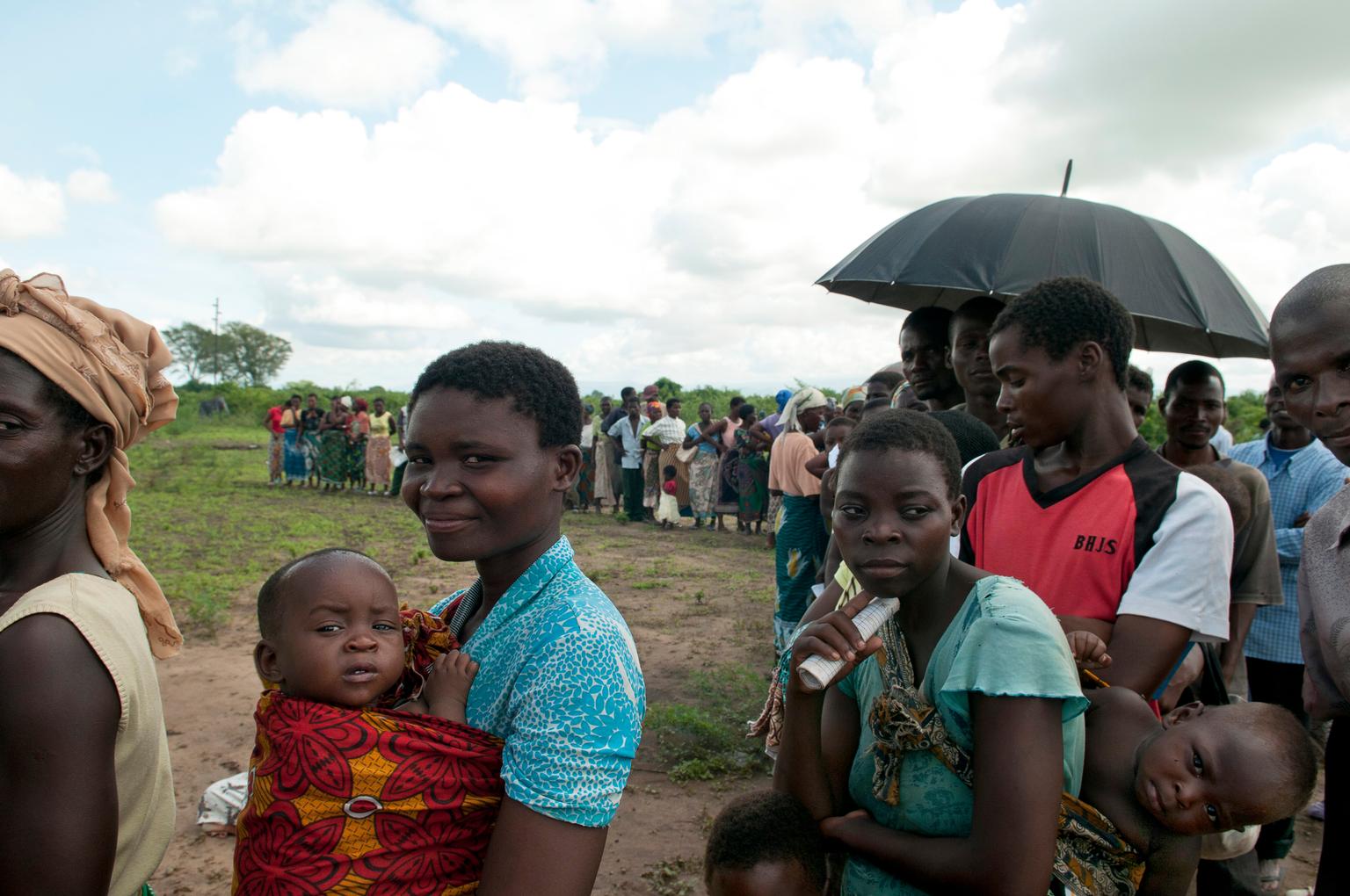 Ulita James, center-left, stands in line for basic health services at the Sekeni II camp. Her daughter has a cough and diarrhea. Their home and crops were destroyed in the flooding. © UNICEF/NYHQ2015-0049/van de Merwe

UNICEF has shipped 100 tons of relief supplies from its supply warehouse in Copenhagen, including medicines, tents and tarpaulins for shelter, therapeutic food and milk to fight malnutrition, hygiene kits to prevent the spread of disease, and education and play supplies to help children recover from trauma. 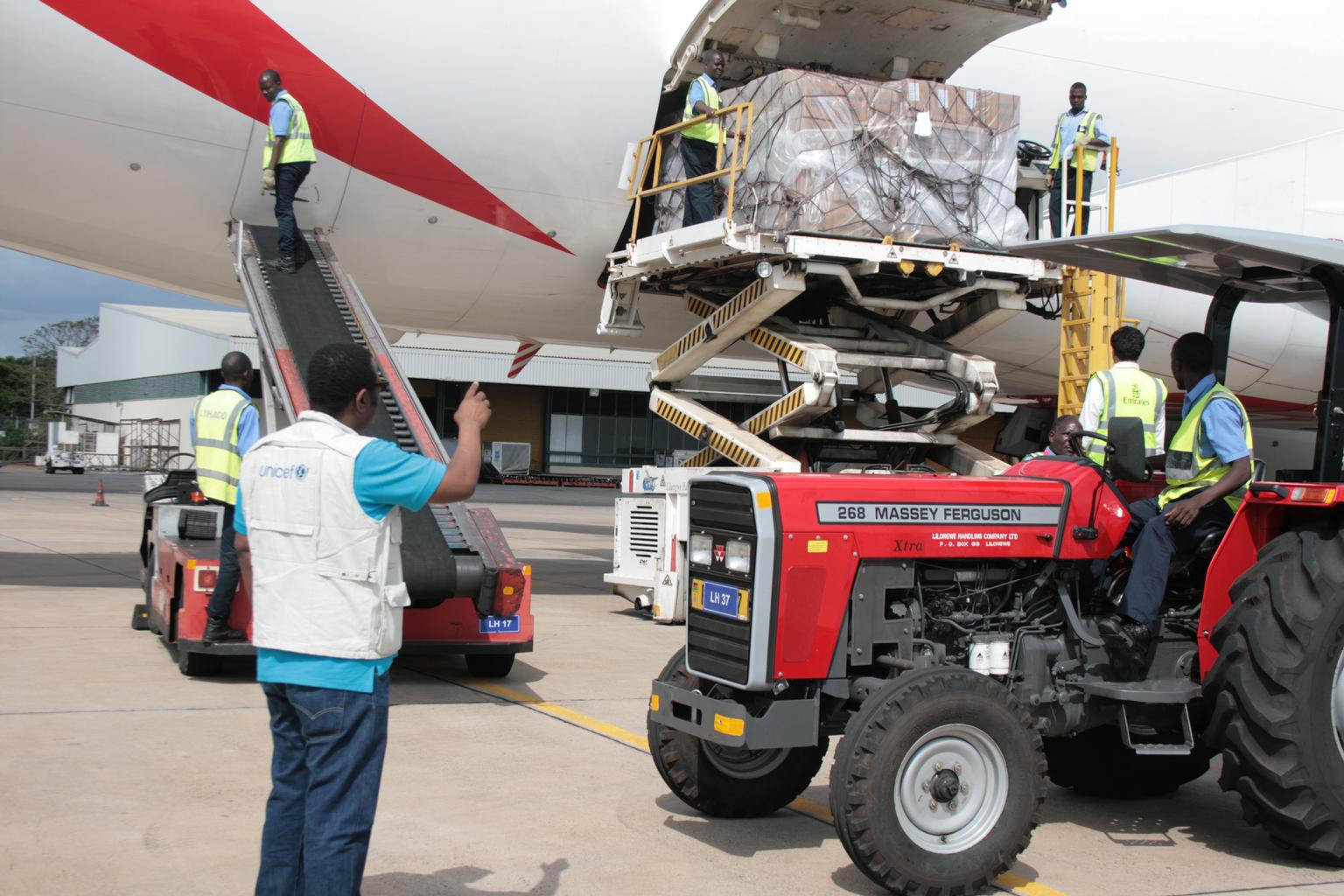 UNICEF emergency supplies are offloaded at the District Hospital in southern Mangochi District on January 22. © UNICEF/NYHQ2015-0093/Ntonya How you can help

The crisis is not over. Rains are expected to continue through March, putting a strain on the ongoing emergency response. You can help. Donate now.