Five of the Most Courageous Mothers You'll Ever Meet

Personal accounts from the front lines of motherhood in five different countries.

They are everywhere UNICEF works: mothers who will do anything — risk everything — for their children. Amid violent conflict and natural disaster, disease and hardship, Binta, Amira, Martha, Bimila and Salome faced distressing situations and overcame great obstacles to keep their children safe, healthy and happy. These are their stories. 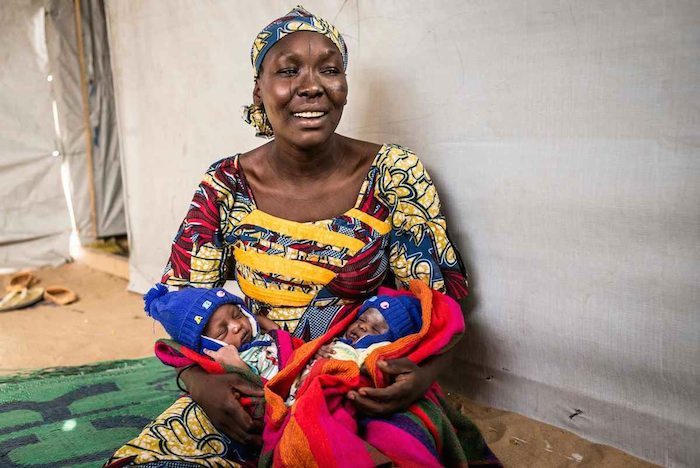 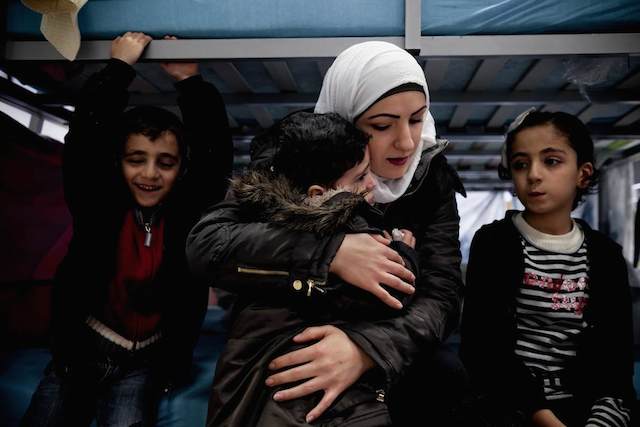 Amira Rasland, her husband Khalid and their three children are refugees from Homs, Syria. In 2015, the family made the weeks-long journey by land and sea, making their way from Turkey to Germany, where they filed for asylum. Despite the hardship and violence the family has faced, Amira says she and her husband have been careful to stay strong and positive: "The scariest part was the water crossing. We managed to put all three kids to sleep before the boat left, and used our bodies as shields between them and the sea so they couldn't see the water ... We had to master our emotions so we didn't transmit our fear to the kids."

Amira has big dreams for the future and says she plans to work hard to make them come true. "We're very determined — all of us — to go to school and master German. Twenty years from now, I hope that people around the world will talk about our family, the challenges we faced and the successes we achieved." 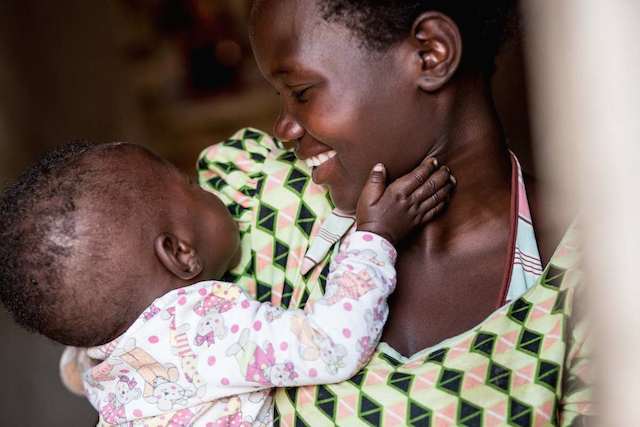 Martha Jere was born with HIV at a time when a diagnosis often meant death, especially for children in low-income countries. Now a mother herself, Martha has defied the odds and her 8-month-old son Rahim is part of Malawi's AIDS-free generation.

A decade ago, less than 1% of pregnant and breastfeeding women living with HIV were receiving the best treatment available. Today, approximately 60% of them are on antiretroviral treatment. To prevent transmission from mother to child, Martha took daily treatment and tested Rahim six weeks after he was born. "I was so excited, so happy he was not carrying the virus. [He's] growing healthy and strong. He is happy, friendly and feels comfortable with anybody."

Martha, after having received assistance through a teen support group for adolescent mothers living with HIV, speaks publicly about her experiences to help others. "I encourage other mothers I meet that even if they are HIV-positive, it's not the end of the world. They can still live a long life." 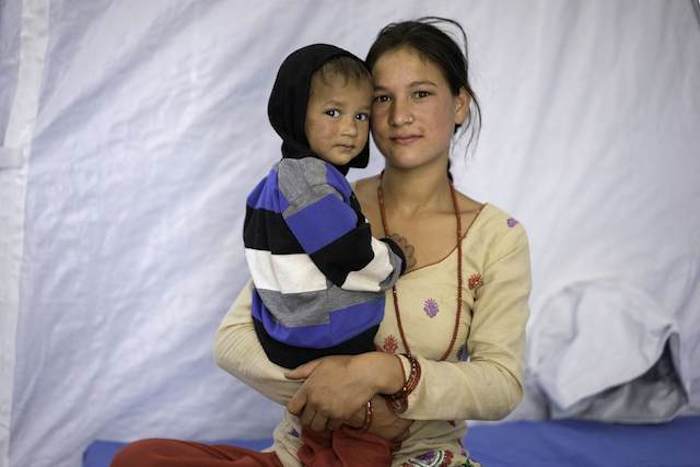 Bimila Dhakune was standing outside her house when the earthquake struck on April 25, 2015. Her husband and 4-year-old daughter had fled their house before it collapsed, but her youngest child, 18-month-old son Kris, was trapped under the rubble. His parents rushed in and dug him out with their bare hands.

Kris was unconscious and covered in dust. "It was terrible," Bimila recalled. "I can't remember anything [but] the dust and his blue face." When her son regained consciousness, she began to breastfeed him. "I thought, 'Oh my God, we are all alive.' If another earthquake happens, we will be OK, because we are safe now. The world can fall apart, but we are together." 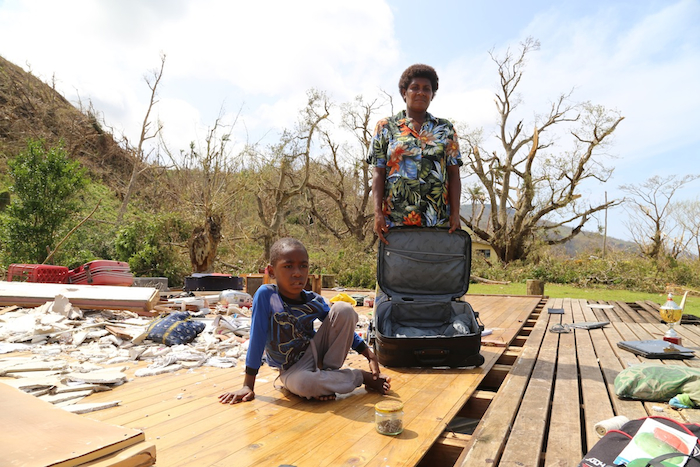 When Cyclone Winston crashed down around Salome's home in Fiji, she huddled with her two sons in the corner, and as the roof and walls were torn away, she reached for the only thing that could protect her 1-year-old boy: a suitcase. Placing the baby inside, she using her body to shield the case from tree branches and other flying debris and managed to run with both children to the relative safety of the village hall, where they spent the night. With UNICEF assistance, Salome and her sons were provided with water, health care and a safe space to stay during the recovery.

This Mother's Day, honor your own mom's courage and determination with an Inspired Gift purchased in her name, to help UNICEF respond to emergencies and provide other assistance for children in need. Browse the Mother's Day Moments Collection, or shop for food, transportation, immunization or schools. When you make a purchase we will send a card to your mom telling her about the lifesaving work she's supporting.

Photo, top: Maryamu Yakudu and her daughter Hyladan had to flee when Boko Haram attacked their hometown in Michika, Nigeria. They are living in a camp for internally displaced people in Yola, where they receive medical and school supplies and clean water from UNICEF. © UNICEF/UNI181413/Esiebo