The Fight Against Polio: Why Rotary Is Investing in Zero and Beyond

We’re so close to eradicating polio. Here’s what we need to do to finish the job.

When was polio last in Europe? Most people would guess 2002, the year the region was certified "polio-free." Unfortunately, Being certified polio-free doesn’t mean new cases can’t occur.

The last time polio affected a child in Europe was 2015. Two Ukrainian children were diagnosed with paralytic polio, and that likely means that many more were infected and didn’t show symptoms. At least one Western news outlet deemed the outbreak “crazy” — but the reality is that no place on Earth is safe from polio until the disease is eradicated everywhere. 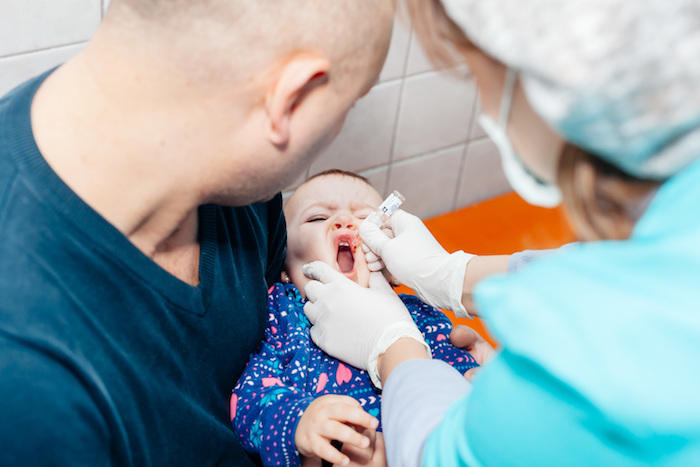 When a rare mutation of the poliovirus appeared in Ukraine in 2015, UNICEF and WHO supported a vaccination campaign to stop it from spreading. Yana, 2, gets her dose of oral polio vaccine in Kyiv, Ukraine. © UNICEF/UN09097/Krepkih

A rare mutation of the poliovirus surfaced in Ukraine in 2015

Ukraine had fully vaccinated only 50 percent of its children against polio, and low immunization rates are a recipe for an outbreak. In this case, a rare mutation in the weakened strain used in the oral polio vaccine was able to spread because so many children had not been vaccinated. To stop it from progressing, the country needed to administer 6 million vaccines through an emergency program.

“Rotary was there at the beginning of the global effort to eradicate polio,” says International PolioPlus Committee Chair Michael K. McGovern. “It would be unfortunate if Rotary isn’t there at the finish line. We’ve done too much; we’ve made too much progress to walk away before we finish.”

Finding poliovirus outside Afghanistan, Nigeria and Pakistan, the only countries that have yet to eradicate it, is not unusual. In 2014, just before the World Cup brought travelers from all over the planet to Brazil, poliovirus was detected in the sewage system at São Paulo’s Viracopos International Airport. Using genetic testing, officials traced its origin to Equatorial Guinea. Brazil’s regular vaccination efforts kept the disease from showing up beyond the airport doors.

Those are frustrating examples for the thousands of people around the world working to eradicate polio. The fight has come a long way, but it is far from over. And while many involved in the effort say we may detect the final naturally occurring case of polio this year, getting to that point — and ensuring that the disease remains gone — will continue to require money, hard work, and the support of Rotarians around the world.

The fight against polio has come a long way, but it is far from over

Here are the steps needed to ensure polio is truly gone forever:

One of the most important aspects of the fight to eradicate polio is detection. This requires continuous surveillance that is complicated and costly. Polio surveillance consists of two parts. First, doctors and community health workers monitor children for acute flaccid paralysis. The second part of the process involves local authorities collecting samples from sewage systems or in places that don’t have adequate sanitation facilities, including rivers or bodies of water near a large group of residents.

Ninety percent of people infected with the polio virus show no symptoms, and those who do usually have mild symptoms such as fever, fatigue and headaches. Only one in every 200 cases of the illness results in paralysis, which means that for every child who is paralyzed, several hundred are carrying the disease and may not show it.

And not every case of paralysis is caused by polio. Other viruses that can cause the polio-like symptoms known as acute flaccid paralysis include Japanese encephalitis, West Nile and Zika. To determine if a patient has polio, health workers must collect two stool specimens 14 days apart and send them to a lab for testing. 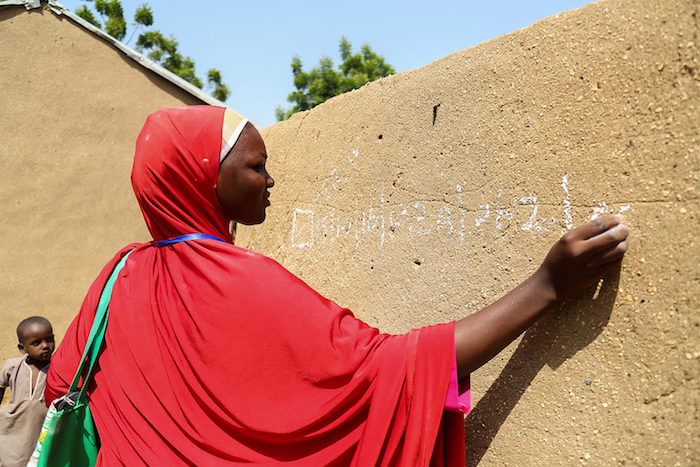 A team of UNICEF volunteers delivered emergency polio vaccines to children under 5 years of age in high-risk areas of Nigeria in October 2016. Here, a member of the team records data in chalk on a wall noting the polio immunizations conducted in Tashan Damboa, Borno State. © UNICEF/UN036826/Abubakar

To find the patients who don’t present symptoms or don’t make it to a clinic, Rotary and its partners in the Global Polio Eradication Initiative (GPEI) — composed of the World Health Organization, the U.S. Centers for Disease Control and Prevention (CDC), UNICEF and the Bill & Melinda Gates Foundation — have set up environmental sampling sites in the areas that are most susceptible to the disease.

Fifteen or 20 countries are still at high risk, despite having eradicated polio

Fifteen to 20 countries are still at high risk despite having eradicated the illness. Because the poliovirus is most easily detected, and most easily contracted, through stool, researchers take samples from sewage systems and, in places that don’t have sewer infrastructure, from rivers and open gutters.

GPEI has developed a network of 145 laboratories around the world that can identify the disease, and Rotary has played a leading role in supporting these facilities.

But regular environmental surveillance is “logistically not so easy to do and it’s relatively expensive. It adds a considerable burden to the labs to process the sewage samples,” says Stephen Cochi, senior adviser to the director, Global Immunization Division, at the CDC. “It costs real money to keep that network operational, and this lab network is the most highly sophisticated, state-of-the-art infectious-disease network in the world. Rotarians should be proud of that — it’s the No. 1 network, bar none.”

All viruses mutate to confuse the human immune system, but the poliovirus is notorious for doing so at a rapid rate

As part of this system of labs, Rotary has helped fund small, sophisticated local laboratories to track genetic variations of the disease. All viruses mutate to confuse the human immune system, but the poliovirus is notorious for doing so at a rapid rate.

One of these labs allowed Brazilian authorities to trace the virus at São Paulo airport to Equatorial Guinea more than 6,400 kilometers (4,000 miles) away. Lounceny, above with his grandmother in Siguiri, Guinea, contracted polio as a baby because he was not vaccinated. © UNICEF/UN036458/Holt

Vigilance is key to successful surveillance, says Michel Zaffran, director of polio eradication at WHO. “This is a hidden cost to the program that people don’t realize is absolutely necessary to maintain,” he said.

The vaccine itself isn't the biggest expense; it's the distribution of the vaccine

The appearance of polio in Ukraine in 2015 is a perfect example of why continued vaccination campaigns are essential — and not only in Afghanistan, Nigeria and Pakistan. Large-scale vaccinations are enormous undertakings that require money as well as thousands of volunteers on the ground. And in places where the vaccination programs have been successful, the challenge is now to locate and vaccinate that small percentage of children who have been missed. 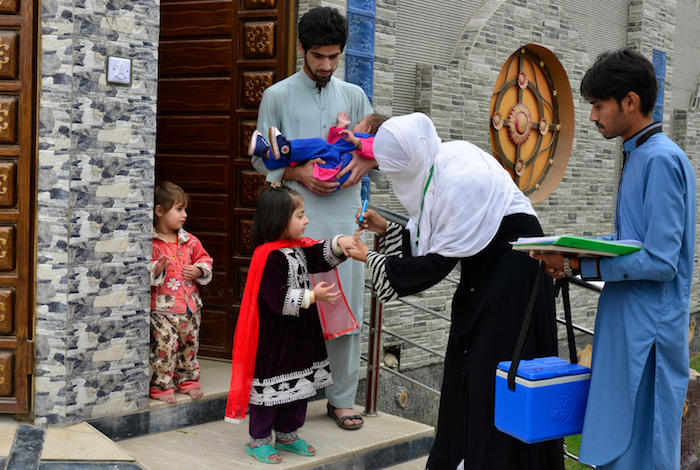 The vaccine itself isn’t the biggest expense in a vaccination. It’s the distribution of the vaccine — transportation and staffing, for example — that costs so much. In January, a grant from Rotary covered the costs of an Afghanistan vaccination campaign that involved more than 57,000 vaccinators, 3,100 vehicles, and 3,400 social mobilizers. In Niger, funds covered the cost of using 17 boats, 1,150 carts, 1,071 vehicles and 1,530 motorbikes.

Funds also went to initiatives in Somalia to cover the cost of more than 400 micro-planning workshops, 13,800 vaccinator and announcer trainings, and the use of more than 1,700 vehicles.

“I think sometimes people don’t realize the scale of what these immunization campaigns are actually like,” McGovern says. “Rotary and its partners have administered 15 billion doses since 2000. We’ve immunized 2.5 billion kids. Repeatedly reaching the kids to raise their immunization levels is very personnel-intensive.”

A vaccination campaign is almost mind-bogglingly complex. Rotarians’ contributions pay for planning by technical experts, large-scale communication efforts to make people aware of the benefits of vaccinations and the dates of the campaign, and support for volunteers to go door-to-door in large cities as well as in remote areas that may not appear on any map.

It sometimes includes overcoming local distrust of government or outsiders and negotiating complicated religious doctrine. And it means trying to understand the movements of nomadic populations or people pushed out of their homes because of unrest.

Regardless of how they live their lives, each of these children must be vaccinated.

To ensure that the poliovirus stays gone, the vaccine itself will have to change

Even if the last case of polio is identified this year, a huge amount of work will remain to ensure that it stays gone, which means vaccinating children for at least three more years. UNICEF health workers and volunteers make their way to deliver polio vaccines to the remote village of Bani Mansour, Yemen in February 2017. © UNICEF/UN057311/Al-Zikri

And the vaccine itself will have to change.

Today’s oral vaccines contain a weakened live version of the virus, which is much more effective at protecting communities from outbreaks and is less expensive to manufacture and distribute.

The live-virus vaccine, which has reduced polio by more than 99.9 percent, can, rarely, mutate back to a virulent form.

So once the virus has been certified eradicated, all of the live-virus vaccines around the world will be destroyed and replaced with an injectable vaccine that does not contain the live virus. 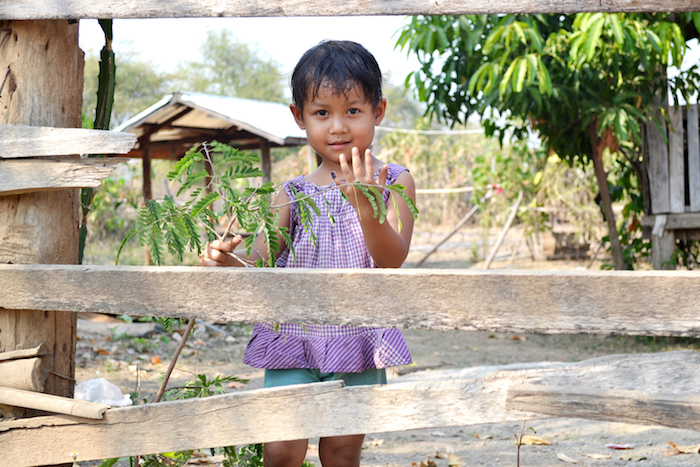 Once the final case of polio is recorded, it will take at least three years to ensure that the last case is, in fact, the final one. All of the eradication activities will continue to need funding and volunteers through at least 2020.

“We are so close,” says John Sever, vice chair of Rotary’s International PolioPlus Committee, who has been part of the eradication effort since the beginning. “We’ve got a 99.9 percent reduction in polio. But we’re not there yet. Rotarians and others have to keep working. People will naturally say, ‘Well, it seems to be basically gone so let’s move on to other things,’ but the fact is, polio isn’t gone. And if we move on and don’t complete the job, we set ourselves up for having the disease come right back.”

World Polio Day is October 24! The day commemorates the achievements made in polio eradication, while also looking ahead to raise awareness and funds to ensure that the world becomes polio-free. Tune into the Rotary International Facebook live stream on October 24 from 2:30 – 3:30 PM PST / 5:30 – 6:30 PM EST.

Since Rotary International and its partners launched the Global Polio Eradication Initiative, polio has plummeted from 350,000 cases a year 30 years ago to just 37 cases in 2016. Support the effort to fight polio here.