Children look to their parents for love, comfort, support and protection. The photos below celebrate some of the many ways nurturing dads around the world are working hard — sometimes in desperate circumstances — to see that their children receive the care and attention they need to get the best possible start in life. 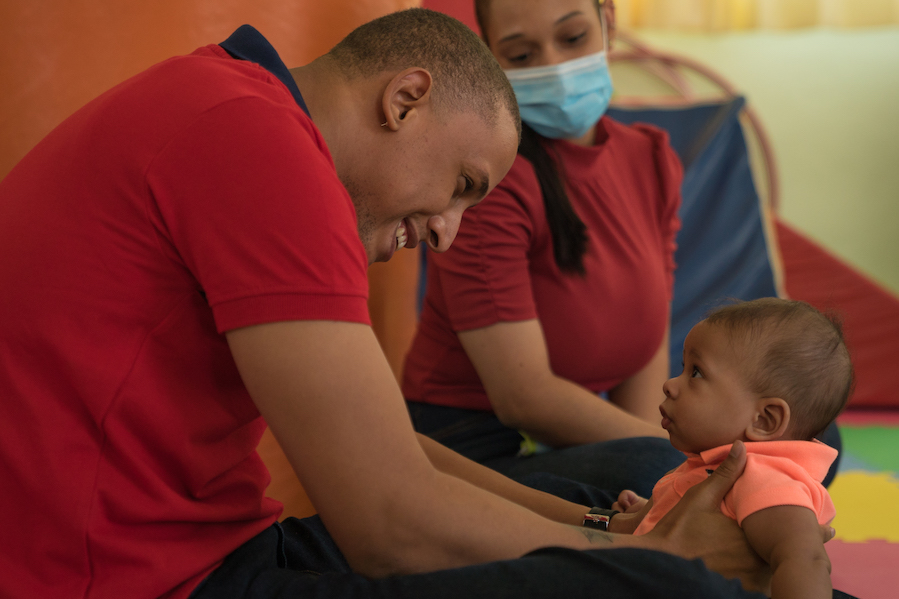 Children learn by playing and spending time with people who love them and pay attention to their needs. In Santo Domingo, Dominican Republic, a hands-on dad and mom take their baby son for a routine check-up, above. Their pediatric visits include parent counseling on responsive caregiving and creative play through Care for Child Development, a program implemented by UNICEF in more than ten countries across Latin America and the Caribbean. 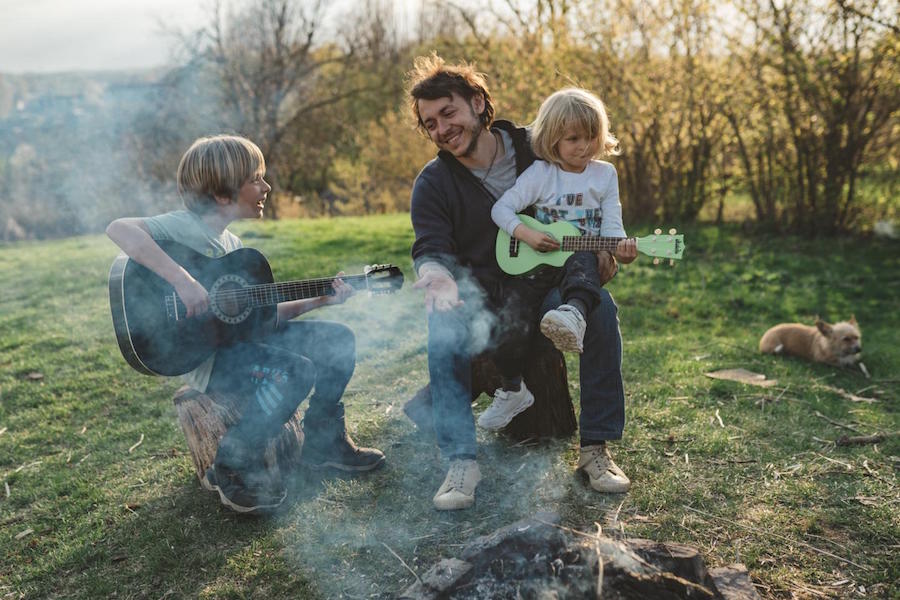 Oleksandr, a father of two, plays with his sons, 8-year-old Elvin and 3-year-old Leonard, in Kmelnytskyi oblast, Ukraine. The family left their apartment in Irpin after the war started. Oleksandr and his wife, Hanna, don't know when it will be safe to return home. In the meantime, they are focused on helping preserve their children's mental health by providing them with a happy home life and plenty of creative outlets and family togetherness. "My advice to all Ukrainian parents during these hard times is not to leave children alone with their thoughts and emotions, nor to let children spend long periods on tablets and smartphones. The children need your attention and care,” says Oleksandr. 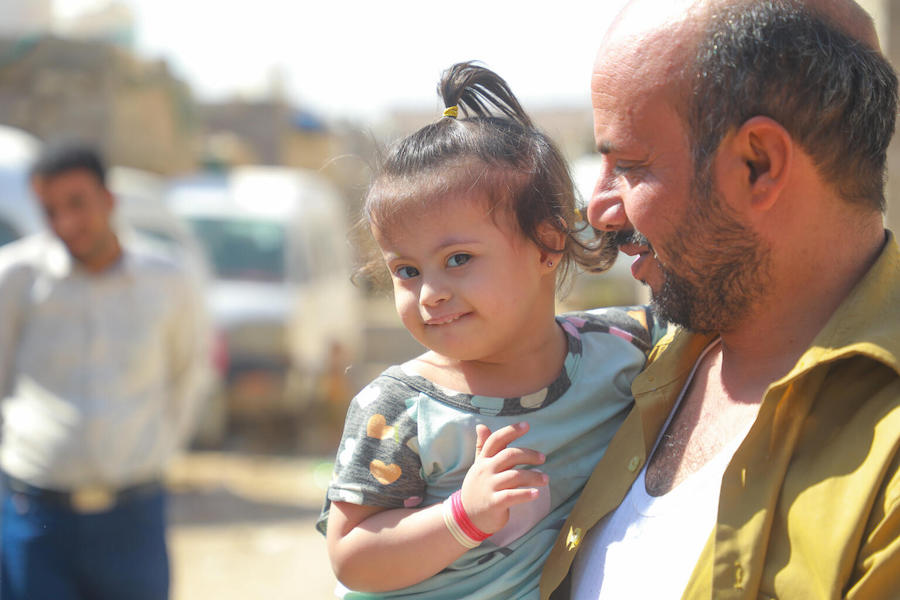 Caring dads make sure their children receive their immunizations to protect against vaccine-preventable disease. Salma, who was born with Down Syndrome, went with her father to get her measles and polio vaccines during a UNICEF-supported immunization campaign held at the Community College camp for internally displaced persons in Marib City, Yemen. UNICEF helped vaccinate more than 3.8 million children under 5 against polio and over 11,000 against measles in Yemen in 2021. 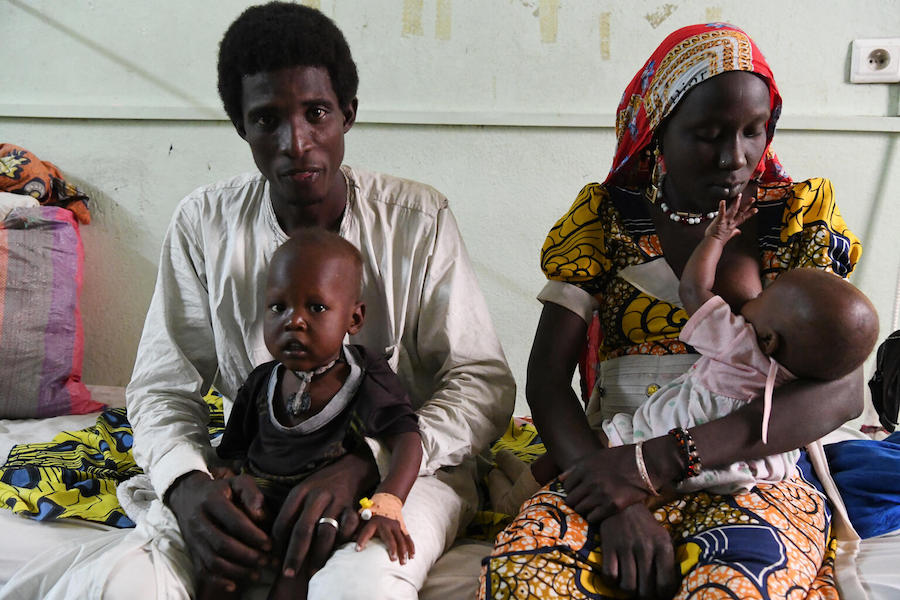 Shopkeeper Ahmat Djibine, 20, and his wife Halima, 17, traveled 80 miles to bring their malnourished 3-year-old son, Anahim, to the UNICEF-supported nutrition unit at Nôtre Dame des Apôtres hospital in Ndjamena, the capital of Chad. When Halima was pregnant with Anahim's baby sister, 7-month-old Amichaîr, she stopped nursing Anahim. At home, his daily diet of millet paste is very poor in nutrients. In 2021, a total of 249,513 children under the age of 5 were admitted to UNICEF malnutrition programs in Chad, with a cure rate of 93 percent. 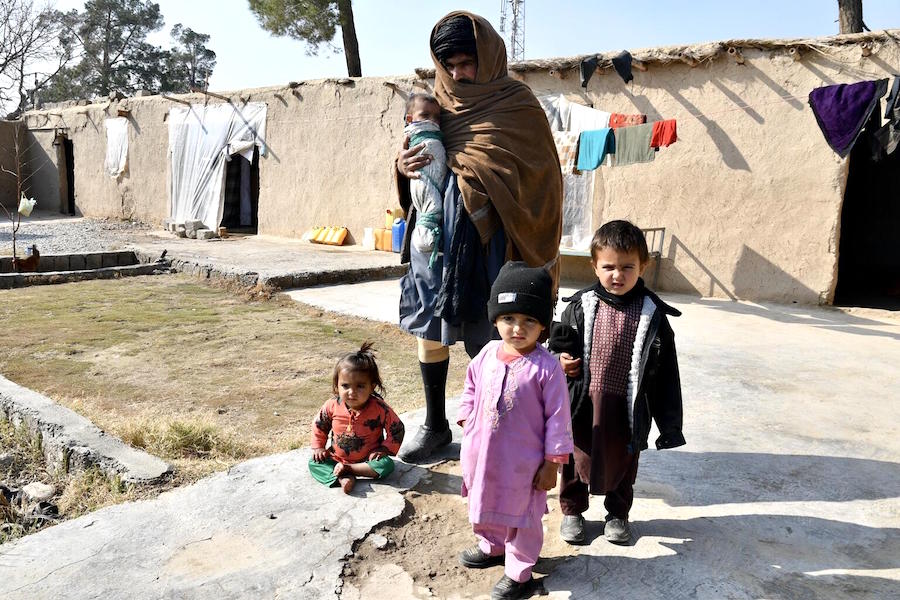 An adequate, well-balanced diet is the bedrock of child survival, development and health. This father of four children, above, lost his leg in the war in Afghanistan. He is unemployed and struggles to feed his family. His youngest son, a 6-month-old, suffers from severe malnutrition and needs treatment.

Afghanistan has one of the world's highest rates of stunting — low height for age, an indicator of chronic malnutrition — in children under 5: 41 percent. In 2022, 8.7 million people will be in emergency level food insecurity and 1 in 2 children under 5 years will be acutely malnourished. UNICEF plans to admit 1.1 million children for treatment of severe acute malnutrition in Afghanistan this year. 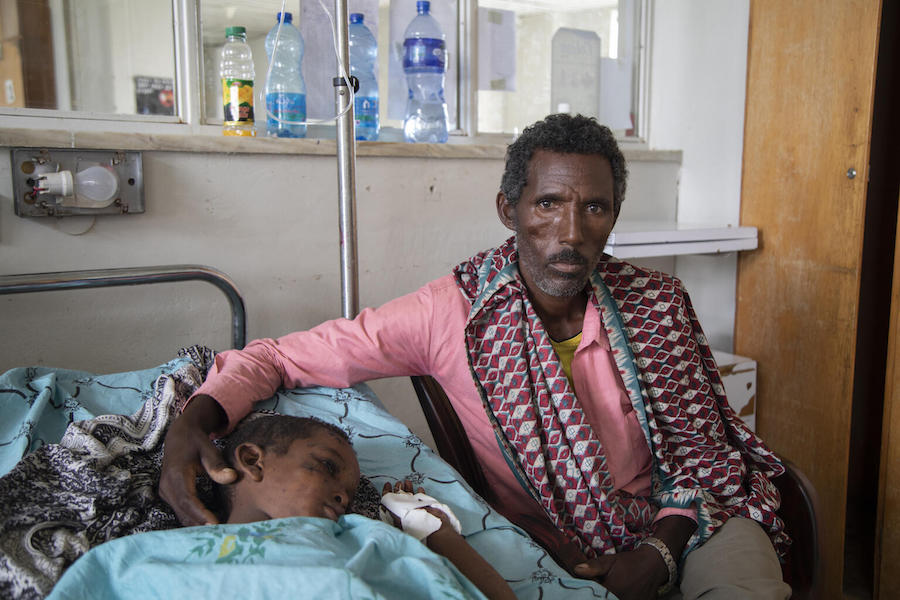 All parents want their children to grow up in safety. His face etched with worry, Barhe Atsma watches over his 10-year-old son, Shumuye, resting in his hospital bed in Ayder Hospital in Mekelle, the capital of Ethiopia's Tigray region. The family lives in Yechila, in an area that has seen intensive fighting during the conflict in northern Ethiopia.

Atsma took advantage of a break in the fighting to farm his land. Shumuye picked up what his father thinks was a grenade — "It had a ring on it." It exploded, shattering Shumuye's leg and killing his friend. He was brought to UNICEF-supported Ayder Hospital for treatment. Sitting beside his son, Atsma said his sole concern was for Shumuye to get "proper treatment and services." The family's house burned down during the fighting; they have been staying with extended family. As the conflict in Tigray escalated, UNICEF stepped up efforts with partners across sectors to respond to children's urgent needs.

UNICEF works with partners around the world to ensure children receive the support and services they need to have happy, healthy childhoods. Honor the dads in your life by making a contribution to UNICEF today.

Top photo: Oleksandr plays with his 3-year-old son, Leonard, in Kmelniytskyi oblast, Ukraine on April 30, 2022. The family fled their apartment in Irpin soon after the shelling began. Despite the shock and upheaval of the war, Oleksandr and his wife are trying to create a happy home life for Leonard and his brother, 8-year-old Elvin. © UNICEF/UN0646075/Busha