Efforts to vanquish deadly Ebola from the Democratic Republic of the Congo have battered the country's health system, leaving children and families vulnerable to other deadly diseases — old and new.

Health officials were days away from declaring an end to the most recent Ebola outbreak in the Democratic Republic of the Congo — it had been 40 days since the last new case — when the government confirmed a man's death from the virus, a 26-year-old from Beni, in eastern DRC.

It was a sober reminder of the need for constant and continued vigilance against a disease that had infected 3,310 and killed 2,130 since August 2018. Nearly one-third of those who died were children. 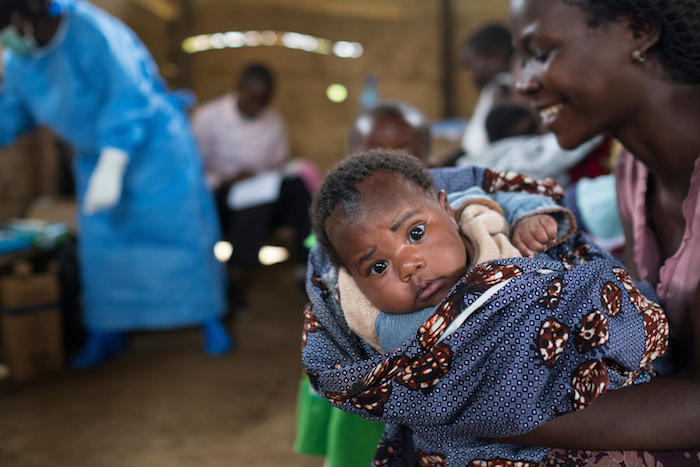 Lucie Kavira holds her infant daughter, Judith, and readies her to receive a number of vaccines at a UNICEF-sponsored immunization clinic in the village of Kuka, on the outskirts of Beni in North Kivu province, DR Congo. “It’s important for me to protect my child,” Lucie says. “I don’t want her to get sick.” UNICEF provides the vaccines, cold storage, transport, and logistical and technical support so that health workers can administer the vaccines. But more support is needed as the country’s health system, overburdened by the Ebola response, is failing to reach every child. © UNICEF/UNI312402/Nybo

UNICEF has been part of the emergency response since the beginning of the outbreak, the nation's 10th since the virus was first discovered there in 1976. UNICEF and partners have dispatched community health workers and supported decontamination of infected areas; led public information campaigns; shipped supplies and installed handwashing stations at schools among other measures to improve water quality, sanitation and hygiene — all critical for Ebola prevention.

Yet the picture has grown increasingly complicated — and dangerous. According to a new UNICEF report, the country's efforts to combat Ebola have diverted attention and resources from facilities across the country, depressing already low immunization rates and otherwise crippling an already over-stretched system — and leaving children and families more vulnerable than ever to measles and other killer diseases.

An overburdened health care system no match for measles

Around 16.5 million malaria cases were reported last year, causing nearly 17,000 deaths. The country's death toll from cholera was three times higher in 2019 than it was in 2009.

All of these diseases are preventable. 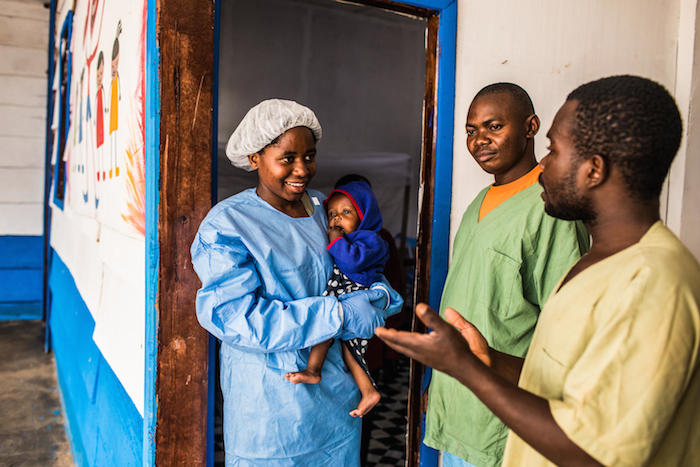 An Ebola survivor takes care of young children while their mothers recover from the virus at a UNICEF-supported treatment center. © UNICEF/UNI318827/Tremeau

And now COVID-19 cases are increasing fast, adding yet another health crisis to the mix — one that threatens to both steal the spotlight from other problems and hinder the country's ability to manage them all.

UNICEF and partners are already supporting COVID-19 response and containment measures in the DRC, as in other high-risk countries, as part of a broader strategy that includes enabling routine vaccinations for kids to continue, and providing nutrition, access to education, psychosocial support and other services.

More support is needed, however, to help the DRC shore up essential health services in the face of multiple health risks, and reach every child.

“Strengthening the DRC’s basic health care system is absolutely vital,” Beigbeder said. “Unless health facilities have the means to deliver immunization, nutrition and other essential services, including in remote areas of the country, we risk seeing the lives and futures of many Congolese children scarred or destroyed by preventable diseases.”

UNICEF Executive Director Henrietta Fore has also been vocal about the dangers of the COVID-19 response disrupting other critical services in the DRC and elsewhere. "We must not allow lifesaving interventions to fall victim to our efforts to address COVID-19," she said in a March 26 statement. UNICEF, Fore noted, is working hard to ensure adequate vaccine supplies are available in countries that need them, and is working with suppliers to ensure continued availability. 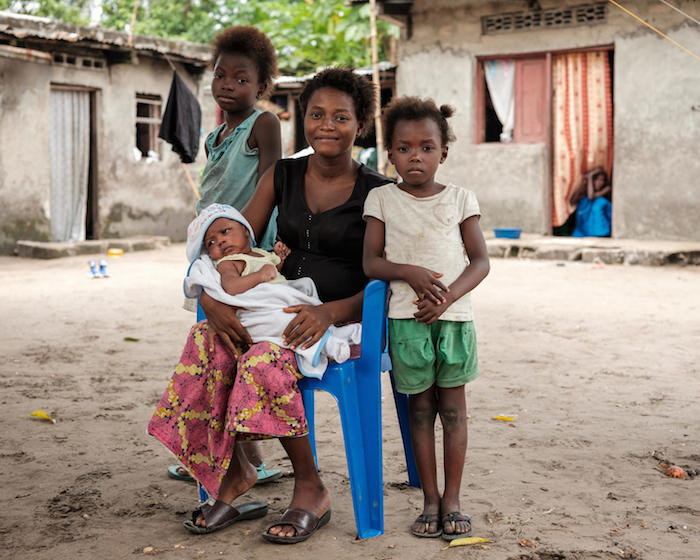 Measles deaths are all too common in the DRC's N’Sélé district, a cluster of impoverished rural communities not far from Kinshasa international airport. Mamba Bwanga, 25, lost two of her children to the disease within days of each other, amid the worst measles epidemic in the country's history. © UNICEF/UNI312430/Brown

UNICEF later confirmed that 24 countries, including the DRC, had suspended their measles vaccination campaigns for fear that delivering immunization services would contribute to the spread of COVID-19. Over a dozen other countries may follow suit. This would leave 117 million children across 37 countries unprotected.

On April 13, UNICEF and other partners in the Measles & Rubella Initiative released a statement asking governments to undertake a careful risk-benefit analysis when deciding whether to delay vaccination campaigns in response to outbreaks. "We urge leaders to intensify efforts to track unvaccinated children, so that the most vulnerable populations can be provided with measles vaccines as soon as it becomes possible to do so."

Learn more about UNCEF’s efforts to protect children during the ongoing Ebola crisis in the DRC.

Help UNICEF and partners accelerate support for the DRC as it battles multiple threats to children's health. Your contribution can make a difference.

Top photo: After catching the Ebola virus, Elise, 17, and her infant daughter Christelle, were treated and swiftly recovered. Other family members succumbed to the disease. Elise now receives psychosocial support services to help her cope with the loss and ease back into village life. While the country focused on defeating Ebola, other health services faltered, opening the door for other deadly diseases to make a comeback. © UNICEF/UNI308117/Ingram