Anne Joseph believes it was divine intervention that saved her family from the dangerous floodwaters that rushed through her village, in southern Malawi's Nsanje district. It was the middle of the night and she and her children were sleeping, when all of a sudden, she opened her eyes, sensing danger.

“I think God made me wake up,” recalls Anne, who quickly gathered up her children and rushed from her house. Moments later, their home completely collapsed. Anne, seen above near the wreckage of her home, is still recovering from giving birth to her youngest, 1-week-old Ndaziona. But with no other options,  she took her children to a nearby evacuation center, where she and many other parents are left pondering how to provide for their children and where they go from here.

Rebuilding their lives will be no small task, considering vast areas of southern Malawi have been destroyed and the newly planted fields many rely on for income and food are now covered by water. But UNICEF is on the ground, working hard to help families like Anne’s keep their children healthy and safe while they figure out what’s next.

In Malawi, Mozambique and Zimbabwe, roughly 800,000 children have been impacted by Cyclone Idai, one of the worst tropical cyclones ever to hit Africa.

Visiting with children and families affected by the cyclone in Mozambique's port city of Beira, UNICEF Executive Director Henrietta Fore had this to say about the desperate conditions there: “The situation on the ground remains critical. There is no electricity or running water. Hundreds of thousands of children need immediate help. The priority right now is to give them shelter, food, water, education and protection.”

In Beira, Cyclone Idai’s human toll is only just beginning to become clear. Today, CNN reported that as many as 300 to 400 bodies line the banks of a road leading out of the city, where an “inland ocean” created by floodwaters is now large enough to be visible from space. Thus far, the United Nations’ confirmed death toll is 242 dead in Mozambique, 259 in Zimbabwe and 56 in Malawi. But with communications down in regions impacted, the situation may be far more grave.

Although the cyclone that made landfall on March 14 has had limited impact in Malawi, the heavy rains and wind that moved into the region in early March have done significant damage. Some 920,000 have been affected by flooding that has laid waste to southern Malawi.

Thousands of families have been forced from their flooded homes, some with just the clothes on their backs. Across the country, 81,000 people have been affected and 17,400 displaced. Those who are homeless rely on humanitarian aid for food, water and emergency supplies. The floods have also disrupted the education of thousands of children, many of whom are now sleeping in the classrooms where they used to learn.

Yesterday, a UNICEF photographer visited with some of the displaced mothers and children who are staying at temporary camps in Nsanje. Though not all were willing to share their stories as Anne was, their faces speak volumes. Martha Martin, 28, spoke with UNICEF staff yesterday at the Bangula Admarc camp in Nsanje. She paid 10,000 kwacha ($832) to cross the river from Mozambique with her daughter. They didn't have enough money for the whole family, so her husband chose to send Martha and their child on to safety. “I last saw him on an island in the floodwater,” she said. “I haven't heard from him since.” 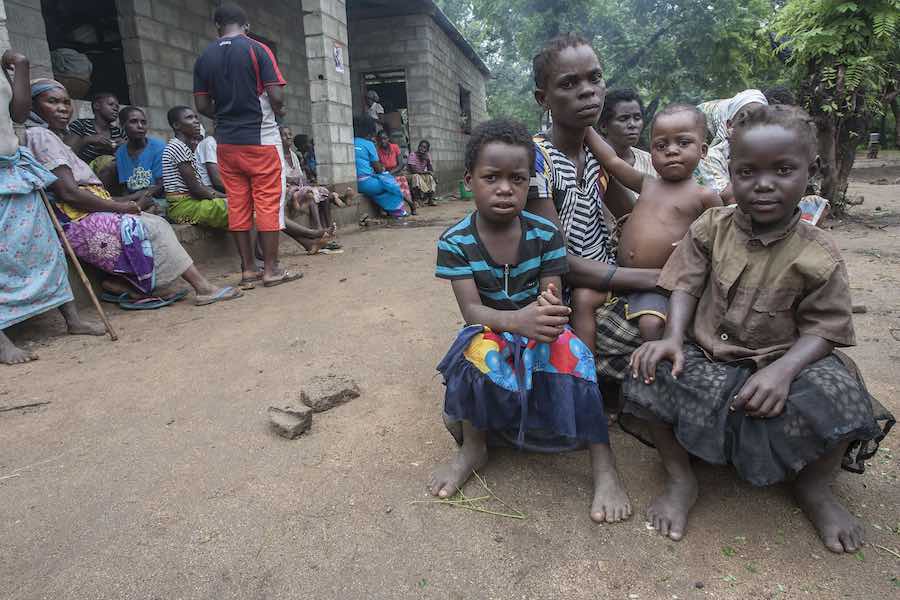 Mary Staford and her three daughters sit outside the Nyachilenda School, now home to Nsanje residents who've been displaced by the floods. Some 80,000 people have been displaced in Nsanje. Many are living in 187 camps, most located in schools, which are now being stocked with supplies by UNICEF and partners. 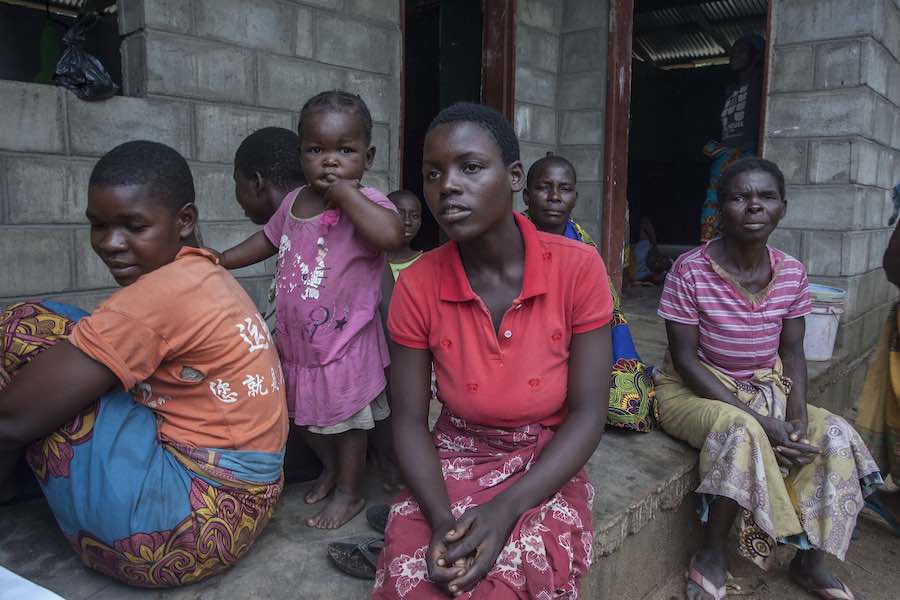 Nesi Kennedy (far left), 20, and her daughter, Florah, 3, have been displaced by floodwaters in their village, Biyasi. They are taking shelter at the Nyachilenda School camp in Nsanje. Of all the districts affected, Nsanje has been hit the hardest. Search and rescue efforts are still underway. UNICEF Child Protection Officer Malla Mabona unpacks recreational equipment delivered by UNICEF to help displaced children at the Nyachilenda Camp. Creating opportunities for children to play will be crucial to helping them heal from the trauma they've experienced. UNICEF and partners are also stocking these evacuation centers with what they need to stay healthy, too, including thousands of packets of oral rehydration salts, antibiotics and hundreds of antimalarial bednets.

The full extent of the cyclone’s impact in Malawi, Mozambique and Zimbabwe isn't clear. What is certain, though, is that it is utterly devastating.

Top photo: UNICEF's Alan Kumwenda shows Anne Joseph how to use a water purifying solution to keep her family's drinking water clean and safe. Since she's breastfeeding, Anne knows keeping herself hydrated and healthy is crucial to giving her infant the best start in life. “I don’t want my baby to get sick,” she said.

All photos by Amos Gumulira for UNICEF