Staying alive in Yemen, now in its sixth year of civil war, is not easy. More than 24 million people — some 80 percent of the population — is in need of humanitarian assistance, including 12.2 children. Sanitation and safe water are in short supply. Only half of Yemen's health facilities are functioning, limiting children's access to health and nutrition services.

By the end of August, the number of confirmed cases of COVID-19 in Yemen had climbed to 1,983, with 572 deaths; actual totals are thought to be much higher as reporting and testing are limited. Immunization coverage has stagnated, resulting in outbreaks of measles, diphtheria and other vaccine-preventable illnesses. This year, the number of malnourished young children in Yemen is expected to reach 2.4 million — almost half of all children under age 5.

To help Yemen's most vulnerable children, UNICEF and the European Union are supporting The Community Health Worker Project, which trains community health workers to provide children in hard-to-reach areas with the health and nutrition services they need to survive and thrive. The project recruits women like Fatima Khatem (above left), who works as a community health worker in the Hamadan District of Yemen's Sana'a Governate. "I feel proud of what I do in providing health services to children and women in the community and in the internally displaced person camp in the Dharawan area," she says. "The services that I provide to the local community and to the displaced in Dharawan Camp include awareness-raising and sensitization and child and prenatal care." In Manakhah District, also in Sana'a Governate, community health worker Hajar Al-Jidawi (below) started delivering door-to-door services after completing a UNICEF-supported training program. Hajar lives in the village of Jidaw (above), three hours away from the district center. She loves making house calls, even though it means navigating steep and rocky terrain every day. She conducts malnutrition and health screenings and promotes community awareness about the importance of hygiene and disease prevention.

There aren't enough words to describe my happiness seeing a smile on the face of a child whose health has improved, or a woman who has received prenatal care. — community health worker Hajar Al-Jidawi

"I feel great about my work; it has helped improve the health of the villagers," says Hajari. "There aren't enough words to describe my happiness seeing a smile on the face of a child whose health condition has improved, or a woman who has received prenatal care. The CHW Project has made a positive impact on health indicators and the detection of malnutrition and other diseases." According to the CHW Project officer in Sana'a's Manakhah District, Mohammed Thabet, "The health workers provide services to their communities after receiving theoretical and practical training in nutrition, reproductive health, child care and first aid." Thabet stresses the importance of the role of female health workers in reaching people who are unable to access health facilities and benefit from their provided services. 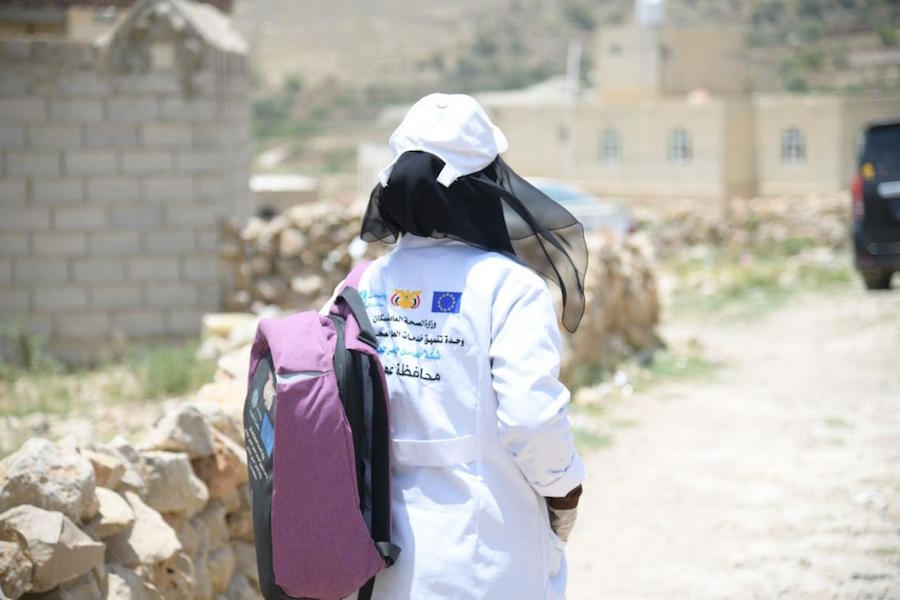 According to Amal Al-Shawish, a 28-year-old mother of four in the village of Dhayan in Amran Governate, "Basma, the community health worker in my village, saved me from death due to complications during pregnancy and childbirth."

Basma, the community health worker in my village, saved me from death due to complications during pregnancy and childbirth. — Amal Al-Shawish, 28-year-old mother of four

Al-Shawish visits Basma Al-Astuh 's small clinic for follow-up care for herself and her children. When she suffered from excessive bleeding during her last pregnancy, the CHW was quick to diagnose the problem and referred her to the hospital in Amran for proper treatment and care, which saved her life. 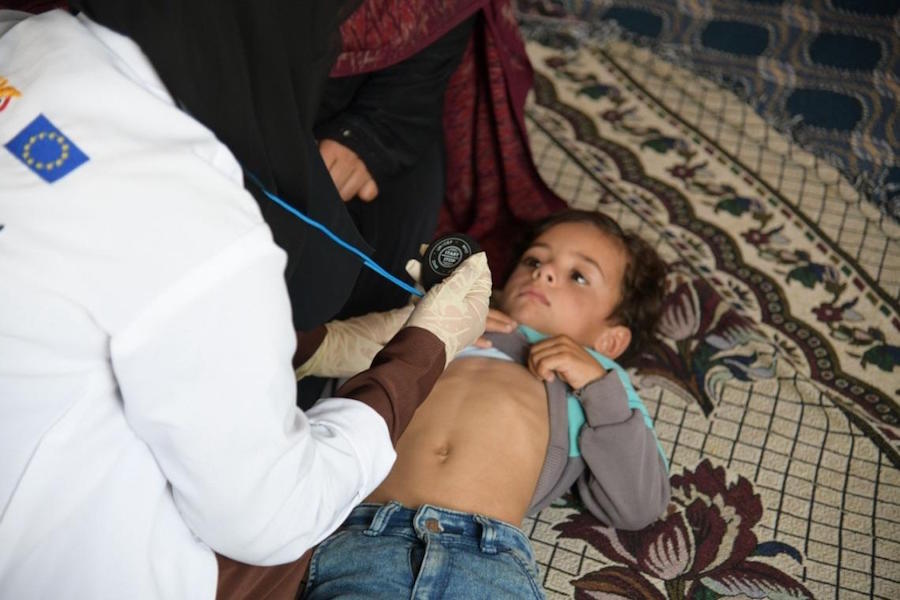 UNICEF is working through the CHW Project to maintain the country's health system in order to ensure better health care for every child. It also continues to support the expansion of primary health care services for children and women in Yemen, as well as regular outreach services for local communities.

Babies and children in Yemen did not choose to grow up in a war zone. But they are paying the highest price. UNICEF is asking all parties to the conflict and the international community to stop the war and preserve Yemen's health care system. Your contribution can make a difference. Please donate.