Children Back to School in Nepal

Five weeks after catastrophic earthquakes in Nepal, 14,000 children are back in school, giving hope to the 985,000 students who are still waiting.

When 7.8 and 7.3 magnitude earthquakes devastated Nepal on April 25 and May 12, the educations of almost 100,000 kids were interrupted. Children who had witnessed and withstood unthinkable damage and suffering in their communities have also lost their schools—places that for many represent hope for a more promising future.

Happily, five weeks later, almost 14,000 children in Nepal’s hardest-hit districts have headed back to class. With the Ministry of Education, UNICEF and partners have set up 137 temporary schools made of interlaced bamboo and tarpaulin roofing and outfitted with UNICEF-supplied educational and recreational supplies. Many children returning to class are traumatized. UNICEF and partners have trained 1,142 teachers to offer psychosocial support and teach disaster preparedness, health, hygiene, and protection—all essentials that families are eager to provide for their children in the wake of such a life-altering disaster. 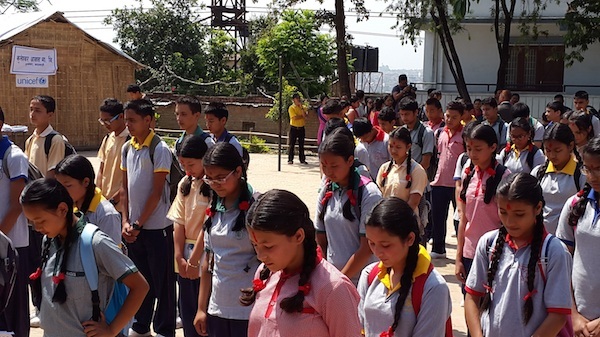 On their first day back to school, students at the Kuleshwor School in Kathmandu observe a moment of silence for Nepalis killed, injured or missing since the earthquakes. © UNICEF Nepal/KPage

In Balephi, Sindhupalchowk, 16-year-old Laxmi arrived for her first day back at school with a vermillion red tika dotting her forehead, the traditional mark of an auspicious day. She and other students and their teachers and parents started the session by digging holes, sawing bamboos and transporting desks, benches and mats; in just an hour-and-a-half they had helped turn a cornfield into a makeshift school. After singing the national anthem, the students talked about their experiences of the earthquake and how it has changed their lives. 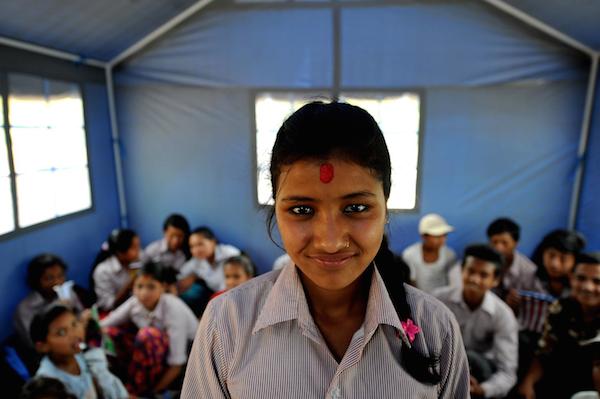 “I don’t think I will fear anything else in life,” said tenth-grader Nabina Ban, who had been cutting grass on a steep hillside when the second earthquake struck. “I immediately ran toward a safe place, from where I could see the road below splitting apart and the slope above slipping away.”

“It is no use hiding under a wooden bed when the entire house can crumble,” she added, recounting a painfully learned lesson to her classmates. Her friend Anita’s body was found under a bed. For Laxmi Giri, the lesson was to change the way houses are built in the village. “There should be enough open space for everyone to run for safety without obstruction.” 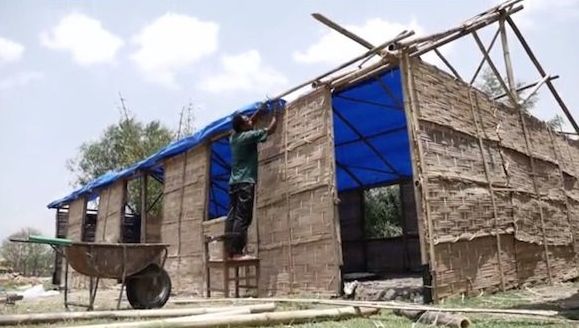 Temporary schools are being built in Charikot, near the epicenter of the May 12 earthquake. © UNICEF Video

Elsewhere in Nepal, children are not as fortunate. For 985,000 kids, getting back to learning is still an elusive dream—and an urgent need. “Evidence shows that children who are out of school for prolonged periods of time after a disaster are increasingly less likely to ever return to the classroom,” explains Tomoo Hozumi, UNICEF Representative in Nepal. 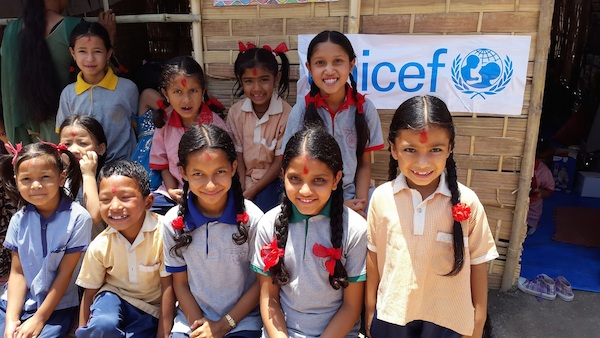 The children at the Kuleshwor School in Kathmandu are happy to be back in school. © UNICEF Nepal/KPage

At Kuleshwor Awas Secondary School in Kathmandu, teacher Sapana Sigdel agrees. She has been living in a tent since the first quake tore her home out from under her as she washed dishes in her kitchen. Returning to teaching the children has given her hope.

“It finally seems like things are going to be normal,” she says. 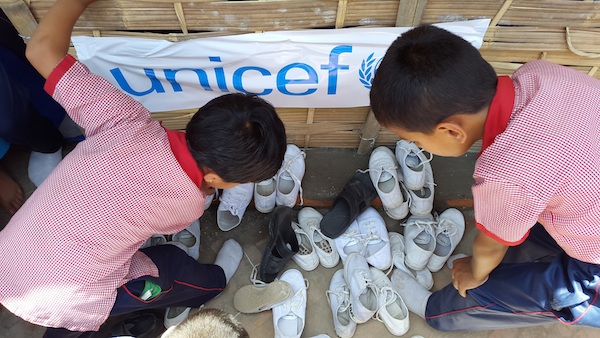 To keep their temporary learning space clean, children at the Kuleshwor School in Kathmandul leave their shoes outside. © UNICEF Nepal/KPage

At the Shree Balephi Secondary School in Balephi, Sindhupalchowk, principal Hari Sharan has been visiting families to discourage children from dropping out of school.

Teacher Balram Khanal says, “School is not just a building, it’s a spirit, and it’s up to all of us to keep it alive—no matter what.” 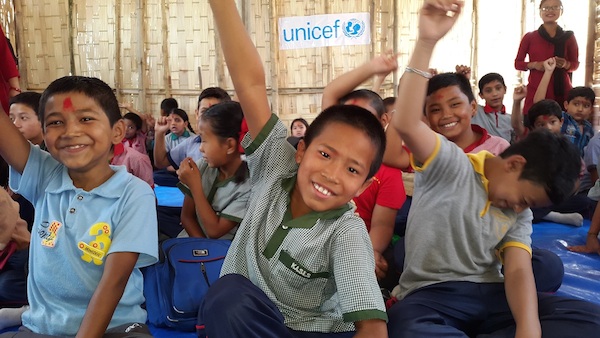 Boys at the Kuleshwor School in Kathmandu are happy to return to school for the first time since the earthquakes. © UNICEF Nepal/KPage