The number of Central American refugee and migrant children risking dangerous journeys to the United States is rising again.

There is no sign this trend is letting up, as UNICEF vividly details in a report released today. 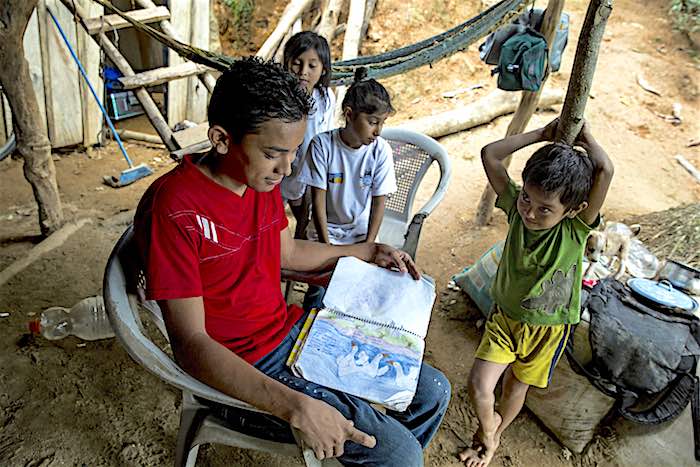 At 16, after fleeing his home for the U.S., Alexis lost a leg when he fell off a train in Mexico. Now 18, he has returned to live in Honduras in extreme poverty with his mom and five siblings. ©UNICEF/UN028139

“It is heartrending to think of these children — most of them teenagers, but some even younger — making the grueling and extremely dangerous journey in search of safety and a better life,” said UNICEF Deputy Executive Director Justin Forsyth. “This flow of young refugees and migrants highlights the critical importance of tackling the violence and socioeconomic conditions in their countries of origin.”

The facts are grim. 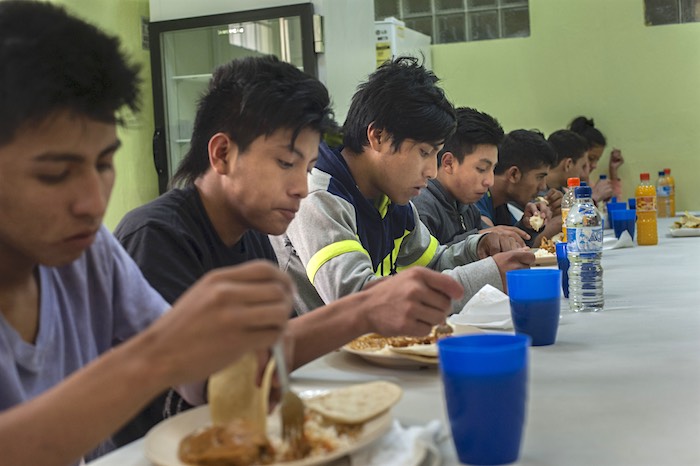 Eight migrant teens eat lunch in a Guatemalan shelter after deportation. They were detained in Mexico on July 4, 2016 while attempting to travel to the U.S. ©UNICEF/UN027440

Approximately 16,000 children from El Salvador, Guatemala and Honduras were apprehended in Mexico in the first six months of 2016.

Even if they reach the U.S., these children confront new risks. Children traveling with a parent risk swift deportation or months of detention. Unaccompanied children apprehended in the U.S. are guaranteed an immigration court hearing, but are not entitled to a court-appointed attorney.

And those without lawyers during U.S. immigration hearings are much more likely to be deported than children with representation. In fact, an analysis of recent cases reveals that 40 percent of unrepresented children were ordered deported while only three per cent of children with lawyers faced the same fate. Angel, 12, and his sister Valeria, 4, now back in Honduras, were held hostage in Mexico for 42 days.  Along with their father, Pedro, they had left home to join their wife/mother who is working in Houston, Texas. ©UNICEF/ UN028168

Vulnerable children fleeing Central America, many traveling without adults, need protection every step of the way. They face dangers no child ever should: in their home countries of El Salvador, Guatemala and Honduras — which have some of the world’s highest murder rates — when they cross Mexico and when they arrive in the U.S. And those who are deported face the risk of being attacked or killed by the gangs they sought to escape.