Bringing Trafficking Survivors Out of the Shadows

With sensitivity and compassion, Matilde Simas has spent years documenting the impact of various forms of human trafficking and forced labor, sharing the stories of survivors who are slowly rebuilding their lives.

Simas's series "Philippines: Girls as a Commodity" — awarded an honorable mention in UNICEF's Photo of the Year contest in 2019 — features a group of girls between the ages of 9 and 16. Some were rescued from cybersex dens. Seven, including the young girl above, were intercepted in the Manila Airport just before boarding a flight to Saudi Arabia. The paying work they had been promised by an unscrupulous employment agency was, in fact, domestic slavery. Simas spent time getting to know the girls, following their progress at a longterm shelter for trafficking survivors, run by Voice of the Free, a local NGO. The resulting portraits speak volumes about trauma and resilience.

My aim is to empower survivors; to tap into the therapeutic power of photography to help survivors in recovery. — Matilde Simas

"My aim is to empower survivors; to tap into the therapeutic power of photography to help survivors in recovery," Simas explains. "Early on it became evident that, for some, it nurtures their confidence, for others it has given them a feeling of being worthy and valued. The objective is to move away from notions of pity and disempowerment and to portray courage, honesty, beauty and strength." 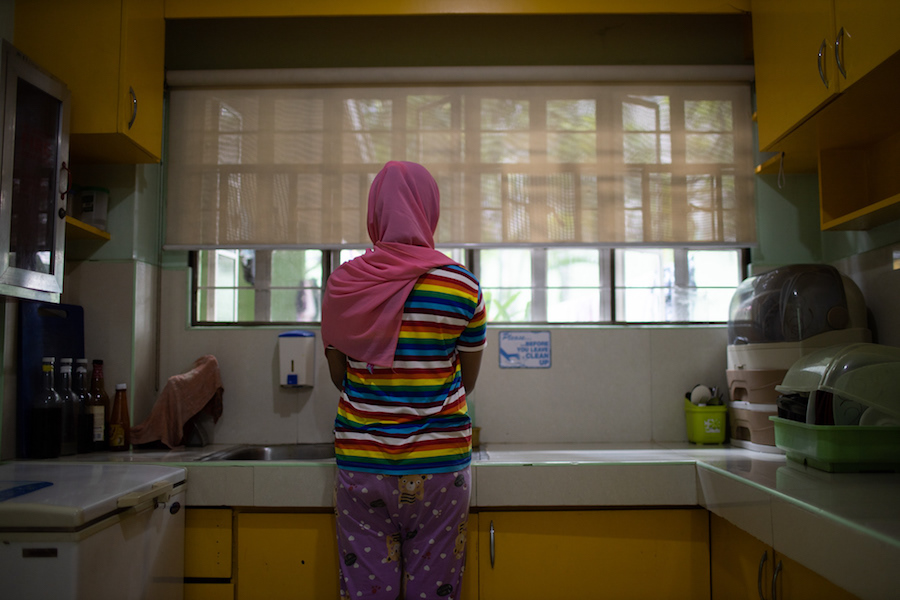 Ramey* worked long hours doing heavy labor as a child domestic worker before she was rescued and brought to the shelter. She was not allowed to go to school and cannot read or write. Residents at the shelter receive psychological services, child welfare case management, education, life skills lessons, legal protection, advocacy support and group wellness activities. Teenage trafficking victims gather for a peer counseling session with a psychologist. 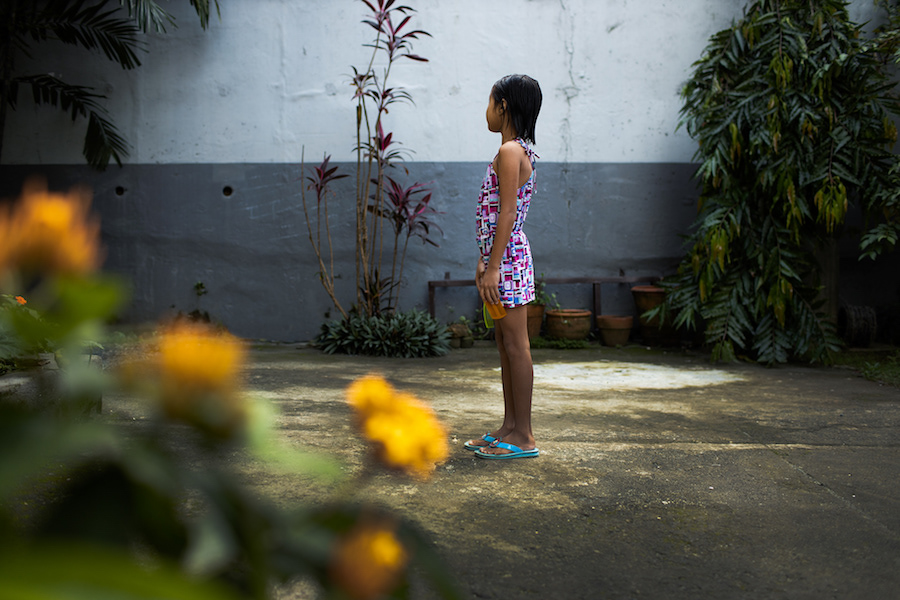 Nine-year-old Maryanne* has been living at the shelter since she reported being sexually exploited by her father. Almost all cybersex trafficking cases in the Philippines involve children abused by relatives or family friends, according to Voice of the Free. Half the victims are 12 or under. "A lot of parents in the Philippines don't feel they're causing their child any harm because cybersex is just in front of a computer, it's not physical touch," says Simas. "But sometimes it is physical touch." Either way, it's a form of violence against children and a violation of their human rights. 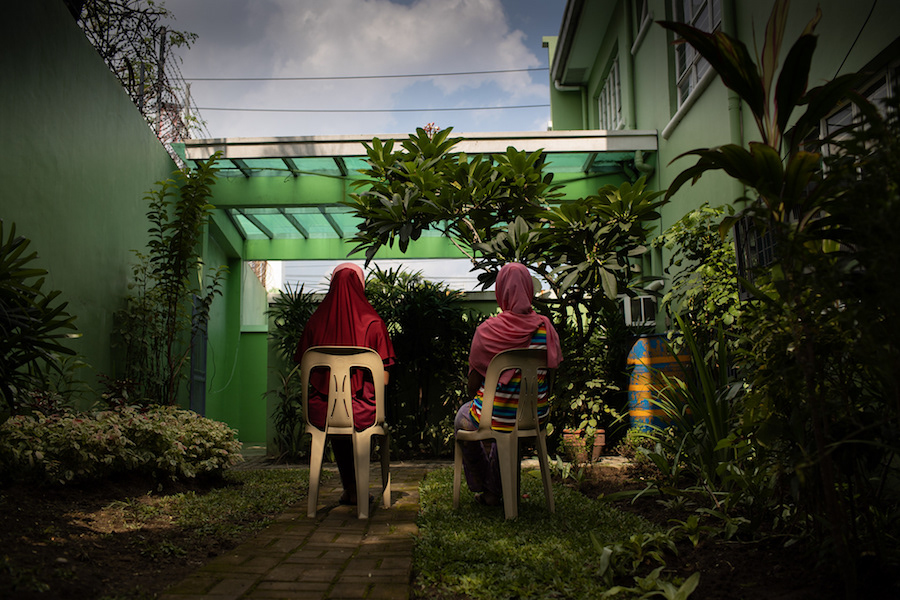 Simas uses a trauma-informed approach to create her images, making sure that her subjects won't feel exploited all over again. "Each of these girls, although they're under age, they're all very mature and they all know what's going on," she says. "They're so incredibly brave." 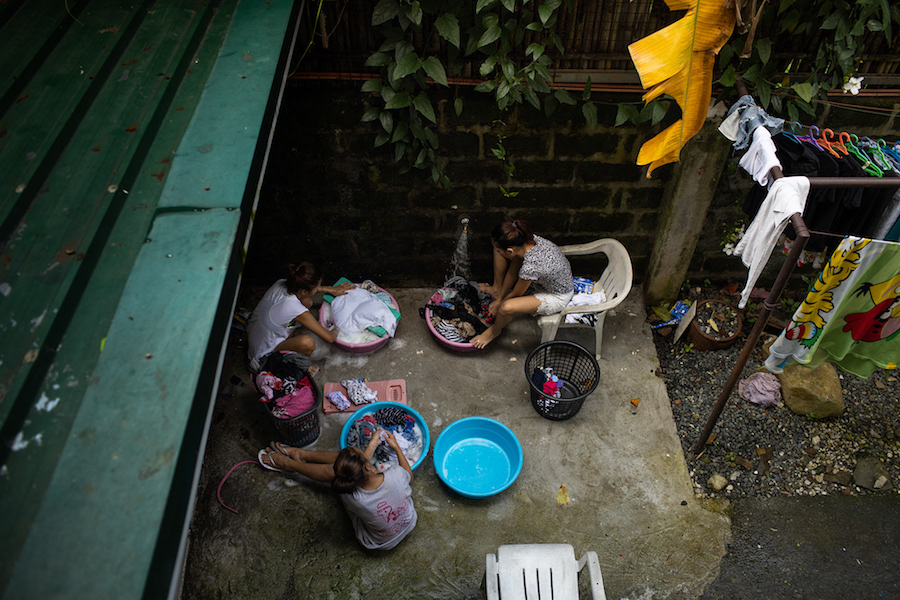 "I'm creating awareness about human trafficking through the recovery process and the healing process," says Simas. "Most of the time, I don't talk to the girls about their experience, unless they want to talk about it. I want to learn more about how they see themselves, and how they see their future. What are their aspirations?" A former child domestic worker is overcome with emotion after sharing details of her abuse at the hands of her employer. Child domestic workers are expected to do adult work and suffer extreme physical, verbal and sometimes sexual abuse. Kept from attending school or even leaving the premises, they have no outside contact or support system. 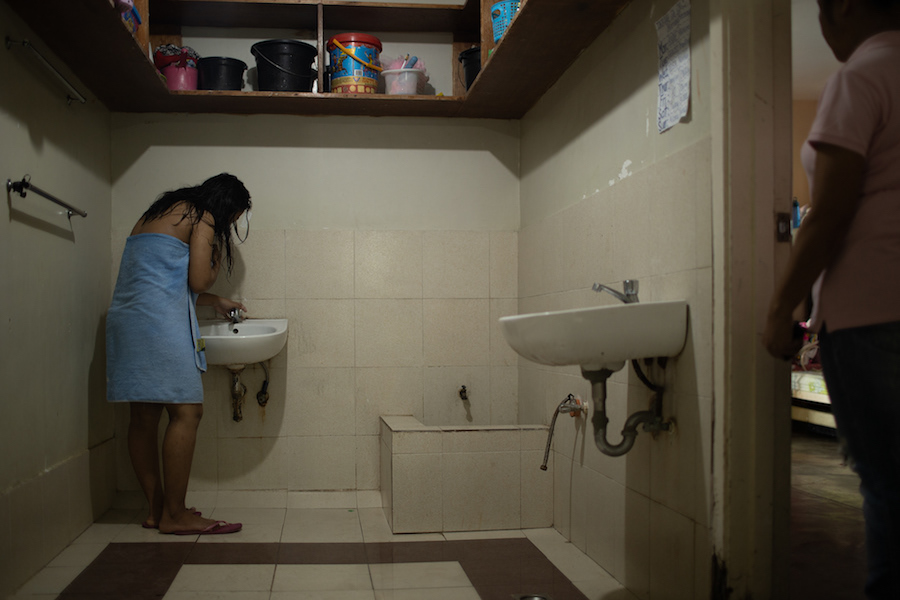 "Although I make it a point never to ask survivors about their trafficking experiences, my work focuses on recovery and reintegration, and many survivors share their stories with me," says Simas. "As a result, I often provide a safe space to relieve their pain. I need to remind myself, 'This is not my pain. I'm just holding it for a little while.' " 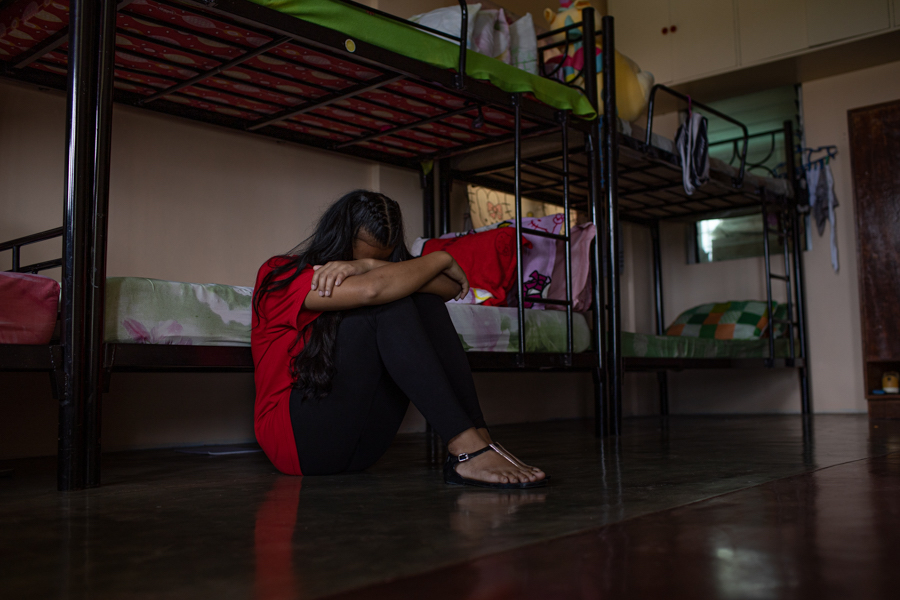 In 2017, Simas founded Capture Humanity, an organization of photographers, filmmakers and writers documenting the work of humanitarian groups and conservation efforts around the world. To learn more, and to see more of Simas's work, visit CaptureHumanity.com.

* All names have been changed to protect the girls' privacy.