Born a Rohingya, and a Refugee

Since August 2017, more than 600,000 ethnic Muslim Rohingya have fled to Bangladesh, escaping a brutal campaign of violence in Myanmar. As many as 80 percent of the newly arrived refugees are estimated to be women and children. Eighteen-year-old Hazera and her family spent ten days hiding in a forest after soldiers attacked their village in Maungdaw township in troubled Rakhine State. They walked for five days to reach the Cox's Bazar district in Bangladesh. Soon after arriving, Hazera went into labor in her family's shed shelter in the sprawling Kutupalong refugee camp. After three days of painful labor, her family brought her to the camp's UNICEF-supported birthing center, where midwives helped her deliver her daughter, Kismat. "I was in so much pain, but I feel safe here," the exhausted teenager said. 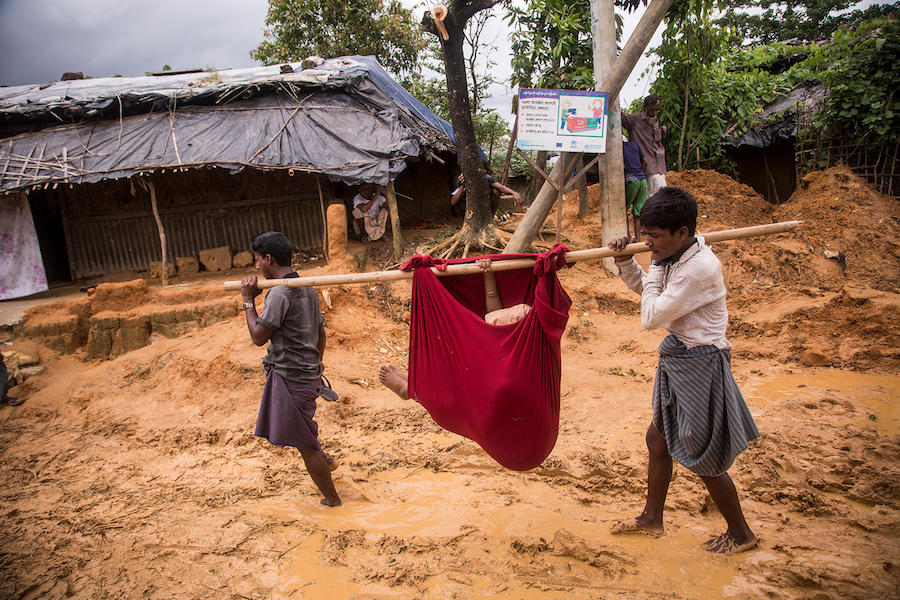 When it was time for mother and baby to leave the birthing center, Hazera was still too frail to walk the four to five kilometers back to the family's shed, so her husband, Mohammad, and her younger brother improvised a stretcher and carried her. "My wife is weak," said Mohammad. "On the walk here to Bangladesh, we made several stops to let her sit and catch her breath." The refugee camp has swelled to bursting as more and more refugees pour over the border every day. The camp is now a vast sea of makeshift shelters covering thousands of acres across numerous hills linked by muddy roads and rickety bamboo bridge walkways. 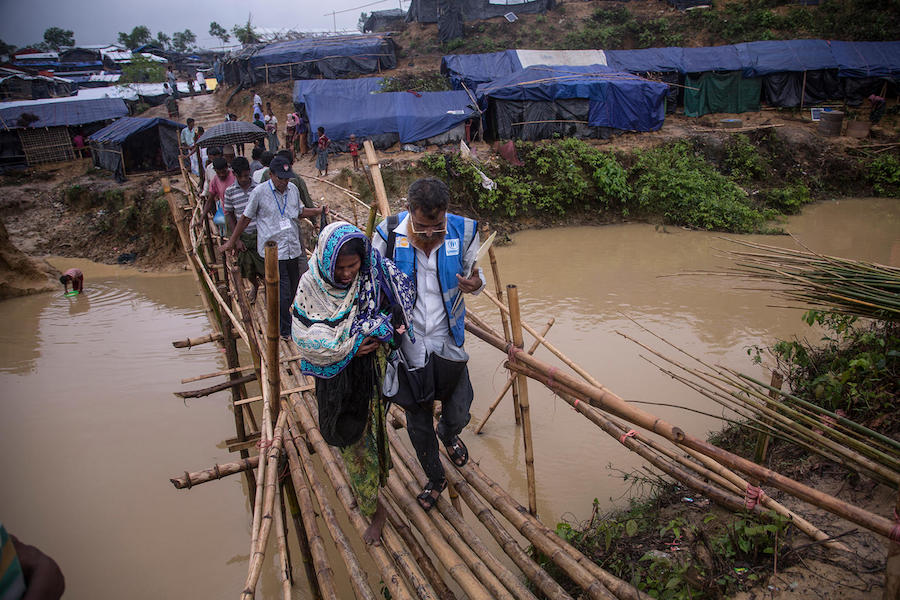 Hazera's mother, Johora, followed behind the improvised stretcher, carrying baby Kismat in her arms. But her son and son-in-law, who knew the way, walked ahead too quickly, and soon Johora was lost. Thousands of nearly identical shelters, all made of flimsy plastic sheeting stretched over bamboo poles, have been set up on every conceivable space up and down the many hills. How to find the right one? A volunteer health worker offered to help Johora find her family's shelter, and they set off across yet another swaying bamboo bridge. Johora scanned the horizon, looking for her family's shelter. Anxiously, she asked passers-by for directions. The rain began to fall, so she wrapped the baby in her shawl as she continued to wander through the encampment. As Johora passed countless sheds, baby Kismat began to cry. She was hungry and cold. But where was her mother? Finally, Hazera's younger brother spotted Johora in the distance. When he reached her, she handed Kismat to him. Carrying his 4-day-old niece, he led the way down a muddy slope back to the family's shelter, which was still a long way away. 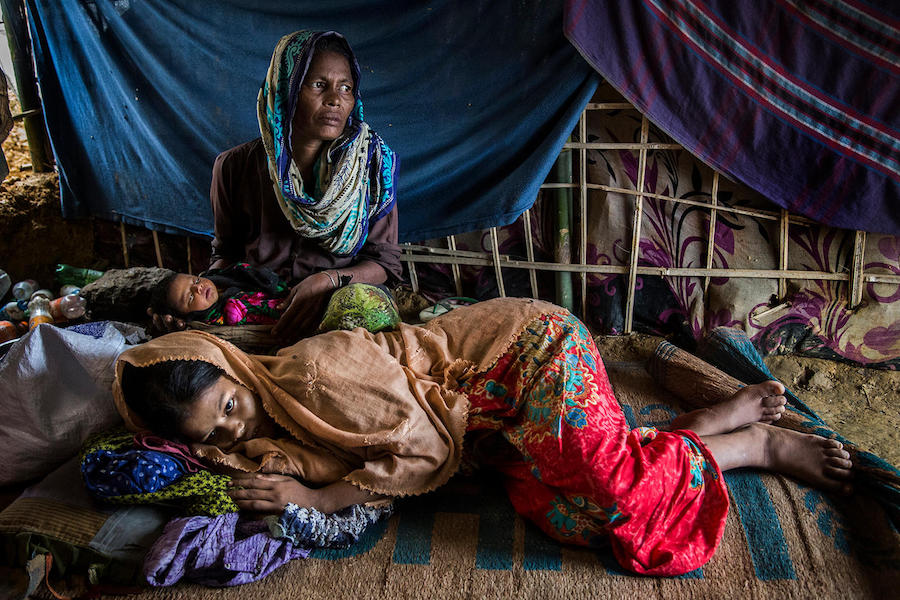 Johora had trekked nearly six kilometers with Kismat to bring her back to the family's makeshift shelter, where Hazera was waiting anxiously for her baby's return. Back safely with her mother and finally fed, little Kismat fell asleep in her grandmother's lap. The baby's mother, still in pain, rested beside them.

Top photo: Days after arriving at the Kutupalong refugee camp in Cox's Bazar, Bangladesh, 18-year-old Hazera gave birth to her daughter, Kismat, in a UNICEF-supported birthing center for Rohingya refugees. All photographs by Roger LeMoyne for UNICEF