UNICEF and Houston come together to celebrate World Children’s Day

November 20th was a very special day. Not only it was World Children’s Day, but it was also the 30th anniversary of the Convention on the Rights of the Child, an international agreement on childhood. It’s the most widely ratified human rights treat in history and serves as reminder to the world that we will never stop fighting for the rights of the children.

Right here in Houston, we had a full day of activities! In the morning, 100 elementary school kids from Alief Best Elementary were invited to City Hall. Best Elementary is one out of the hundreds participating schools in the the UNICEF Kid Power Program in the Houston Area. Throughout Best Elementary's 31 classrooms, kids have helped to save the life of 1 malnourished child by moving and unlocking packets of ‘Ready To Use Therapeutic Food (RUTF)’. As they arrived at City Hall, they were able to participate in various activities led by UNICEF volunteers such as decorating UNICEF letter posters and writing sweet thankful notes for the families in honor of Thanksgiving. A press conference was also held in front of media and invited city council members, government representatives, and other esteemed members of the Houston Community.  At this conference, the City of Houston publicly committed to taking steps to become a Child Friendly City. Mayor Sylvester Turner is the first Mayor in the United States to sign the Global Child Friendly Cities Initiative Manifesto, joining over 130 mayors from around the world who seek to build sustainable child friendly cities for today and into the future. We were able to hear from two Best Elementary school kids on what UNICEF and the KidPower program means to them. Arie and Heberto shared a moving testimony on how KidPower has impacted their life. Former Houston Dynamo star and current owner of sphere, Mike Chabala, was generous enough to lead a UNICEF Kid – Power soccer clinic for the children at Sam Houston Park. The kids were able to show off their best penalty kick abilities. I am beyond excited that I was able to participate in UNICEF’s World Children’s Day celebrations and see the Houston community come together for children on such a special day. Being able to meet real children, that are part of the Kid Power program, talk about how important UNICEF is to them, especially at such a young age, makes me hopeful for the future of kids worldwide.        - Madhu Nambi (UNITE Houston Community Engagement Intern) 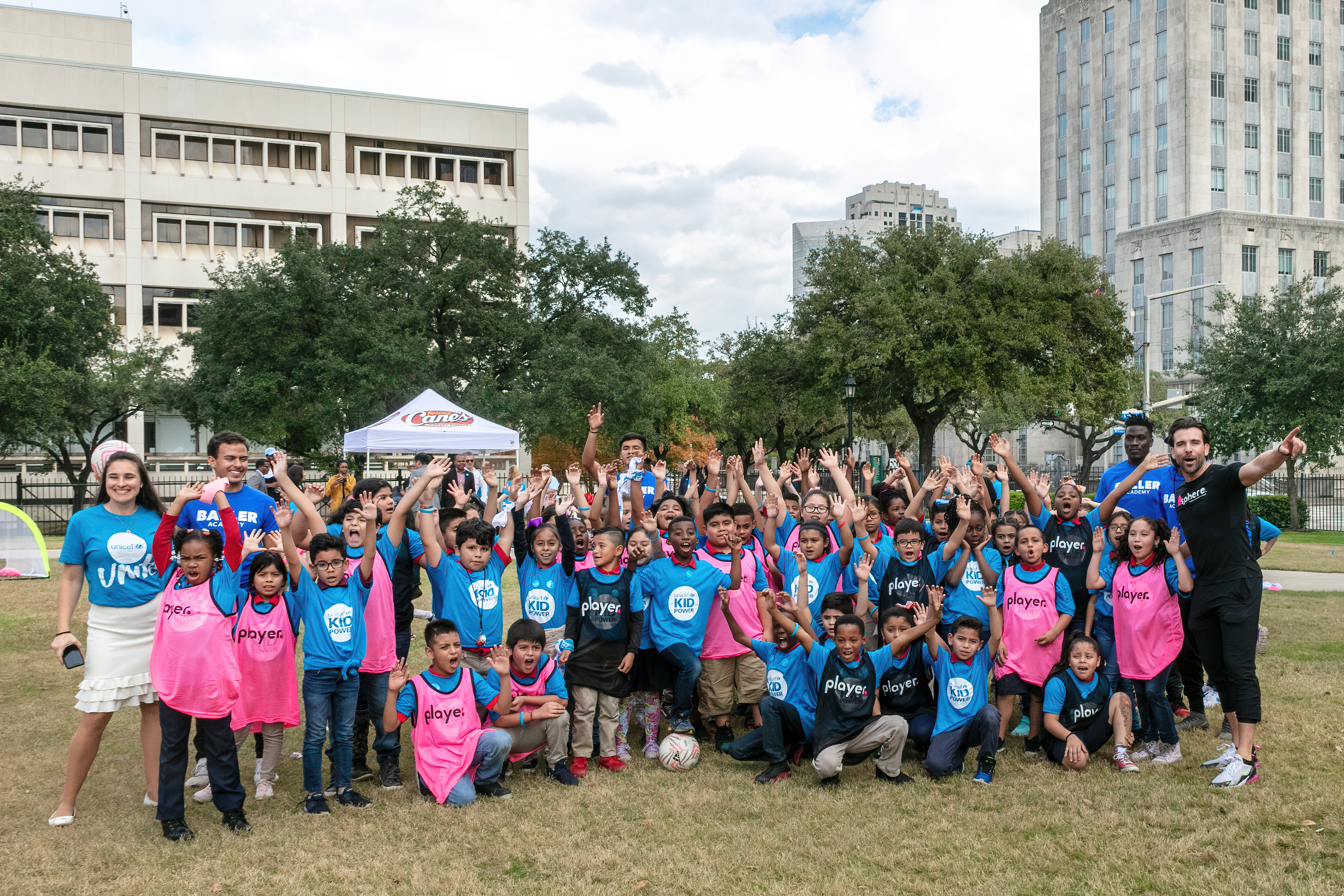 At the same time, UNICEF UNITE volunteers held their own UNICEF booth to be a part of the weekly farmer’s market in front of City Hall. Volunteers shared UNICEF’s mission to attendees and created a community essay sharing their #VisionForChildren. 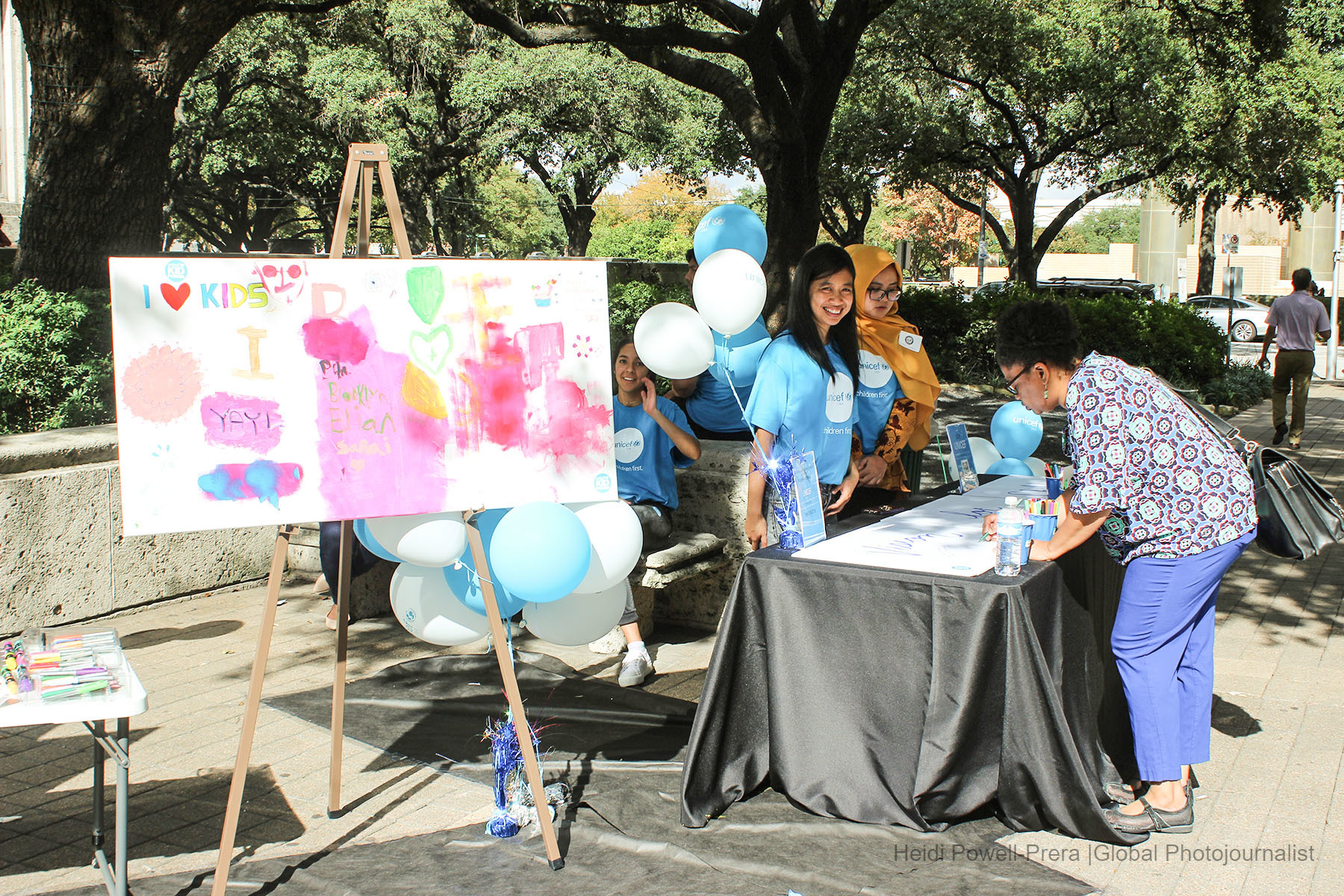 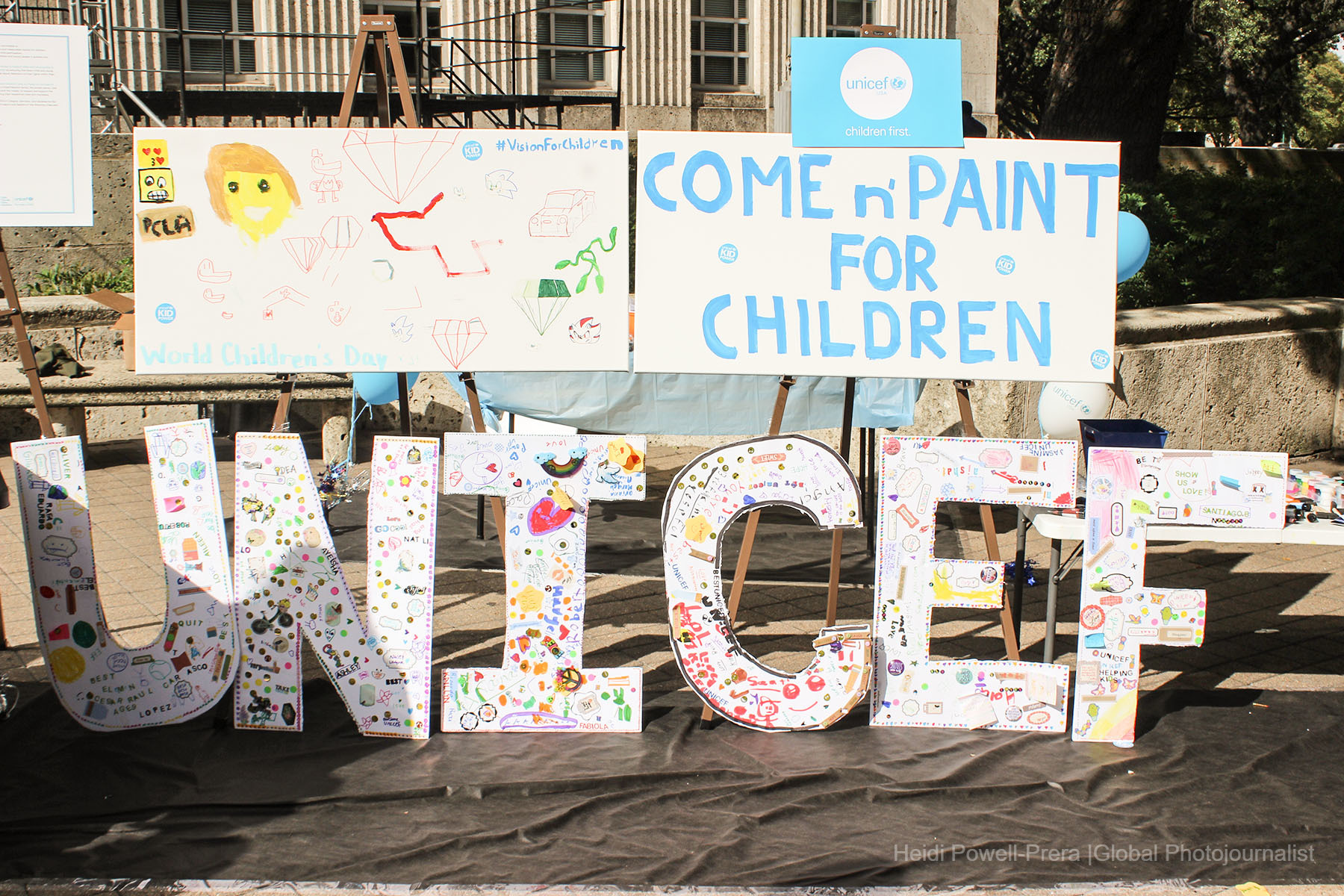 We cannot thank the Houston community enough for coming together to celebrate World Children's Day with UNICEF. Special thanks to the organizing team:

The City of Houston shares UNICEF’s belief that only when the rights, voices, needs and priorities of children and young people are integrated into public policies, programs and decisions will communities become truly child friendly.  - Juliet Stipeche, Director of Education, City of Houston Mayor's Office

The volunteers that helped facilitate the full activities came from the Trick or Treat Program and UNICEF High School and Campus Clubs and the UNICEF UNITE.

As the sun set, City Hall and the surrounding Houston Skyline along with the bridges on  Highway 69 lit up UNICEF Blue to end the World Children’s Day Celebrations. Besides World Children's Day, the UNICEF UNITE team in Houston has organized and supported numerous other activities and events. If you are excited to join the Houston UNITE team, please sign up at unicefusa.org/unite or contact the Houston Community Engagement Associate, Olivera Jankovska at ojankovska@unicefusa.org