2017 was a devastating year for the world's children. Here are ways that UNICEF made a difference.

Looking back on the humanitarian landscape of 2017, it can be easy to focus on the negative: conflicts that show no sign of relenting and with children under attack left with no safe place to go, natural hazards that destroyed millions of homes and lives. But amid the devastation, there are glimpses of hope – girls saved from early marriage, children back in school, and newborns vaccinated against deadly diseases. These moments serve as reminders that with communities, families and children we can make positive change even in the most dire of circumstances. We’ve rounded up five examples of when UNICEF and partners helped improve and save the lives of children this year. 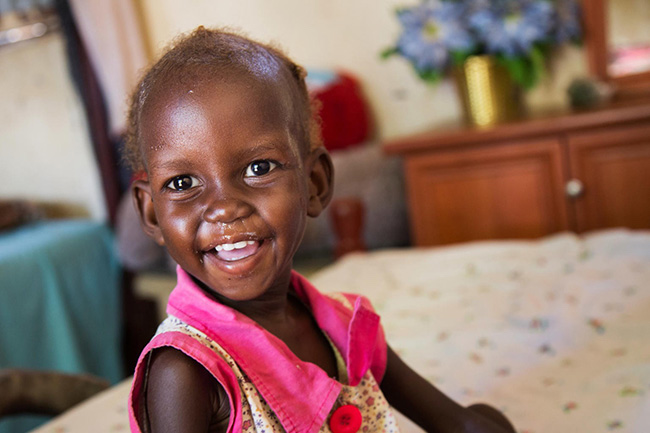 In February of this year, famine was declared in parts of South Sudan. While full-scale famine has so far been averted, the situation is still perilous, with more than a million children likely to be malnourished in 2018. Two-year-old Maria was suffering from severe malnutrition with medical complications when she was admitted to a UNICEF-supported treatment center. Just one month later, she made a full recovery. Maria is one of the more than 600,000 children who UNICEF and partners have treated over the past four years. See her journey >> 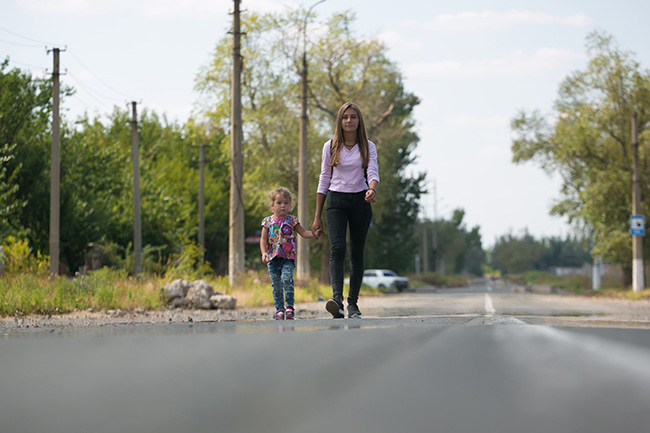 Eastern Ukraine is now one of the most mine-contaminated places on earth, endangering 220,000 children who live, play and go to school in areas littered with landmines, unexploded ordnance and other deadly explosive remnants of war. Karyna’s family still lives close to the contact line, and every day on her walk to school she is confronted with the risk of injury or death. She learned how to safely avoid threats through a UNICEF-supported mine risk education campaign. See her perilous path to school >>

Umar: Born into a refugee camp

When attacks and violence erupted in Rakhine State in August this year, more than 600,000 people fled across the border to Bangladesh. Sixty percent were children. Umar was born in a refugee camp shortly after his mother crossed the border, and without proper food, they soon became malnourished. UNICEF has intensified its emergency response – including treatment for malnutrition and disease – helping both Umar and his mother make a full recovery. Watch their story >> 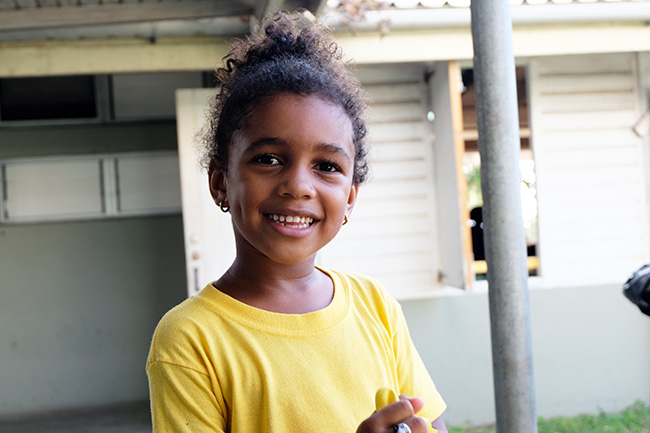 Late summer and early fall of 2017 saw back-to-back hurricanes – Harvey, Irma, Maria – leaving a trail of destruction on the islands of the Eastern Caribbean, Haiti and Cuba. On Barbuda, over 90 percent of buildings were damaged or destroyed. After losing their homes and schools, the majority of its residents evacuated to Antigua, where they were welcomed with open arms by their compatriots. Bella Rian Jackson, 6, was one of many who volunteered at shelters hosting displaced Barbudan families. “If the children can’t come here they’d have nowhere to go.” UNICEF pre-positioned emergency supplies on the island and provided educational activities and psychosocial support for children displaced by the storm. Learn more about the response >> 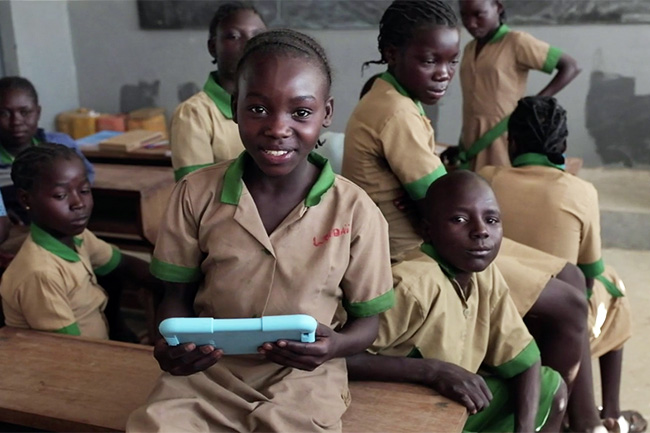 Twelve-year-old Waibai lives in the Far North Region of Cameroon, which has seen regular attacks from Boko Haram. She and her family were forced to flee their home in Nigeria before settling in their current village, where she now attends one of the region’s first connected schools. “I remember the moment I used the internet the first time. It was in January 2017,” she says. “Before that, I didn’t even know what the internet was.” By providing tablets and internet access, UNICEF’s Connect my School programme is helping Waibai and her classmates learn new concepts while opening up a world of opportunity. See their connected classroom >>

GIVE HOPE TO A CHILD TODAY