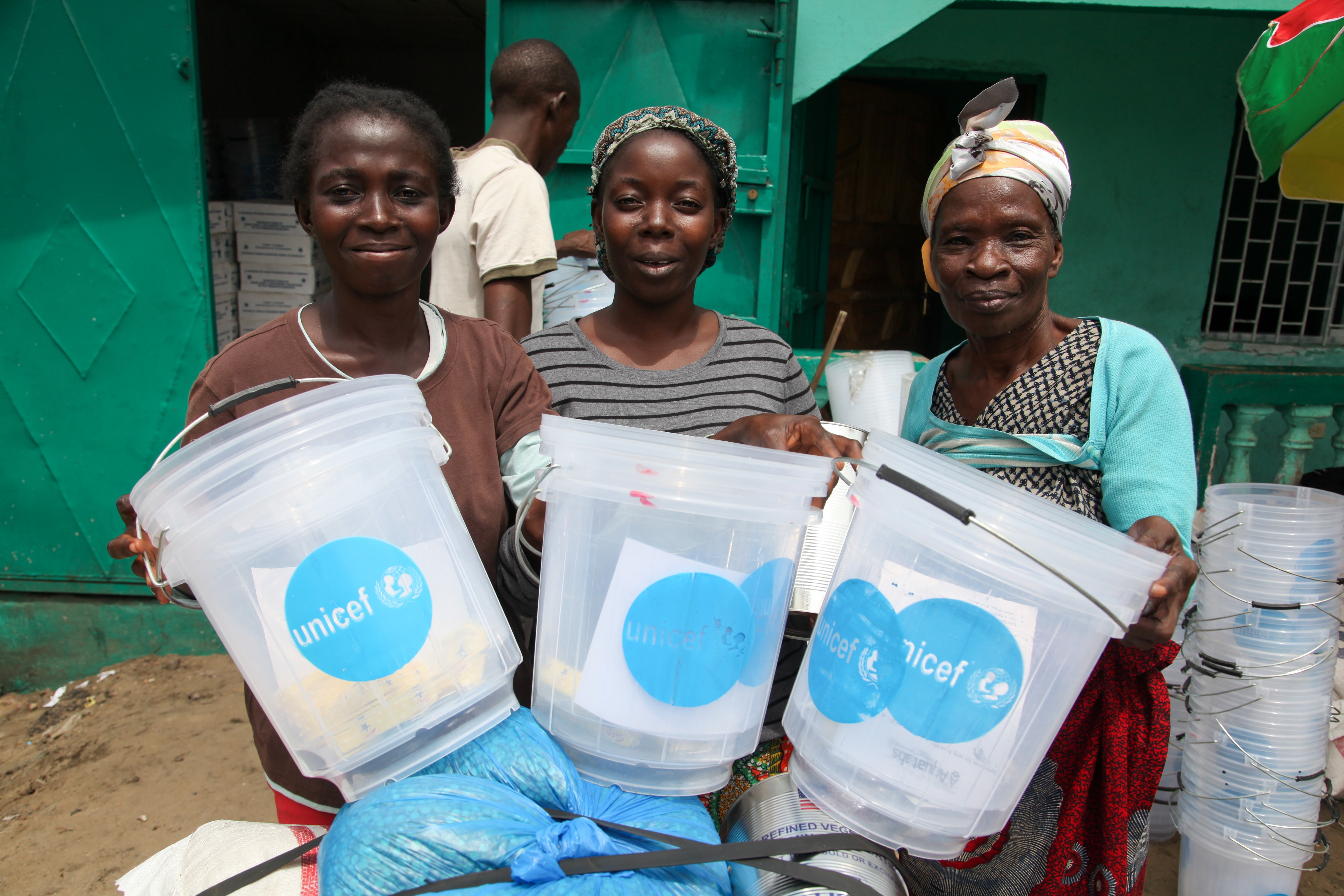 New York (January 20, 2015) – The U.S. Fund for UNICEF is proud to announce a new partnership to combat Ebola with a consortium of noted faith-based leaders who head up some of the largest African American churches and religious organizations in the country. The joint initiative, I AM #STOPPINGEBOLA, will launch during Black History Month and aims to raise funds in support of UNICEF’s work to halt the spread of Ebola in Liberia, one of the West African countries hardest hit by the virus.

“We are thrilled to join forces with the heads of African American religious groups in the fight against Ebola. These leaders have stepped up to the plate at just the right time. Global attention on the crisis is fading, but children and their families in West Africa still need our support,” said Caryl Stern, president and CEO of the U.S. Fund for UNICEF.

“Every donation, no matter the size, helps save lives. We are grateful to everyone who donates and shares the message that with enough resources, Ebola can be stopped,” added Edward G. Lloyd, chief operating officer and chief financial officer of the U.S. Fund for UNICEF.

From February 1, 2015 through the end of the month, faith leaders representing churches with more than 11 million members will encourage their congregations to donate toward the purchase of hygiene kits critical to protecting children and families from Ebola. Each hygiene kit costs $43 and contains soap, chlorine, gloves, buckets and instructions for usage, among other much-needed items.

The hygiene kits will be distributed to households and schools in communities across Liberia that are affected by Ebola. The disease has infected more than 21,000 people and claimed over 8,000 lives in West Africa. More than 11,000 children have lost one or both parents due to the virus. To learn more about I AM #STOPPINGEBOLA, please visit http://www.unicefusa.org/iamstoppingebola

Members of the Faith-Based Leadership Consortium include Dr. Calvin Butts, the Pastor of the Abyssinian Baptist Church in the City of New York and the President of the State University of New York College at Old Westbury; Bishop Charles H. Ellis, III, Presiding Prelate of the Pentecostal Assemblies of the World, Inc.; Dr. Williams B. Moore Chairman, Chair of the Foreign Relations Committee, National Baptist Convention USA; Dr. James C Perkins, 20th President of the Progressive National Baptist Convention, Inc.; and Bishop P.A. Brooks, First Assistant Presiding Bishop on the presidium of the Church of God in Christ, Inc.

“Hygiene is the first line of defense for children and their families against Ebola,” said Dr. Calvin Butts. “We are looking forward to galvanizing our community during Black History Month to learn more about Ebola and help save lives in Liberia.”

“Along with my other distinguish friends in the Faith-Based Leadership Consortium, I am honored to work with the U.S. Fund for UNICEF to assist in providing hygiene kits where they’re most needed,” added Bishop Charles H. Ellis, III. “It’s gratifying to know that our efforts to help stop Ebola will make a meaningful impact in communities that are still vulnerable to the disease.”

From the outset, UNICEF has been on the frontlines in Ebola-affected countries in West Africa, in the heart of the most vulnerable communities. It is the lead organization conducting lifesaving awareness campaigns and is providing massive quantities of medical supplies, tents, hygiene kits and protective equipment in Liberia, Sierra Leone and Guinea. UNICEF is also caring for children affected by Ebola in treatment facilities and in their communities.

Key officials from the U.S. Fund for UNICEF first met with members of the Faith-Based Leadership Consortium in December to outline a pathway for an ongoing partnership to assist children and families in Africa.  It was the first meeting of many the U.S. Fund intends to convene with African American organizations and groups as it works to develop long-term relationships with them.

The United Nations Children's Fund (UNICEF) works in more than 190 countries and territories to put children first. UNICEF has helped save more children’s lives than any other humanitarian organization, by providing health care and immunizations, clean water and sanitation, nutrition, education, emergency relief and more. The U.S. Fund for UNICEF supports UNICEF's work through fundraising, advocacy and education in the United States. Together, we are working toward the day when no children die from preventable causes and every child has a safe and healthy childhood. For more information, visit www.unicefusa.org.