What is a tsunami?

A tsunami is a series of massive, rapid waves and rises in sea level that cause surges of water, typically due to underwater explosions, landslides, volcanic activity or most commonly, earthquakes. The majority of tsunamis occur in the Pacific Ocean’s “Ring of Fire” and moderately occur in the Mediterranean Sea, Caribbean Sea and Atlantic Ocean and Indian Ocean. Waves can crash onto land at dozens to hundreds of miles per an hour and feet tall.

Over 500 million children live in extremely high flood occurrence zones. When a tsunami hits, it is nearly impossible to outrun danger, and children are one of the first victims to drown.

Tsunamis have the ability to wipe out homes, schools and public infrastructure, robbing kids of the security they need to stay healthy, develop and grow. Flooding can disable sanitation facilities and contaminate water supplies, increasing the risk of diseases like cholera and diarrhea. With entire communities and cities swallowed whole, children have no choice but to leave their homes in search of safety—sometimes even orphaned and alone. 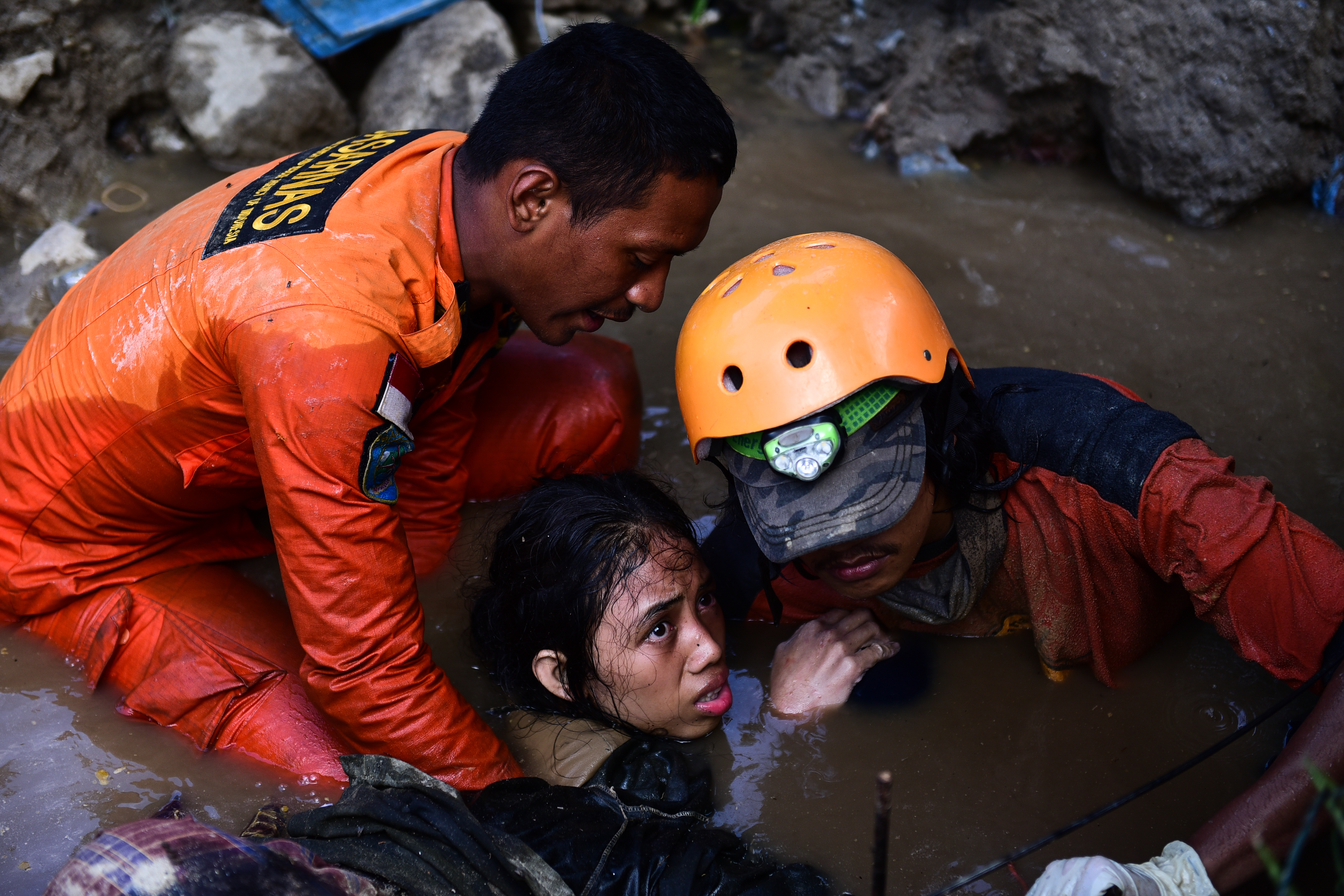 15-year-old Nurul Istikhoroh was finally rescued after almost 48 hours of being trapped, submerged in water, under what was left of her home after the earthquake and tsunami that struck Sulawesi on September 28, 2018. ©UNICEF/UN0239947/@Arimacswilander

When disaster strikes, UNICEF is always among the first on the ground—sometimes even days before to preposition supplies—and the last to leave. UNICEF hosts the largest humanitarian supply warehouse in the world, and through its network, UNICEF is able to deliver lifesaving supplies to anywhere within 48­–72 hours.

UNICEF has responded to some of modern day’s worst tsunamis, including the 2004 Indian Ocean, 2011 Japan and 2018 Indonesia tsunamis. Since the Indian Ocean Tsunami, UNICEF has worked tirelessly to incorporate all the lessons learned in its response to other tsunami disasters. This expertise has quickened UNICEF response times and made a lifesaving difference to children and their families.

“We have all learned lessons from the tsunami aid operation that have fundamentally altered the way we work. We have prioritized helping countries hit by disasters such as the tsunami to build back better: constructing earthquake-resilient schools, introducing safer water supplies, ensuring schools prepare children for emergencies and improving legal and social measures to protect children. We have also invested in building resilience to shocks and disasters by supporting decentralized and community-based health, water and sanitation, education, and social protection systems, working with government and civil society to provide tangible services for children and their families. UNICEF is determined that the legacy of the Indian Ocean tsunami must be more disaster-resilient societies for children—both in the region and around the world.” –Ted Chaiban, UNICEF Regional Director of Middle East and North Africa and former UNICEF Representative in Sri Lanka during the 2004 Indian Ocean Tsunami

UNICEF responds to the immediate and long-term post-tsunami needs by:

Help tsunami victims rebuild their communities and prepare for the next emergency here.