What is a hurricane?

A hurricane is a tropical cyclone with sustained winds of at least 74 miles per hour. Hurricane season runs from June through November, but a hurricane can occur at any time. When a similar superstorm originates in the northwestern Pacific region, it is called a typhoon.

Hurricanes rob kids of the security they need to stay healthy, develop and grow. In disasters like these, children are often among the worst affected.

Hurricanes are especially catastrophic in countries where there is widespread poverty, deforestation and inadequate emergency services. Strong winds, heavy rain, tidal surges, flooding and mudslides can kill or injure thousands. Children and families who live in coastal areas or in poorly-constructed housing are among the most vulnerable. Ineffective evacuation plans only heighten the danger.

When a community is hard hit by a hurricane, children often have no choice but to flee their homes in search of safety — sometimes even orphaned and alone. Flooding can disable sanitation facilities and lead to contaminated water supplies, creating breeding grounds for deadly waterborne diseases. There are often food shortages, followed by rising rates of malnutrition. 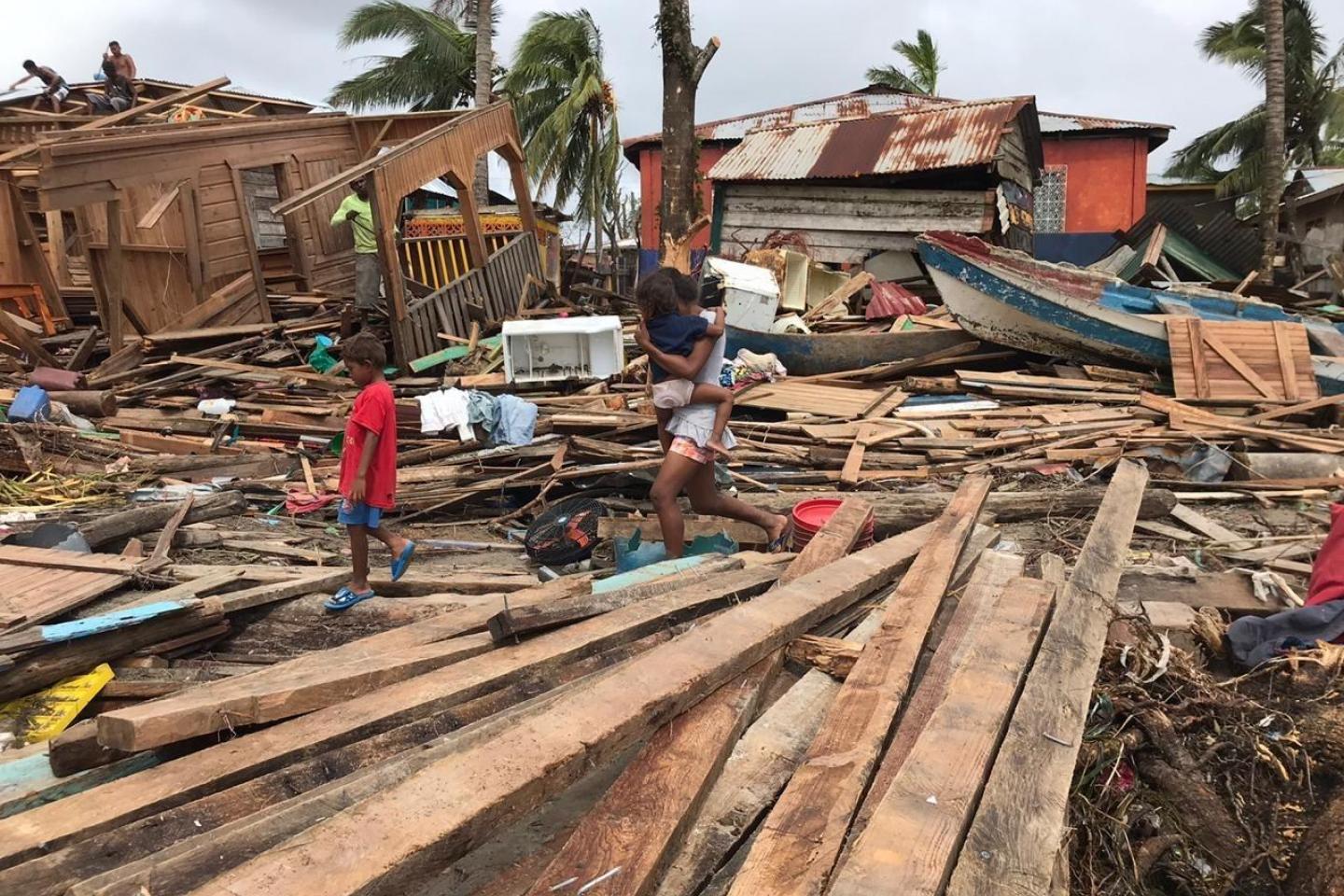 A mother and her two children seek safety from the devastation caused by Hurricane Iota in Bilwi, Puerto Cabezas, Nicaragua. ©UNICEF/UN0368004/Ruiz Sotomayor

UNICEF responds to hundreds of emergencies every year around the world, rushing to meet the immediate needs of those affected by hurricanes and other natural disasters, among other crises. UNICEF is among the first on the ground — often arriving on the scene in advance to preposition supplies. UNICEF's supply operation, which includes the largest humanitarian supply warehouse in the world, enables the delivery of lifesaving supplies to anywhere in the world within 48 to 72 hours.

In the wake of every crisis, UNICEF helps communities recover and prepare for the next emergency, assessing risks and helping strengthen health care systems, schools and other social services to become more extreme-weather resilient.

Help hurricane victims rebuild their communities and prepare for the next emergency.

LEARN MORE ABOUT HURRICANE RELIEF AND HOW TO HELP

Amid Hurricanes, Parents Everywhere Focus on Preparedness
These steps can help parents and children prepare when a hurricane is in the forecast — and mitigate damage when it arrives.

'Everything Is Destroyed': Dorian Survivors Face a Grueling Recovery
The clock is ticking for the 68,000 people who've lost their homes, loved ones and livelihoods. Here's how UNICEF and you can help.

A Struggle for Survival in the Bahamas After Hurricane Dorian
Homes, schools and whole neighborhoods lie in ruins. Survivors need safe water, sanitation and more. UNICEF is there to help.

1.5 Tons of UNICEF Supplies Land in Dorian-Devastated Bahamas
As families struggle to cope amid the ruins, the delivery of safe water supplies will meet the most urgent needs of mothers and children.

Hurricane Dorian Devastates the Bahamas and Bears Down on the U.S.
The storm has left communities reeling, as those still in its path brace themselves. UNICEF is there to help families, as needed.
END_OF_DOCUMENT_TOKEN_TO_BE_REPLACED