George Howell is an award-winning U.S. journalist and entrepreneur focused on innovation at the intersection of journalism and technology. 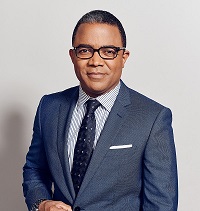 Best known around the world for his contributions as host of the shows CNN Newsroom with George Howell,  CNN Newsroom with Natalie Allen and George Howell, and CNN Newsroom with Rosemary Church and George Howell, Howell is the first African-American in the history of CNN International to anchor a news show for the network.   A journalist of more than 20 years, he has had a front row seat to history, covering a number of notable stories from the trial of George Zimmerman for the shooting death of Trayvon Martin, to unrest in Ferguson Missouri following the death of Michael Brown, the death of Fidel Castro, and the fall of ISIS.  Before CNN, Howell worked as a reporter at ABC affiliate WSB in Atlanta. He also worked at KREM in Spokane, Washington; KXAN in Austin, Texas; and stations KOMO and KIRO in Seattle, Washington, where he also covered the eruption of Mount St. Helens.

Howell left CNN in February 2020 with an interest to leverage his global perspective in the areas international affairs, journalism and technology.

Howell graduated from the University of Texas at Austin with a Bachelor of Journalism degree. As a student, he was honored by the William Randolph Hearst Foundation as a finalist in a national competition for excellence in journalism.