World Cup: The Simple Joy of the Soccer Ball

"They call it by many names: the sphere, the round, the tool, the globe, the balloon, the projectile." —Uruguayan writer Eduardo Galeano, "Soccer in Sun and Shadow"

As the World Cup returns to Brazil, it’s a good time to appreciate the simple joy that a soccer ball can bring—to boys, to girls, to children of any age.

Wherever there is no ball, people find ways to make one using any materials at hand. Pelé, Brazil’s greatest soccer hero, learned the game with a ball that his father made out of a sock stuffed with rags.

UNICEF does its best to make things easier for children and parents, placing two soccer balls into every UNICEF recreation kit. Some 70,000 balls were delivered last year, procured at local factories or shipped from the UNICEF Supply Division warehouse in Copenhagen. They went to, among other places, camps for Syrian refugees, child-friendly spaces for typhoon survivors in the Philippines and centers for displaced children in Mali—anywhere that children need to step away from suffering and experience the magic of play.

The photos below, taken by UNICEF through the years, show that the pleasure of the beautiful game is universal. 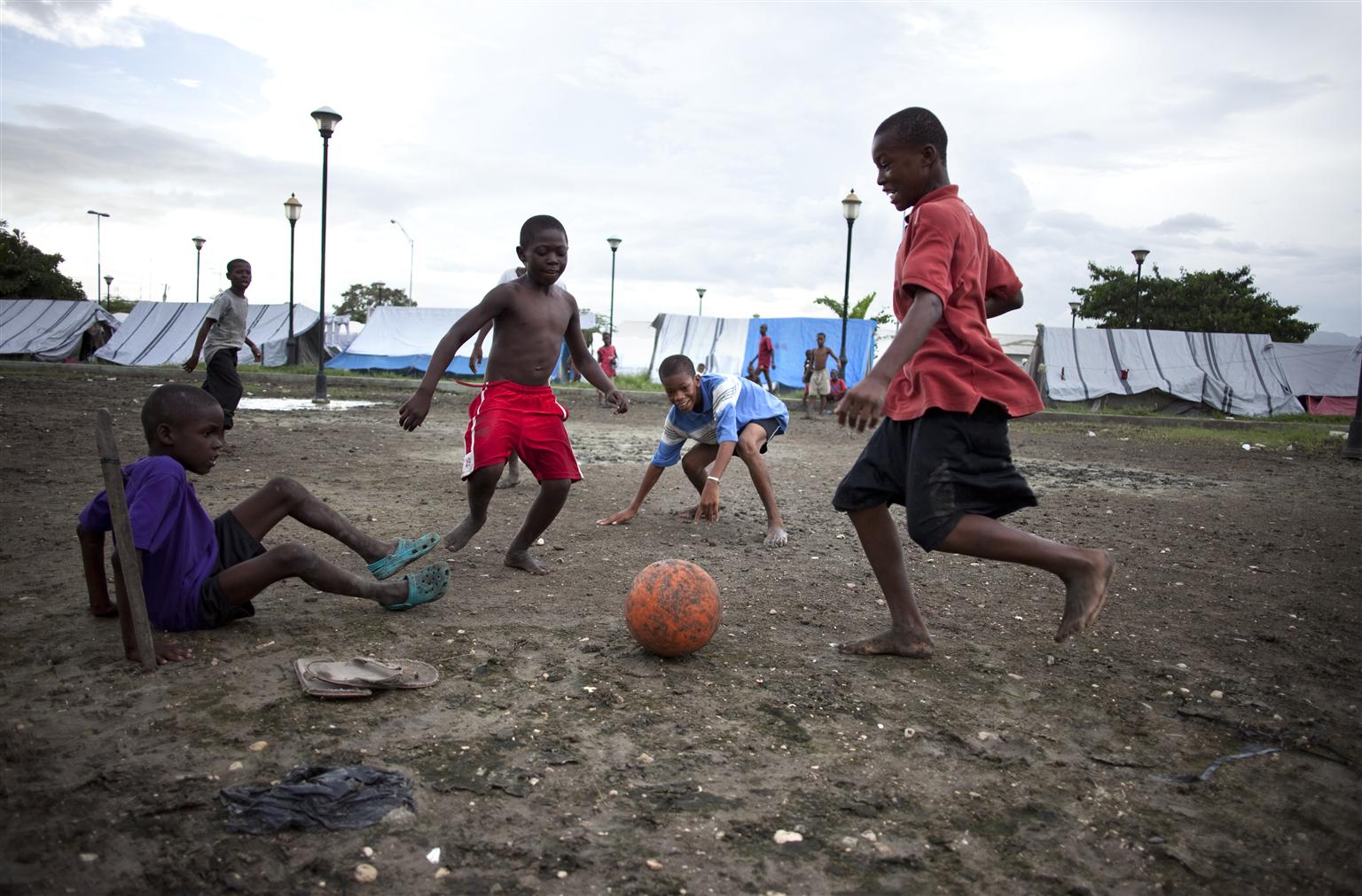 Outside a family’s tent shelter in 2013 in the Tal Al Abiad settlement for Syrian refugees in Baalbek, Lebanon. © UNICEF/NYHQ2013-1387/Noorani At Golachhari Government Primary School in Rangamati in 2014, one of the most disadvantaged and isolated areas of Bangladesh. © UNICEF/BANA2014-00554/Mawa 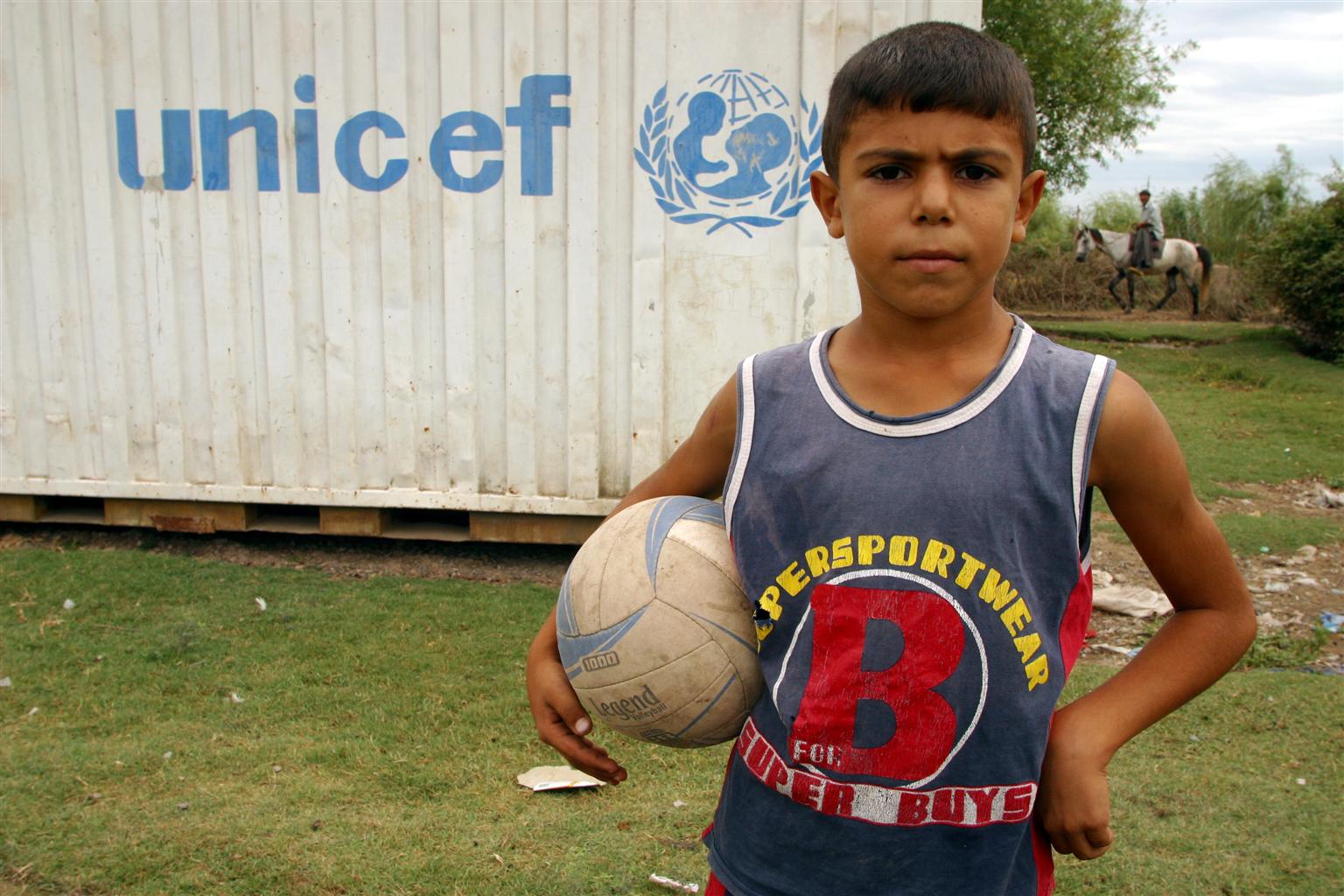 At a container that serves as a temporary kindergarten in a settlement for displaced persons in Sabirabad, Azerbaijan, 2004. © UNICEF/NYHQ2004-0607/Pirozzi 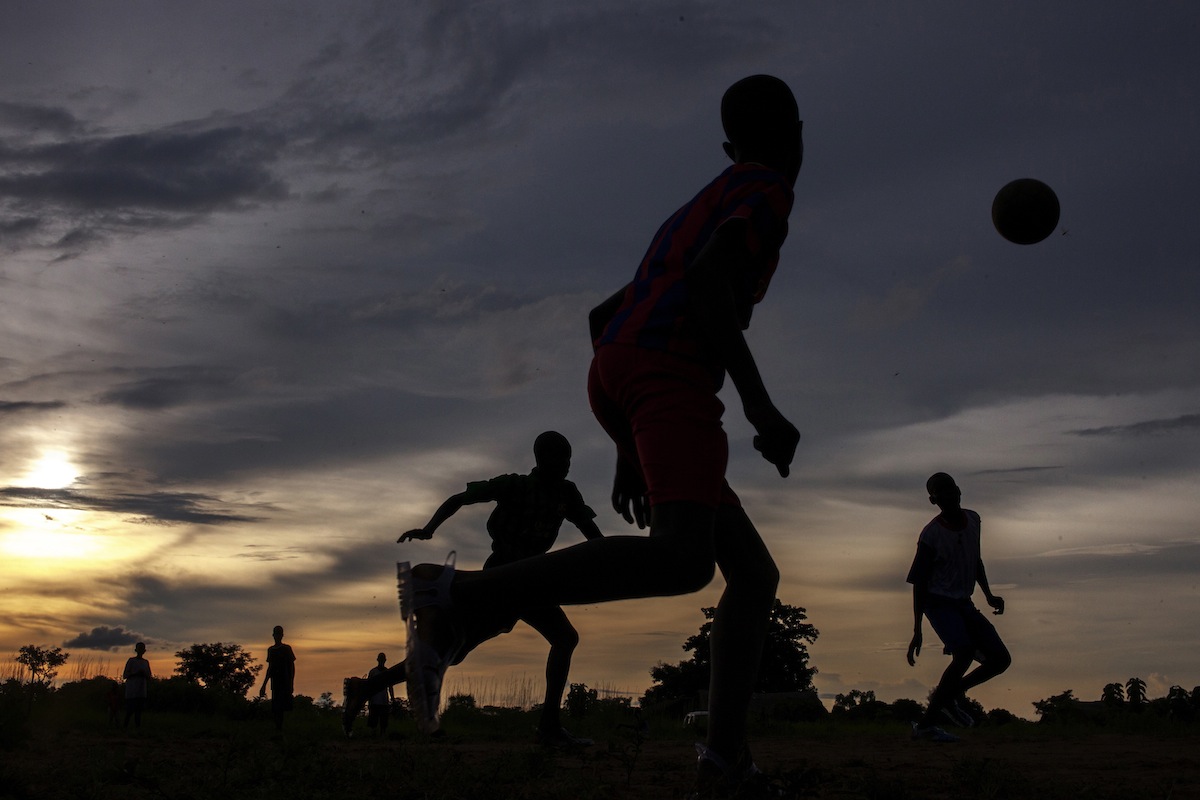 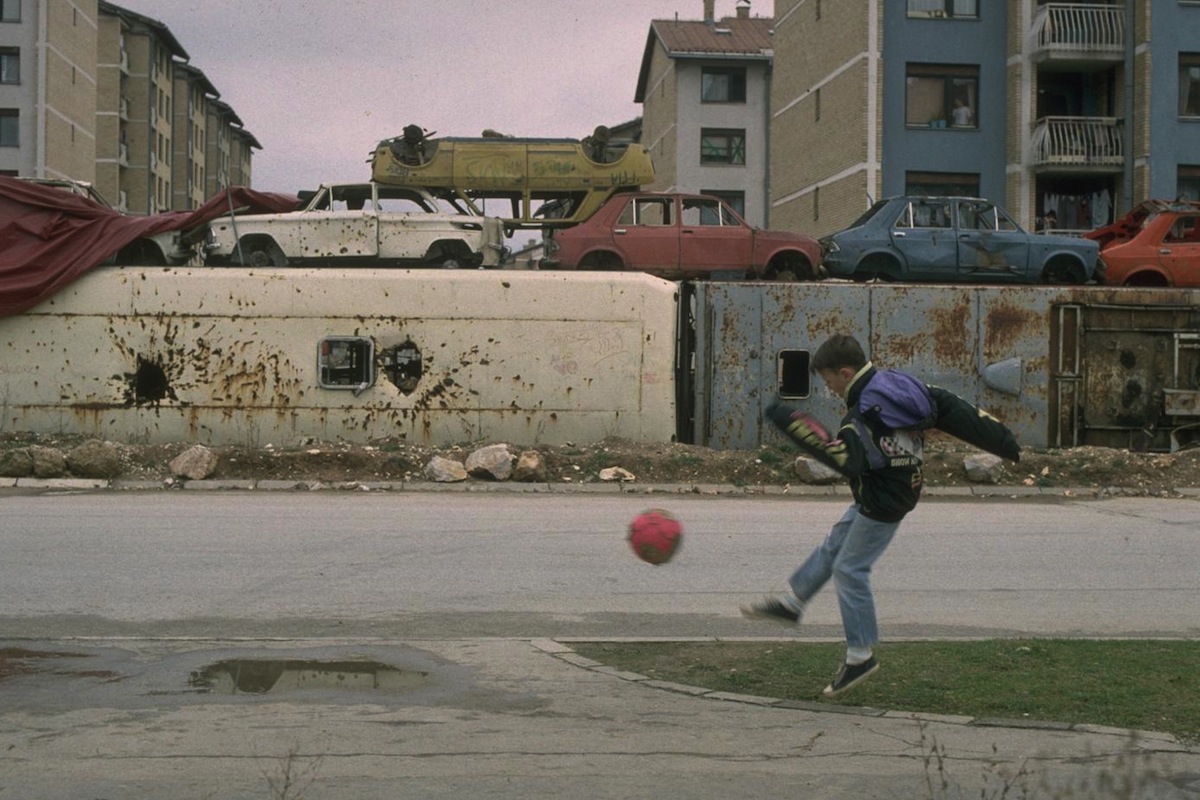 On a street in the heavily damaged "frontline" suburb of Dobrinja in the besieged city of Sarajevo in 1994. © UNICEF/NYHQ1994-0910/LeMoyne 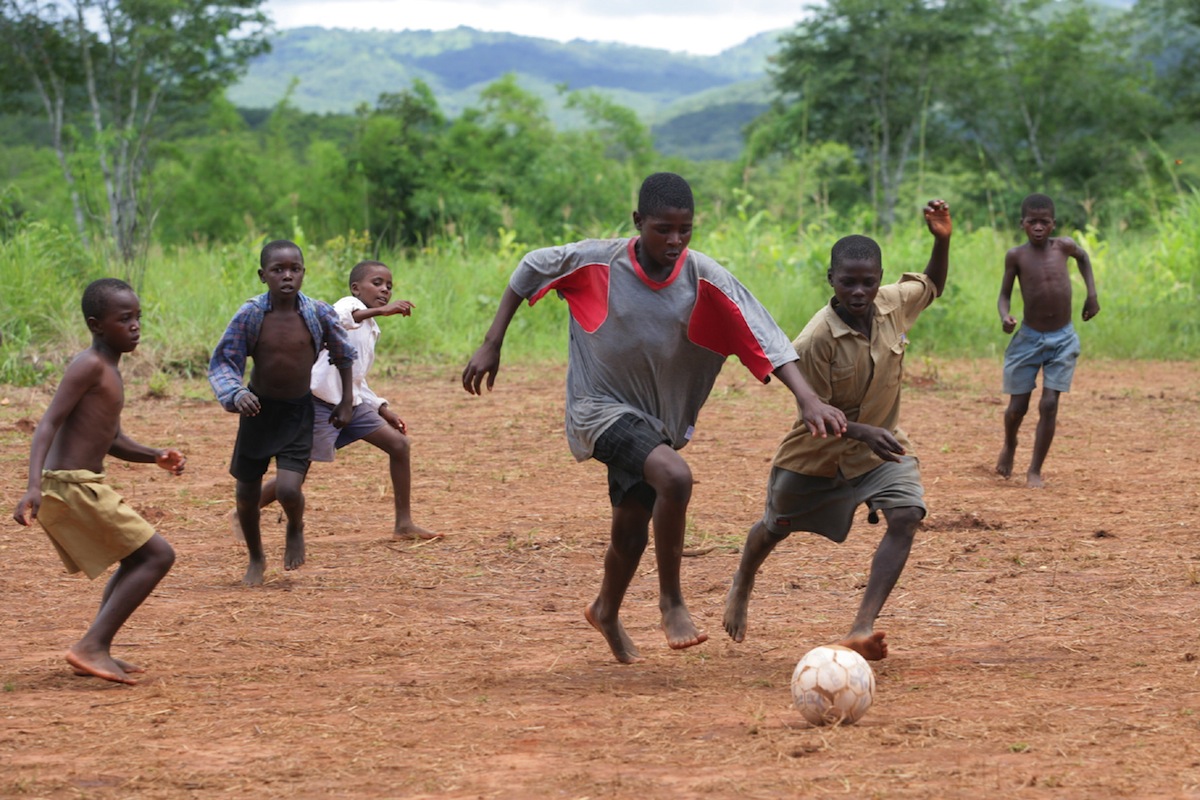 Near a settlement for displaced families in the village of Nyamukwara, Zimbabwe, 2006. © UNICEF/NYHQ2006-0451/Pirozzi 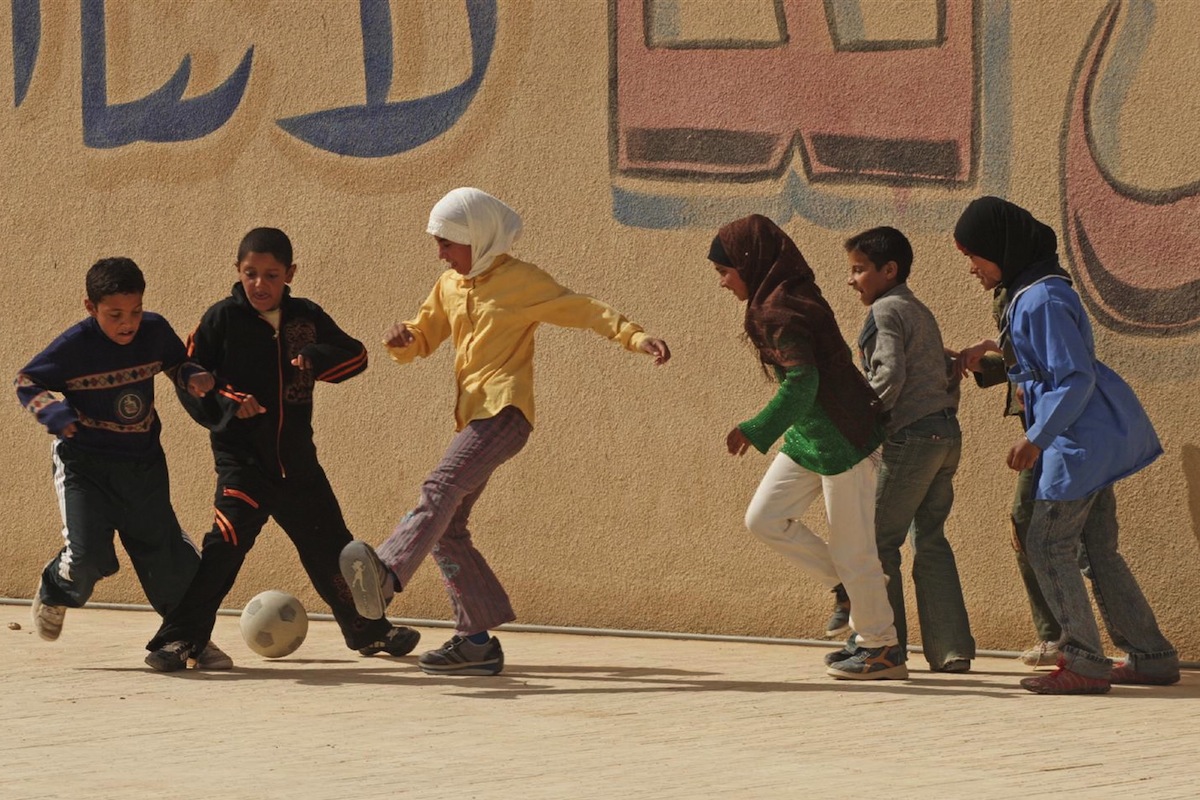 At a boarding school for nomadic Bedouin children in the village of Shola, Syria, 2006. © UNICEF/NYHQ2006-0738/Noorani 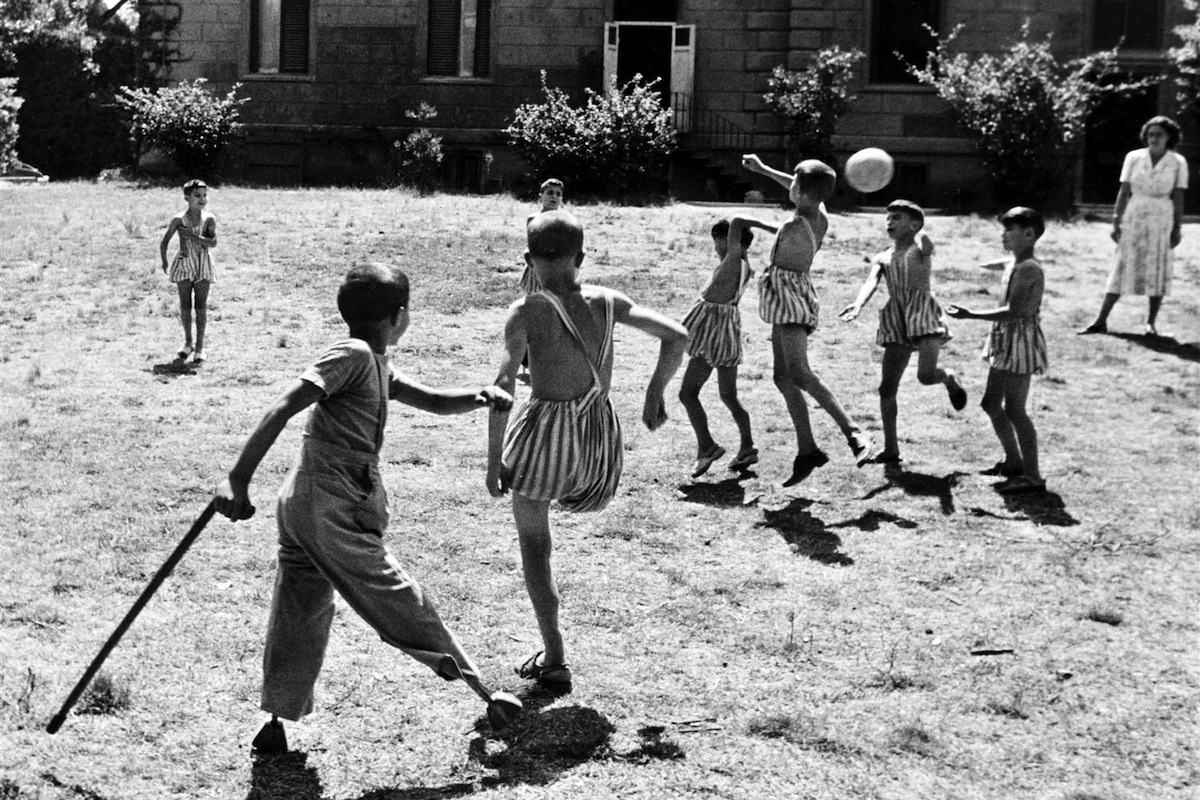 On the lawn of an institution for children with disabilities in 1950s Italy. © UNICEF/NYHQ1950-0001/Seymour 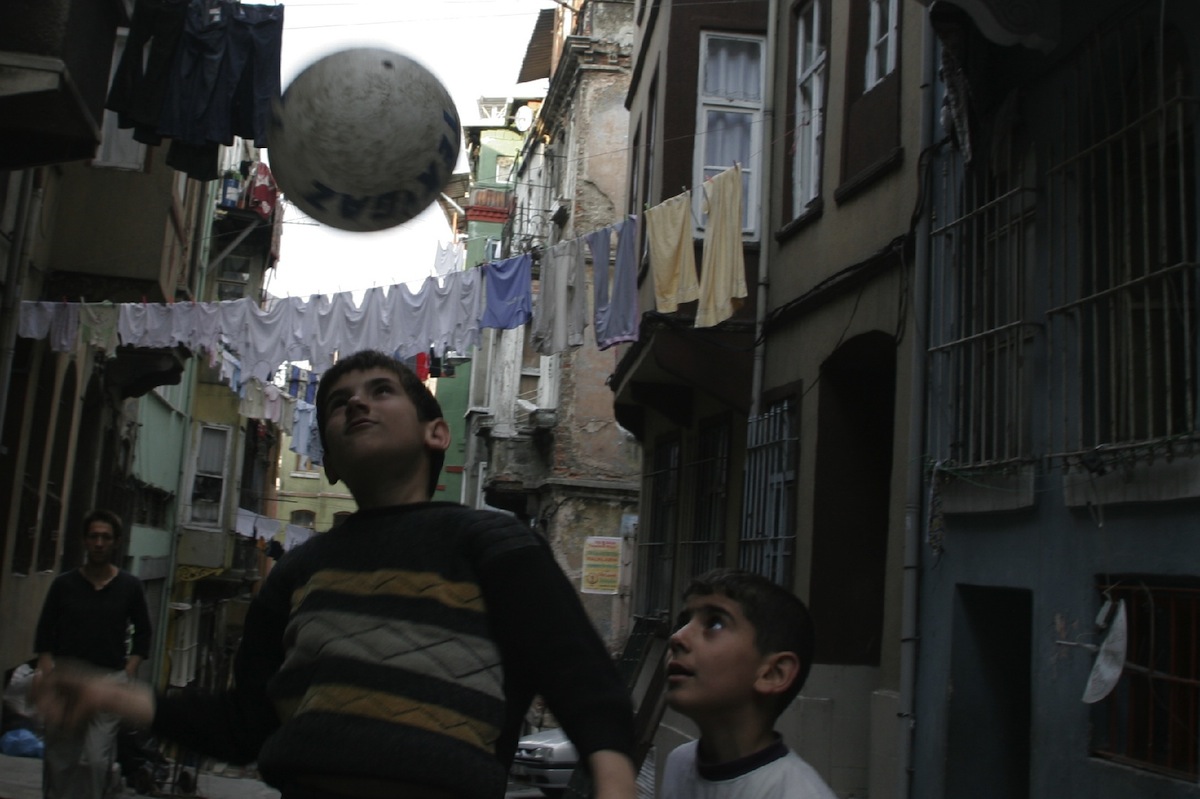 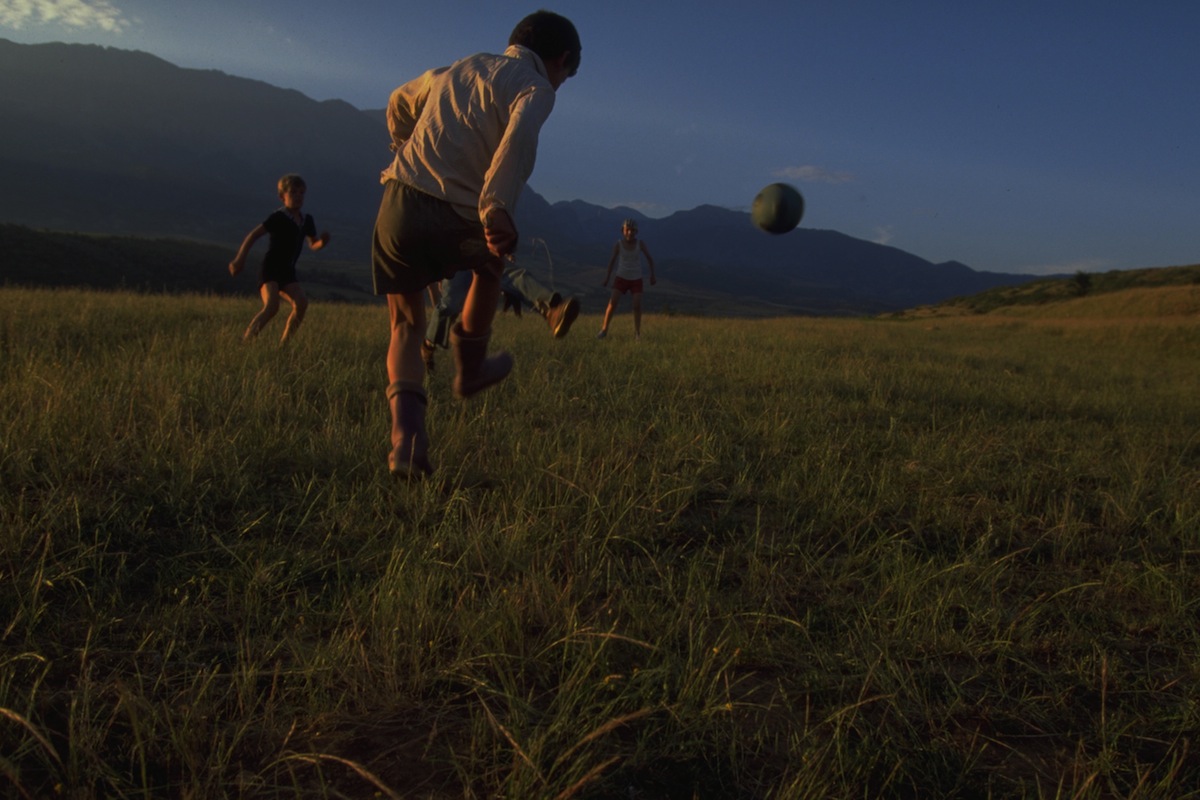