Photographer Ashley Gilbertson travelled with UNICEF to the line that divides the government and non-government controlled areas in eastern Ukraine to capture the lives of children living in one of the most mine-contaminated places on earth. Thousands of rounds of unexploded ordnance now litter fields and civilian areas, and there is regular shelling around homes and schools. 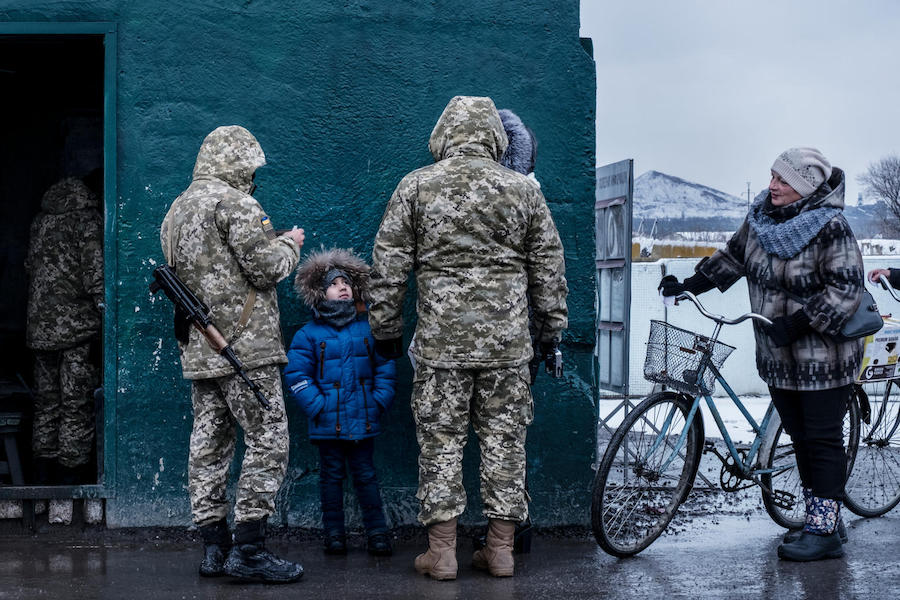 It can take an entire day to cross the Kurahovo checkpoint overseen by the Ukrainian military between government controlled territory and areas controlled by the self-proclaimed Donetsk People's Republic. There is sporadic shelling, and the fields around the area are littered with land mines. 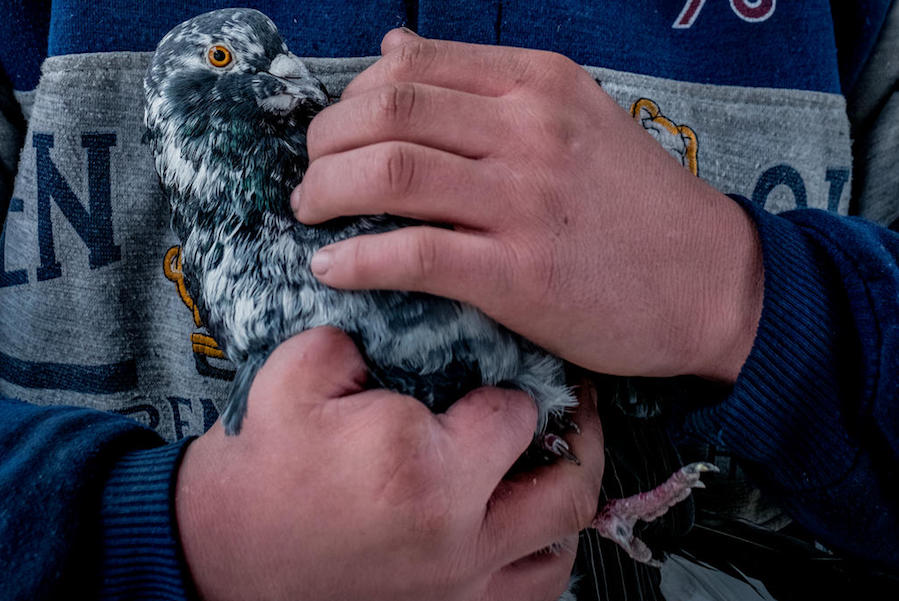 Aleksey, 14, lost two fingers and a thumb : “Something fell from a passing military vehicle. I wasn’t sure what it was. It looked like a pen,” Aleksey says. “I picked it up, and it exploded. My first feeling was shock and pain. I looked down and saw my fingers were hanging from my hand.” 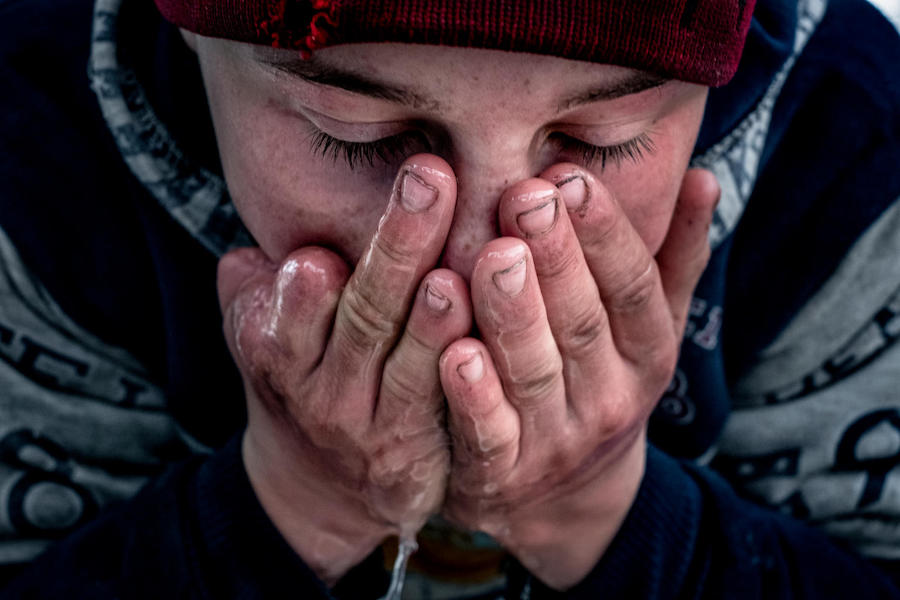 “My whole life has changed,” Aleksey says. “I can’t do everything I could do before without my fingers, but I’m getting used to it. I’m learning how to write with my left hand. It’s not very good yet, but I’m trying. Sometimes I get so upset, I break into tears.” 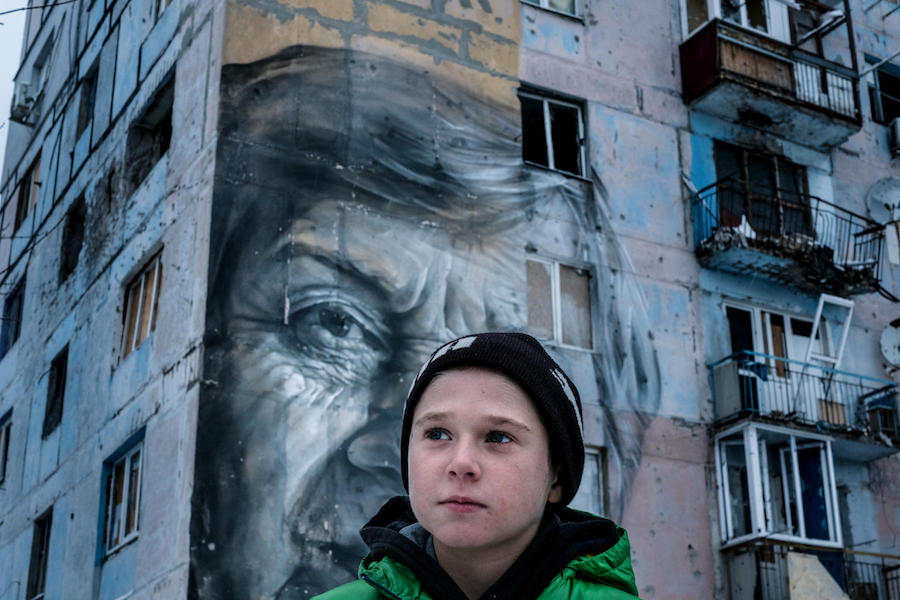 Vadim, 9, has scars and a metal plate in his head. When he was six, he was injured by shelling. “I was with my brother in the yard,” he recalls. “We heard something fly towards us and I felt pain in my shoulder. My brother was behind a tree. That saved him.” A year later, a military vehicle hit him, breaking his leg and damaging his skull. 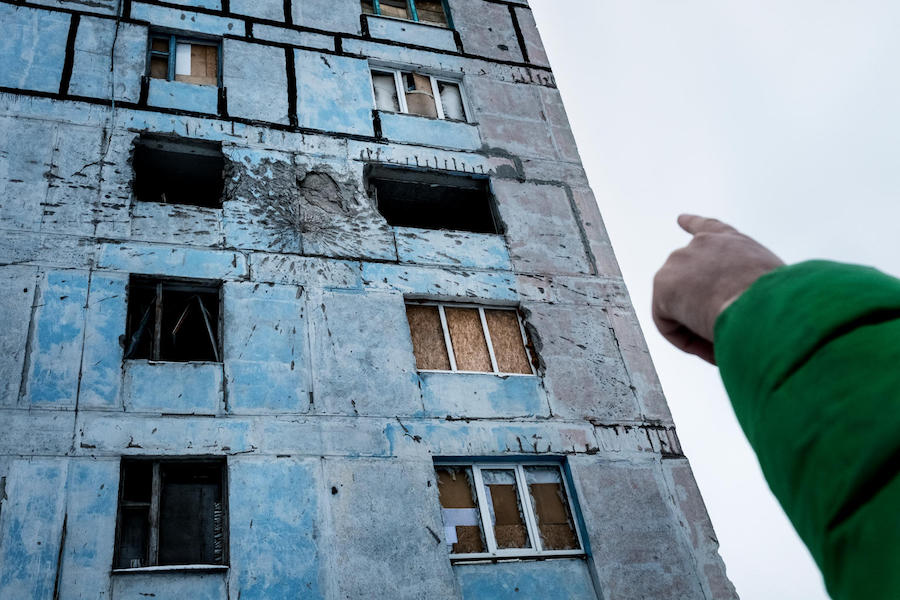 Vadim points to damage on his old home in Avdiivka, eastern Ukraine. He says he doesn’t know why the two sides are fighting, all he really knows is there are men in uniform everywhere, and that he’s afraid of them. 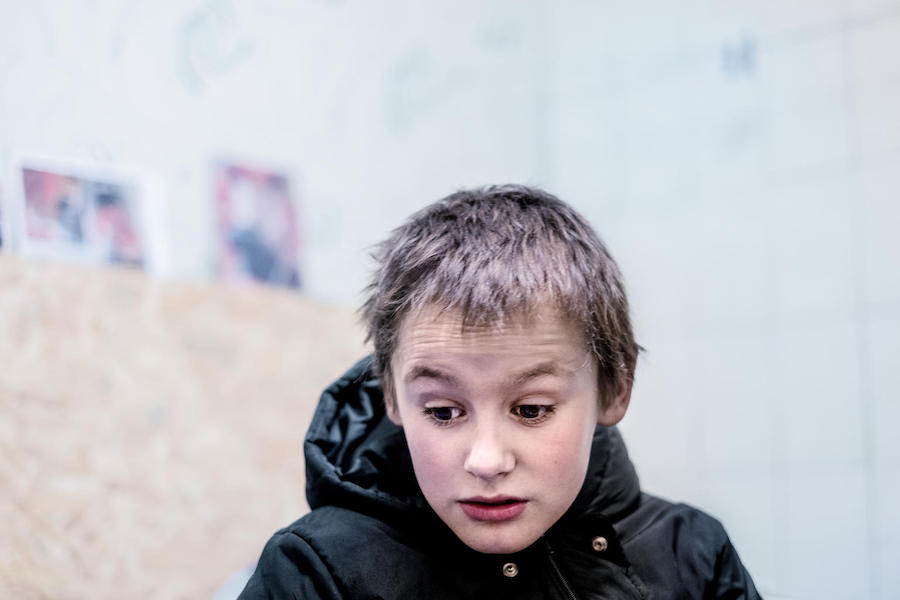 Misha, 9, had shrapnel removed from his brain in 2016. He was walking to his house when a shell dropped nearby . “I didn’t feel anything at that moment. I was just stunned, ” Misha says. 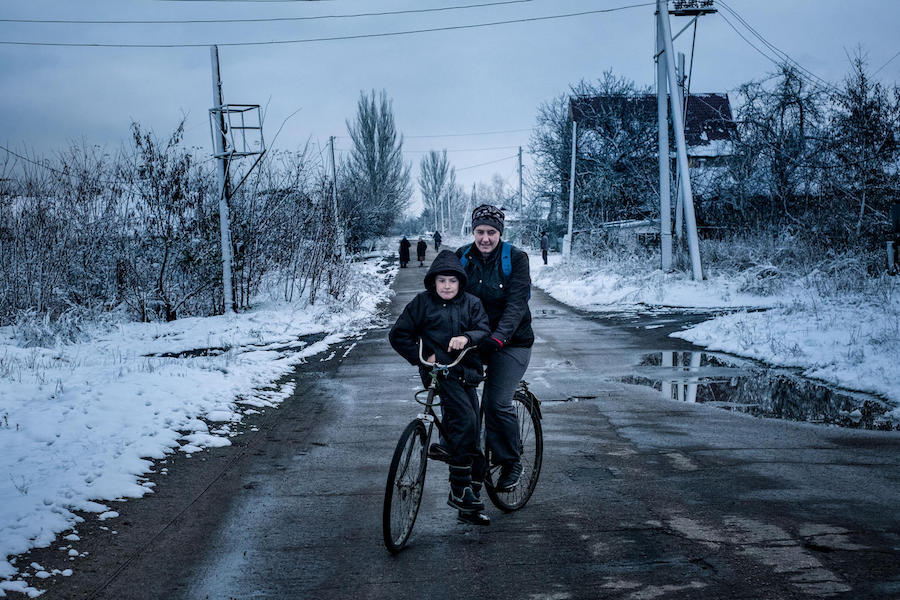 Misha with his mother on a bike outside their home in Mariinka, eastern Ukraine. After nearly four years of fighting, Misha says, “It’s not that scary here. I’m already used to shootings. They do it at night. When the shelling starts, I hide under my blanket, but I don’t think it will protect me.” 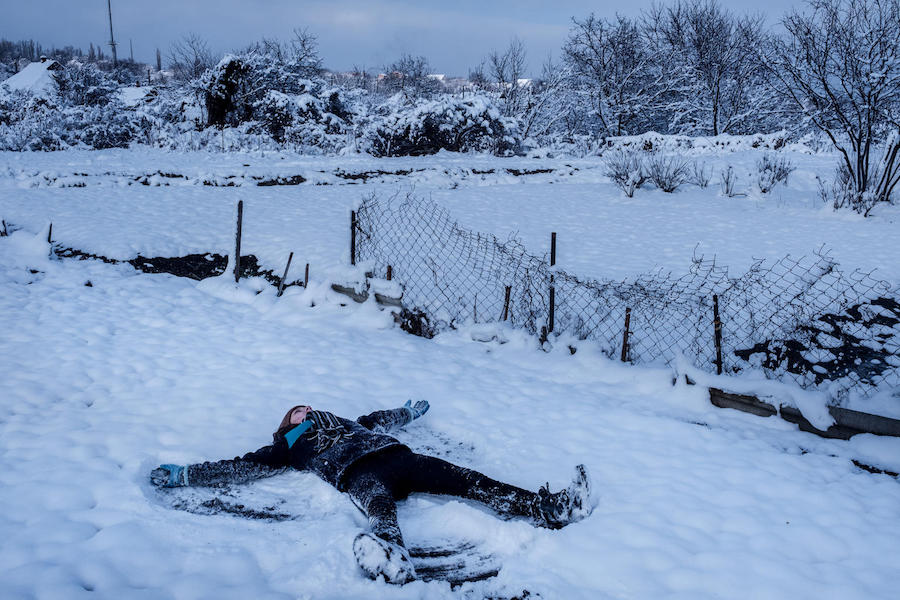 Anya, 13, plays in the yard at her grandmother’s house where she and her siblings live. Their family home in Avdiivka was destroyed twice by shelling. They are only allowed to play outside in their yard, but even there it is not safe. 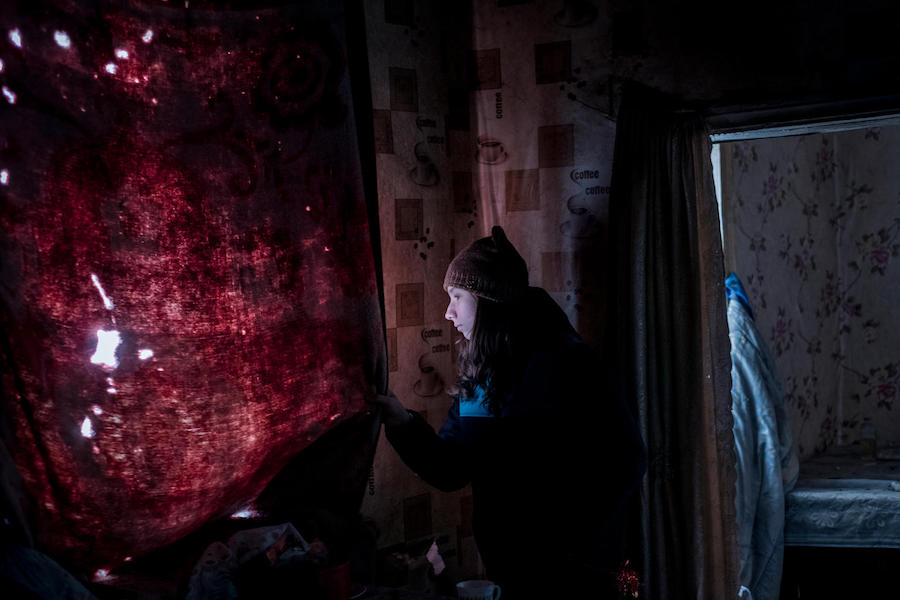 Anya looks out of the window of her old, now destroyed, home. “I used to be afraid a lot,” she says. “During heavy shelling, we hid in the cellar, and then we started hiding in the kitchen. Now there’s no glass in the kitchen, so we just sit on the bed. Now I don’t care at all. I’m not afraid anymore.” Sasha, 12, at school in Avdiivka. In August 2016, he was riding his bike close to home when a bullet shattered his ankle. “They were shooting somewhere in the distance," he recalls. "But I didn’t hear the bullet fly or anything. Before this, I wanted to become a famous football player.”

You can help children growing up in conflict zones around the world.

All photographs by Ashley Gilbertson VII for UNICEF.

Top photo: Twelve-year-old Sasha, far left, walks to school in the town of Avdiivka, Donetsk Oblast, Ukraine, November 2017. Frequent shelling and a lack of heat have reduced his school's hours to three days a week, with classes cut short to 20-minute sessions. There used be 20 students in his class, but the number has dwindled to 10 as families have fled in search of safety.