Paul G. Allen, the co-founder of Microsoft and prominent business and philanthropic leader, passed away on October 15, 2018. His impact will live on for generations. We at UNICEF USA are particularly grateful for his generosity, dedication, and innovation.

As the 2014 Ebola outbreak in West Africa grew into an epidemic, Paul G. Allen Philanthropies swiftly mobilized to identify and address the most immediate needs.

We can tackle Ebola, but it will require an accelerated and coordinated global effort. Time is of the essence in this battle. – Paul G. Allen

“The Ebola outbreak requires dedicated and creative solutions to prevent its further spread across Africa and the world,” said Mr. Allen at that time. “We can tackle Ebola, but it will require an accelerated and coordinated global effort. Time is of the essence in this battle.” 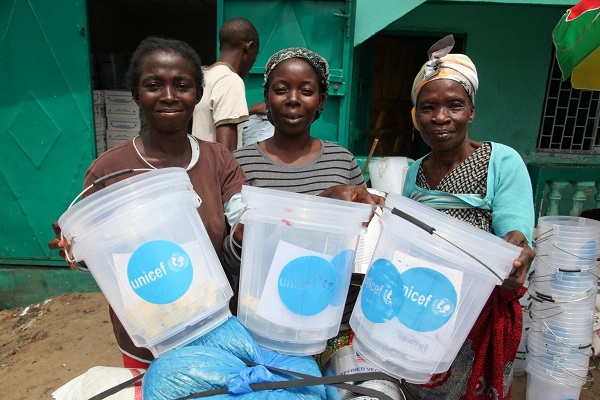 With this early, vital support, UNICEF delivered 50,000 hygiene kits to Liberia, critical to protecting children and families, and trained more than 2,000 health workers to engage and educate communities on how to prevent Ebola’s spread. 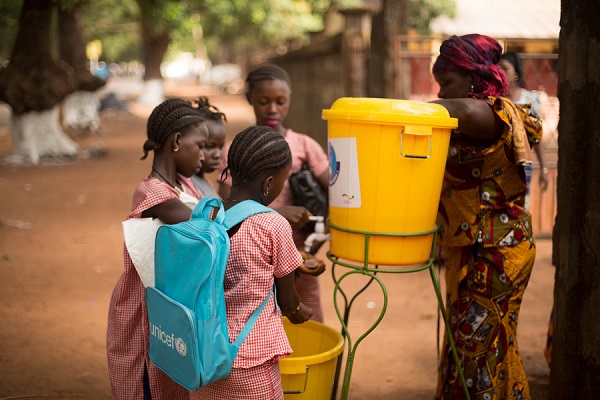 Children are washing their hands before entering their school as a hygiene measure to contain the Ebola outbreak. Thanks to these measures, none of the children in this school in Forecariah, Guinea got sick, during the height of the Ebola outbreak. © UNICEF/UN024521/La Rose

Two and a half years after the first case was discovered, the West Africa Ebola outbreak ended with more than 28,600 cases and 11,325 deaths. Nearly 23,000 children lost one or both parents. As devastating as those figures may be, the outbreak had the potential to be far worse if not for the action of leaders like Paul G. Allen.

In line with UNICEF’s mission of resiliency-building, Mr. Allen’s commitment will help ensure that the global community is better prepared to respond to future outbreaks.

It is an honor to have partnered with Paul G. Allen to save and protect children.

Cover Image: In 2015, Paul Allen committed $100 million to fighting the Ebola crisis in West Africa. At the Ebola Innovation Summit in April of 2015, Allen emphasized the importance of collaboration in the fight. Credit: Courtesy of Vulcan Inc.