At least six weeks of relentless monsoon rains have left one-third of Pakistan underwater and more than 3 million children in urgent need of humanitarian aid.

UNICEF is rushing aid to the vulnerable, as families who have lost almost everything struggle to find shelter, safe water, nutrition support and medical care. 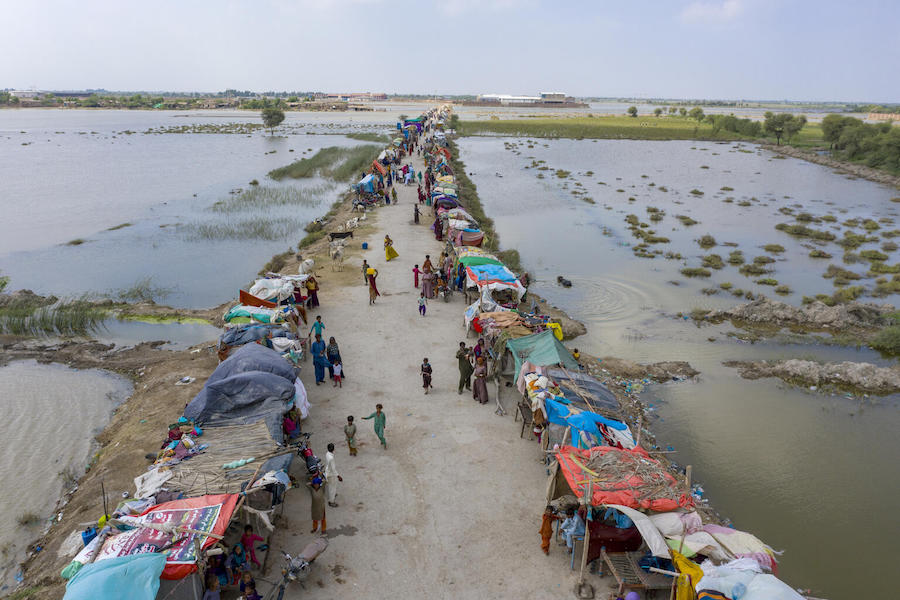 Families are camped out along high roads, surrounded by a sea of floodwaters where crops and grazing land once stood.

United Nations Secretary-General Antonio Guterres called the climate-related disaster a "monsoon on steroids" and warned that South Asia is a "climate crisis hot spot"  where people were 15 times more likely to die from climate impacts.

Twelve-year-old Arbab, above left, and his family are among the 33 million people — including 16 million children — affected by the devastating floods. "Water is stagnant, there are lots of mosquitoes," he says, as he leads a viewer on a tour of his waterlogged village. "Children and people of every age are suffering from diseases." 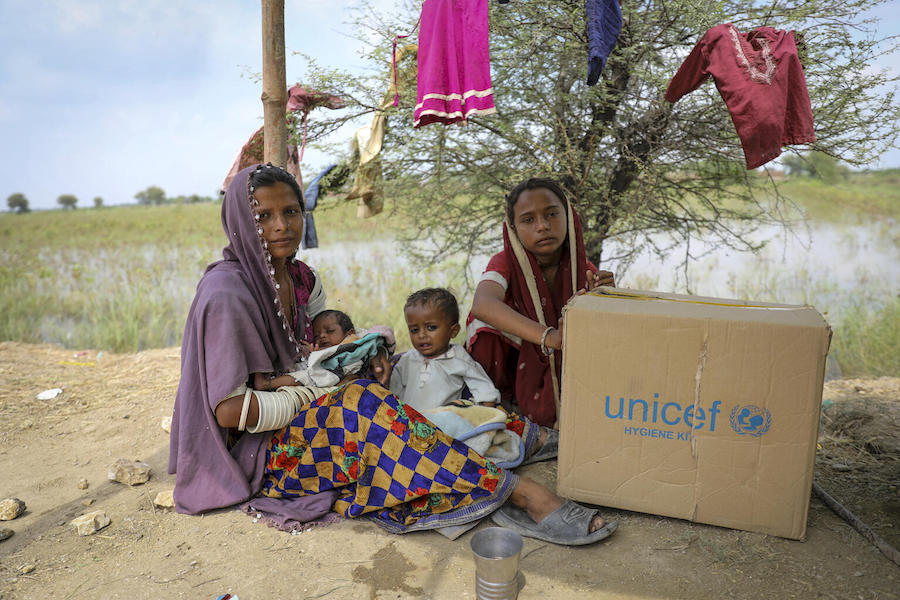 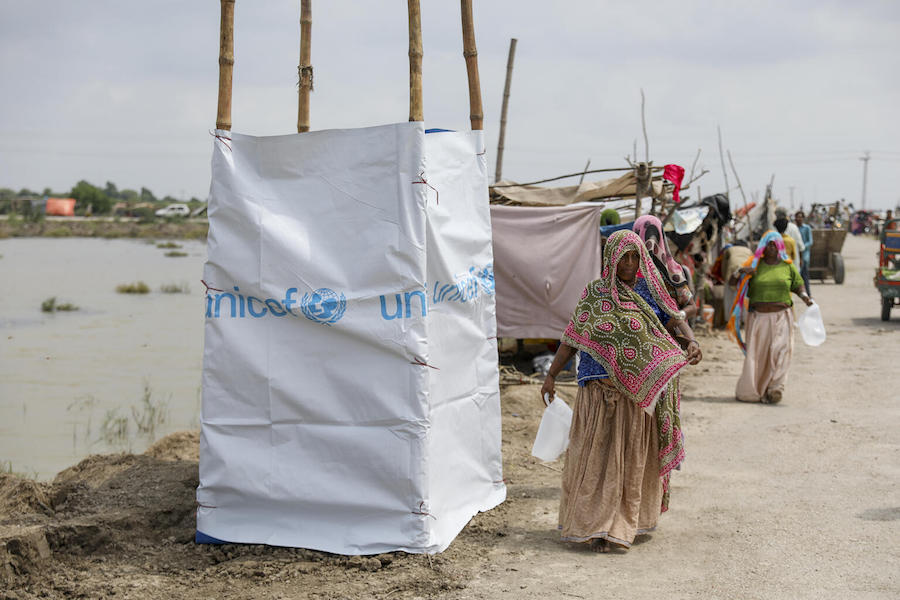 UNICEF has set up temporary toilets and is spreading awareness of the dangers of open defecation, which can contaminate water and spread diseases like cholera and diarrhea, one of the leading killers of children under the age of 5, particularly in humanitarian settings. Skin diseases and malnutrition are also on the rise. Eight-year-old Humaira, above, and her extended family are crowded into a temporary shelter on the high road. She is eager to return home, but not sure what — if anything — remains. More than 500 children have lost their lives in the flooding.

Pakistan's children did not contribute to global warming, but they are suffering the consequences

UNICEF is focusing its response on the most vulnerable children by providing support in WASH, health, nutrition, child protection and education. Despite access challenges, UNICEF has provided safe drinking water to 55,000 people through water trucking, installation of water filtration plants and restoration of water systems, along with lifesaving medical equipment and medicines via 14 mobile medical clinics.

UNICEF Representative in Pakistan Abdullah Fadil says UNICEF is "using any means necessary" to deliver aid to families stranded by the floodwaters:  "donkey bags, motorcycles, boats, barges — whatever it takes."

To reach more children, additional funds are urgently needed. "One dollar given today is worth $100 in six months' time," says Fadil.