Pennsylvania and Minnesota Outlaw Child Marriage With No Exceptions

UNICEF USA applauds the passage of laws preventing anyone under the age of 18 from getting married. The U.S. is now two states closer to ending child marriage nationwide.

Even during times of great hardship, it's important to take a step back and celebrate our wins. That's just what child rights advocates in Pennsylvania and Minnesota are doing this week following the passage of not one, but two pieces of legislation within the course of just a couple days.

Did you know? Worldwide, 650 million women and girls alive today were married before their 18th birthday. Some are right here in the United States, where approximately 248,000 children as young as 12 were married between 2000 and 2010, most of them girls wed to adult men. Yet before last week, only two U.S. states — Delaware and New Jersey — had successfully passed laws to prohibit child marriage with zero exceptions.

With the enactment of HB360 on May 8, the U.S. took one giant step forward in the fight to end child marriage nationwide, as Pennsylvania became the third state to end the practice and the first to do so remotely, during a global pandemic. UNICEF USA applauds the passage of HB360 and recognizes the leadership of Rep. Jesse Topper, Rep. Perry Warren, Sen. John Sabatina, Sen. Judy Schwank and Sen. Wayne Langerholc Jr. for introducing this measure as well as Gov. Tom Wolf, who signed the bill into law.

But the good news doesn't stop there. Just a few days later, Minnesota quickly followed suit with the enactment of HF745/SF1393, becoming the fourth U.S. state to end child marriage with no exceptions. UNICEF USA extends our thanks to Rep. Kaohly Her, Sen. Sandy Pappas and Gov. Tim Walz for their leadership in passing this measure — an extraordinary victory for child rights, particularly during a global pandemic. 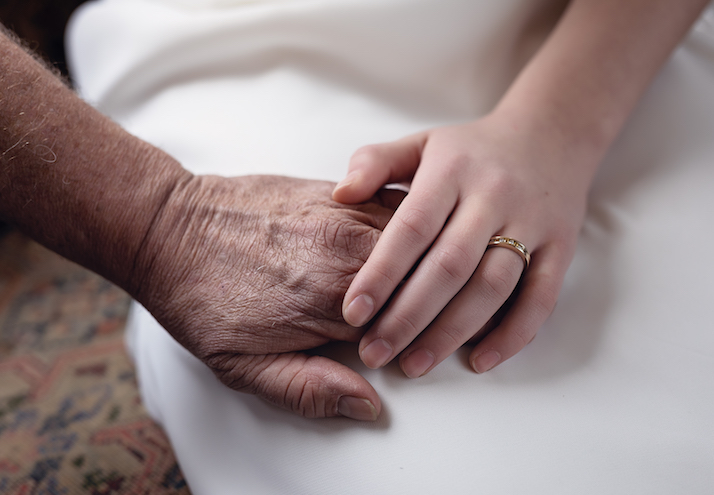 Child marriage is a violation of child rights. UNICEF USA and Zonta International are working to end this harmful practice in the U.S. and around the world. © UNICEF

These legislative accomplishments would not have been possible without our passionate UNICEF UNITERs, grassroots volunteers across Pennsylvania and Minnesota who sent hundreds of messages to their state legislators in support of the bills. In these busy times, the collective voice of UNICEF USA supporters helped keep child protection top of mind for lawmakers and build support for both measures.

In all cases, child marriage has negative impacts on children. It leads to separation from family and friends, lack of freedom to interact with peers and participate in community activities, and decreased  opportunities for education and economic participation. Because child marriage often results in child pregnancy, girls married at a young age face serious health risks. Teenage girls are much more likely to die in pregnancy and childbirth than women in their twenties. In addition, childhood pregnancy increases risks of nutritional deficiencies for both mother and baby, with permanent consequences.

Child marriage is harmful in all instances and must be prohibited

Sadly, these risks are only exacerbated in conflict and crisis settings, such as the current COVID-19 pandemic. In fact, we know from other public health crises like the Ebola outbreaks in West Africa and the Democratic Republic of the Congo that adolescent girls are disproportionately affected by these emergencies. Actions taken to contain the spread of the novel coronavirus — such as school closures and quarantines — are disrupting children's routines and support systems while increasing the risk of sexual exploitation and forced early marriage.

This makes the passage of HB360 and HF745/SF1393 even more of a victory for the children of Pennsylvania and Minnesota. Every child deserves the right to a healthy and fulfilling childhood, and every person in the U.S. can play a vital part in protecting that right.

Interested in getting more involved in the fight to prohibit child marriage in all circumstances? UNICEF USA just launched a nationwide advocacy campaign to end child marriage alongside our longtime partner, Zonta International. Join fellow advocates in asking your state lawmakers to support legislation that would eliminate child marriage in your state.

Top photo: Marrying before age 18 is harmful and should be banned with no exceptions. UNICEF USA and Zonta International are working to end child marriage in the U.S. and around the world. Photos by Jodi B. Herrling for UNICEF.