Nepal: The Fight to Rebuild After the Earthquakes

From the first day of two earthquakes that violently shook Nepal in April, 2015, UNICEF was ready to assist the 1.1 million children affected. Even before relief began to flow into the country, UNICEF released emergency supplies from four pre-stocked warehouses. UNICEF suspended operations in the unaffected districts of Nepal and moved staff into the earthquake zones.

For nearly 1 million children, education was abruptly interrupted by the quakes. UNICEF and partners built close to 2,000 temporary schools, getting more than 179,000 kids back to learning, and giving them the stability and social interaction that helps to heal children in times of crisis.

But even after a year, there is still more work to do. The prolonged shortage of fuel after a closure of borders with India constrained the movement of supplies and logistic support. The monsoon rains from July to August, as well as the harsh winter  and snowfall in the mountainous region affected the transportation of relief and recovery supplies in numerous places. Of the 188,900 people who had been temporarily displaced right after the quakes, an estimated 26,272 people are still living in temporary housing.

Here is a glimpse of some of the work UNICEF has been doing to help Nepal rebuild. 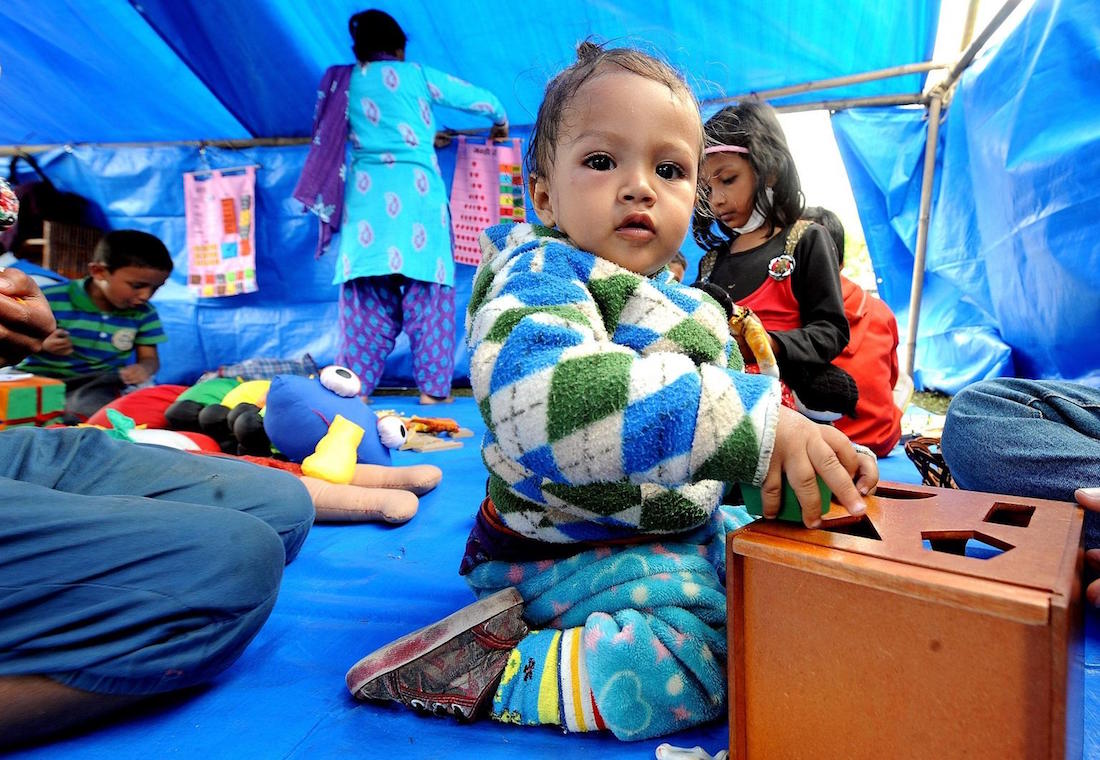 On April 30, 2015, five days after the earthquake, children found security and a badly needed moment of fun. This UNICEF-supported child-friendly space is in Tundikhel, am important landmark in Nepal's capital, Kathmandu. ©UNICEF/Karki 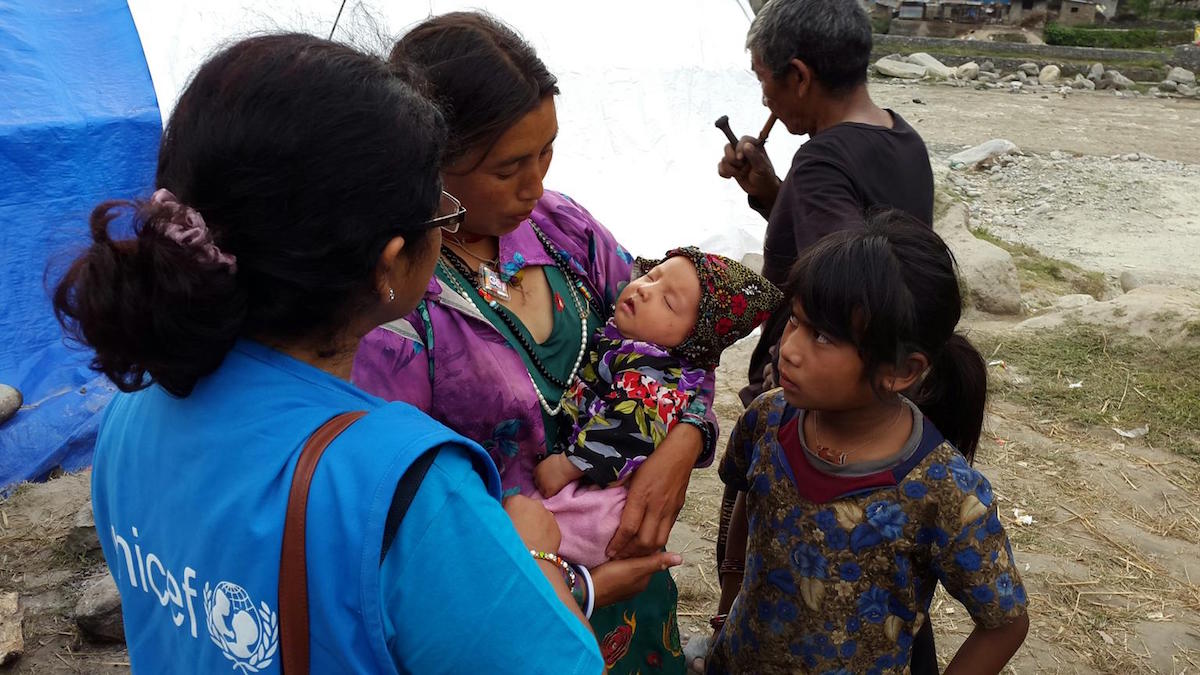 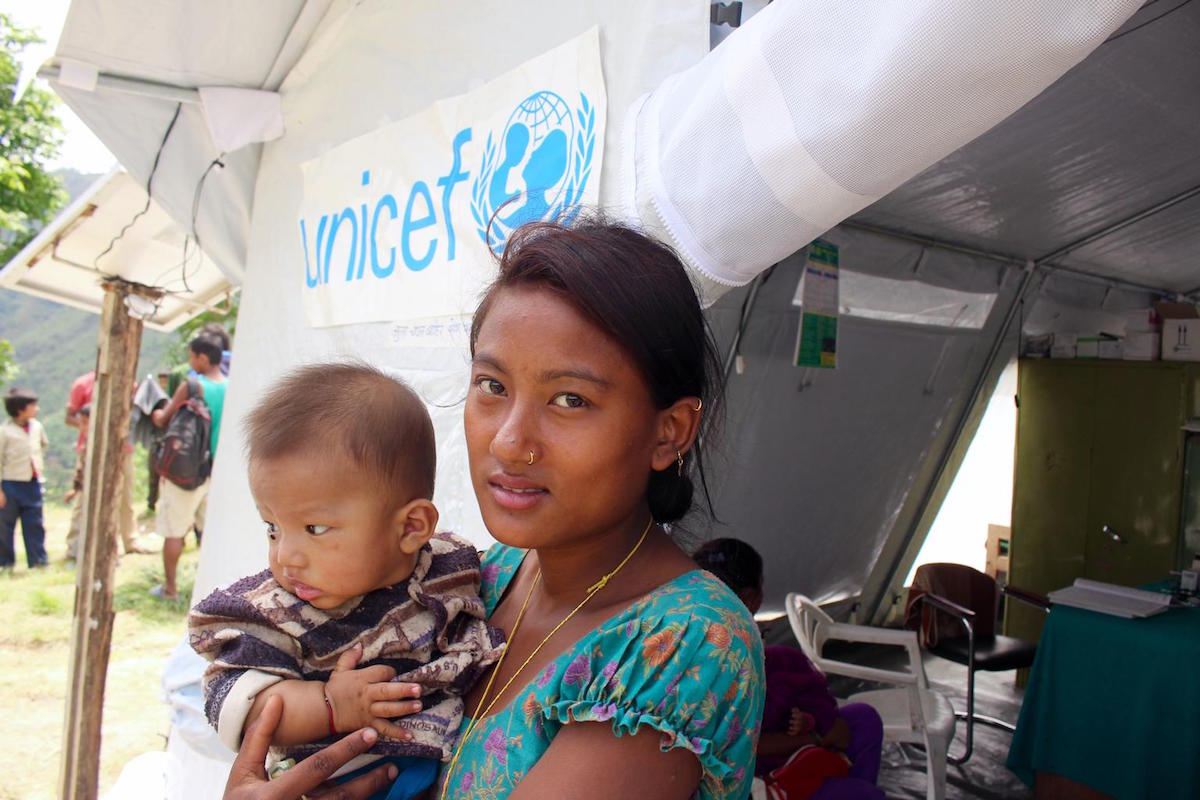 Makeshift health posts provided by UNICEF in the village of Thuladurlung in Lalitpur District, gave respite to young families. They replaced a health and birthing center that was destroyed during the massive earthquakes. ©UNICEF/Newar UNICEF-trained health community volunteer Parbati (at right in blue sari) continued to provide free primary health care, including breast-feeding, nutrition and hygiene advice to members of her community — even though, like others, her home was severely damaged in the earthquakes. ©UNICEF/Page On May 16, 2015, UNICEF relief items arrived in Chamawati village in Dolakha, epicenter of the 7.3 magnitude earthquake that struck Nepal on May 12, 2015. ©UNICEF/Panday 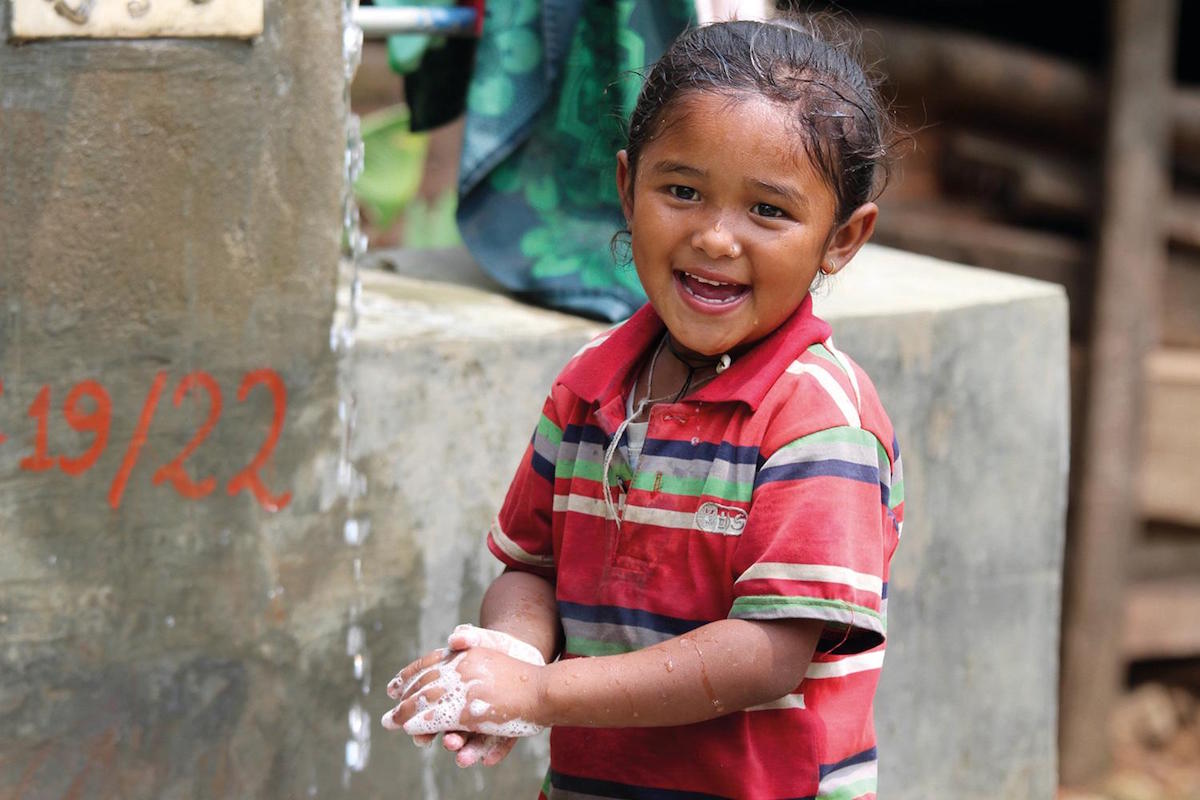 On May 8, 2015, a young girl in Baluwa village, Gorkha district, washed her hands with soap that was included in her UNICEF hygiene kit. ©UNICEF/Newar 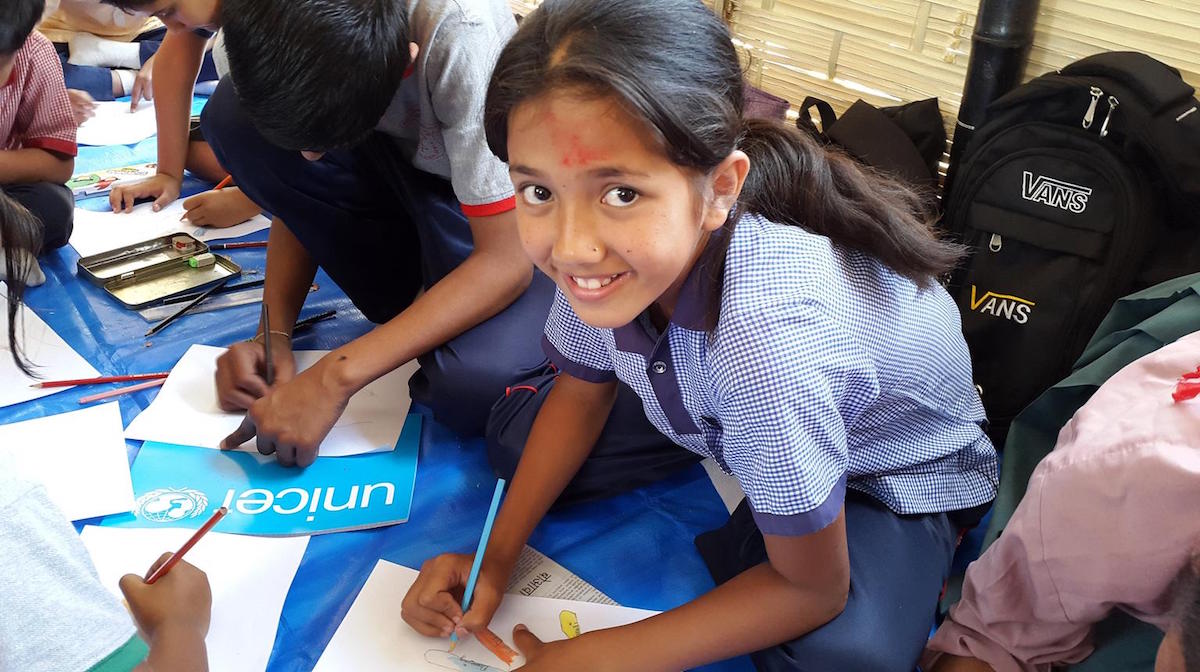 Like all of her classmates from the Kuleshwor School in Kathmandu, this girl was happy to get back to learning for the first time since the earthquakes hit. Class was held in temporary learning spaces built with UNICEF support. ©UNICEF/Page