If You Care About Trafficking, You Should Care About Refugees | UNICEF USA

Syrian migrants and refugees are extremely vulnerable to violence, exploitation, and trafficking. But are we talking about them as potential victims we should serve or as potential problems we must solve?

In recent years, human trafficking has become an increasingly common topic of conversation. We hear it mentioned in our news segments, we see it as the subject of our movies and documentaries, and we even hear about it in discussions around the Super Bowl. We talk passionately about ending injustice and fighting for freedom and protecting the vulnerable.

But when we begin to talk about migrants and refugees, that dialogue quickly ends.

Syrian refugees and migrants are extremely vulnerable, desperate, and increasingly targeted by individuals who can profit from their vulnerability. Inside Syria,13.5 million people need humanitarian assistance and the sheer magnitude of violence has created a nearly hopeless situation. Parents left with no “safe option” operate out of powerlessness. Families can only escape the violence if they can afford a way out—the average price of one seat on a transit boat is $1500 U.S. dollars.  And even if they survive the incredibly perilous journey, borders may (and often do) close in their face.

In neighboring regions, two million children are living as refugees. In Lebanon, nearly three quarters (73%) of street based children were refugees from Syria and two out of three Syrian refugees in Jordan live below the country’s extreme poverty line of less than $2 per day.

And this crushing poverty and debt have forced Syrian refugee families to resort to desperate coping mechanisms that put children at a particularly high risk. According to a recent survey, close to half of the Syrian refugee families living in Jordan report having a child as a breadwinner. In Turkey, Syrian refugee girls as young as eight years old are engaging in child labor and in Lebanon, children as young as six are working to support their families. Half of working girls in Jordan are employed as domestic workers, making them more vulnerable to abuse and sexual exploitation with far reaching physical and psychological effects. Children are being widely recruited by armed groups and routinely engaging in work that causes significant health problems. 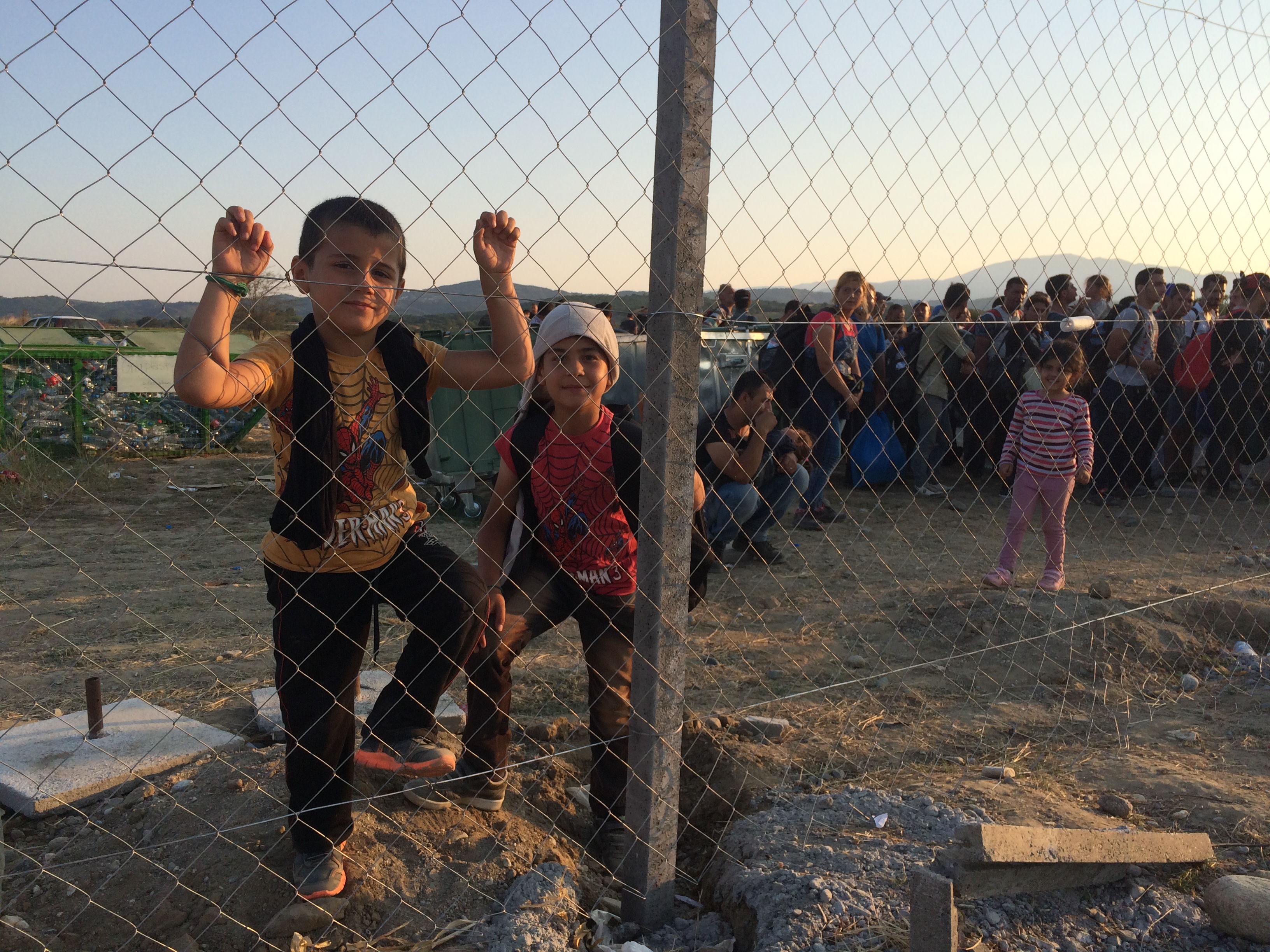 And yet some regard these individuals—these extremely vulnerable children - with apprehension and bitterness.

Some suggest the atrocious violence caused by seven men in Paris must reflect the motives of millions of fleeing families. Some believe the majority of migrants are young, military-aged men seeking quick access to developed countries in order to take someone else’s job or to cause violence. But the numbers show, and the stories reveal, that this belief is pure myth. Over 52% of migrants are women and children. The proportion of children among refugees and migrants (now over one third) is quickly and drastically increasing. Families are leaving for the sake of their lives, not with the vision of causing harm or promoting extremism. They are on the run to survive.

So the discourse that Syrian migrants and refugees are, at best, inconvenient, and at worst, dangerous, is incredibly harmful. Setting narrow quotas for the number of lives we should welcome, or championing for religion-based qualifications to ensure refugees “deserve” asylum violates human rights and suggests that compassion must be earned.

This discourse is also extremely problematic, considering all we know about human trafficking. Trafficking victims are typically first made vulnerable by mass displacement, violence, extreme poverty, social exclusion, or heightened desperation. Traffickers target vulnerability and lure their victims with offers of transportation, asylum, employment, and even marriage. They then charge incredibly high fees to coordinate travel arrangements or paperwork, and use that fee to coerce parents and children to work until that ever-increasing “debt” is paid off.

To turn a cold shoulder to the plight of Syrian migrants and refugees is to say to one of the most vulnerable populations to trafficking that we care about what they could experience, just not them.

It ignores the link between the reality of their vulnerability and the likelihood of their exploitation. It says to the world that we only care about the victims who look and live like us. It suggests that human trafficking is a human rights abuse, but that only some people have human rights. 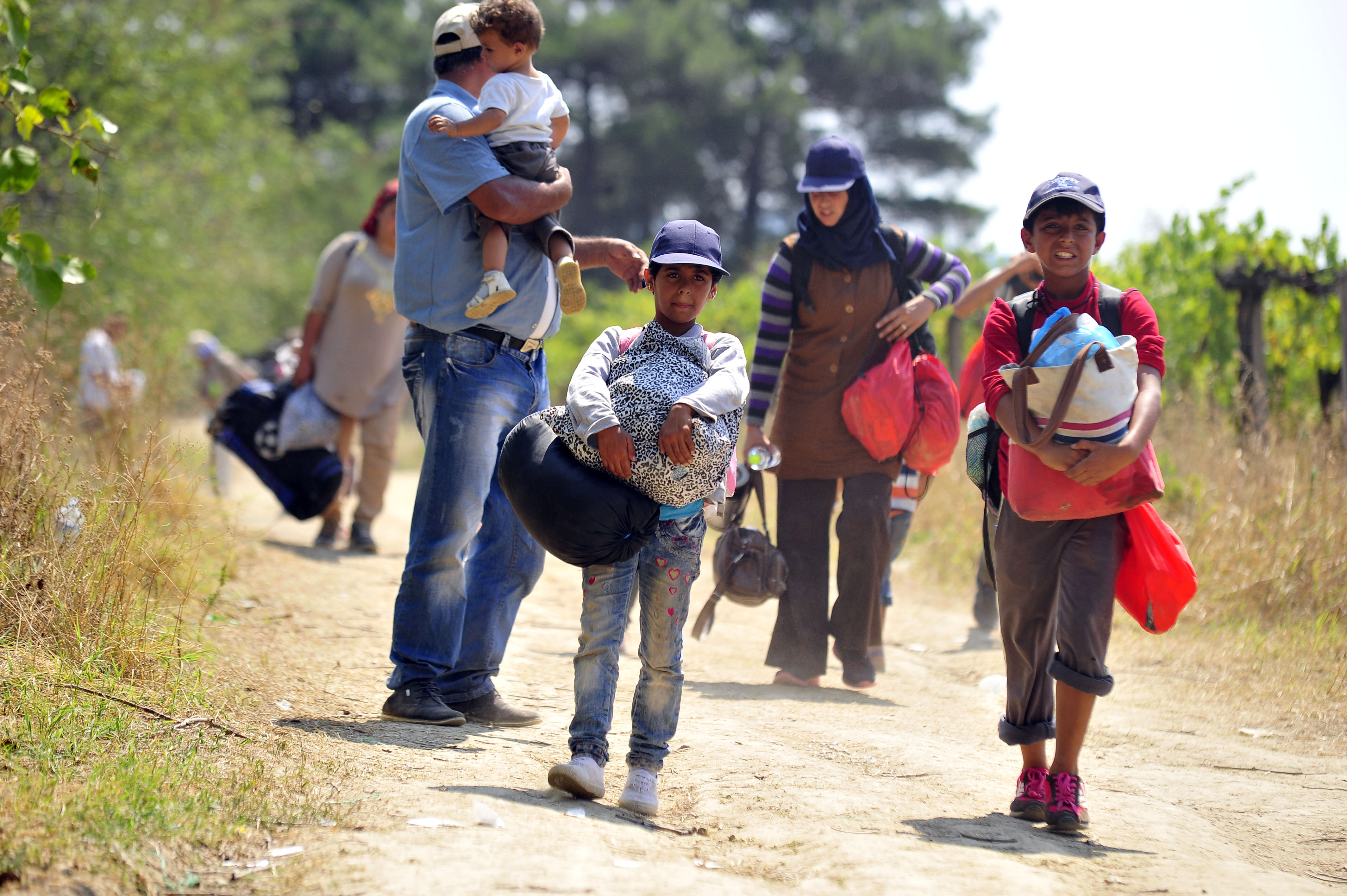 Want to show you care? Here are four easy ways you can take action:

1) Urge President Obama to call on European policymakers to help the displaced children and families already in Europe, and offer humanitarian aid to those in dire need: https://www.unicefusa.org/help/advocate/demand-care-children-caught-refugee-and-migrant-crisis

2) Donate to help child refugees. UNICEF is working on the ground in Syria and in the surrounding regions, even in the hardest-to-reach places, to protect children. https://www.unicefusa.org/donate/give-now-help-child-refugees/26936

3) Share our Appeal to End Suffering in Syria on your social media platforms: https://www.unicefusa.org/stories/end-suffering-syria-please-share-now/29803

4) Host a fundraiser or event for Syrian refugees: https://www.unicefusa.org/supporters/volunteers/fundraisers