In Honduras, a Need for Violence Reduction, Education and Opportunity

UNICEF and partners are working to improve conditions in Honduras, so children and families won't feel forced to migrate.

In February, I visited the North Coast of Honduras with UNICEF USA partners and UNICEF Honduras colleagues. UNICEF Honduras collaborates with the government at the municipal level to provide robust child protection, violence prevention and safe education programs. Still, rates of violence in Honduras remain high and immigration, closely correlated, continues to increase. A complex relationship between lack of economic opportunities and insecurity has caused a massive influx of migrants from Honduras. Between 2014 and 2019, the Belen Center for Returned Migrant Children and Families has received more than 66,598 repatriated children.

Despite the formidable challenges they face, I was in awe of the kindness of the Hondurans I met, their persistence toward bettering their communities and the strength and resilience of the human spirit. Juan Coca (in striped shirt) and his wife Lurvin Mejia (not pictured) left Honduras last year with their son Anthony, 8 (pictured above with his sister Jacksiria, 10, and their grandmother). The family migrated north in search of better medical care for Anthony, who was born partially blind. They were forced to leave Jacksiria behind with her grandmother. Now they are back in Honduras, receiving assistance from UNICEF Honduras and DINAF, the Honduras National Child Protection Agency.

After migrating in search of better health care for their son, a family returns to Honduras

Last year, Juan Coca, his wife, Lurvin, and their 8-year-old son, Anthony, returned to Honduras after migrating in search of treatment for Anthony, who was born partially blind. The family was received by the Belen Center for Returned Migrants, the government center that is the first stop for all returning children and families.

Through a partnership between UNICEF Honduras and DINAF, the Honduras National Child Protection Agency that assists returned families with reintegration into their community, the family has been supported ever since their return. The program provided Lurvin with micro financing; she now runs a successful pulperia (convenience store). Through UNICEF's global connections, Anthony will be receiving eye surgery from the best eye doctor in Honduras. The hope is that after surgery, he will be able to see more than shadows for the first time, and be enrolled in school for the first time ever. Coca stresses how important an education is.

When asked if they would ever try to migrate again, Coca tells us, "No, I would not. We suffered too much and we thank God Raquel [the DINAF social worker] received us when we returned." 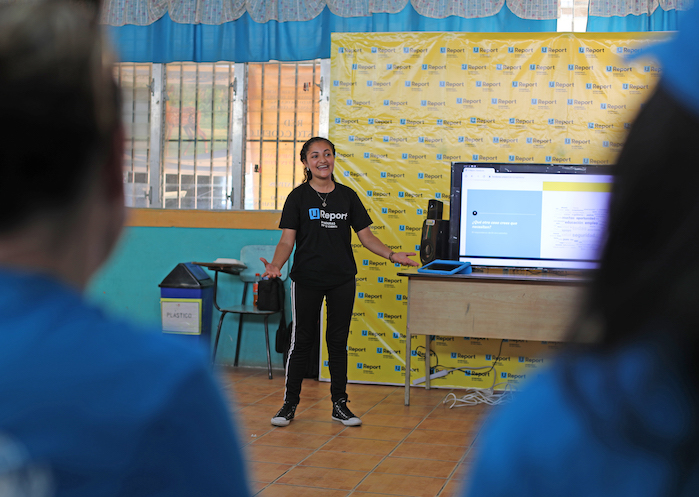 Cindy, 16, leads the U-Report program in Villanueva, Honduras. The platform uses text messaging to address topics affecting children at the municipal level and focuses on the reasons why families migrate. There are 3,002 U-Reporters in Honduras and the platform has a 32 percent response rate in Villanueva.

Cindy and her team shared some the results of a recent survey. In response to the question, "Have you ever thought of migrating abroad?" 66 percent of respondents answered yes and only 34 percent said that they have never thought about migrating. About 74 percent of returned migrants said they wanted to migrate again. U-Report replies indicate that most people in Villanueva migrate in search of jobs and education. Cindy notes, "There is no doubt that there is talent in Honduras, but we need more education and opportunities."

The platform has become a tool for policymakers to interact with children and youth to engage them in public policy and programs that affect children and adolescents. 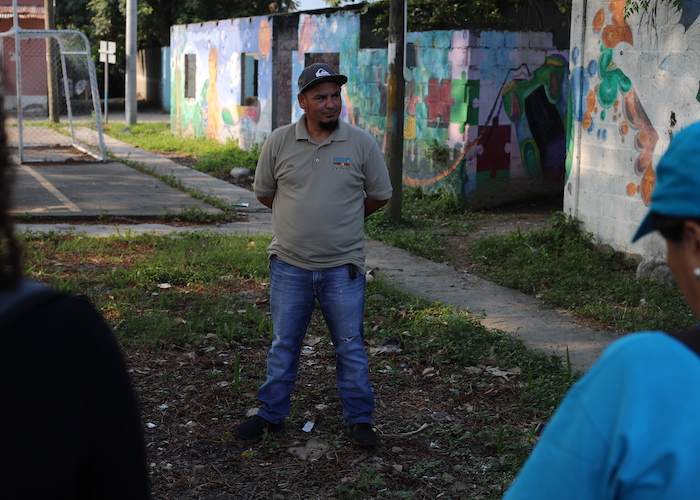 Joel, a community violence interrupter trained by UNICEF partner Barrio Positivo/Cure Violence, works in Chamelecón, a suburb of San Pedro Sula, Honduras. Chamelecon is one of the most violent neighborhoods in Honduras due gang-related conflict.

Chamelecón, a suburb of San Pedro Sula, is one of the most violent neighborhoods in Honduras. UNICEF partner organization Cure Violence trains community-based mediators to stop the spread of violence in their own neighborhood. Cure Violence strategies and methods are used to address disease control, interrupting conflicts, identifying and treating high-risk individuals and changing social norms to reduce violence against children and gender-based violence. Chamelecón is the neighborhood where Cure Violence launched its Honduras intervention program in 2013.

Over the past three years, the homicide rate has decreased 53 percent in communities using Cure Violence methods. Community violence interrupter Joel says, "The most important thing is gaining trust and credibility and appealing to the human side of someone about to commit violence." Since the program began, there have been 280 mediations, 35 percent of which involved potential family violence.

The most important thing is gaining trust and credibility and appealing to the human side of someone about to commit violence.

The Barrio Positivo group is trained by Cure Violence and UNICEF Honduras. In response to four shootings, violence interrupters set to work to avoid reprisals, facilitating 249 mediations involving 834 people. Rosa, a violence interrupter, notes that "Sometimes, as a woman, I have a better chance of building trust and having people listen to me [during mediation sessions]." 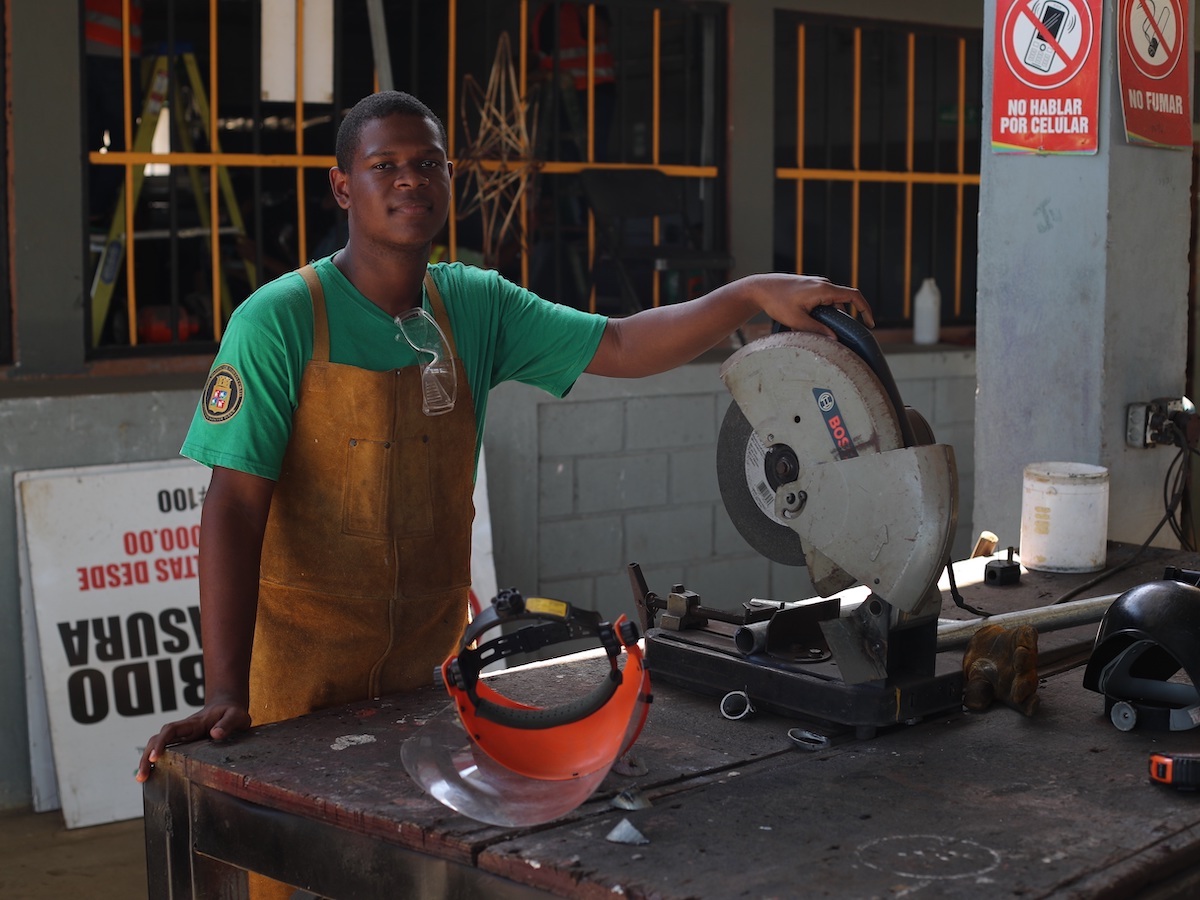 Lack of opportunity is one of the three main factors cited for migration. UNICEF works with NGOs and municipalities with high rates of migration to support programs that provide vocational training and technical programs for adolescents and youth from at-risk communities. One of the instructors shared that most youth would be idle and loitering the streets, at greater risk of violent activity, if they weren't at the vocational training center. At the Escuela Taller Municipal (Municipal Vocational Training Center) in Puerto Cortes, adolescents participate in a one-year course in welding or electrical work. After they complete the course, they are connected to internship opportunities. 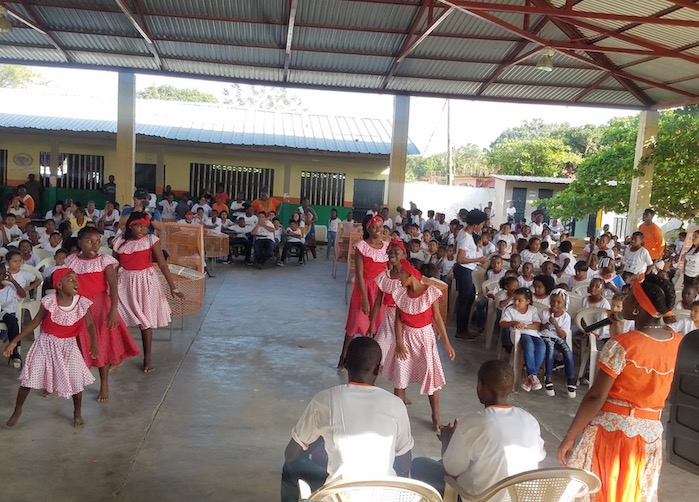 Tornabé is a recognized Garifuna (Black Carib) community with a significant rate of migration. During our visit, we witnessed students receiving emergency preparedness training, instituted as a result of an increase in the number of natural disasters in the region. The community is working to protect Afro-Honduran rights and local resources, both factors that influence families to stay or leave their community and Honduras. 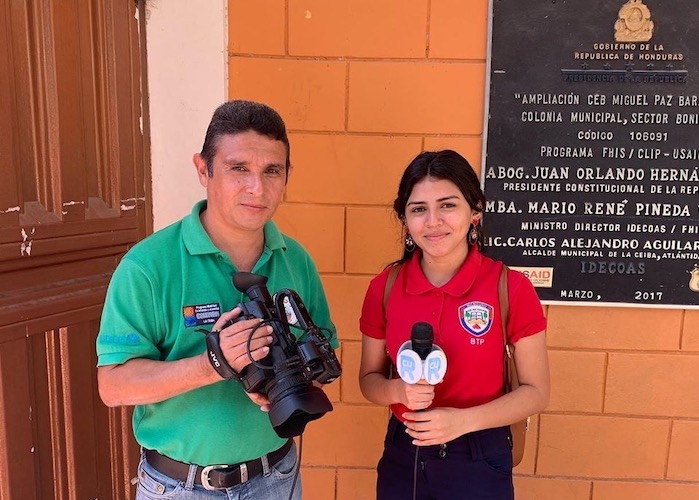 Despite progress, children and adolescents in Honduras remain vulnerable to violence and displacement. An estimated 48 percent of children have fled violence and organized crime and 43 percent of children do not live with their parents. In order to build a better future for all children, UNICEF will continue to implement violence prevention and reintegration programs to protect children and adolescents, as well as working to ensure children have safe learning spaces throughout the country. In the face of vast challenges, the hope and conviction of children and youth in Honduras to deal with the root causes of forced migration and build their home resonates the most.

Your generous donation will support UNICEF's work to improve conditions and opportunities in Honduras and across the region.