Outside of the Belen reception center - says “Honduras needs you”.jpeg

UNICEF Is Helping Build a Better Future in Honduras

Violence forces families and children to flee Honduras every day. UNICEF is working to make the country safer for all.

In many parts of Honduras, violence and poverty are a part of daily life — and so is migration. "If you drive two hours west toward the border with Guatemala, you can see people leaving by the busloads," my colleague from UNICEF Honduras, Matias Lindemann, told me the day we arrived in San Pedro Sula. Each day, about 300 people leave the country in search of better opportunities for a safer future.

In late August, I traveled to Honduras with Chantal Da Silva, a senior reporter at Newsweek, to learn more about the root causes of migration that drive so many families to flee their homes and to see what UNICEF is doing to help.

We traveled to San Pedro Sula, Honduras to visit the UNICEF-supported Belen Reception Center for Returned Migrants, a facility run by DINAF, the Honduran child protection agency. All Honduran migrant families and unaccompanied children pass through this center after being deported from countries along the migration route.

They receive a warm meal and a medical and psychosocial evaluation, and meet with counselors who can refer them to a variety of social services, including school reintegration, ongoing mental health support and employment opportunities for parents. Children and families who cannot return to their home communities due to threats of violence remain at the shelter until UNICEF can help identify safe alternatives.

80% of the returned migrant families and children said they left for economic reasons, but that doesn't tell the full story.

Before DINAF staff begin discussing reintegration efforts with returned migrants, staff psychologists must first understand why families and children made the decision to leave Honduras. "Eighty percent of the returned migrant families and children said they left for economic reasons, but that doesn't tell the full story," one of the staff psychologists explained.

Of that 80 percent, many have been ordered to pay extortion fees — a practice so common that it's referred to as the "war tax" — and some families have even faced violent threats by gangs, which affect their ability to work and to provide for their children. Many of the families and children also told the staff psychologists that they experienced violence in their communities.

Adolescents at the Marcelino Pineda Lopez School in Choloma.jpg 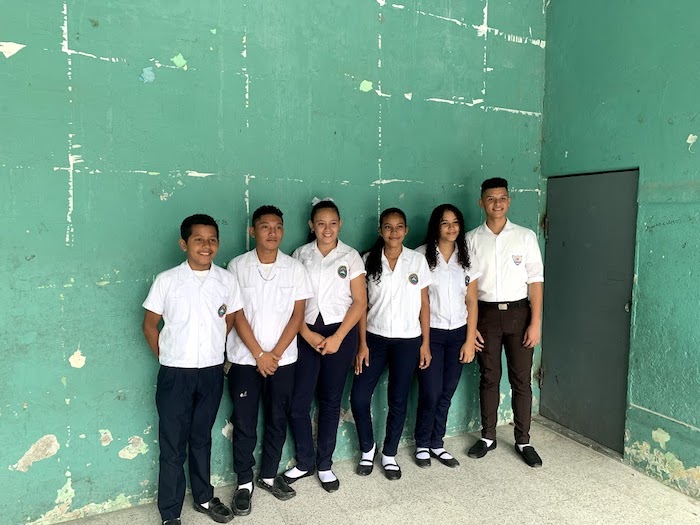 At Escuela Marcelino Pineda Lopez, a UNICEF-supported school in Choloma, the third largest and one of the most dangerous cities in Honduras, students discussed the ways violence affects their everyday lives.

Even though the homicide rate in Honduras has declined since its peak in 2011, violence continues to permeate many facets of society. To get a better sense of how violence affects children's lives, we traveled to Escuela Marcelino Pineda Lopez, a UNICEF-supported school in Choloma, the third largest and one of the most violent cities in Honduras, to speak to six adolescent students about their experiences.

Three of the students told us they had seen acts of violence with their own eyes, and all agreed that they'd heard of violence occurring in their neighborhood. To put the situation into context, between January and July 2019, there were 26 "massacres" in Honduras, in which six or more people were murdered. Violence, including domestic violence, remains a problem in many households.

Between January and July 2019, there were 26 "massacres" in Honduras, in which six or more people were murdered.

Edin, 15, shared the story of how one morning while he was riding the bus with his father, he saw gang members shoot and kill the bus driver. "They told each of the passengers to give them money, or else," he said. Though neither Edin nor his parents have attempted to migrate to the U.S., he understands why many families and children have fled and will continue to flee Honduras.

When reviewing the data, it's not hard to see how migration has impacted virtually everyone in Honduras, regardless of whether they themselves have attempted to make the journey. Since the start of 2019, school enrollment numbers have decreased by 64,000 — the biggest drop since 2009. Maria Beatriz Urbina, the principal at Escuela Marcelino PIneda Lopez, told us that 12 students had left since the start of the school year, and that number doesn't include the many students who have stayed behind while their parents, relatives and family members left. 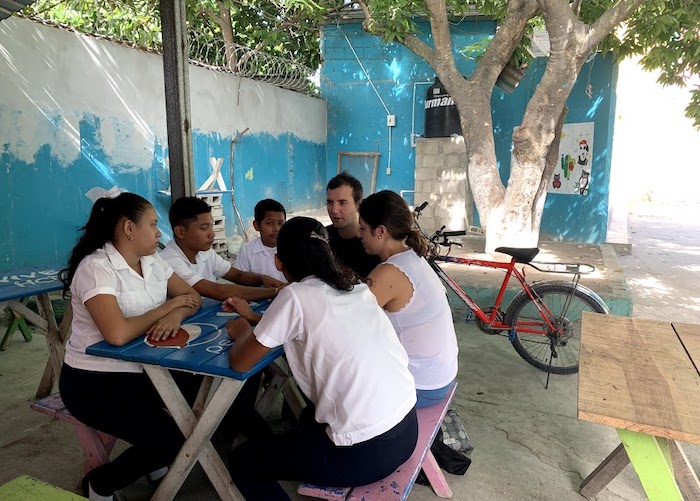 Though migration can have negative mental health impacts on children, the principal also told us that she's seen a positive change in her students since the school implemented the UNICEF-supported Culture of Peace, Peaceful Coexistence and Citizenship pilot program. Based on a collection of best practices in the prevention of violence in schools, the program teaches students about different forms of violence, the importance of human rights and alternatives to violence such as peaceful dialogue.

Honduras is a beautiful country," says Edin, 15. "I want to graduate from school so that I can grow up to be a banker here. I want to stay to make my country better.

Despite the ongoing challenges facing Honduras's youth, many of the young people we met assured us that there's a reason to have hope — and all six students told us they were determined to stay in their homeland. "Honduras is a beautiful country," said Edin. "I want to graduate from school so that I can grow up to be a banker here. I want to stay to make my country better."

If I could only share one takeaway about my experience visiting Honduras, it would be that families and children don't want to leave their homes. Now more than ever, aid is needed to help keep at-risk youths safe in their communities, while also helping reintegrate children who have fled the country and returned. UNICEF's lifesaving work to help vulnerable children in Honduras aims to tackle both sides of the migration issue. As an organization, UNICEF is there before, during and after an emergency or crisis to help build sustainable solutions to the pressing global development challenges facing today's youth.

We must not lose sight of the fact that migration, in many cases, isn't voluntary. It's forced. All children, regardless of their nationality, deserve the right to grow up safe and protected in their homes with their families. When I left Honduras, I thought about the many kids I met during my five days there, and my mind turned to Edin once more. When I asked him if he had a final sentiment that he wanted to share, he paused for a moment. "Honduras has a lot of problems," he said. "But it's home."

Top photo: "Honduras needs you" says the mural outside the UNICEF-supported Belen Reception Center for Returned Migrants in San Pedro Sula, Honduras. All Honduran migrant families and unaccompanied children pass through the center after being deported from countries along the migration route. UNICEF is working to address the root causes of migration that drive so many to flee their homes. © All Photos by Gabriela Arias for UNICEF