The Hidden Obstacles of Breastfeeding for Refugee Mothers

Many mothers around the world face challenges associated with providing their babies with the necessary nutrients through breastfeeding. Refugee mothers face an even greater challenge.

August 1-7 marks World Breastfeeding Week, a week to highlight the benefits that breastfeeding brings to the health and welfare of babies, as well as a wider push for maternal health, focusing on good nutrition, poverty reduction and food security.

Many mothers around the world face challenges associated with providing their babies with the necessary nutrients through breastfeeding. Refugee mothers face an even greater challenge.

Refugee camps are often crowded, with cramped living conditions and inadequate basic infrastructure such as roads and sewers. As a result of the Syrian civil war, approximately 5.6 million Syrians are now registered refugees and asylum seekers, including more than 2.5 million children.

In the Americas, violence and extreme poverty have driven hundreds of thousands of people out of their homes in search of safety and opportunity the United States. For mothers in transit, breastfeeding in the midst of uncertainty can be a struggle. In India, Dudi Devi, left, reads a book with her daughter Varsha, 6. The book was part of an educational kit distributed by UNICEF during the COVID-19 pandemic . © UNICEF/UN0388985/Panjwani

Traumatic stress and malnutrition not only affect the health of breastfeeding mothers, they are also passed along to their infants and children. According to the World Health Organization (WHO), malnutrition refers to “deficiencies, excesses or imbalances in a person’s intake of energy and/or nutrients.” Although there are multiple subcategories of malnutrition, undernutrition will be the primary definition referenced here. A 2019 Oxford study observed how breastfeeding coupled with maternal malnutrition affected the presence of the C-reactive protein (a protein found in blood plasma that rises in response to inflammation) in children. Data showed the C-reactive protein was higher in children of malnourished mothers, suggesting higher inflammation and stunted growth.

Traumatic stress is a fact of life for many refugees

The life of a refugee is tough and unforgiving and traumatic stress is commonplace. For refugee mothers, the physical, emotional and psychological stress that they deal with can reduce their supply of breast milk. This is highly concerning as breastmilk changes to meet a child's "evolving dietary needs ...and contains antibodies that protect children from infection, long term ill-health and death." An inadequate supply of breastmilk during the first couple years can have devastating consequences on children's physical and mental development, such as stunting.

On the other hand, if the breast milk supply isn’t impacted by stress, the presence of stress can increase the amount of cortisol in breast milk. In fact, studies have found that breastfed babies have approximately 40 percent more cortisol in their systems than formula-fed babies, suggesting that the cortisol found in breastmilk is responsible for this increase. This “secondhand cortisol” enters the baby’s intestinal tract and goes to the brain, affecting areas that regulate emotion. While the long-term effects of secondhand cortisol are fairly unknown, researchers at Arizona State University found that higher levels of cortisol corresponded to babies who easily cried or became agitated when placed in unfamiliar situations. 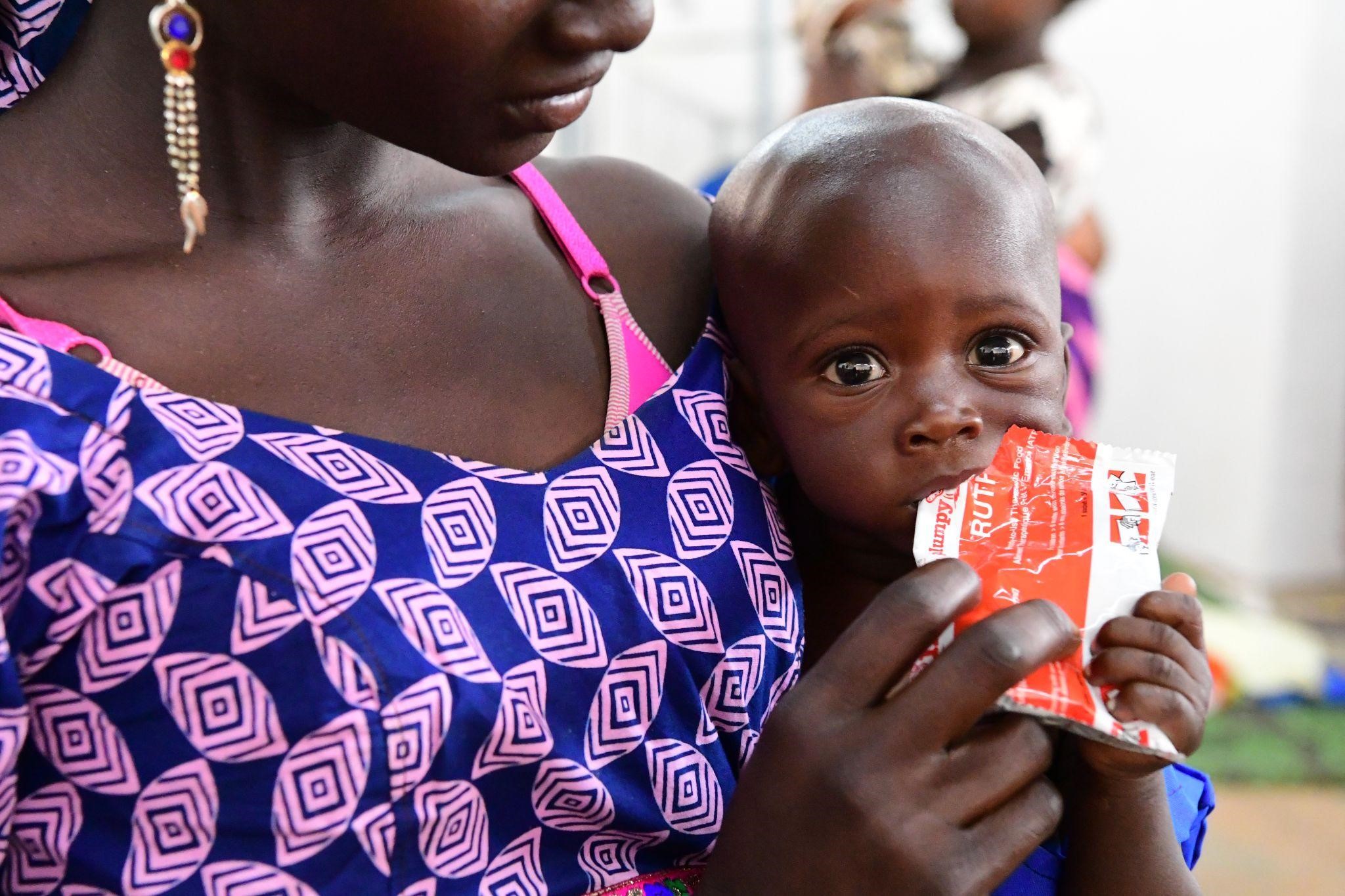 The stress-laden and traumatic experience of migrants and refugees combined with abject poverty and hunger have debilitating effects on the children which not only affect their health but also their future. UNICEF programs provide health care, nutrition and psychosocial services to breastfeeding mothers around the world, including those who are on the move and in refugee camps.

UNICEF supports breastfeeding mothers and their babies with health, nutrition and psychosocial programs

UNICEF's programs and initiatives work. In southern Mali, a UNICEF-supported Model Mothers program that provides nutrition support and education for nursing mothers helped cut stunting rates in half. UNICEF also advocates for breastfeeding-friendly environments and policies for nursing mothers and their babies, including the passage of paid maternity leave and breastfeeding breaks for all mothers.