UNICEF Model Mothers Lead the Way for Moms and Their Babies

This Mother's Day, make a donation to help UNICEF support lifesaving programs for the world's most vulnerable children.

Under the best of circumstances, motherhood can be a lonely business. The sleeplessness and 24-7 demands of a new baby can isolate new moms just when they need the support of others. The weight of heightened expectations and the desire to do everything right can make any decision — such as how long to breastfeed or whether to rock your baby to sleep — fraught.

But for women struggling to raise children in poverty, conflict or crisis, the pressures are far greater. To help, UNICEF has found a solution that is saving babies' lives by bringing moms together.

When the rate of newborn deaths in Mali — one of the highest in the world — reached crisis levels, UNICEF began supporting the Mama Yeleen initiative, which trains Model Mothers to counsel moms and offer the encouragement and health care tips that can mean the difference between life and death.

“I like to share my knowledge with women in my community and help children take their first steps in life,” says Fatoumata Ouattara (above left), one of the many UNICEF-supported Model Mothers trained in early childhood development and nutrition. Fatoumata and her fellow Model Mothers advise expectant mothers and new parents, like Djénéba (above, with her 3-month-old daughter, Assitan) on everything from the importance of prenatal care and exclusive breastfeeding for the first six months of a child's life to immunization and all the other essentials babies need to grow healthy and strong.

“I started benefiting from Fatoumata‘s advice during my sixth month of pregnancy,” says Djénéba. “With her advice, I completed my four prenatal consultations, gave birth at the health center and am completely up-to-date on the vaccinations of my last two children.”

Chosen by the local health center, model mothers like Fatoumata must have a deep understanding of nutrition — and a knack for conveying that knowledge when they make their rounds. Model Mothers' ability to connect with moms when they go door to door or work with mothers in groups is as vitally important as the critical health information they are there to share. 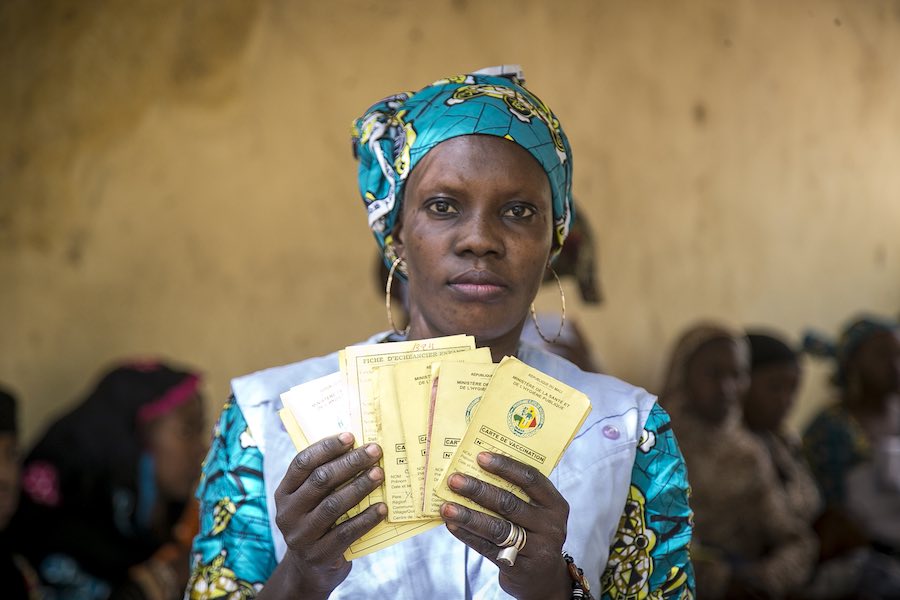 Kadia Traore (above), an obstetrician at the Baraouéli Health Center in Mali's Ségou region, credits model mothers with the huge rise in mothers’ visits to the health center where she works. “The women of the village regularly attend their prenatal consultations,” says Kadia. “UNICEF and its partners’ support for the Mama Yeleen initiative helps us a lot in our daily tasks."

UNICEF Model Mothers have been around for some time. In 2008, volunteer Model Mothers worked in Mozambique to teach mothers in rural areas how to improve their nutritional practices and children's health. In 2016, when two of every five children in Ghana's Volta region were stunted due to malnutrition, UNICEF Ghana deployed Model Mothers to help debunk traditional beliefs that were preventing mothers from giving their babies the best start in life. 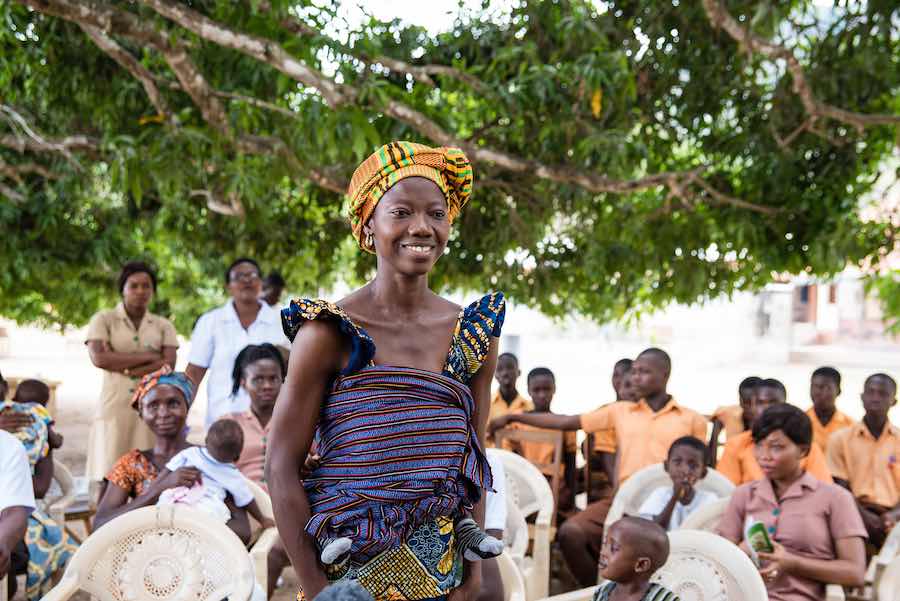 Training is critical to model mothers' ability to make a compelling case for the best nutritional practices. But model mothers' personal experiences are often just as convincing — especially when it comes to combatting harmful misconceptions and myths. Above, a model mother testifies to the benefits of exclusive breastfeeding at a gathering that UNICEF and its Ghanaian health service partner hosted to combat a dangerous traditional bias.

“I never knew the health benefits attached to exclusive breastfeeding," Amoah Akolpoka told another gathering UNICEF organized in Ghana's Upper East Region. Her mother-in-law bullied her into giving her first three babies food and water instead of breast milk, a decision that triggered multiple visits to the doctor. "When they were babies, hardly a week passed without them being admitted to the health facility to be treated. But after joining the model mothers club and being educated about the importance of exclusive breastfeeding and practicing it, I no longer go to the hospital frequently. My fourth baby looks healthier than my first three children when they were at the same age.”

Model Mothers have made their mark on UNICEF's nutrition programming. But healthy eating isn't their only area of expertise. In 2017, when the massive influx of Rohingya refugee families strained the minimal water resources in the overcrowded camps of Cox's Bazar, Bangladesh, model mothers fanned out to help moms protect their children from waterborne diseases. 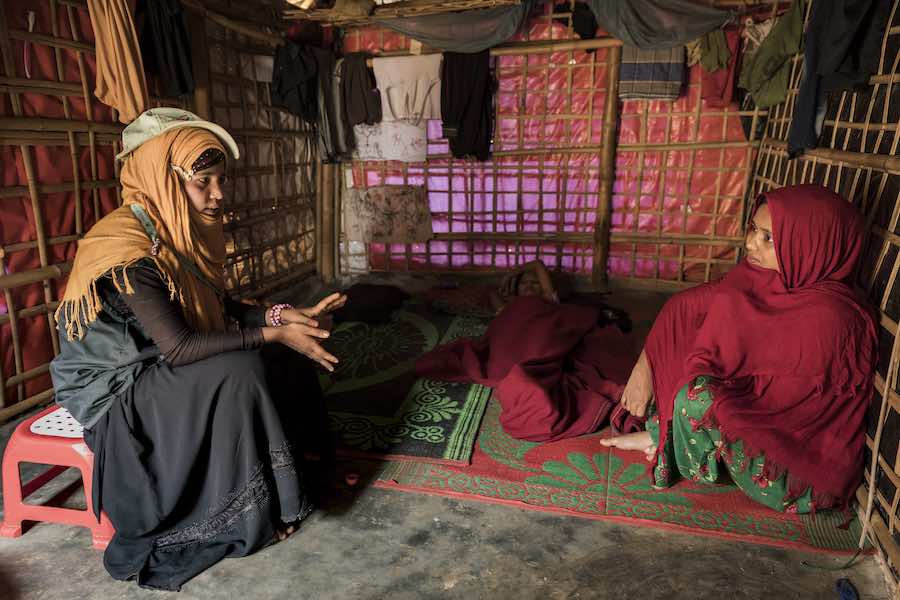 Asheka Akter (above left) is just 16, which is relatively young for a Model Mother. But thanks to the hygiene training she received, she's wise beyond her years. Her advice helps Rohingya mothers protect their children's health under the most challenging circumstances. "I have been working here for 7 months," says Asheka, seen here during a visit she paid to a mother in the Balukhali refugee camp. "I feel very happy that I'm able to do something that I didn't know before coming here."

This Mother's Day, honor the loving moms in your life by supporting UNICEF's lifesaving work on behalf of children around the world.