Seventeen-year-old Oleksandra can see through the metal fence that lines her yard, even before she opens the gates. Bullets and shrapnel have punctured holes in the steel. Her house no longer has a roof.

"From now on, my house will always be associated with the war," says Oleksandra, as she carefully steps over broken glass to walk into the family home in Irpin. 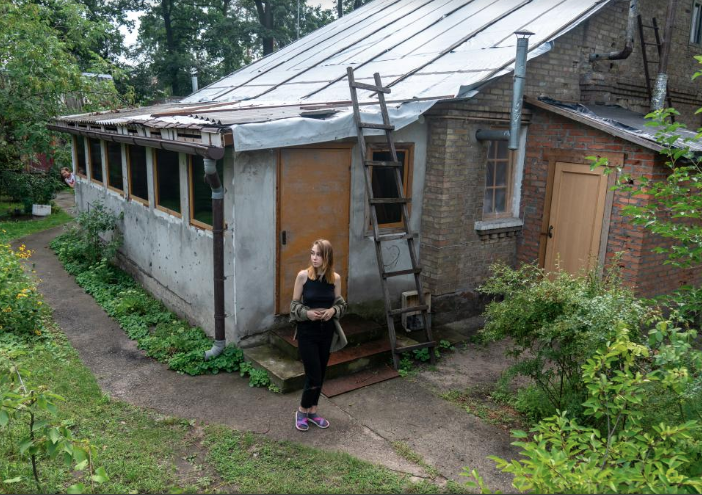 'The only day I remember is February 24'

War is not the only threat to Oleksandra’s family. With winter on its way, they are desperately trying to repair the house before temperatures plummet.

“This week, we finally have a glass window,” says the teenager, with relief.

The next job for the family — Oleksandra, her mother, sister and grandparents — is fixing the roof. So far, they have managed to get by with a polyethylene sheet stretched around the perimeter. But it leaks when it rains and gives them no protection from the wind.

"We're trying to finish it before the winter comes,” says Oleksandra, whose family calls her by her nickname, Sasha. “Because we want the snow to fall on a new roof, not our heads."

'When I returned to Irpin, I did not recognize the city because everything was broken. It felt like a piece of your memories had been torn off.'

Oleksandra had been planning to move away to attend university this September, but the war has changed everything. She will now study journalism in Irpin to be near to her family.

There were times when she says she thought they would not survive. During the heaviest fighting in Irpin, she and her family spent two weeks in a dark, cramped cellar.

"In the cellar, the days were all the same,” recalls Oleksandra. “We were sleeping and eating there and almost didn't have an opportunity to visit a bathroom. Since then, I have lost track of dates. The only day I remember is February 24. I still live in February. It is the longest winter in my life.”

She still feels nauseous at the smell of mold.

"When the shells were very close, we couldn't leave the cellar,” she says. “We all were exhausted. I was sitting there leaning my head against the dirt wall and my mom was worried I'd get sick." 'That was the last time I heard [my father's] voice'

When the hostilities in the Kyivska region became too much to bear in the beginning of March, Oleksandra, her mother and sister fled to the Lvivska region. They eventually returned to Irpin at the end of May.

Oleksandra's father went missing in Bucha, and there is still no information about him.

"He called me before he went missing, we talked a bit,” she says. “That was the last time I heard his voice. I still believe we will find him.”

Oleksandra has lost around 22 pounds due to stress and sometimes passes out due to weakness. She tries to stay strong by talking with friends and writing essays to deal with her worries.

"Every time I feel overwhelmed with emotions, I start writing,” she says. “It helps me to calm down a little.”

Returning home has been difficult.

"The house looked like a horror movie,” says Oleksandra. “It didn't feel like home, everything felt unfamiliar. When I came into the house, I felt emptiness, like there was no life.” 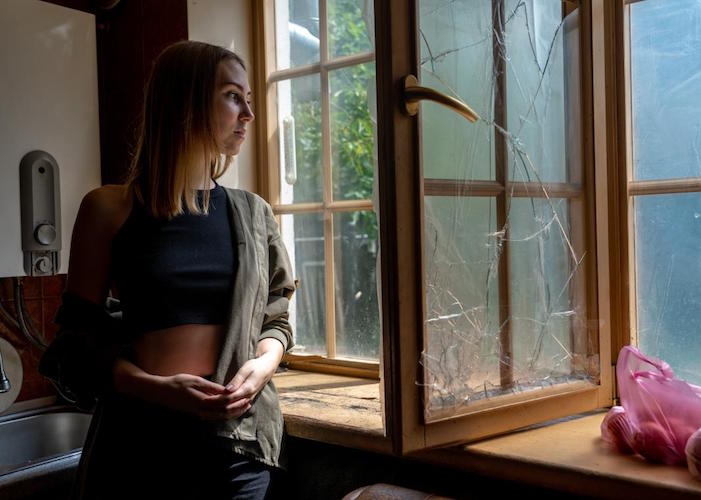 'I used to take so many things for granted'

A large oak tree in the garden was decimated by a shell, so Oleksandra’s grandfather chopped up the branches for firewood. The family is stocking up on food, wood for the stove and other necessities for the coming winter and further hostilities.

"I'm going through a process of reevaluation,” says Oleksandra. “I used to take many things for granted. But when missiles are flying above your home, you realize that you can lose everything — your home, your family, and your life."

"All my friends are dispersed all over the world,” she continues. “I don't even have anyone to go for a walk with. Some of them went abroad, others moved around Ukraine. All that I have now is my family. And I don't want to move away from them while there is a war in Ukraine.”

Oleksandra hopes that her first year at university will not be ruined by fighting. She dreams of returning to normal life, as it was before the war.

"I want my dad to be found,” she says. “I want to study normally, find new friends, have a new team. I want to have a normal life, instead of hiding in the cellar." 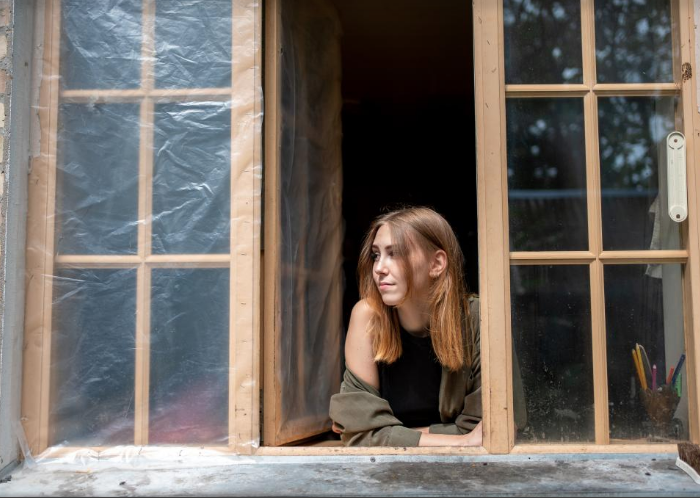 The people of Ukraine have now suffered more than six months of war and are about to endure the additional hardships of winter. Within Ukraine, families — many of them displaced and already struggling to meet basic needs — will be faced with the additional costs and difficulties of winter during a time of war.

According to UNICEF's latest situation report, around 773,000 households and businesses across the country remain without power. Those living as refugees in neighboring countries will be forced to confront freezing temperatures and heavy snowfalls while uprooted from their homes, families and livelihoods.

To support vulnerable children during the winter, UNICEF will provide a range of materials, services and cash assistance to families. In addition to winter items such as clothing, boots and blankets, the program will extend child care services and cash transfers.

A separate, related “Spilno” (togetherness) program is designed to strengthen social support for children and enhance social cohesion during and after humanitarian crises. The initiative supports local authorities to develop an integrated social services model that identifies risks and addresses them in a timely manner, while providing children with the social services needed for their safety and well-being.

Top photo: Seventeen-year-old Oleksandra's family home in Irpin, Ukraine, was severely damaged by shelling. The family is struggling to make repairs before temperatures plummet and winter sets in. All photos © UNICEF.  Video edited by Tong Su for UNICEF USA.