An Ebola Outbreak Rages in Democratic Republic of Congo

As the first Ebola deaths are confirmed in Uganda, health workers in the DRC are under attack from armed militia groups and a fearful public.

Health workers fighting to contain an Ebola outbreak in the Democratic Republic of Congo (DRC) — the second deadliest in history — are finding themselves under attack as more than 30 armed militia groups vie for control of the region. Treatment centers and health workers have been repeatedly targeted, hampering efforts to contain the virus.

In April, World Health Organization (WHO) epidemiologist Dr. Richard Valery Mouzoko Kiboung, 42, was shot and killed during an attack at Butembo University Hospital, where he was chairing a meeting with front-line health workers battling the Ebola Virus Disease.

Meanwhile, misinformation and fear have fueled a growing mistrust in the community, delaying treatment during a critical window of opportunity.

This week, UNICEF launched an emergency Ebola swift response plan in Uganda following the confirmation of the first cases of Ebola in the country over the past few days.

How did the Ebola outbreak spread to Uganda?

Following a visit with his family to the DRC, a 5-year-old boy returned to Uganda on June 9 and died soon after. The boy's grandmother also died from the virus in the western district of Kasese, home to almost 400,000 children. UNICEF's shift to its emergency response phase in Uganda follows months of preparedness and prevention efforts as Ebola cases increased in the DRC.

"As our thoughts are with this young boy's family, this is a tragic reminder that even one case of Ebola is one too many," said UNICEF Representative in Uganda, Dr. Doreen Mulenga. "We must do everything possible to stop this outbreak in its tracks and prevent other needless deaths."

When did the Ebola outbreak start?

The Ebola outbreak — the country's tenth since 1976 — began in August 2018. It is centered in North Kivu and Ituri provinces, near the country's eastern border with Rwanda, Uganda and South Sudan. Insecurity and deadly clashes between armed militia groups fighting for control of the region have driven families from their homes and into neighboring countries, amplifying the odds that the virus will spread. 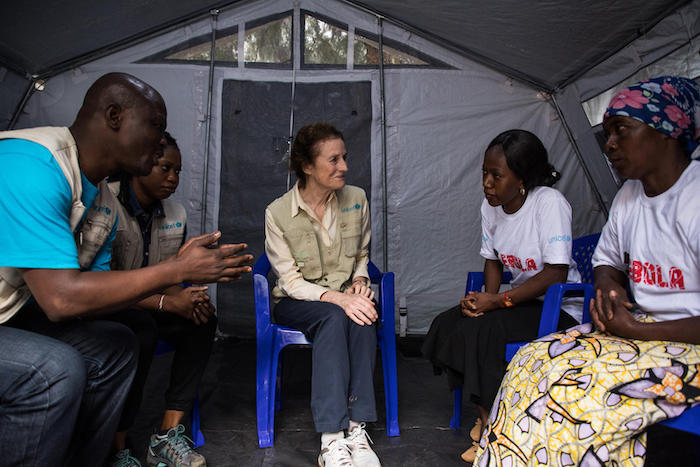 How many people have died?

As of June 11, a total of 1,990 confirmed and 94 probable Ebola cases have been reported and 1,405 people have died, according to the World Health Organization (WHO). Actual numbers are thought to be much higher, as some people avoid treatment and others living in remote locations are unable to reach a treatment center. Almost one-third of total cases recorded (605) were children under 18. The number of health care workers affected has risen to 118 (6 percent). 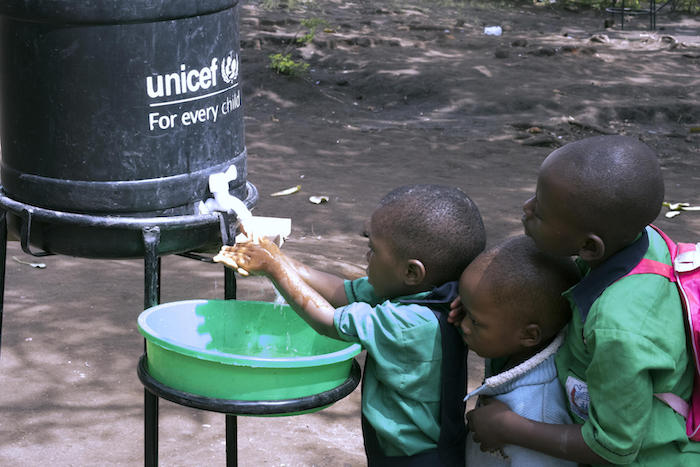 Pupils of Nyabungo Parents Primary School near the Uganda-DR Congo border wash hands as part of the response to the Ebola outbreak, supported by UNICEF, Uganda Red Cross, WHO and the Ugandan government. © UNICEF/UN0307484/Bongyereirwe

What is being done to fight the outbreak?

National health authorities in the DR Congo and Uganda are leading the response to the Ebola outbreak, building on their experience with previous outbreaks. They are supported by many local and international partner organizations, such as UNICEF, WHO, the Red Cross and Doctors Without Borders (MSF), all working together to:

What is UNICEF's role?

UNICEF's contribution to the response focuses on these areas:

UNICEF multidisciplinary teams include anthropologists, who ensure that prevention and treatment efforts are sensitive to cultural beliefs and practices, particularly around caring for sick and deceased individuals, and addressing community concerns about secure and dignified burials. 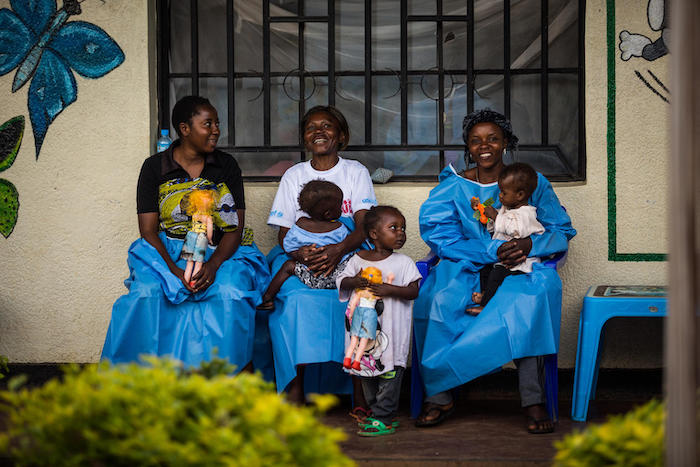 On March 19, 2019 in Beni, Democratic Republic of Congo, Ebola survivors care for children whose mothers are being treated inside the UNICEF-supported Ebola Treatment Center. Survivors are immune to the virus. © UNICEF/UN0289985/Tremeau

How is UNICEF helping children orphaned by Ebola?

UNICEF and partners have identified more than 400 children who have been orphaned or left unaccompanied as a result of the Ebola outbreak in the DR Congo. In November, UNICEF and partners set up a nursery next to the Ebola Treatment Center in Beni, DR Congo to care for infants and young children who have been orphaned or whose parents are being treated for Ebola. The nursery is staffed largely by Ebola survivors, who are immune to the deadly virus.

How does Ebola spread?

The Ebola virus is transmitted to people from wild animals and spreads in the human population through person-to-person transmission. The 2014-2016 Ebola outbreak in West Africa, the deadliest on record, is thought to have started when an 18-month-old boy from Guinea was infected by bats. Before it was contained, the outbreak spread to seven countries — Italy, Mali, Nigeria, Senegal, Spain, the United Kingdom and the United States — infecting more than 28,600 people and killing 11,325.

What is the best way to prevent the spread of Ebola?

"Awareness is the best way to prevent the spread of this virus," said UNICEF Representative in Uganda, Dr. Doreen Mulenga. "Strategically communicating the correct knowledge and best practices to affected communities is critical to doing so which, among other key interventions, UNICEF will provide its full support to moving forward." 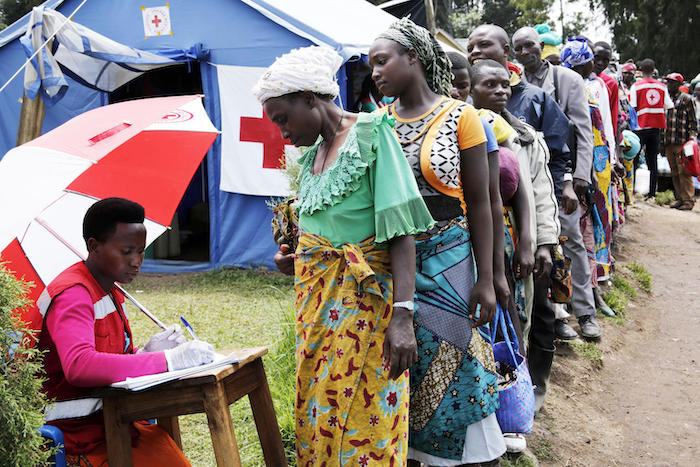 A Uganda Red Cross volunteer registers new arrivals from the DRC at a screening facility set up in the border town of Bunangana, Uganda. UNICEF is supporting education and water, sanitation and hygiene interventions in Uganda's Kisoro and Kanungu districts. © UNICEF/UN0307797/Adriko

"Each day, the staff of UNICEF and our partners, including health workers at the treatment centers and in the communities are making truly heroic efforts to save the lives of children and adults affected with the Ebola virus," said UNICEF Executive Director Henrietta Fore.

"It is unconscionable that anyone would seek to rob children and families of a service that could mean their very survival. The only way we can end this outbreak together is for health workers, UNICEF and our partners, to be able to operate safely in all communities affected by the disease, including in the most remote areas. Medical facilities should not be collateral damage of the insecurity in eastern DR Congo."

Top photo: Zuliya holds her 2-year-old son, Kayoka, as they wait to see a community health worker at an Internally Displaced Persons camp in Kalemi, Tanganyika province, DRC in November 2018. UNICEF supports community health workers, who, in addition to meeting the day-to-day needs of families, have been scaling up in response to the Ebola outbreak. © UNICEF/UN0270020/Prinsloo