Throughout history, dance — ballet in particular — has played a vital role during times of war and exile. Ballet and other forms of art were used to both symbolize and defy great powers during World War II and other times of conflict. Today, as we near the one-year mark of escalated conflict in Ukraine, dancers from Ukraine and around the world are fighting back.

In August 2022, the National Ballet of Ukraine performed at Steinmetz Hall in Orlando, Florida. Presented by the Ginsburg Family Foundation, the Ukraine Ballet Benefit invited audiences to experience Ukraine’s culture through its national artists while raising funds to support those whose lives have been upended by the war. The performance, with the Orlando Philharmonic Orchestra, was professionally filmed by the Parable Foundation in partnership with Full Sail University, and the resulting feature film is now available for free streaming.

The war came to ballerina Svitlana Onipko's doorstep in Kyiv on Feb. 24, 2022

Participating in the historic Ukraine Ballet Benefit was an emotional experience for Svitlana Onipko, a 27-year-old professional ballerina and artist from Kyiv. On Feb. 24, 2022, the war came to her doorstep, and she was forced to flee her home in search of safety.

“I woke up in the morning and couldn’t believe it was real,” said Onipko. “Weeks before, everybody had been talking about this — all my friends, my family — and we thought it would stay at a political level. We thought there would just be conversations … but no.”

Onipko spent two weeks in a bomb shelter in a nearby village, then traveled to the city of Lviv, Ukraine, before crossing the border into Warsaw, Poland. “It was an amazing feeling to look at the sky and know that the Russian army wasn’t in Lviv. I could just walk, drink coffee,” said Onipko. “I was the happiest human in the world.”

In Warsaw, Onipko was encouraged by a friend in the Polish National Ballet to participate in ballet classes. “I didn’t have the desire to do ballet at all,” Onipko said. “It wasn’t the right time. I didn’t see meaning in doing dance when there was war in my country. But I tried.” 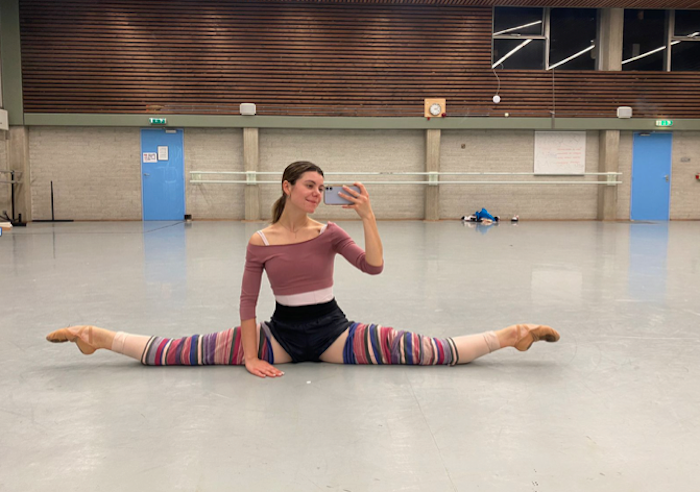 For the dancers, performing has become a peaceful way to protest the war

Onipko’s skills and dedication led her across Europe and Asia, then to the United States, where she danced in the Ukraine Ballet Benefit. Through dance, Onipko found a renewed sense of self and purpose — even in performing the iconic "Swan Lake," which to some remains a symbol of Russian culture and to others has become a peaceful way to protest the war. For Onipko, every ballet is an opportunity to support herself and her family.

“If I have some people to love — my nephew, my sister — I’m not sure I need too much else,” said Onipko. “The war showed us that material things can be gone. The people, the love, that’s what’s important. Of course, everything is temporary, but that’s what I want in my life — the people, the love.”

Onipko expressed gratitude to those in the audience, from Orlando and beyond, for their kindness and warmth. 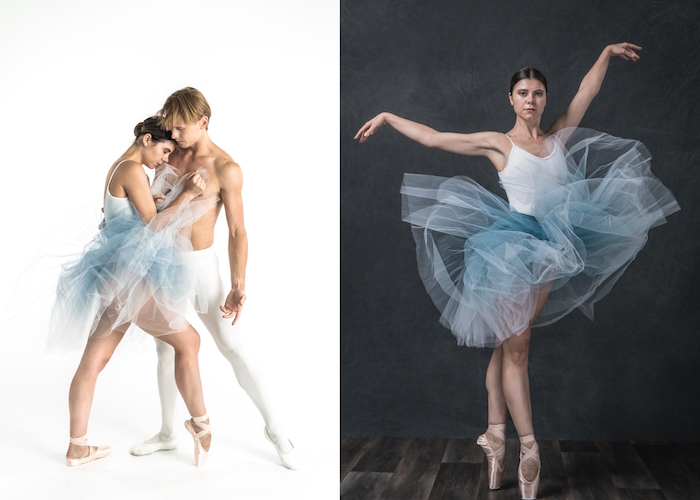 All proceeds from the ballet benefit are donated to organizations supporting Ukrainians in need, including UNICEF

Your support will help UNICEF reach vulnerable children across Ukraine with the life-sustaining supplies and services they need. Please donate today.

Top photo: Ballet dancers from Ukraine stretch and ready themselves onstage before a performance. In August 2022, the National Ballet of Ukraine performed in a special benefit with the Orlando Philharmonic Orchestra in Orlando, Florida. All proceeds are being distributed evenly among organizations, including UNICEF, providing much-needed support to children and families whose lives have been turned upside down by the war in Ukraine. © Svitlana Onipko