“This Storm Will Kill You” — Six Big Facts About Hurricane Matthew

Here’s what you need to know as one of the most brutal storms in recent memory reaches the U.S.

After causing four fatalities and significant damage in Florida, Hurricane Matthew has made landfall in South Carolina as a Category 1 hurricane.  Record storm surges and life-threatening flooding are possible. Still, the most devastating impact from this storm has taken place in Haiti, where 4 million children are affected. More than 350,000 people are in need of immediate humanitarian aid. Marc Vincent, UNICEF Representative in Haiti, describes a catastrophic situation for children. “Overflowing rivers, stagnant waters, and animal and human corpses are perfect breeding grounds for waterborne diseases. Every day that goes by increases the threat of cholera. We are in a race against time to get to these children before diseases do.”

1. Hurricane Matthew is taking aim at the United States

Hurricane Matthew threatens Florida and the U.S.'s East Coast, according to the latest predictions of the National Weather Service.

In response, Florida’s governor told residents of Florida's affected coastal areas on Thursday: “You need to leave. Evacuate, evacuate, evacuate ... This storm will kill you. Time is running out.”   A major hurricane hasn't made landfall in Florida since 2005. 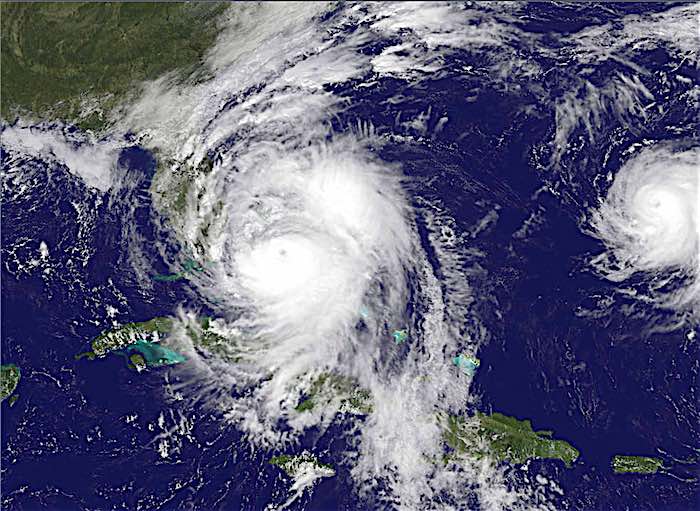 On the morning of October 4, Matthew slammed into Haiti near the town of Les Anglais, on the island nation's southwest coast, with winds of 145 miles per hour.  It became the first Category 4 storm to strike Haiti since 1964. 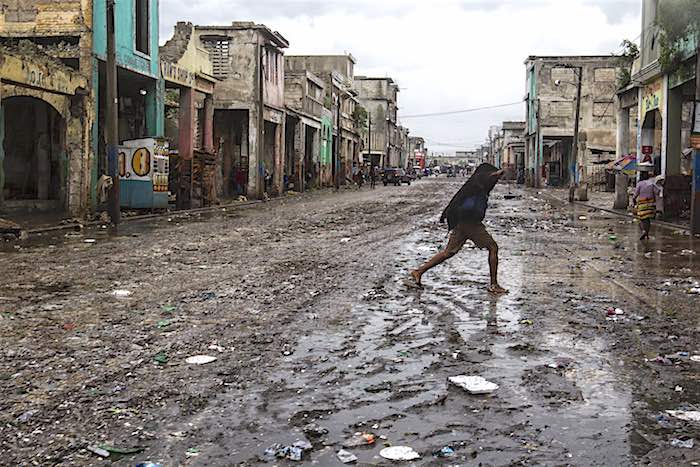 "In the storm's aftermath, the death toll [in Haiti] surged to at least 572 people on Friday, as information trickled in from remote areas previously cut off by the storm, according to a Reuters tally of death tolls given by officials. Some 61,500 people were in shelters, officials said, after the storm pushed the sea into fragile coastal villages ..." with casualities likely to rise further. Schools are closed. For many families, necessities are quickly dwindling.

With damage to the water and sanitation infrastructure, the risk of epidemics is very real. “Waterborne diseases are the first threat,” says UNICEF Haiti's Marc Vincent. “Our first priority is to make sure children have enough safe water.”

4. Other island nations have suffered, too

A truck being unloaded in the UNICEF Haiti courtyard on October 6, 2016 with emergency relief supplies for children and families affected by Hurricane Matthew and its aftermath. ©UNICEF/Cornelia Walther/2016

On Wednesday, October 5, for example, Matthew barreled across the eastern tip of Cuba, destroying dozens of homes in the city of Baracoa, leaving hundreds of others damaged.

5. UNICEF has responded with humanitarian aid since 1946

Founded in 1946 to help children suffering in the aftermath of World War II, UNICEF provides children and families with disaster relief whenever emergencies strike. A disaster's severity often depends on a community's vulnerability. UNICEF works to reduce risks and increase resiliency by helping shape the choices children and their families make about about where they grow their food, how solidly they construct their houses, and even what they teach in school.

In 2015, UNICEF responded to more than 310 emergencies, providing humanitarian assistance in 102 countries. The only time in history that UNICEF was called on to provide aid in the United States was in 2005: when Hurricane Katrina flooded eighty percent of New Orleans and forced thousands of children and their families to flee their homes.

Watch a video about UNICEF's relief efforts in New Orleans to help children and their families after Hurricane Katrina struck Louisiana's Gulf Coast on August 29, 2005.

6. You can help both yourself and others. Here's how:

If you're in the potential path of Hurricane Matthew, please follow the advice from the White House, “ ... to heed the warnings and instructions of local officials, including evacuation orders."

If you're safe and sound, please consider helping children in Haiti, which has borne the full brunt of Hurricane Matthew. Haiti also doesn't enjoy the infrastructure, healthcare systems, and emergency response capabilities we benefit from in the U.S.

UNICEF has been working in Haiti to provide a brighter future to the country's children since 1949.