It was a typical day in Myanmar’s Rakhine State for 14-year-old Shofika* until the soldiers pushed their way into her family's yard. “I was grinding chilies when the military came,” the young girl told UNICEF in late April at a refugee camp in the Cox's Bazar district of Bangladesh. “They started to shoot at random. My mother went out of the house. She told me to get ready and lock the doors. I was doing that when the soldiers entered our yard. Two of them raped me.”

Since more than 800,000 Rohingya Muslims began fleeing brutal attacks in Rakhine State last August, reports of widespread sexual assault by Myanmar armed forces have horrified the world. In May, leading UN officials who visited Cox’s Bazar reported hearing from “almost every woman and girl patterns of rape, gang rape, forced nudity and abduction for the purpose of sexual slavery during military campaigns of slaughter, looting and the razing of homes and villages.”

UN officials estimated last month that some 40,000 pregnant Rohingya women will give birth in coming weeks. Pregnancies resulting from “what we believe could have been a frenzy of sexual violence in August and September last year could come to term very soon,” Andrew Gilmour, UN Assistant Secretary-General for Human Rights, told UN News. “So, we are expecting a surge of births.”

What's harder to know is exactly how many of these pregnancies are the result of rape. Today, as the world marks the International Day for the Elimination of Sexual Violence in Conflict, we share the stories of Rohingya rape victims who are about to give birth to babies born of such violence they've been called “bad blood” or “children of the enemy.” Unfairly tainted by the brutality their mothers suffered, these babies are often delivered in secret.

“The stigma of a pregnancy as a result of rape makes it very hard for (women) to come out openly with the fact of their pregnancy,”  Pramila Patten, the Special Representative of the UN Secretary-General on Sexual Violence in Conflict told UN News last month.

After delivery, the stigma of sexual violence consigns both survivors and children to a lifelong struggle with issues of identity and often dire social, emotional and economic repercussions.

Shofika initially considered terminating her pregnancy but now, determined to keep herself and her baby healthy, she visits the camp clinic for prenatal checkups showing a resilience that Rohingya rape survivors will desperately need to give their children the best possible start in a very uncertain world. 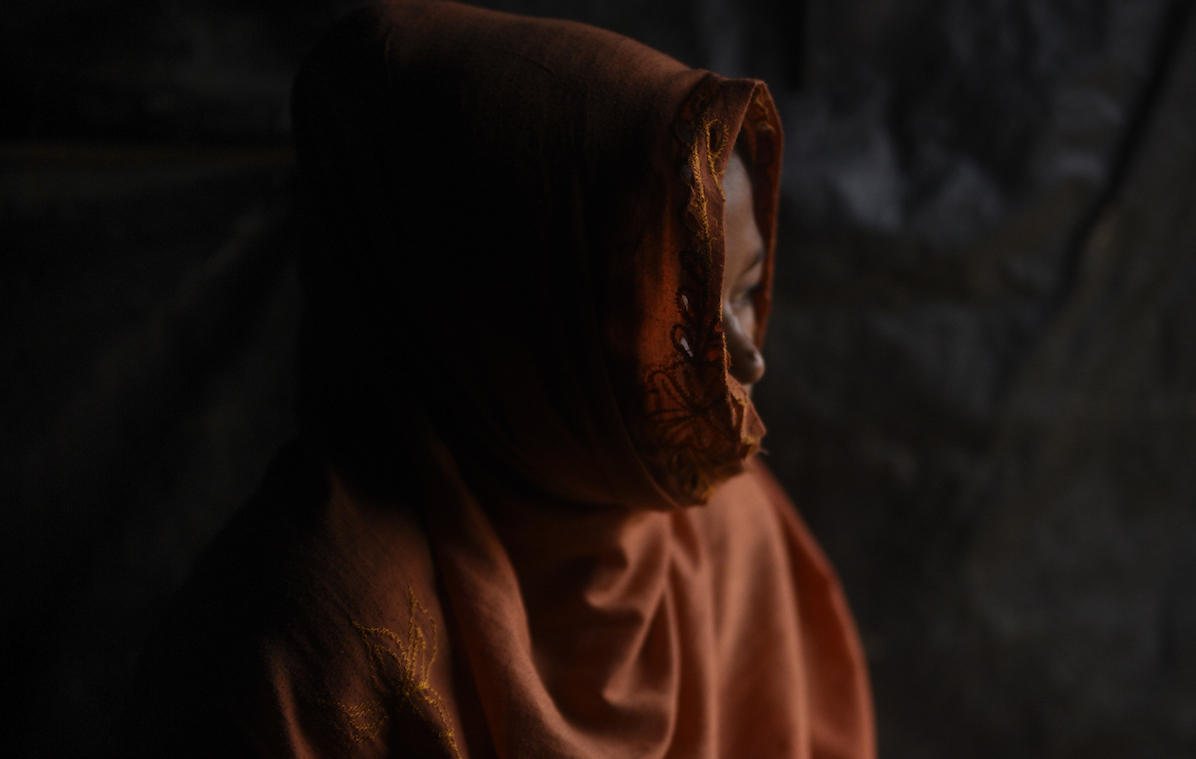 Arefa*, 17, had only been married a month and a half when her 18-year-old husband was shot and killed at a protest against the military crackdown. She fled Myanmar with her family but along the way she got lost and was raped. Now she is pregnant and unsure if the father of her child is her late husband or the man who raped her.

Like so many other Rohingya victims of sexual assault, Arefa is reluctant to go to a clinic to give birth. “I would like to have the baby in my house. If I can do it here safely, why would I go to the clinic?” But she knows that childbirth is difficult and worries about delivering at home. She also worries about how her child will be greeted by her fellow camp residents. “I’m scared they will call the baby a mongrel. But as long as I am here, nothing will happen to him. I’ll love him and I will treat him fairly. I will make sure he’s educated and raise him properly.” 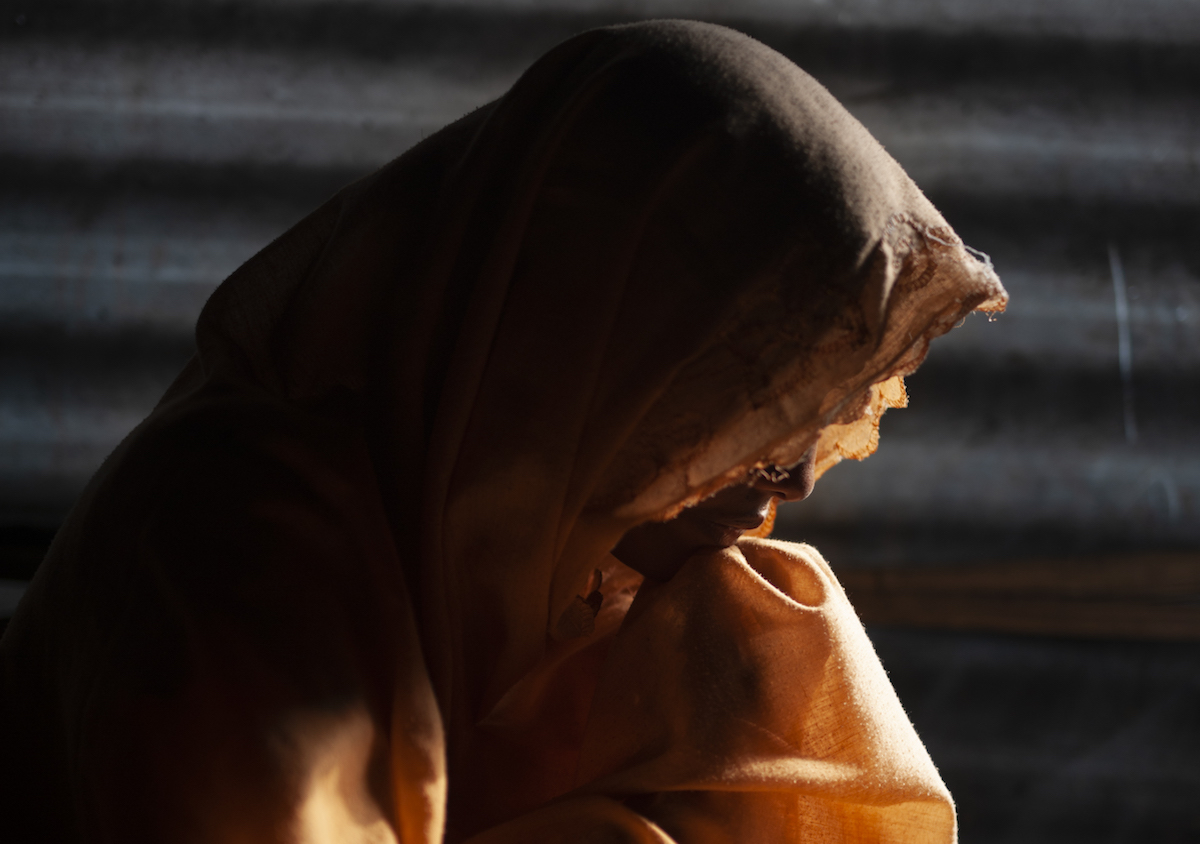 “I lost my husband in the chaos and haven’t had any news of him since,” 15-year-old Nafiza* told UNICEF inside the small shelter where she lives at a refugee camp in Bangladesh. “I don’t know if he is dead or injured.” Nafiza had been taking birth control pills while her husband was still alive because both she and her husband feared she was too young to become a mother. But now, seven months pregnant, she believes the child she carries was conceived during her rape by Myanmar army soldiers.

“By the grace of God we managed to make it here. There was widespread rape in Myanmar, some women were even killed after being violated. Other women were abducted from their houses.”

Despite her ordeal, Nafiza says she “desperately wants to give birth.” She's eager to have “someone around for the rest of my life," someone she can care for. "I will never abandon my child. If I was going to do that, I would have already done it by now. I’ll tell him that his father was killed by the military. When my child grows up, I want him to become educated." 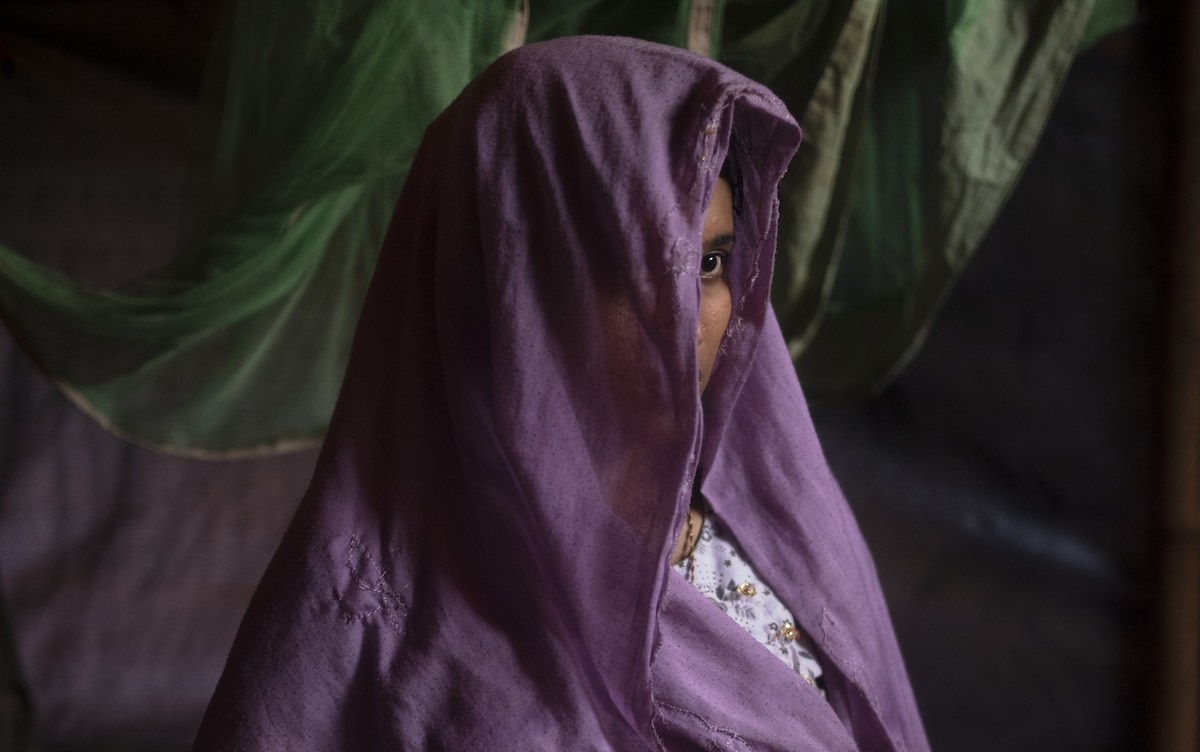 “We had been married three or four months when they killed my husband,” recalls 17-year-old Sameera*. “The military came into our village, shooting randomly. Men from the village banded together, carrying sticks. But all of them were shot and killed by the soldiers.” Two days later, three soldiers arrived at her door, bringing two Rohingya girls with them. All three of them were violated and she was beaten with the butt of a gun.

Sameera eventually made her way to Bangladesh with her in-laws and discovered she was pregnant. Though she doesn't know if the child is her late husband's or her rapist's, she looks forward to her child's birth because "he or she will be mine, no matter who the father is.”

More than 16,000 Rohingya babies have been born in refugee camps and informal settlements in Cox’s Bazar, Bangladesh in the nine months since the violence spiked in Rakhine State, forcing thousands of families to flee their homes across the border. “It is impossible to know the true number of babies who have been or will be born as a result of sexual violence,” says Edouard Beigbeder, UNICEF Representative in Bangladesh. “But it is vital that each and every new and expectant mother and every newborn receives all the help and support they need.”

UNICEF is providing antenatal and post-natal care to mothers and their babies via regular home visits and more than 150 parent groups that have been set up across the camps.

UNICEF is also advocating for proper, legal birth registration for newborns, concerned that without this, babies will have trouble accessing the vital basic services they are entitled to.

Learn more about UNICEF's work to help Rohingya mothers and babies and how you can do your part.

* All names have been changed