Lack of internet connectivity is jeopardizing the educations and futures of 2.2 billion children and young people. What this means, and what UNICEF and partners are doing about it.

Two-thirds of the world’s school-age children – roughly 1.3 billion children ages 3 to 17 – do not have an internet connection at home, according to a new joint report from UNICEF and the UN's International Telecommunication Union (ITU).

The report, released Dec. 1 and entitled, How Many Children and Youth Have Internet Access at Home?,  notes a similar lack of access among youth and young adults ages 15 to 24, with 759 million (63 percent) unconnected at home. 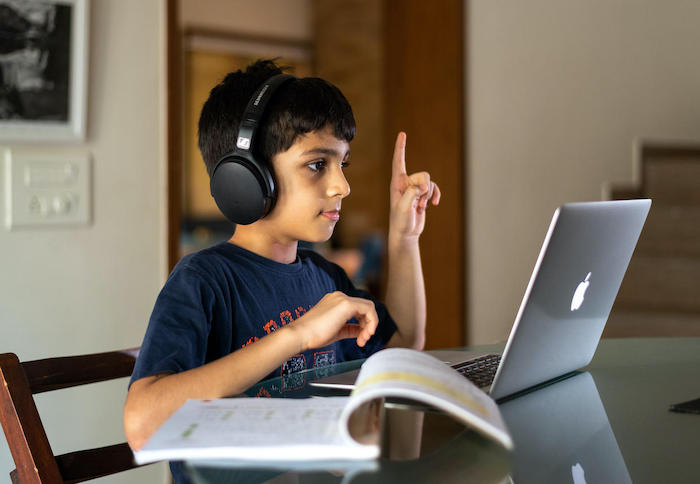 Veer, 10, attends online school during COVID lockdown from his home in India. © UNICEF/UNI355769/Panjwani

Using the latest available household survey data from 87 countries, the report finds significant inequities between countries, regions, wealth groups and urban-rural settings. For example, only 5 percent of children and young people in West and Central Africa have internet access at home compared to the 33 percent global average.

Differences are starker yet between rich and poor countries. In high-income nations, 87 percent of children and young people have internet access; in low-income countries, only 6 percent do.

“Lack of connectivity doesn’t just limit children and young people’s ability to connect online, it prevents them from competing in the modern economy," UNICEF Executive Director Henrietta Fore said. "It isolates them from the world."

The digital divide is more than a gap, Fore added. "It is a digital canyon."

The digital divide is more than a gap — it is a digital canyon.

Children and young people from the poorest households, rural and lower-income nations are falling even further behind their peers, and left with very little opportunity to ever catch up.

And with COVID-related school closures still affecting nearly a quarter of a billion students worldwide — forcing them to rely on virtual learning — lack of internet access also jeopardizes their educations, Fore noted. "Put bluntly: Lack of internet access is costing the next generation their futures." 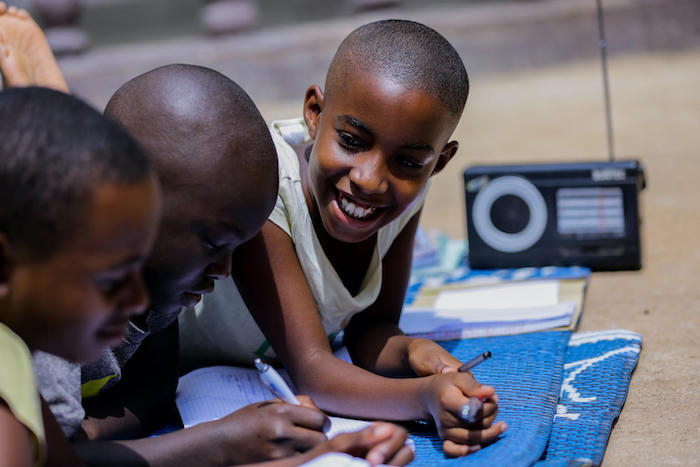 For Dative, Kevin and Merveille in Rwanda, remote learning means listening to lessons on the radio. School closures to prevent the spread of COVID-19 continue to affect nearly a quarter billion children worldwide. © UNICEF/UNI319825/Kanobana

School-age children in sub-Saharan Africa and South Asia are the most affected, with around 9 in 10 children unconnected, due to lack of mobile-broadband network coverage. "Connecting rural populations remains a formidable challenge,” said ITU Secretary-General Houlin Zhao.

In 2019, UNICEF and ITU launched Giga, a global intiative to improve connectivity in underserved areas. The aim is to connect every school and surrounding community to the internet by 2030. So far over 800,000 schools in 30 countries have been mapped to provide the information partners in the project need to start planning for new infrastructure, with support from a combination of public and private funding.

Giga is proceeding in coordination with UNICEF's Reimagine Education initiative, which aims to tackle the global learning crisis — made worse by the current pandemic — by giving children and young people equal access to quality digital learning. Universal internet connectivity is the key to success for both intiatives.

There are other issues that need addressing. According to ITU's latest data, low digital skills remain a barrier to meaningful participation in a digital society, while mobile telephony and internet access remain too expensive for many in the developing world as the result of vast disparities in purchasing power.

Even when children have a connection at home, other barriers exist, such as pressure to do chores or to work; lack of sufficient devices in households; girls being permitted less or no internet access; and lack of understanding of how to access opportunities online.

Yolanda, 9, participates in a virtual class from home in New York City. In high-income countries, 87 percent of kids have internet access at home. In low-income countries, 6 percent do. © UNICEF/UNI320494/Elias

"Closing the digital divide will require significant resources, cooperation and dedication," Fore and Doreen Bogdan-Martin, director of ITU's telecommunication development bureau, note in the report's foreword. "But we must act – the ability of many children and young people to achieve their full potential depends on it."

Support UNICEF's programs to help the world's children and young people continue to learn and reach their full potential.

Top photo: With an internet connection at her home in Yopougon, a suburb of Abidjan, Côte d'Ivoire, Tchétché, 16, is able to participate in an online women's leadership training course during the COVID-19 pandemic. © UNICEF/UNI324031/Diarassouba