On the 25th anniversary of his death, we look to the visionary UNICEF leader's past successes as we fight today's most pressing children's crises.

You may not know the name Jim Grant, but you know his work.

Through his career in international development, and especially as UNICEF's Executive Director from 1980 to 1995, James P. "Jim" Grant excelled at mobilizing global support around problems that were paradoxically daunting and simple at the same time — particularly child mortality and global vaccine coverage. Through what he dubbed the "child survival revolution," Grant and UNICEF pressed world leaders and rallied communities around these common causes, with extraordinary results: the advancements made during this era helped save the lives of 25 million children during his lifetime, and many more after his death.

January 28, 2020 marks the 25th anniversary of Grant's passing. In the years since, we've built on his successes, slashing the number of childhood deaths even further and reducing extreme poverty. But as we face challenges new and old, it's worth reflecting on Grant's unique approach to solving development issues. How can his strategies be applied today? 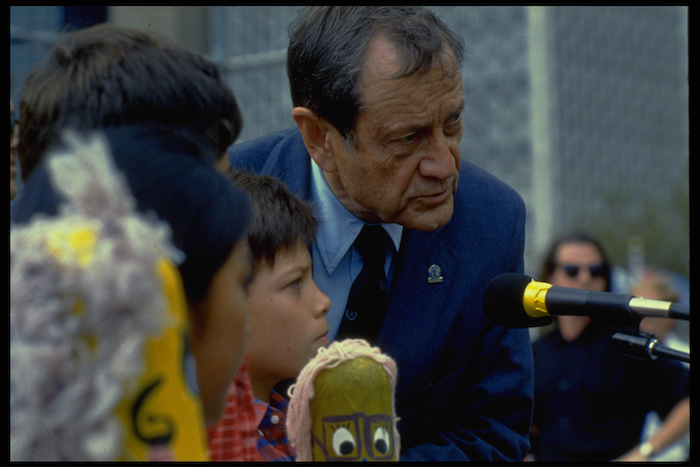 As UNICEF Executive Director between 1980 and 1995, Jim Grant was a tireless advocate for children. © UNICEF/UNI51127/Barbour

"Grant was probably the greatest advocate for vaccines ever," says Adam Fifield, author of "A Mighty Purpose," which chronicles Grant's tenure at UNICEF. "When he joined the organization, he vowed to remake it, or take it to the next level." In those days, UNICEF's budget was relatively modest, and so he decided to use the organization's influence to push governments and partners around the world to put their muscle behind the fight. The results were staggering: Between 1980 and 1990, worldwide childhood immunization rates for six killer diseases rose from between 16 and 21 percent to nearly 80 percent.

Improving immunization rates was key to former UNICEF Executive Director Jim Grant's vision, and he built a Grand Alliance for Children to make it happen

Achieving these results often meant braving conflict zones, as Grant did in 1984 when he traveled to El Salvador during the country's civil war. "One of his talking points was that vaccine-preventable diseases kill more kids in El Salvador than bullets, so both sides should make this a priority," says Fifield.

With his staff, Grant helped negotiate "Days of Tranquility," humanitarian ceasefires that enabled diverse coalitions of people, from community vaccinators to global partners, to pursue the goal of immunizing children. At the time, Grant called upon combatants to fight the “common enemies” of childhood disease. He would use this approach to find a common interest — saving children's lives, and capturing the goodwill that came with it — time and time again. 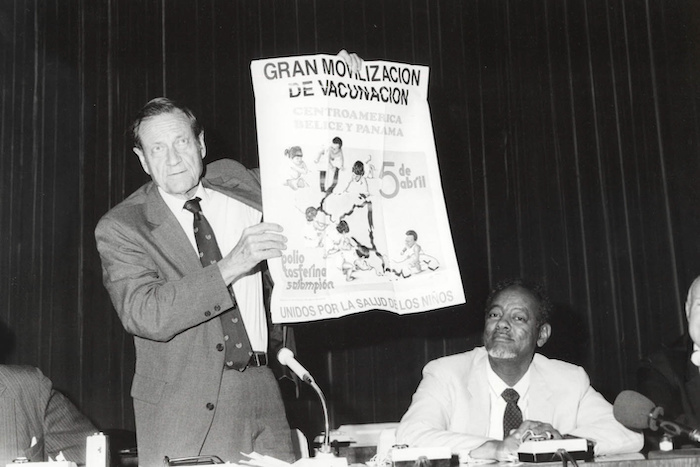 During his groundbreaking tenure as UNICEF Executive Director, Jim Grant mobilized a coalition of governments and private partners to vaccinate the world's children. Above, he holds a poster publicizing an immunization campaign in Belize and Panama. © UNICEF/UNI16504

Though Grant, his staff and health workers around the world made significant progress in winning hearts and minds, last year proved that vaccine skepticism remains a danger. The World Health Organization reported a record-setting number of measles outbreaks around the world in 2019, a direct result of widespread misinformation. But just as it did in the '80s and '90s, coalition building could hold the answers.

"In this era when there's skepticism of institutions and of pharmaceutical companies, one tactic that we might consider and that Jim Grant used is to build another alliance for children around the goal of immunization," suggests Fifield, nodding to everyone from doctors to Boy Scouts to politicians on both sides of the aisle. "If you had a group of people who were loud enough and persistent enough, you might even win over people who were skeptical."

Raising immunization rates was one of the most pressing issues of Grant's time, but he didn't stop there. "He was looking ahead 20 to 30 years all the time," says William Grant, one of his two surviving sons, who also works in humanitarian development.

When William was an undergraduate, his father regularly urged him to get a business degree. "He would say the private sector is where development is going to be," says William. "That's what he saw back in 1978 as the key wave of the future, and now we have the private foundations and businesses in there spending billions and billions of dollars." 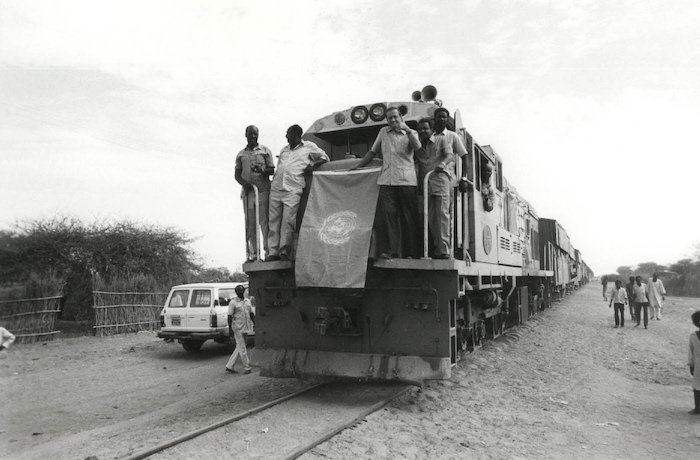 Jim Grant stressed the importance of smaller victories and measurable outcomes on the long road of his Child Survival Revolution. Above, he stands on board a relief train delivering supplies to Sudan. © UNICEF/UNI16302

Towards the end of his life, Grant saw growing inequality as the biggest potential problem of the 21st century. Sadly, he was spot on again, as income disparities and a lack of opportunities plague both developed and developing countries. Where to start with such a pervasive issue? By figuring out a small set of measurable objectives and working from there.

"A country may be doing well at the country level," says William, "but if you break it down into regional levels, you see a lot of communities being left behind. Nobody is focusing at that differentiated level." That may be where Grant would start. 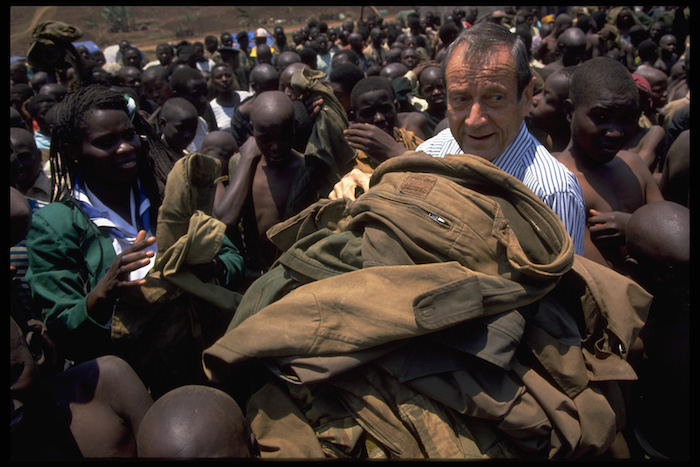 At a military camp in Rwanda, Jim Grant helps stack military shirts that some 500 former child soldiers spontaneously removed after learning they would be transferred to a UNICEF-assisted center for unaccompanied children. Grant recognized that providing opportunity and hope were key to fighting poverty.  © UNICEF/UNI16302

Finding examples of what worked, doing lots of hard analysis and developing evidence-based programming was at the heart of this approach. Years ago, former UNICEF Deputy Director Kul Gautam outlined the Ten Commandments of Grant's leadership for development. One of those core principles, according to Gautam, was to establish "time-bound, 'doable' propositions." UNICEF continues to take this approach around inequality in a variety of programs, from education to cash transfers, all of which are designed to address basic needs in clear, measurable ways.

In a sense, the children's crises of Grant's day were simpler. Though the fight against preventable diseases required incredible people power and resources, in the end, the solutions were clear. Inequality and other social issues, like climate change, are less tangible. 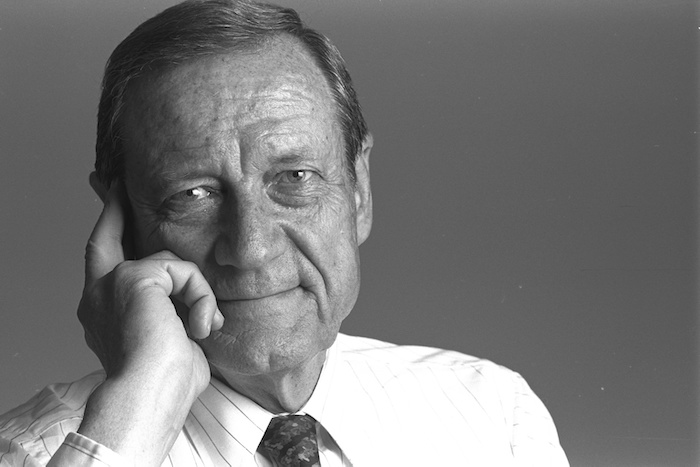 Former UNICEF Executive Director Jim Grant "swept the impossibility away" to save children's lives and bring progress to all, says Adam Fifield, author of "A Mighty Purpose," a chronicle of Grant's tenure at UNICEF. © UNICEF/UNI51221/Rubino1991

William wonders how his father might have used communications technology and social media today to build consensus. "He was a master communicator. What would he be doing to get [people] to mobilize communications campaigns through tools available today?"

It's impossible to know for sure, but it's safe to say that if Grant were still with us today, he'd be up for the challenge. As Fifield puts it, "He swept the impossibility away. He would always say that saving children's lives was a giant step toward his ultimate goal, which was to make the world a better place for everyone by bringing the benefits of progress to the many and not just the few." We cannot rest until we achieve that dream.