Ridding the World of Rotavirus, One Dose at a Time

See how far we've come in the fight against rotavirus, the deadliest diarrheal disease in children under five. But not every child is protected yet.

It used to be that every child living in the developing world contracted rotavirus at least once before his or her fifth birthday. (Rotavirus can cause severe diarrhea and dehydration and turn fatal if left untreated.)  And every year, 350,000 to 600,000 children — about one in 300 — would die as a result.

We've come a long way since then. After the rotavirus vaccine was developed and distributed, the number of cases plunged dramatically, saving hundreds of thousands of young lives and keeping millions more out of the hospital.

How was so much suffering avoided? Through the power of vaccines.

Batetoba, far right, made sure her daughter Tabaria was vaccinated against rotavirus after a spike in diarrheal disease sickened many children in their community in Kiribati, an island nation in the Central Pacific. © UNICEF/Kataotao/2017

Fortunately, rotavirus — like measles, mumps, rubella, polio and whooping cough — is less of a menace than it once was. While the journey from the discovery of the rotavirus vaccine to the disease's eradication is far from over, that path will probably be much shorter than the nearly two centuries it took to wipe out smallpox, the first disease to be defeated in this way. And rotavirus already offers a great example of how, through mass immunization and massive collaboration, the international community has been able to move the needle against preventable threats to children's health and well being.

Rotavirus is not the only cause of diarrheal disease affecting children, but it is the most common — and the deadliest.

Rotavirus is not the only cause of diarrheal disease affecting children, but it is the most common — and the deadliest. It is one of the leading causes of death in children under five worldwide.

The fight against it began in 1973, with the work of Australian virologist Ruth Bishop and colleagues at The Royal Children's Hospital in Melbourne, Australia. Bishop's team discovered the virus, naming it for the microbe's spherical shape, after collecting medical samples from children who were ill with gastroenteritis, an inflammation of the stomach and intestines. Up until that point, the cause of severe dehydrating diarrhea was a mystery in most patients. Rotavirus, it turned out, was a major culprit. 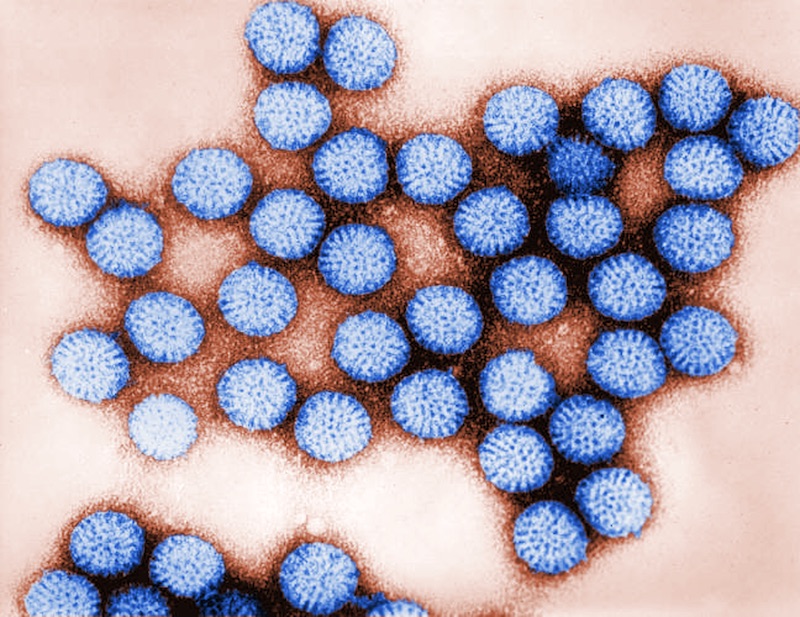 Bishop went on to assist in the development of a vaccine that would protect children against rotavirus infection. Rotarix, manufactured by GlaxoSmithKline, and RotaTeq from Merck & Co. were both introduced in 2006. Pre-certification by the WHO soon followed, along with an international push to roll it out across Southeast Asia and Sub-Saharan Africa, where the needs are greatest.

Thanks in large part to the efforts of Gavi, a global alliance dedicated to bringing vaccines to remote corners of the world, in collaboration with UNICEF and other partners, delivery of the rotavirus vaccine is becoming part of routine care in more and more countries every year. For its part, UNICEF delivered 28 million courses in 33 countries in 2017.

Children who are vaccinated are far less likely to get infected with rotavirus.

Studies of the efficacy of rotavirus vaccines have found that children who are vaccinated are far less likely to get infected with rotavirus, and those who do get sick tend to experience milder symptoms. With oral rehydration therapy, children can recover from rotavirus illness. WHO recommends that all countries include it in their national immunization programs. Those that already have done so have reported steep declines in diarrhea-related mortality — by half, in some countries.

The economic impact of rotavirus vaccination is also profound. Rotavirus immunization saves billions of dollars; it's also remarkably cost-effective. Analysts have suggested that, if all Gavi-eligible countries used rotavirus vaccines, they could prevent an estimated 180,000 deaths and avert 6 million clinic and hospital visits each year, saving $68 million annually in treatment costs.

In other words, the world has made great progress in fighting rotavirus, saving children's lives and reaping the social benefits of immunization. But this progress isn't enough. Far too many children remain vulnerable to rotavirus and other vaccine-preventable diseases. After years of significant gains in global immunization coverage, the overall rate has stalled at 86% — leaving more than 19 million infants unprotected. For the rotavirus vaccine, the coverage rate is far lower, leaving many millions more children at risk. 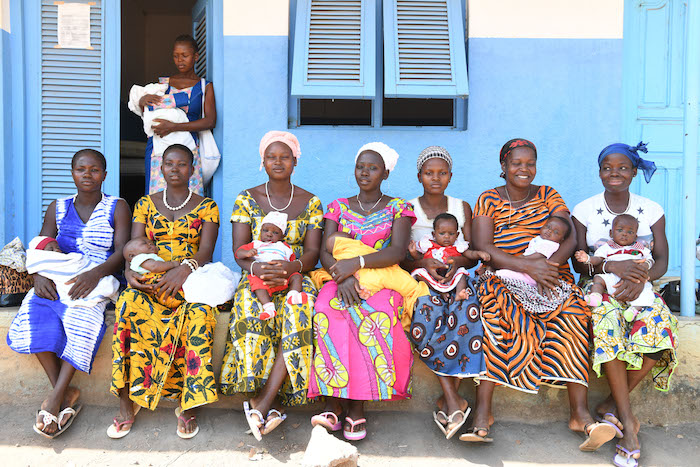 Mothers wait to have their newborn babies immunized outside a maternity health center in the village of Nassian, in northeast Côte d’Ivoire. Basic vaccine care includes protection against yellow fever, rotavirus, measles, influenza, tetanus, hepatitis B and tuberculosis. Since 2000, global vaccination efforts have reached 640 million children in the world's poorest countries, averting an estimated 2 million to 3 million deaths. © UNICEF/UN061672/Dejongh

Top photo: According to the U.S. Centers for Disease Control and Prevention, the rotavirus vaccine is the best way to protect a child against rotavirus illness. Like the polio vaccine, it is given orally. Since its introduction about a decade ago, it has helped slash diarrhea mortality rates in children under five by half in some countries. © UNICEF Ethiopia