One World, Many Languages

ALEX AND ANI and UNICEF celebrate International Mother Language Day, and their partnership to improve multilingual education in South Asia.

International Mother Language Day, first recognized by UNESCO in 1999, celebrates linguistic and cultural diversity worldwide on February 21. On this day, we recognize language, especially minority and indigenous languages, as powerful instruments for transmitting cultures, values and traditional knowledge. This day also commemorates the February 21, 1952 killing of four students in Bangladesh who died campaigning for the right to officially use their mother language, Bengali, in school. For this reason, International Mother Language Day is a public holiday in Bangladesh, where it is also known as  Shohid Dibôsh, or Shaheed Day.

The first language children learn at home — their mother tongue — plays an important role in nurturing their identity and future.  On any given day, approximately 7,000 languages are spoken by children around the world. These languages, especially minority and indigenous dialects, are powerful instruments for transmitting cultures, values and traditional knowledge. Yet only a few hundred languages are genuinely used in education systems and the public domain.

Minority children who don’t speak the main language used in schools are placed at a serious disadvantage. If indigenous or minority languages are overlooked by instructors, this powerful tool for success can become a barrier to understanding learning materials, lead to high drop-out rates, or even prevent future leaders from ever attending school. In areas that are home to many indigenous or minority communities, overlooking mother languages can lead to greater tensions between minority groups and result in unnecessary conflicts.

But educators can quickly become peacebuilders by acknowledging and embracing mother languages in the classroom. With a multilingual education (MLE), children can receive their first learning experience in their mother tongue to give them a firm foundation for acquiring literacy and numeracy skills. This is shown to improve a child’s self-confidence and ability to learn, while lessening the likelihood of dropping out.  Multilingual education has even greater effects of alleviating tensions between minority groups and fostering social cohesion in the community.

In the Kratie Province of Cambodia, UNICEF is training preschool teachers in multilingual education methods to provide children with quality education. Today, with support from UNICEF, the cheerful chatter of 16 children can be heard throughout a village pagoda doubling as a community preschool. Students are learning to introduce themselves and greet others in Khmer, the national language. 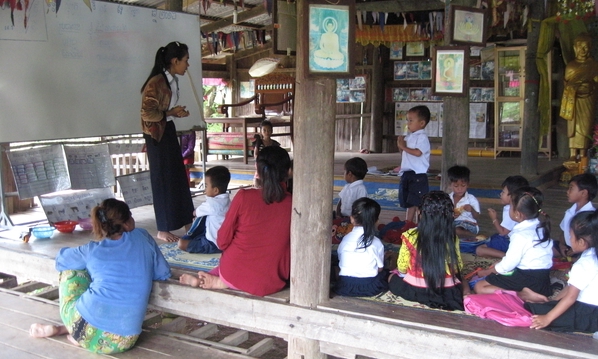 Now in her second year at the school, 5-year-old Im Reaksa (below, right) is one of 16 preschool students receiving a multilingual education in Kratie. Reaska’s three older siblings never attended preschool, which is common for children who don’t speak the primary language of instruction. “Reaksa has more self-confidence and is smarter because she is attending school,” says her mother, Lol Saveth. 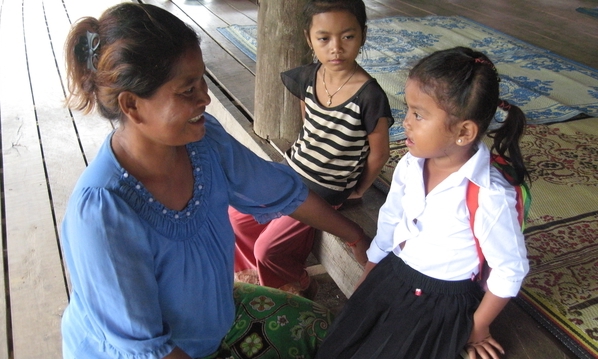 “She does her homework every day, writing her Khmer alphabet. She tells me what she learns and practices it at home, like washing her hands with soap. She even encourages us to do the same.” Saveth is happy and proud of her daughter’s achievements, and dreams of Reaksa going on for higher education. Over 3,000 young children like Reaksa will benefit from multilingual education programming funded by ALEX AND ANI in Vietnam and Cambodia.

Recognizing that language can pave a pathway to peace and social cohesion, ALEX AND ANI has partnered with UNICEF to improve multilingual education and other critical learning programs in preschools across South Asia. By contributing a portion of the purchase price from the sale of select jewelry products, ALEX AND ANI has donated more than $1.45 million dollars to support UNICEF’s Early Childhood Development and Emergency programs.

Jason Gonzalez works on the Corporate Partnerships team at UNICEF USA. He collaborates with companies to identify meaningful ways to activate consumers in support of UNICEF’s mission.

Photo at top: A student reads from the blackboard at a school in Trapeang Prei in Oddar Meanchey Province, Cambodia. © UNICEF/UNI82445/Vink